After A $59.5K Renovation, This Bedok Maisonette Is Now A Lovely Home For A Household Of 8 People

Here’s how the homeowners managed to keep costs down.

For any homeowner embarking on a renovation journey, making over the space to one’s preferences and space planning is important. Even more so when you have eight people living under one roof.

The end goal of this renovation of this 1,679 sq ft maisonette in Bedok was to provide a calming, comfortable multi-generational home for the homeowners who are a couple in their 30s working in the creative and airline industries respectively, their two kids, parents, a sibling and a helper.

“The client was very clear that the lower floor was mainly for play and hosting — but we had to keep the upper floor intact and private so that they could retreat to their own individual spaces at the end of the day,” Studio Abby’s Audrey Tan, the interior designer who helmed the four-month renovation last year, tells 8Days.sg.

“We didn't make major structural changes to the space as the layout worked for the family based on their needs,” she elaborates.

Upstairs, there are three bedrooms and two bathrooms; apart from the common spaces downstairs, there’s also a smaller bedroom and a bathroom in the kitchen.

Renovations for the 36-year-old flat cost $59,500, excluding furnishings and the cost of electrical and air-conditioning work. A veritably cost-efficient renovation, especially for a spacious maisonette. It helped, too, that the homeowners liked the pared down, soothing aesthetics of Dutch design studio, Studio Piet Boon, and going minimal meant they could save money by having fewer built-ins. 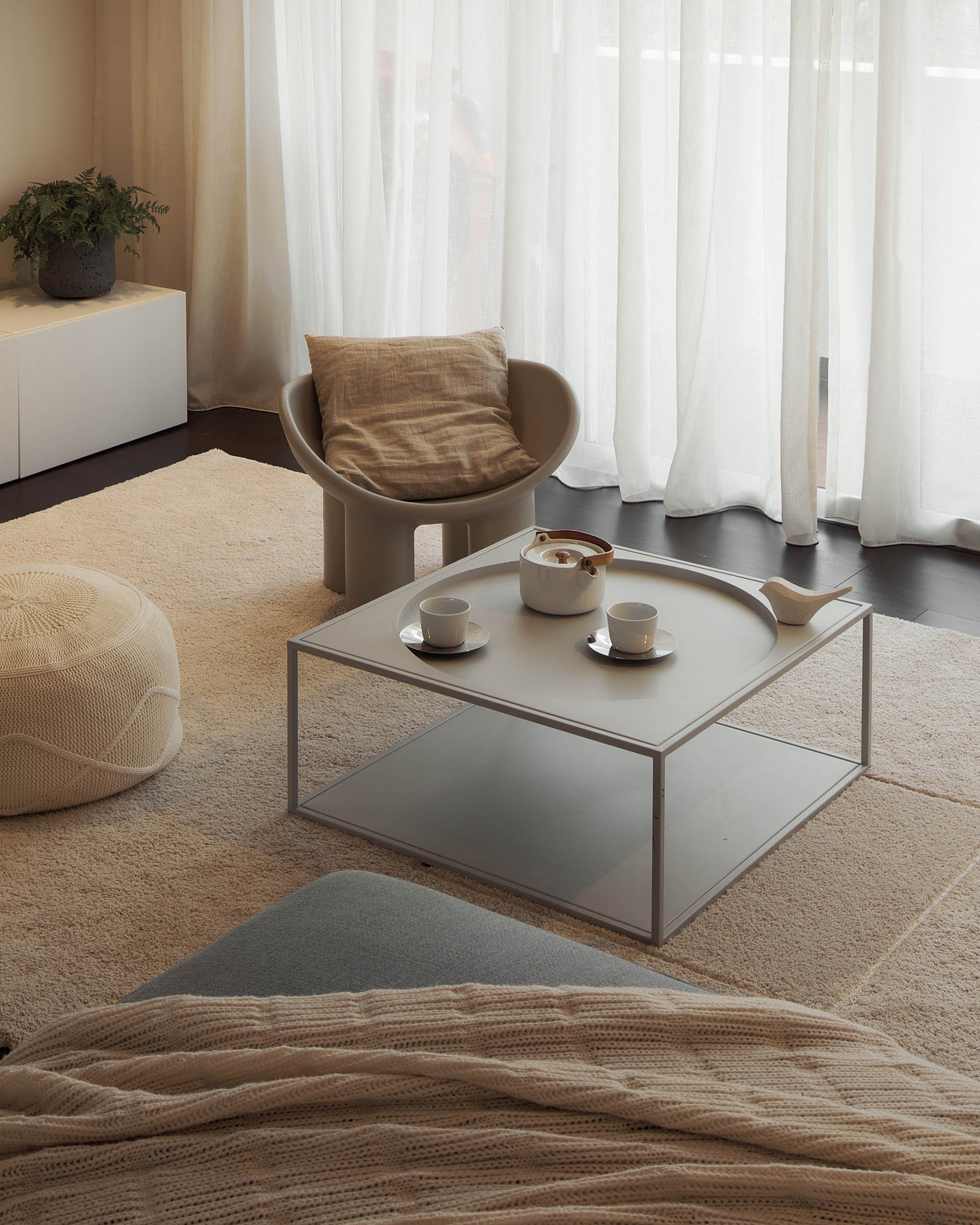 They also managed to save money by keeping several existing features of the house that they’d inherited from the previous homeowners, who had renovated the flat just several years prior. To wit: the existing bedroom doors and false ceiling.

Instead of hacking the bathroom tiles, new tiles were overlaid instead as the previous owners did renovation works less than seven years ago. 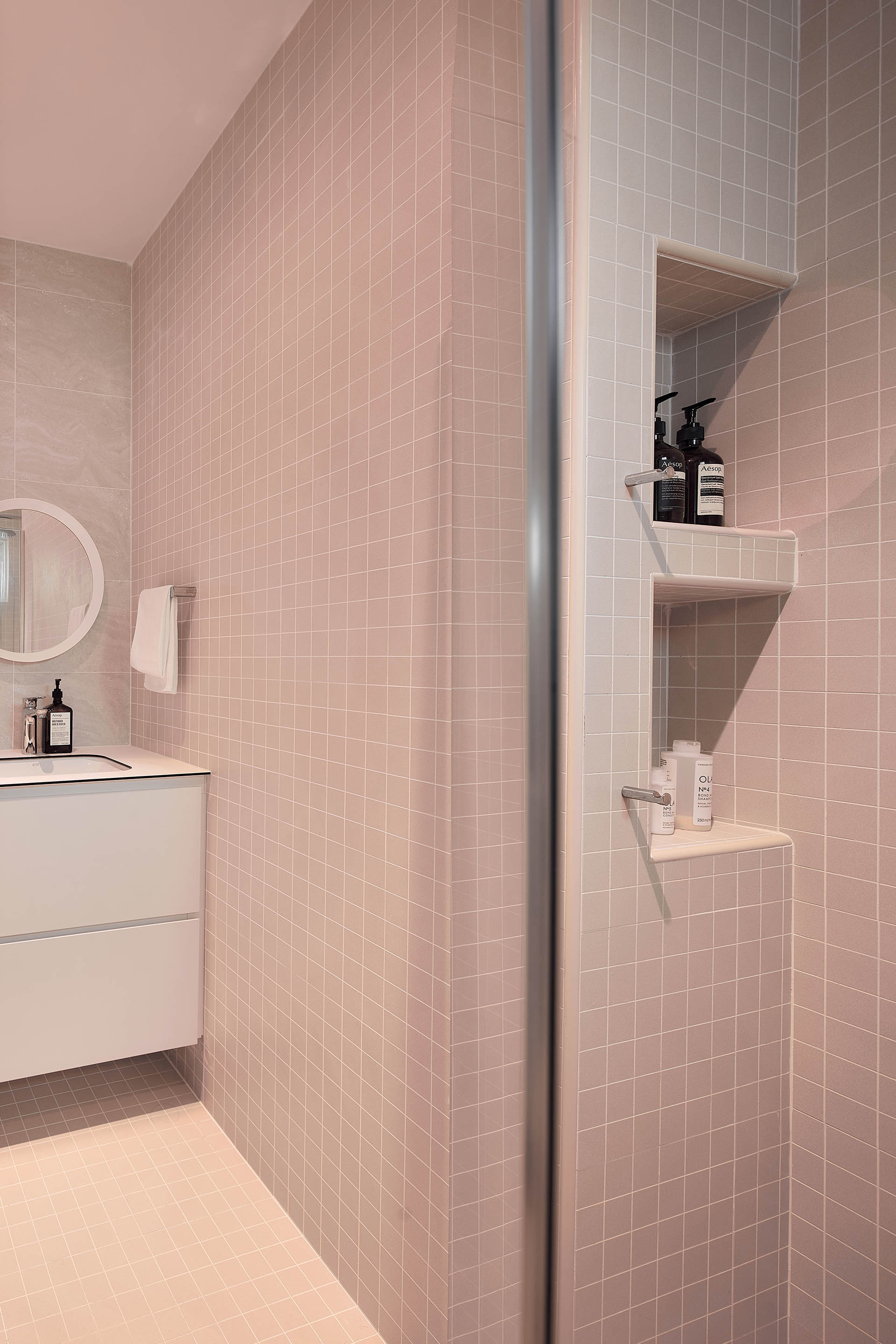 While the homeowners had initially wanted to replace the dark wood flooring to a lighter one to visually enlarge the space, they decided to keep the existing flooring and the staircase balustrade in the end due to budget constraints, and worked around it to achieve their desired interior style. 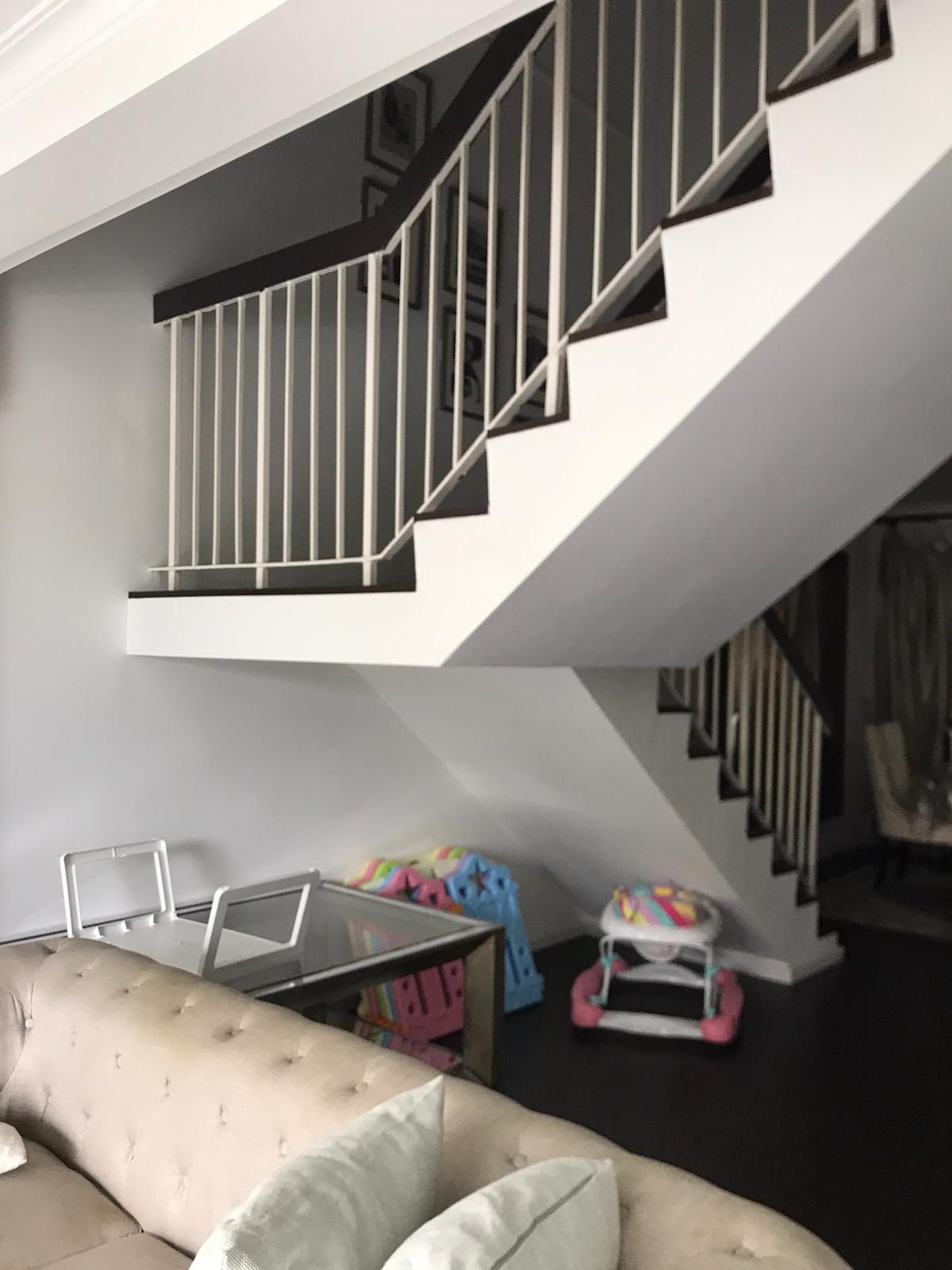 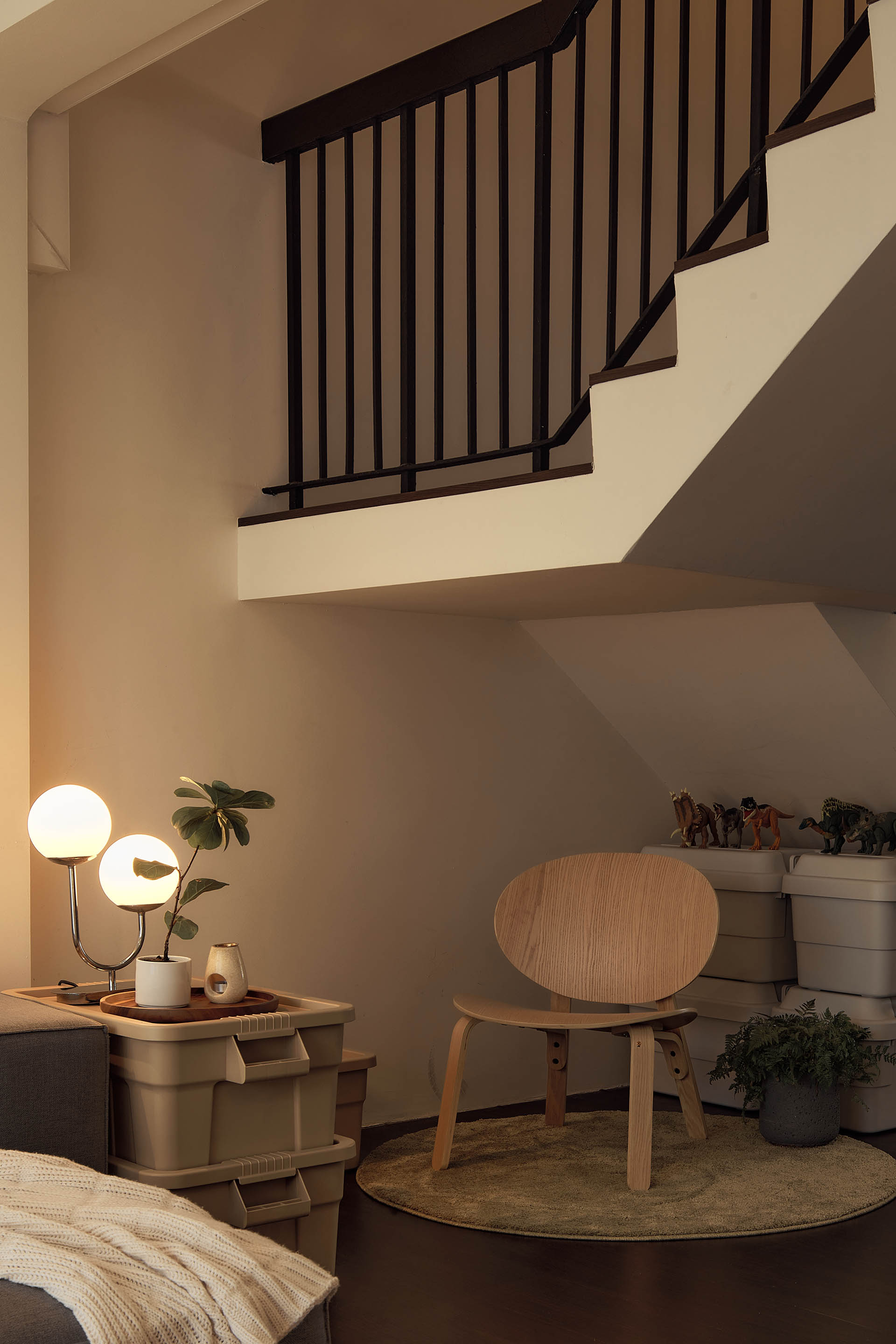 The homeowners also love hosting gatherings big gatherings for friends and extended family at home on a weekly basis, so the home’s new design had to be able to accommodate many guests. To that end, the living and dining areas were kept open-planned without any built-ins. Instead, loose furniture allowed the space to be adaptable to the family members’— and their guests’ — lifestyle needs. 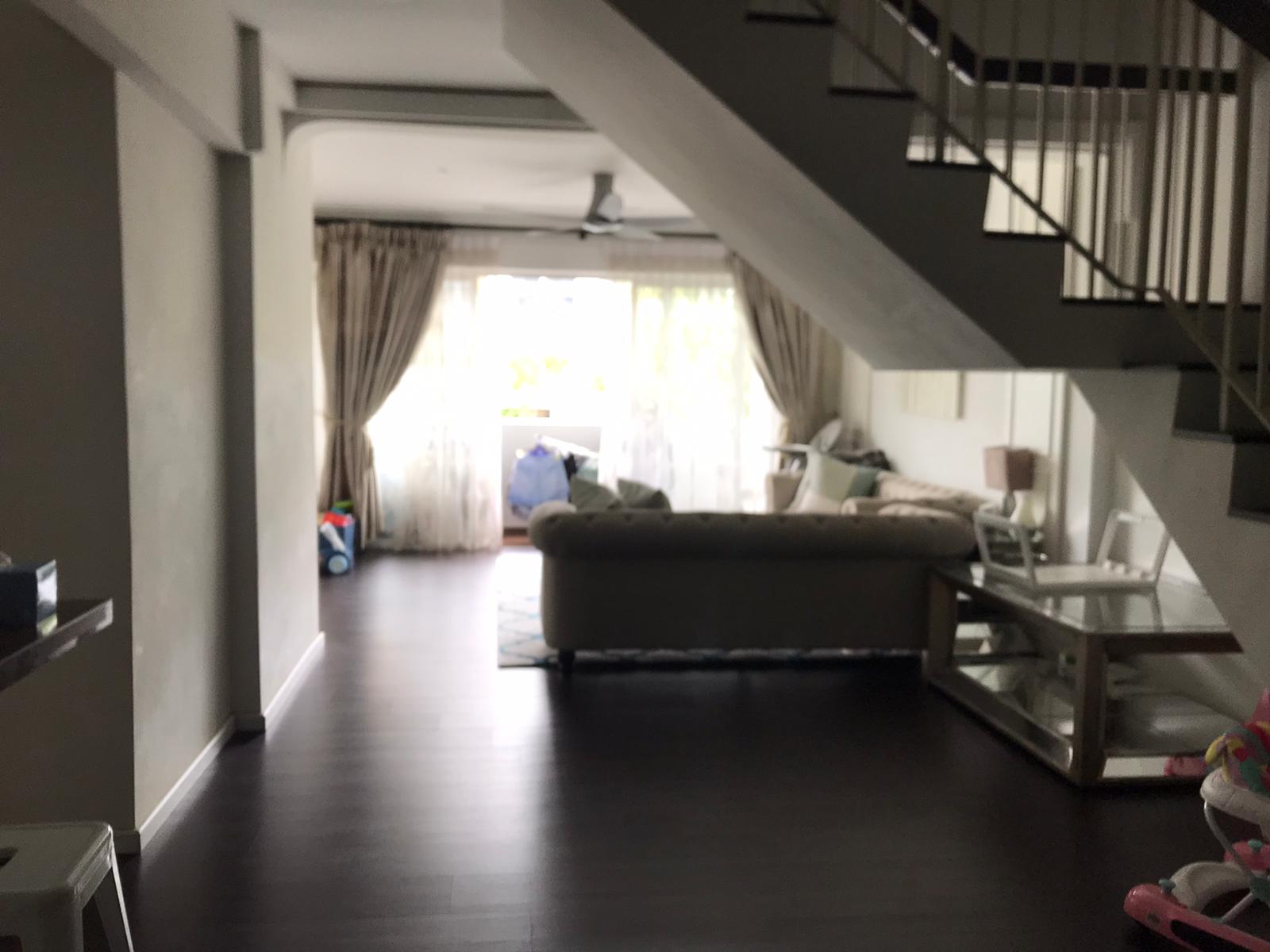 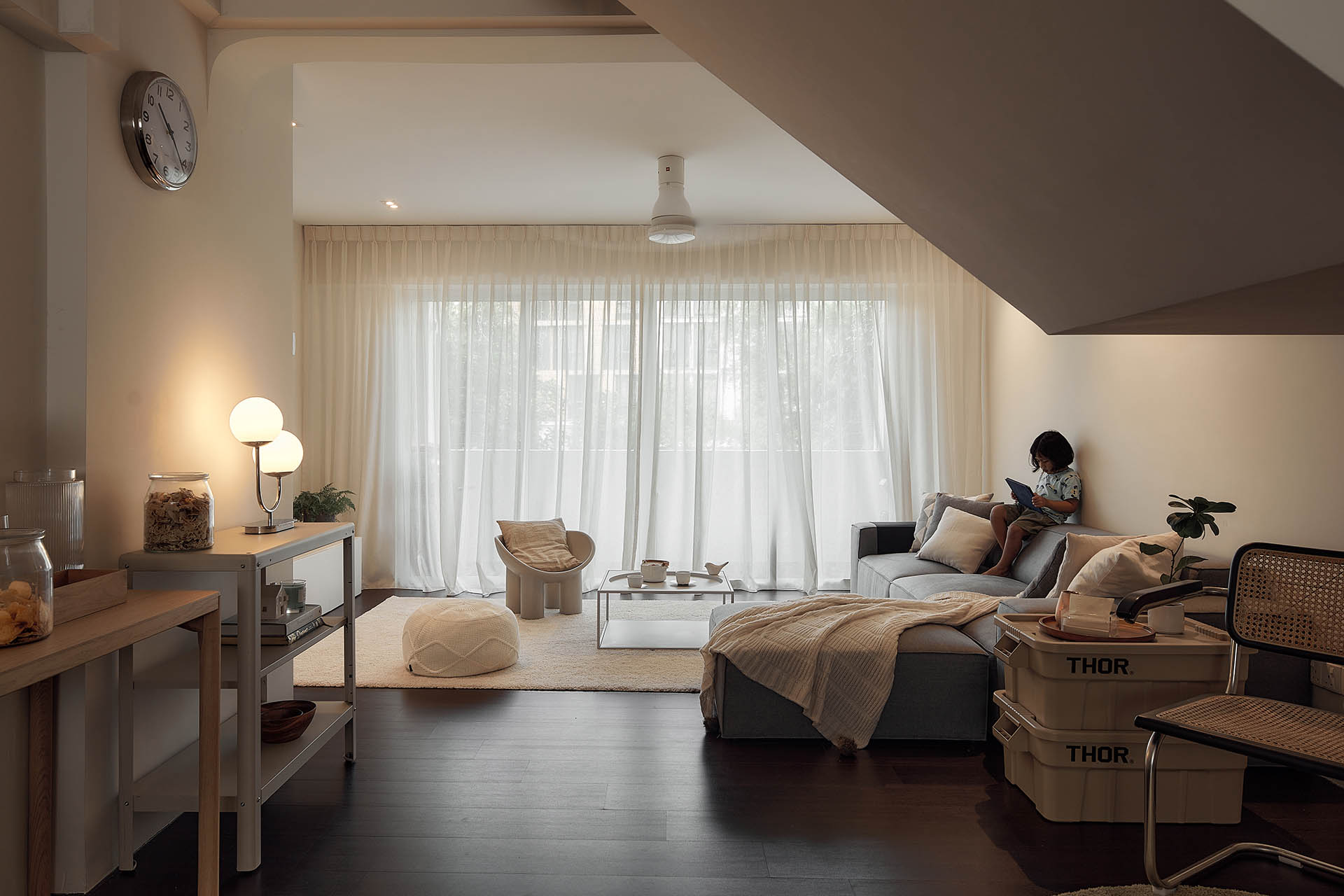 The TV feature wall in the living room was hacked away to achieve maximum minimalist vibes. 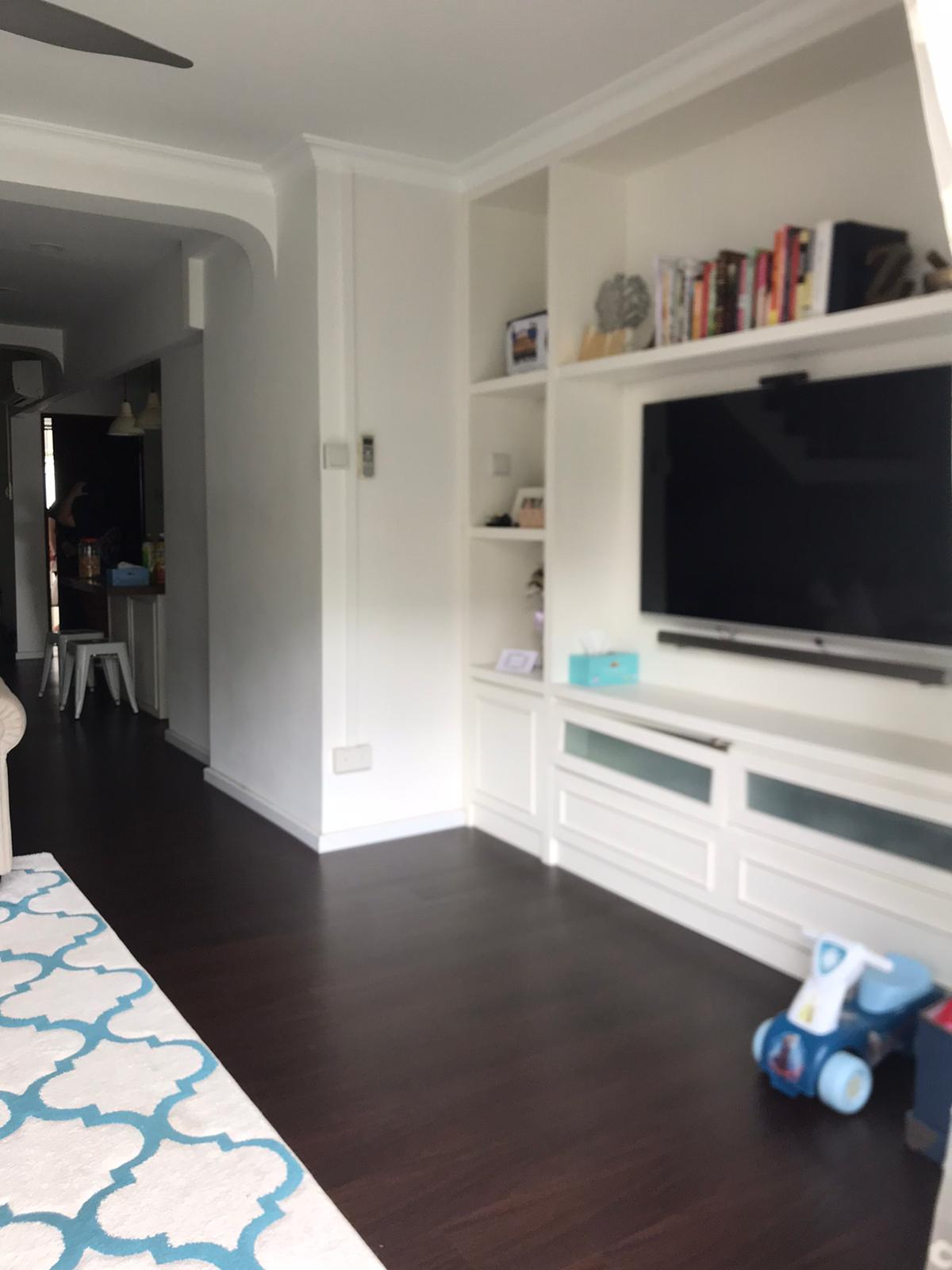 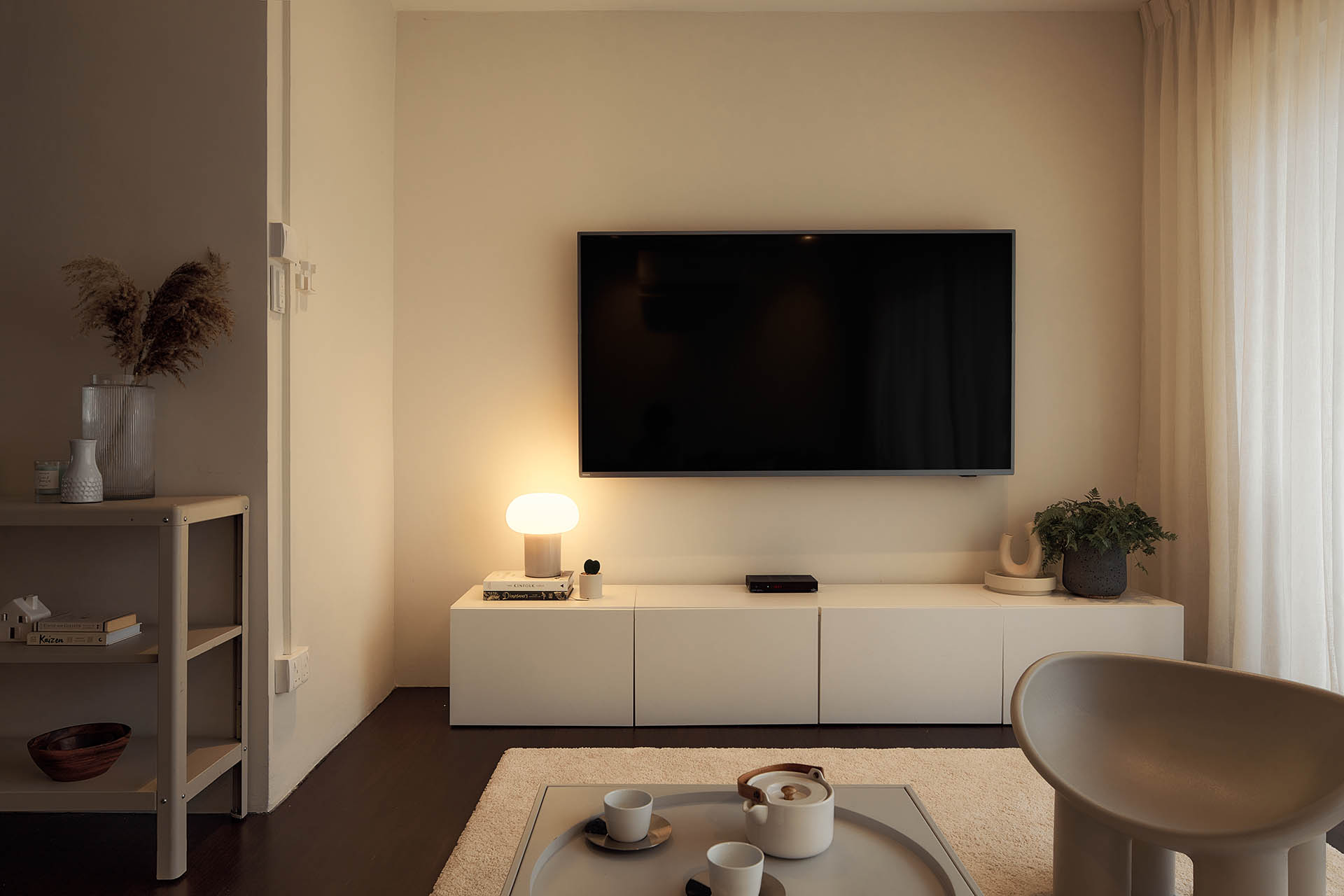 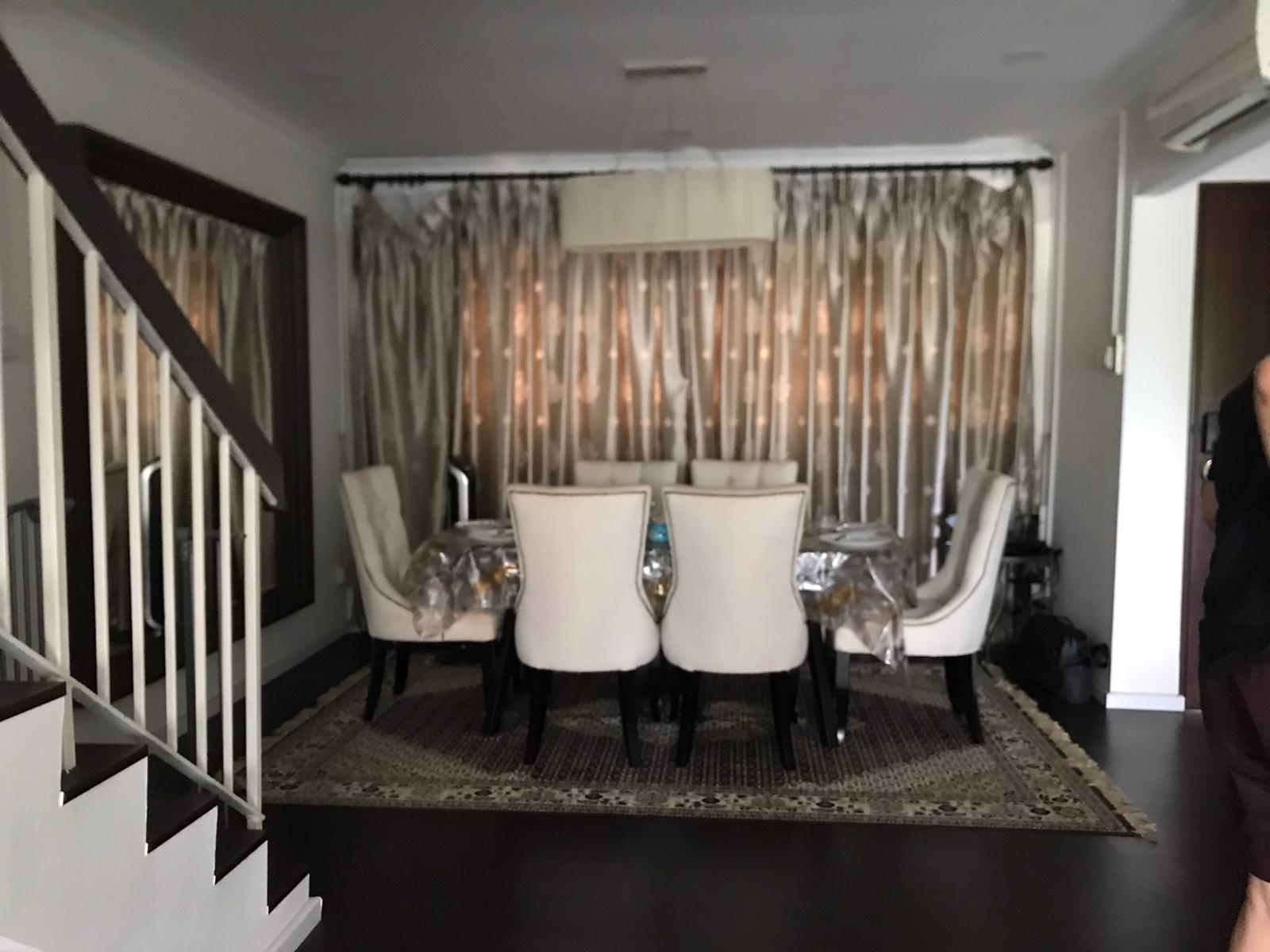 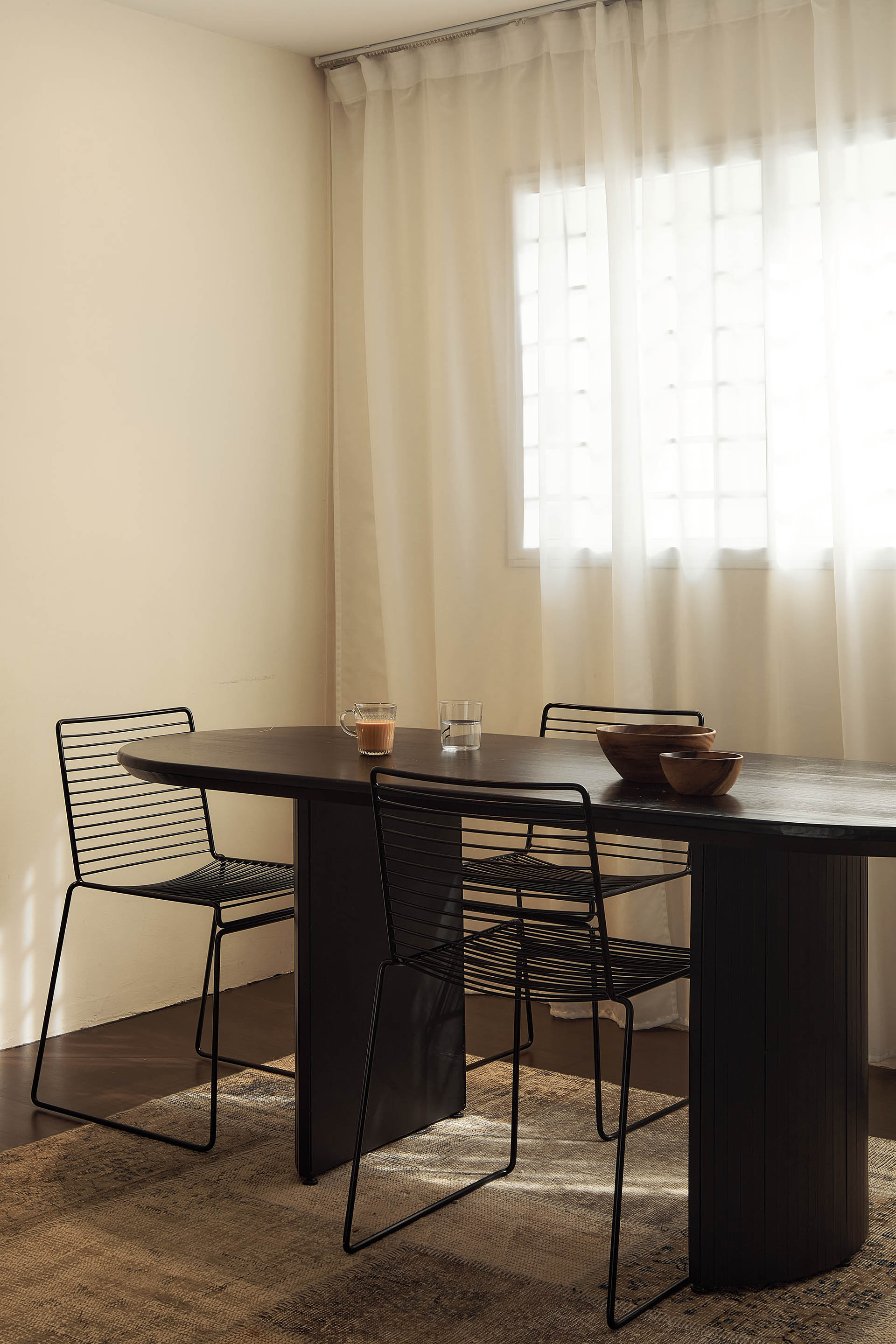 Perhaps one of the biggest transformations took place in the kitchen. After all, the family cooks daily and it’s the heart of many gatherings.

As such, a wall that was previously next to the fridge was hacked away, and an existing island was removed to maximise storage and usable prep space. 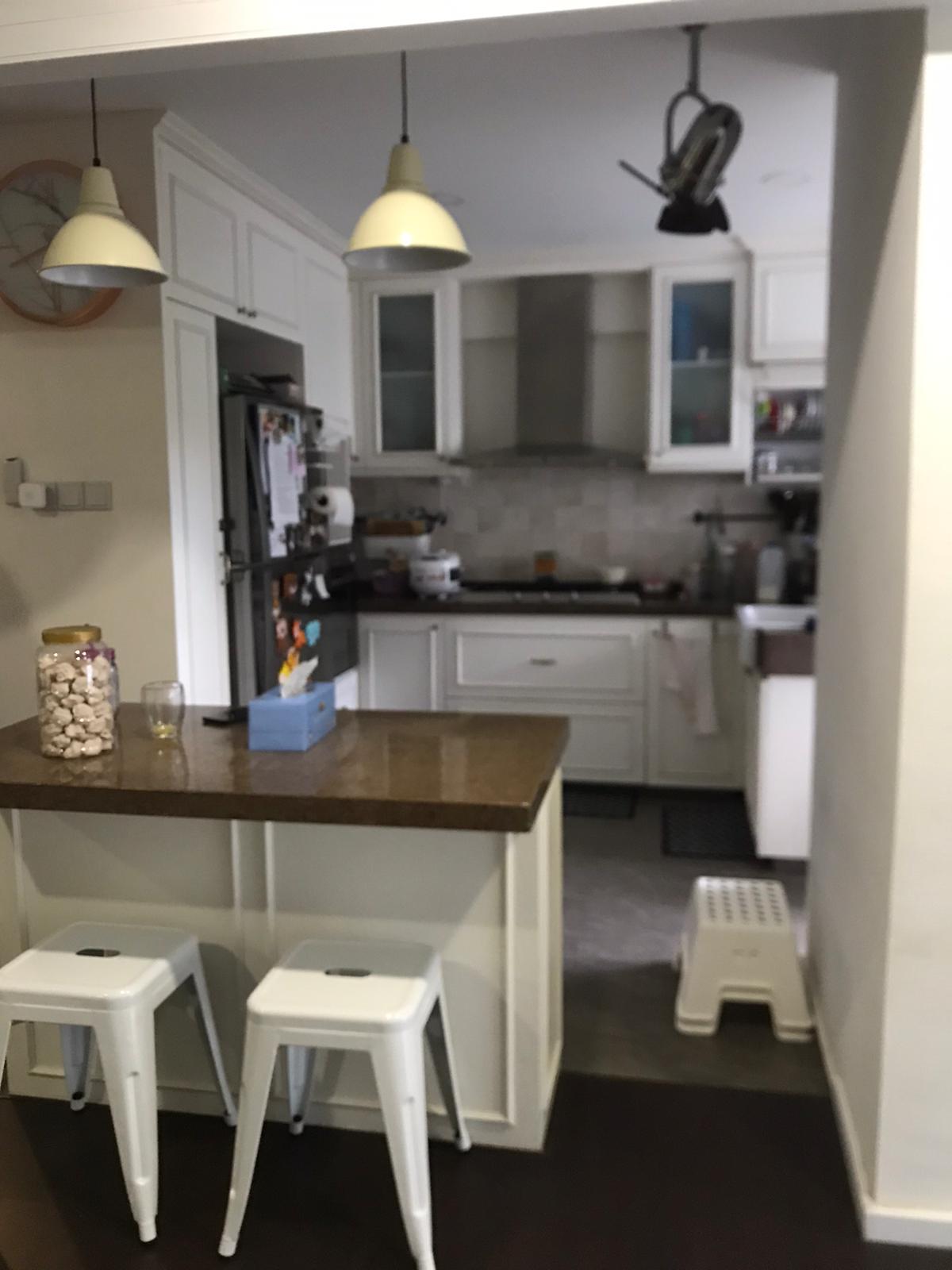 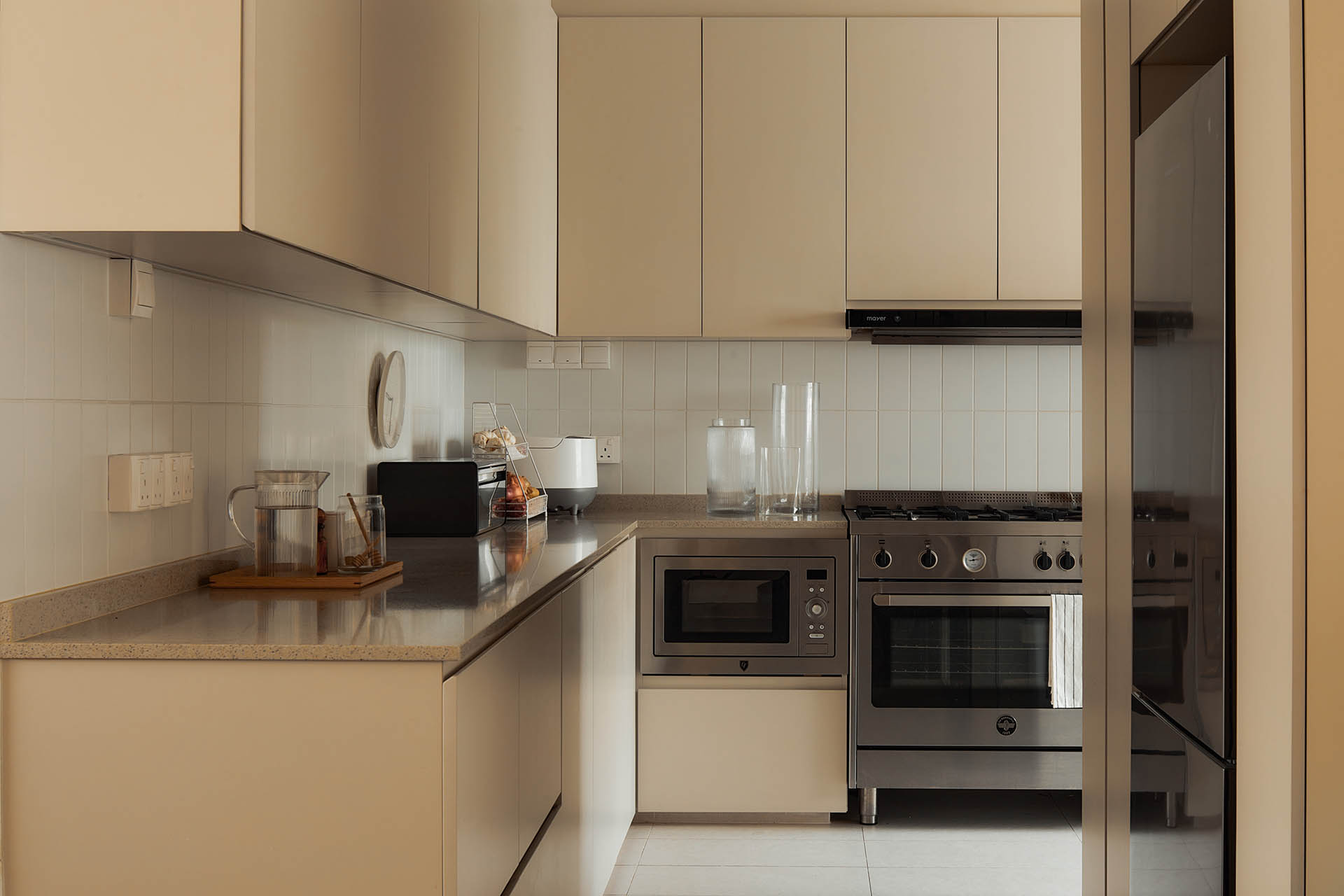 Full height storage was also added to the kitchen. Despite this, it doesn’t overwhelm the space thanks to the neutral palette and clean lines of the cabinetry, which lends itself to the overarching interior style of the house. 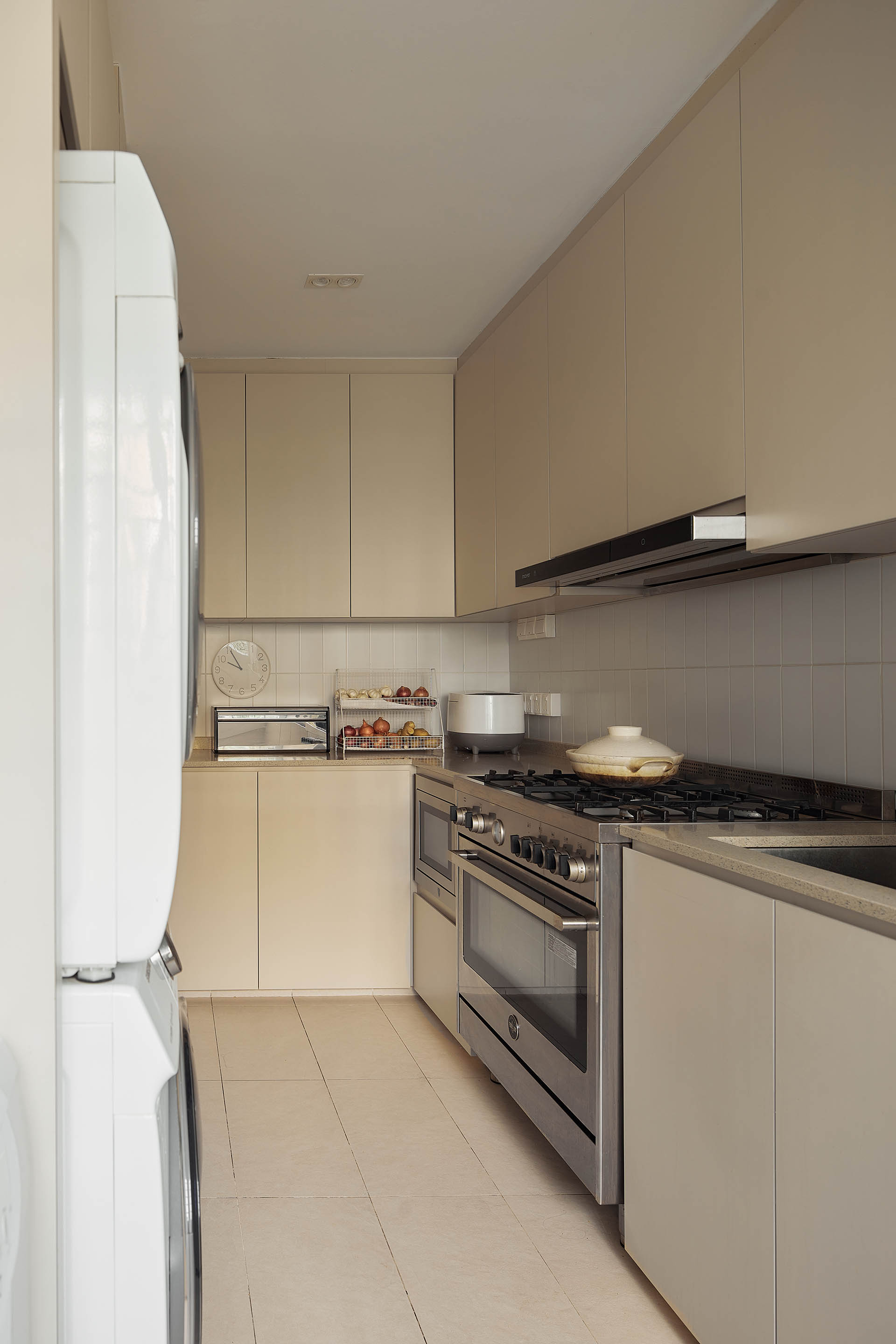 In the primary bedroom, a built-up partition and feature wall were hacked away as well to open up the space. 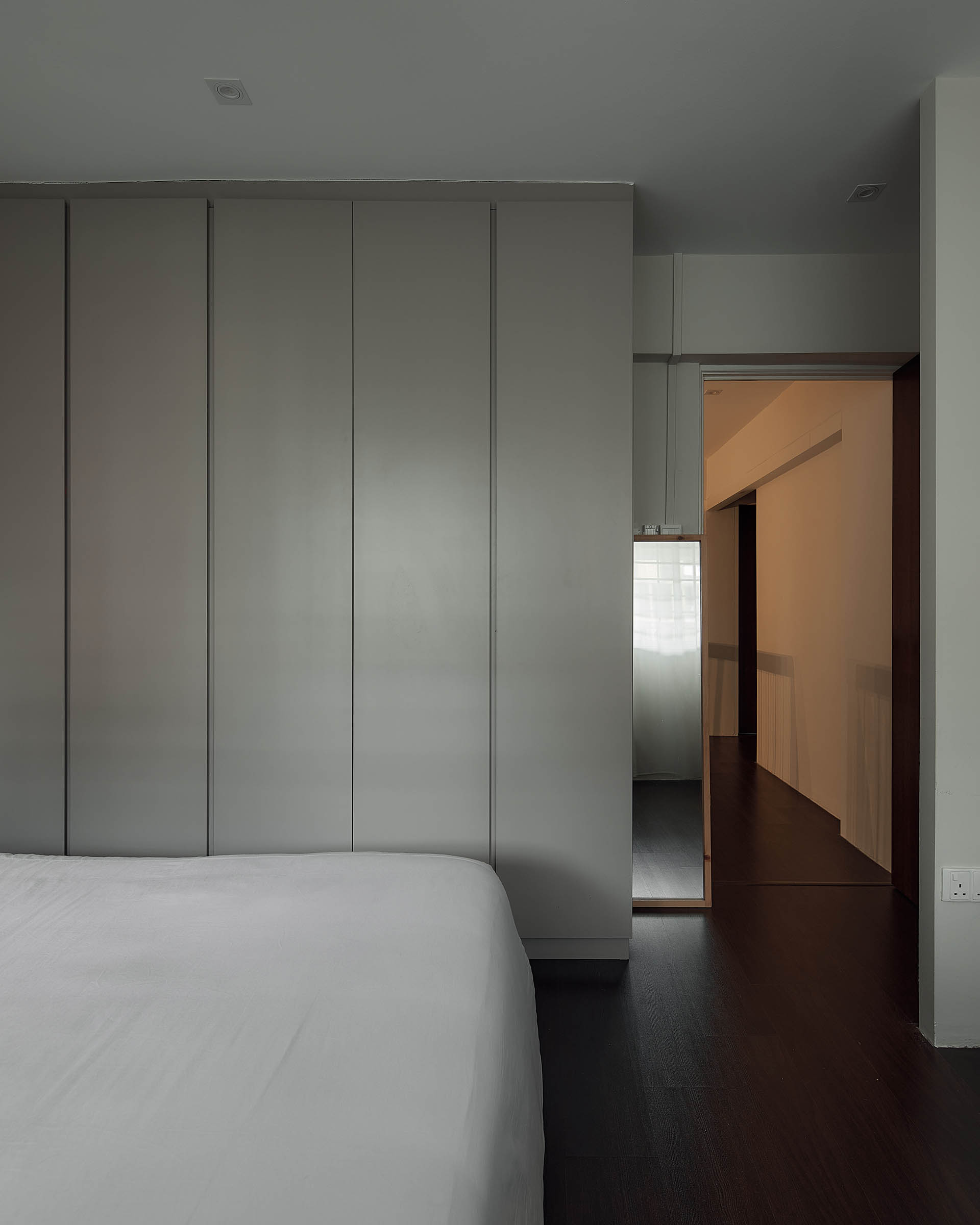 There were more cost savings in the bathrooms upstairs, thanks to the previous homeowners who had reconfigured the layouts to separate the shower area from the rest of the bathrooms. All that needed to be done for the bathrooms’ overhaul? Overlaying tiles to give it an instant chic update. 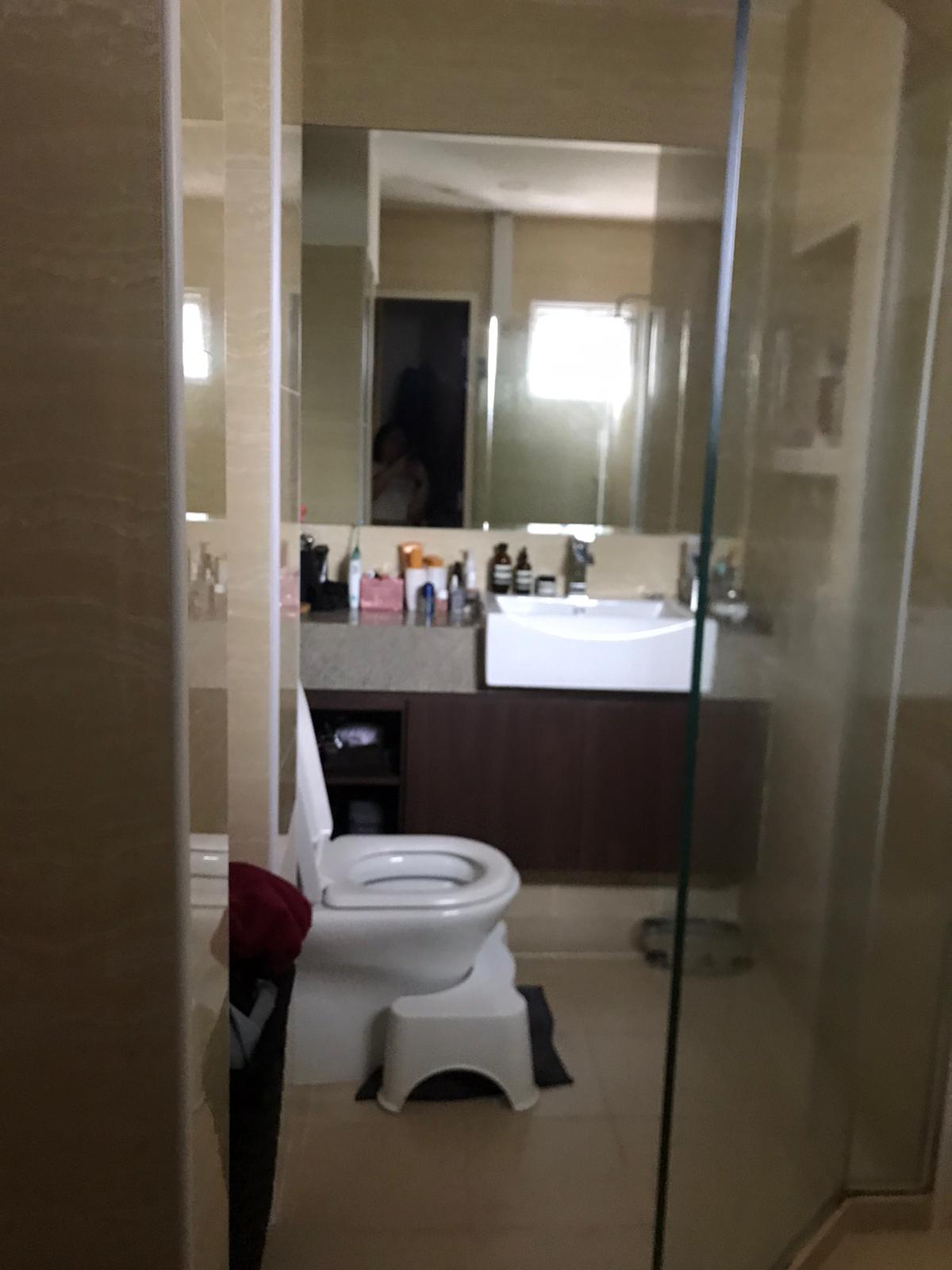 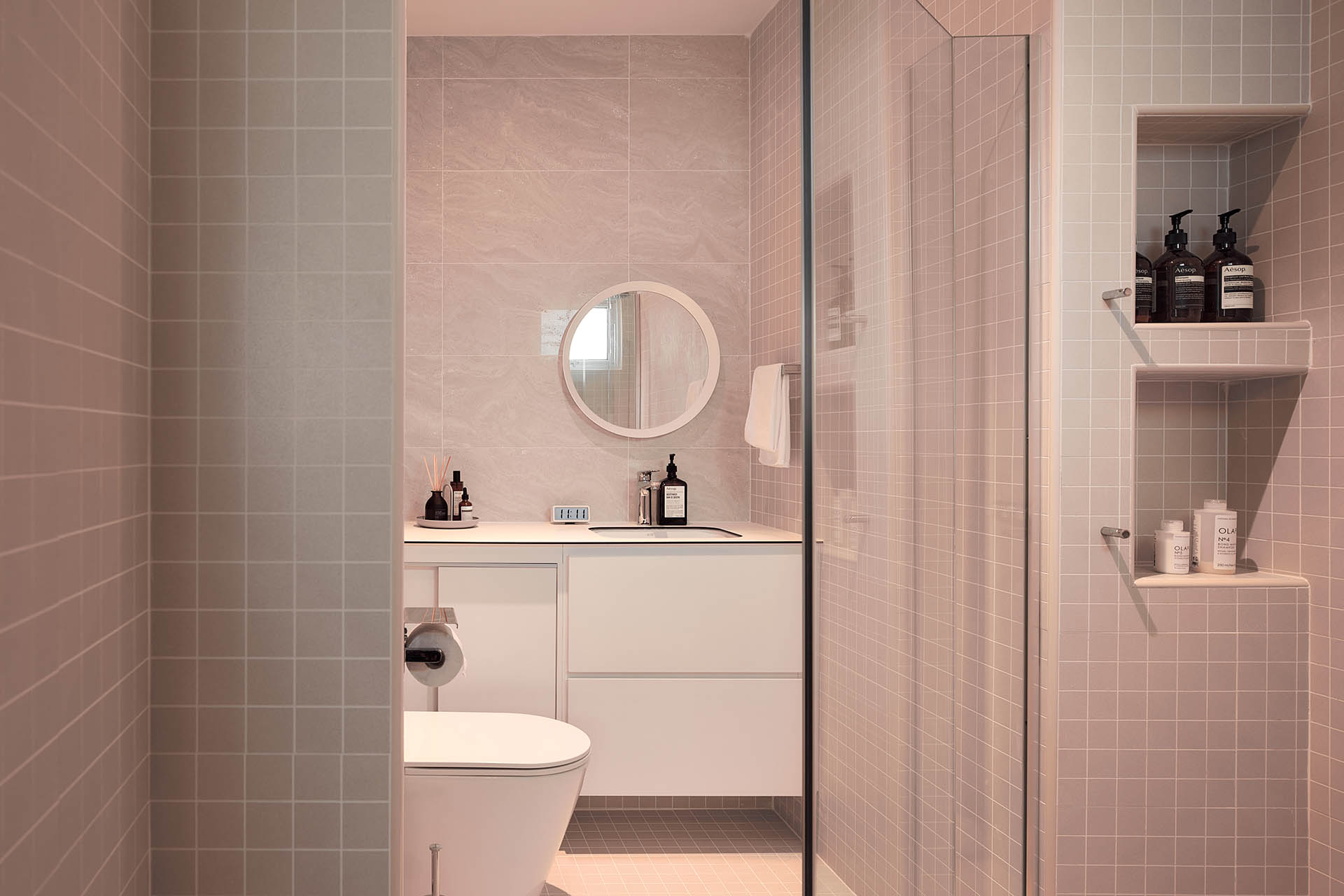 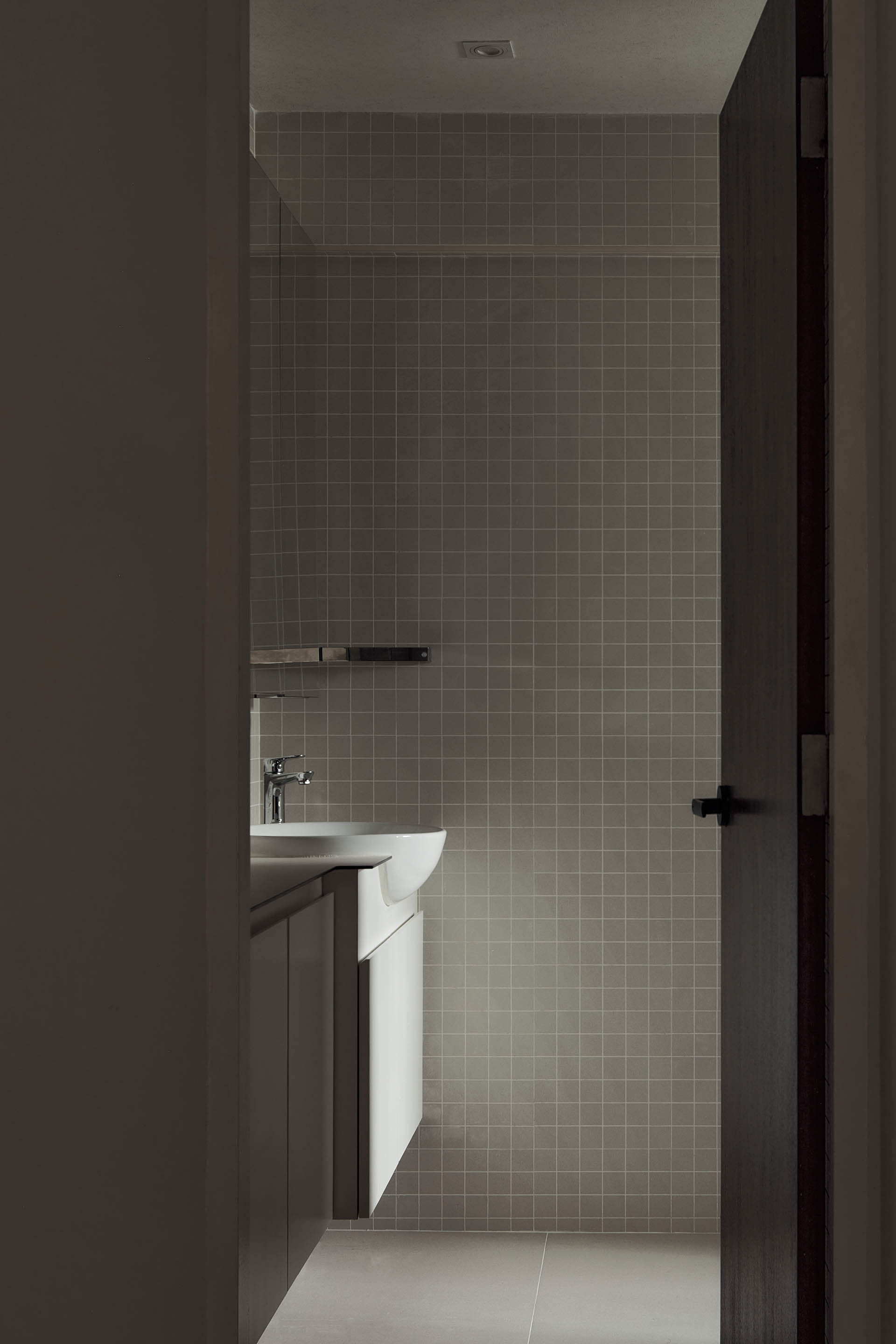 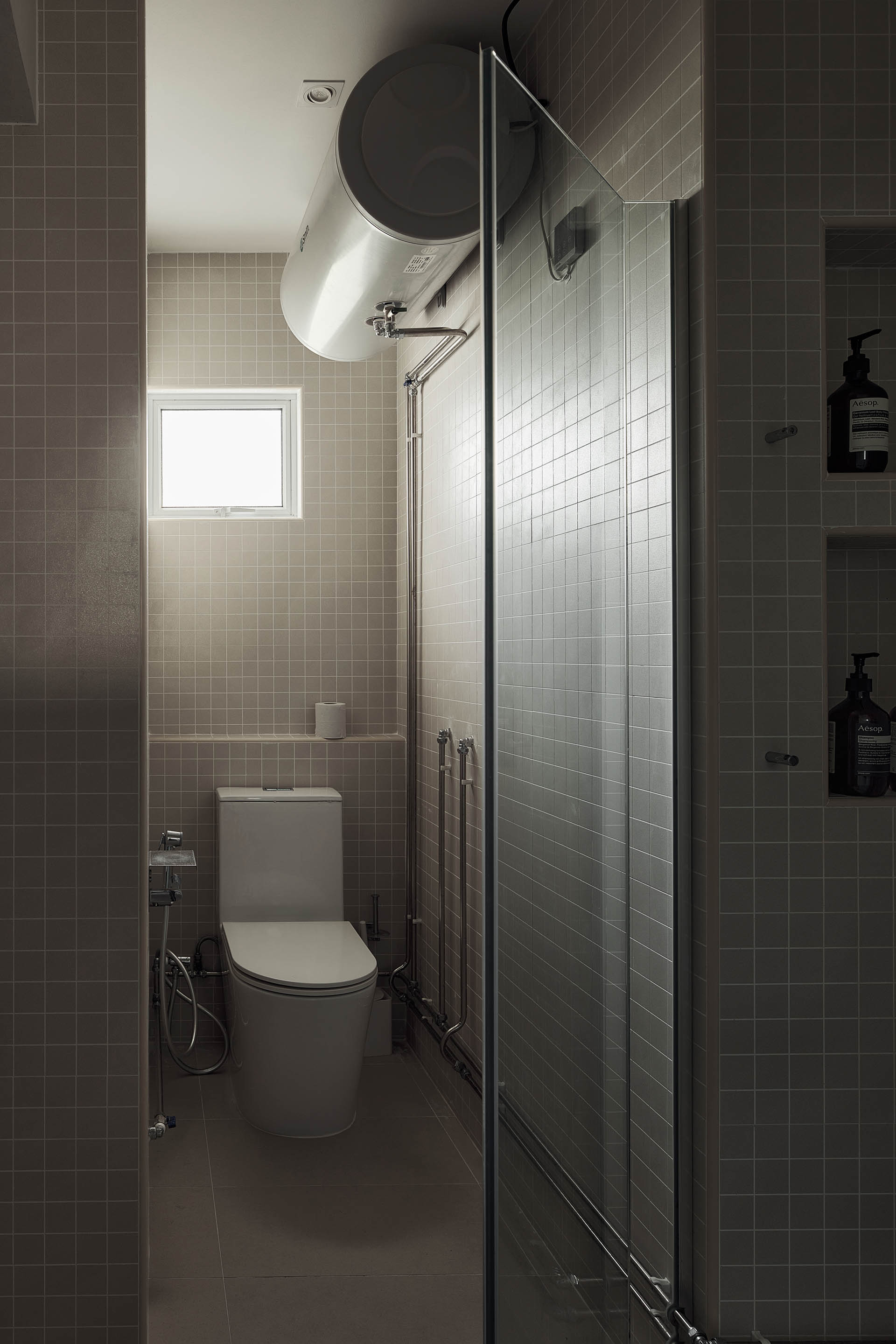