Working out just got a little more fun.

So you’ve just embarked on a fitness journey but are a little self-conscious at conventional gyms. Or you’ve gotten bored of the same ol’ workouts and need to a little push to get going again? We may have just the solution for you — and it’s in a little dark room at the basement of the YMCA building. 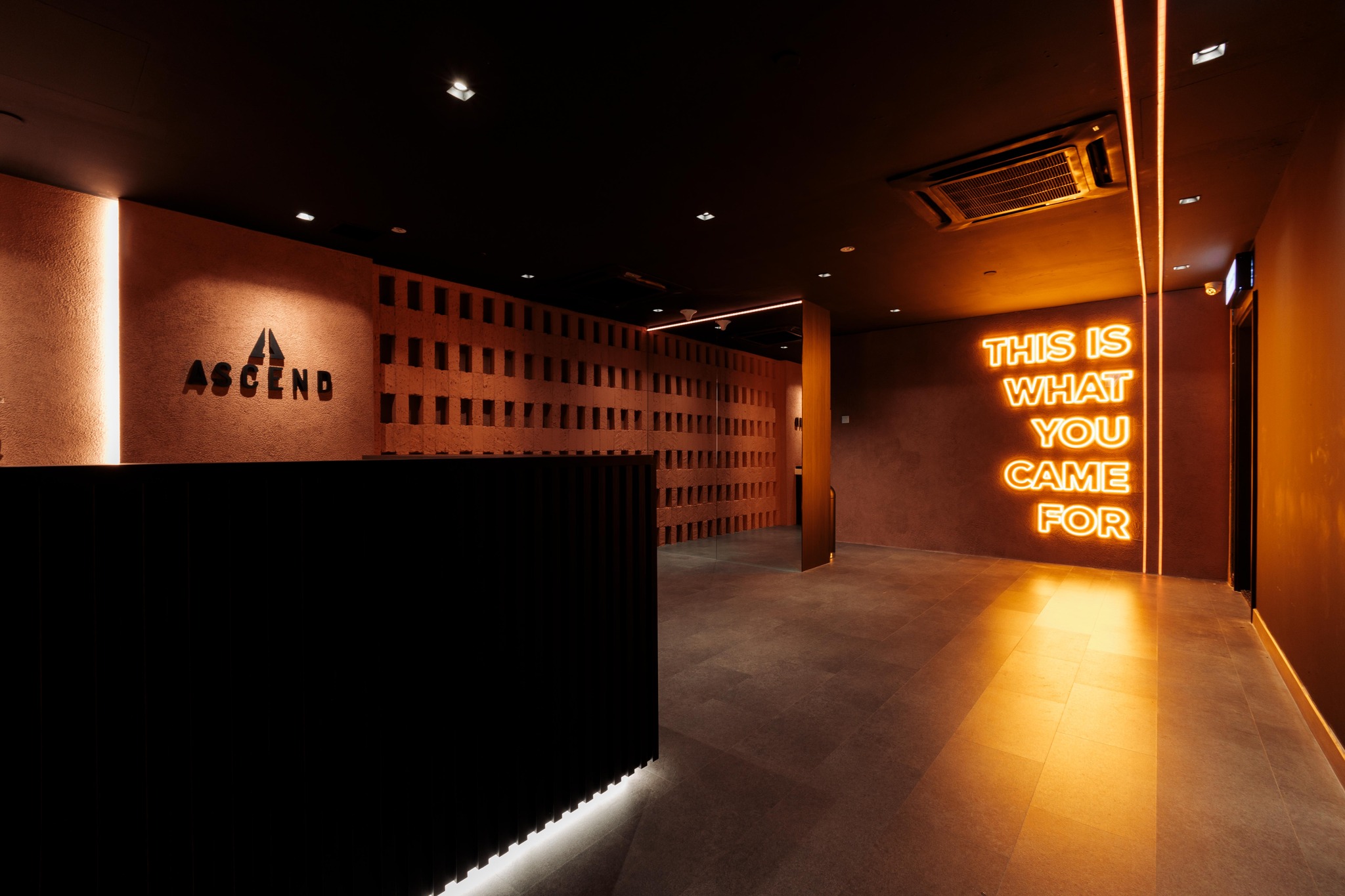 This is what greets you when you enter Ascend Ftiness.

We’re at Ascend Fitness, co-founded by local singer Alfred Sim, for a workout in a darkened room reminiscent of a virtual reality game room. Oddly, there’s no exercise equipment in sight. Instead, it’s spiked with graphic displays on screen and on the ground. Kinda feels like we’re about to play a round of Dance Dance Revolution — though that’s not too far off from what’s about to happen.

This newfangled workout is also known as Exergame 4D, touted as Singapore’s first digital fitness and exercise-gaming platform that uses projection mapping, real-time motion sensors and interactive four-dimension visuals. Put simply, it’s a workout that feels more like an arcade game. Scratch that, you actually feel like you’re a player within a video game with all the cool graphics. 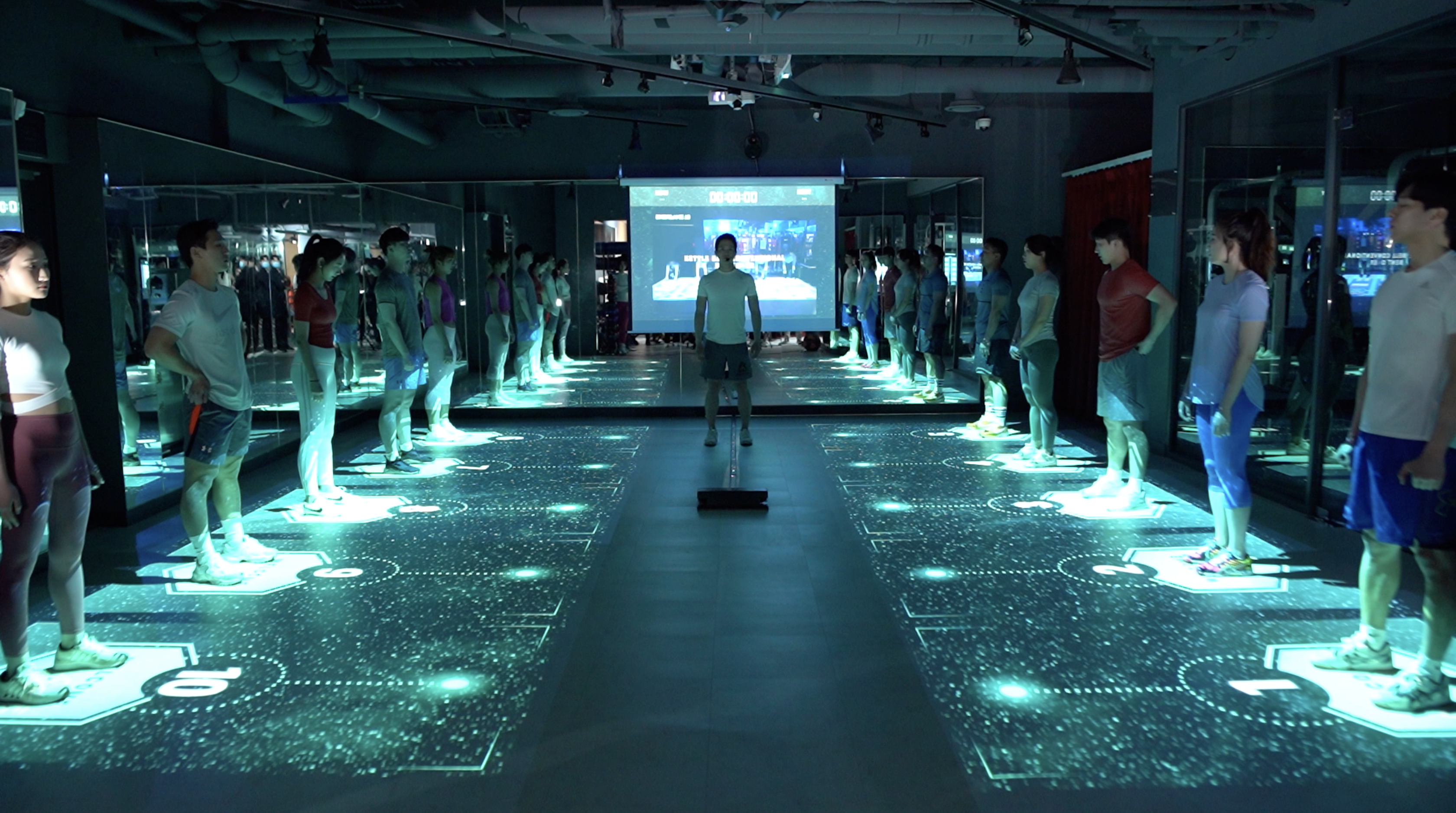 Each 50-min workout can accommodate up to a group of 10 and is led by an Ascend Fitness instructor. Your profile is flashed on the ground at your individual station that you’re allocated when you sign in.

The high-tech digital fitness platform, which hails from Korea, has over 70 programmes. The routine we’re doing today is a high intensity interval training (HIIT) workout. There are various challenges to complete, from high knees and burpees to shuttle runs and short races, and some involve you reaching or coordinating your actions with the digitalised displays on the ground (see what we mean about Dance Dance Revolution?). 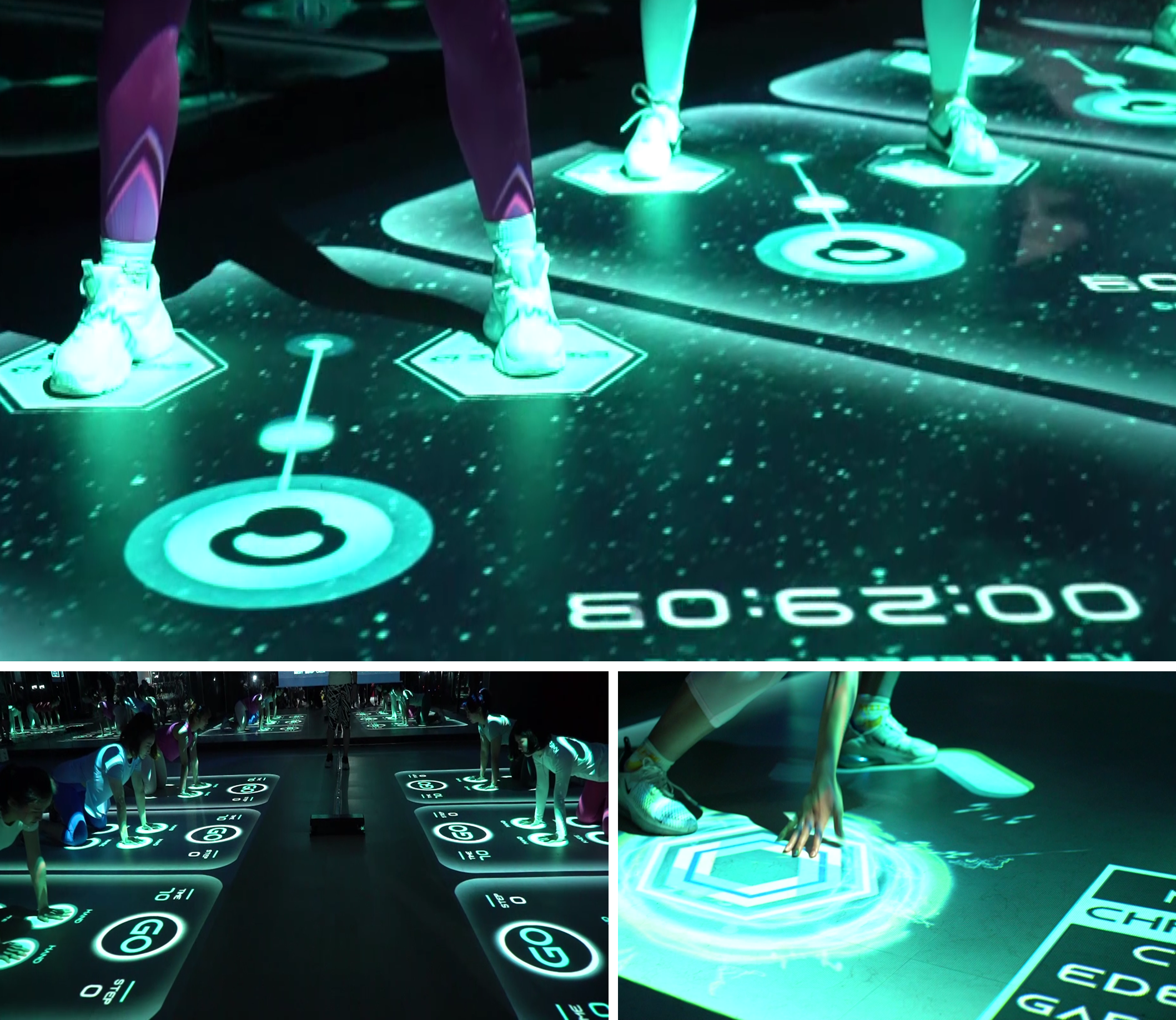 The workout is done in a darkened club-like setting, which helps in making it feel more like a fun experience, rather than a physical fitness test in school. Time passes by quicker, and the video game setting helps to distract from the fatigue, but make no mistake, it’s still a legit workout. As you work your way through the challenges, you rack up points, and by the end of the sesh, the scoreboard and number of calories you’ve burned will be on display as well — an excellent way to keep you motivated during the workout.