“We thought it would be funny to make the local curry hypebeast,” says chef Pang Kok Keong, who is also looking for a new location to reopen his Hakka noodle stall. 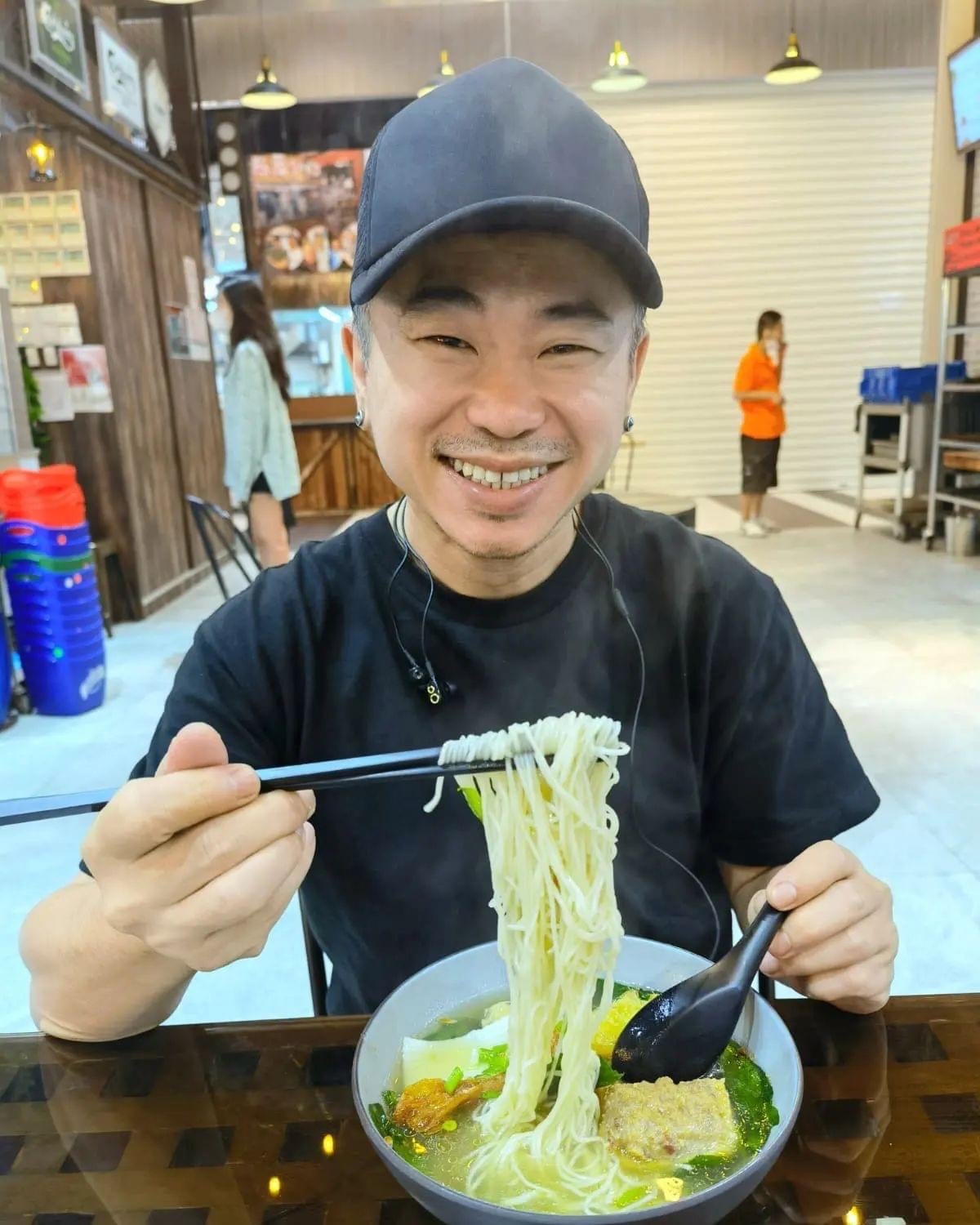 The chain, which was set up by homegrown chef Pang Kok Keong, was popular for its shiok lard-slicked Hakka noodles with yong tau foo soup. The Sprout Hub stall offers a seafood zi char concept called Guppies at night.

Chef Pang also founded French patisserie Antoinette. He closed it after nine years in 2020, as the levy he was paying to the Urban Development Authority (URA) for commercial use of Antoinette’s Penhas Road shophouse had made his business unsustainable. 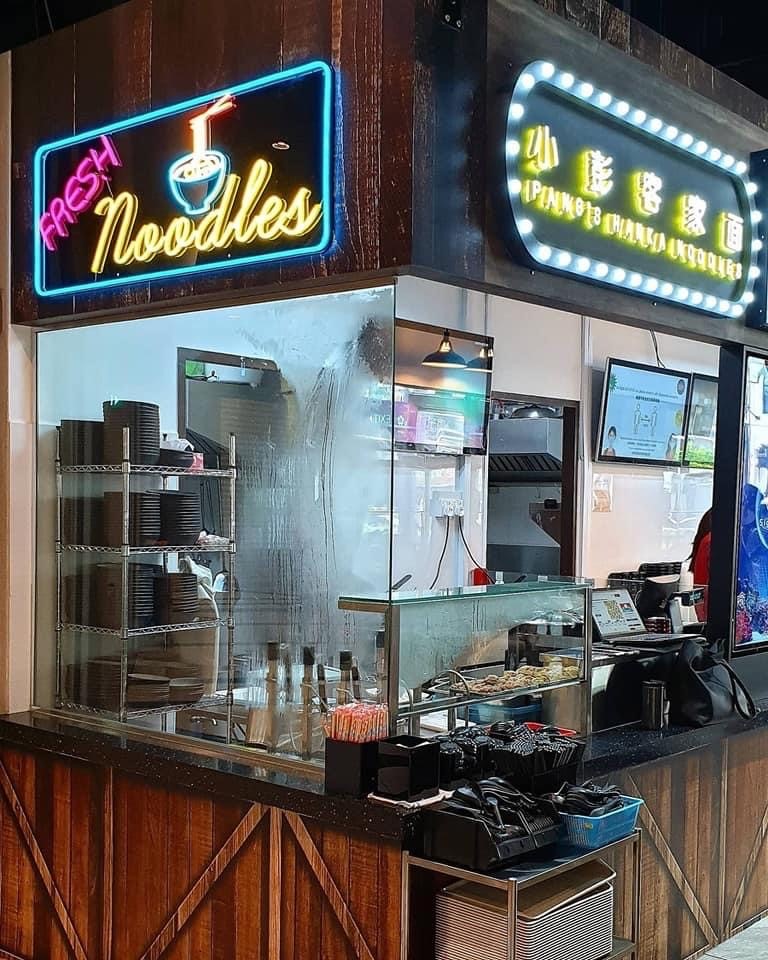 Chef Pang tells 8days.sg that he had decided to close his Arc 380 stall due to poor business there. “It was just bad, so we threw in the towel,” he shares. The location was so challenging that the stall’s social media posts frequently reminded people that it was “behind the big pillar.” 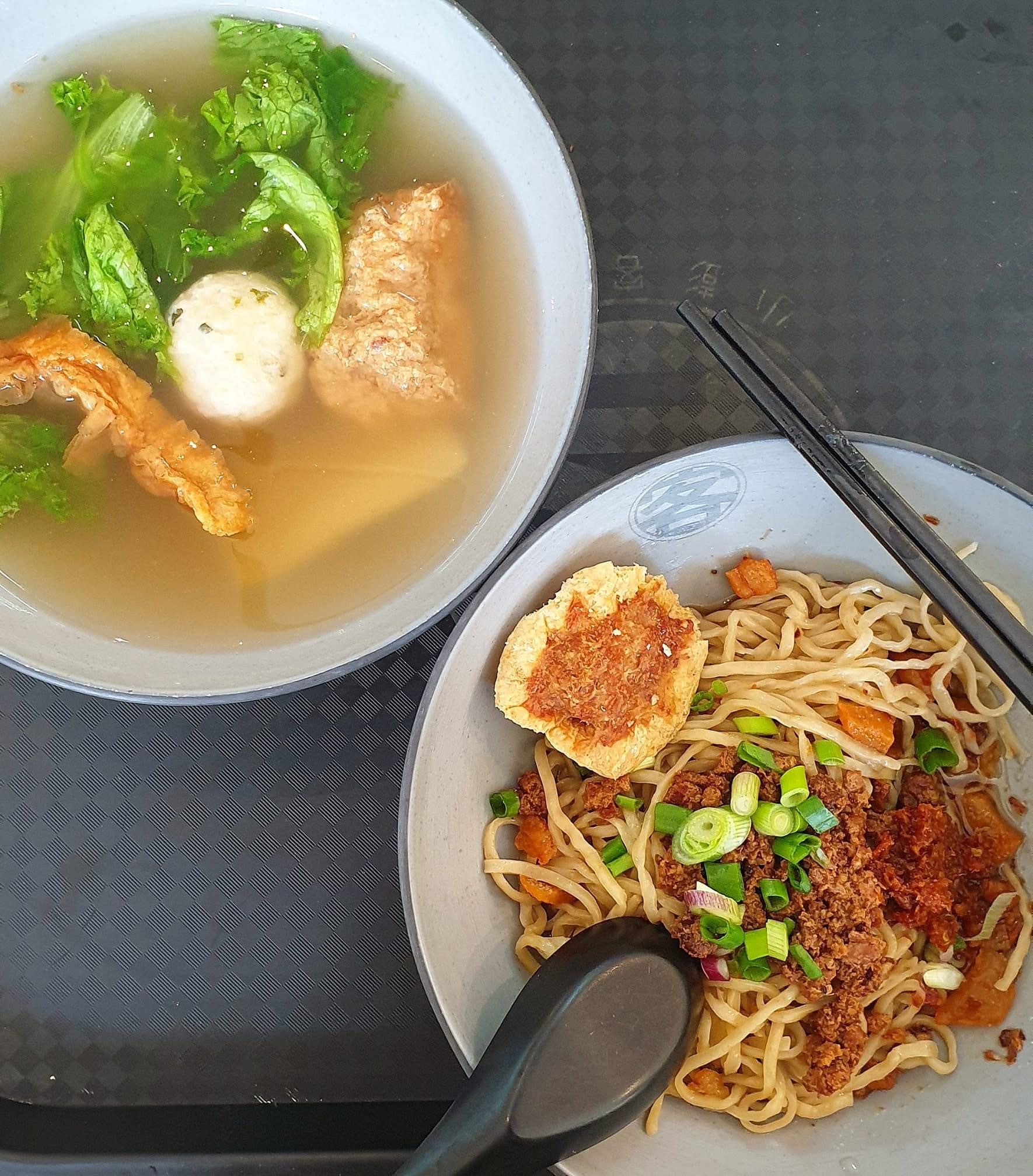 While chef Pang did get some customers at Jalan Besar, they were usually his regulars who frequent the Sprout Hub stall. “In the long run, we don't think [Arc 380] is an ideal location as it's really out of the way and there's zero foot traffic,” he shares. 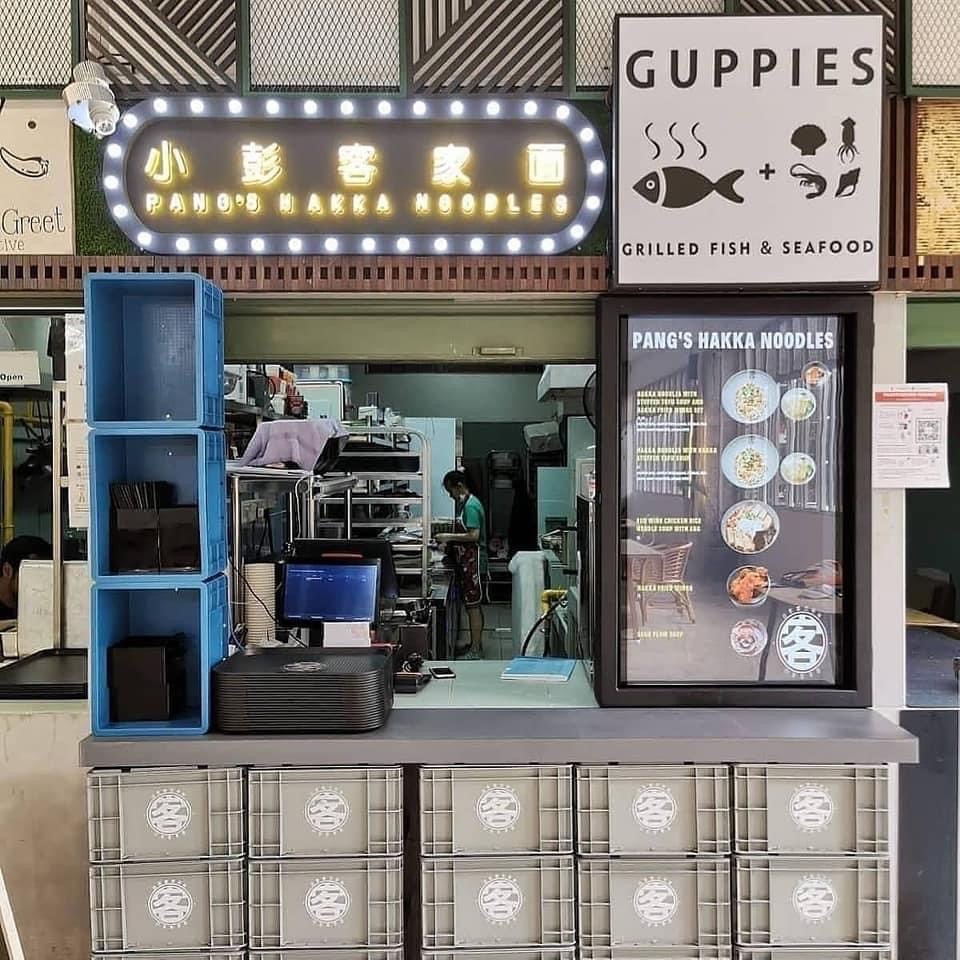 He is also shutting down his Sprout Hub location as his “sub-landlord discontinued the lease, so we had no choice [but to close].” Chef Pang is currently looking for a new location to reopen his noodle stall. “We're considering a few places now. We may remain in the Bukit Merah vicinity,” he says. 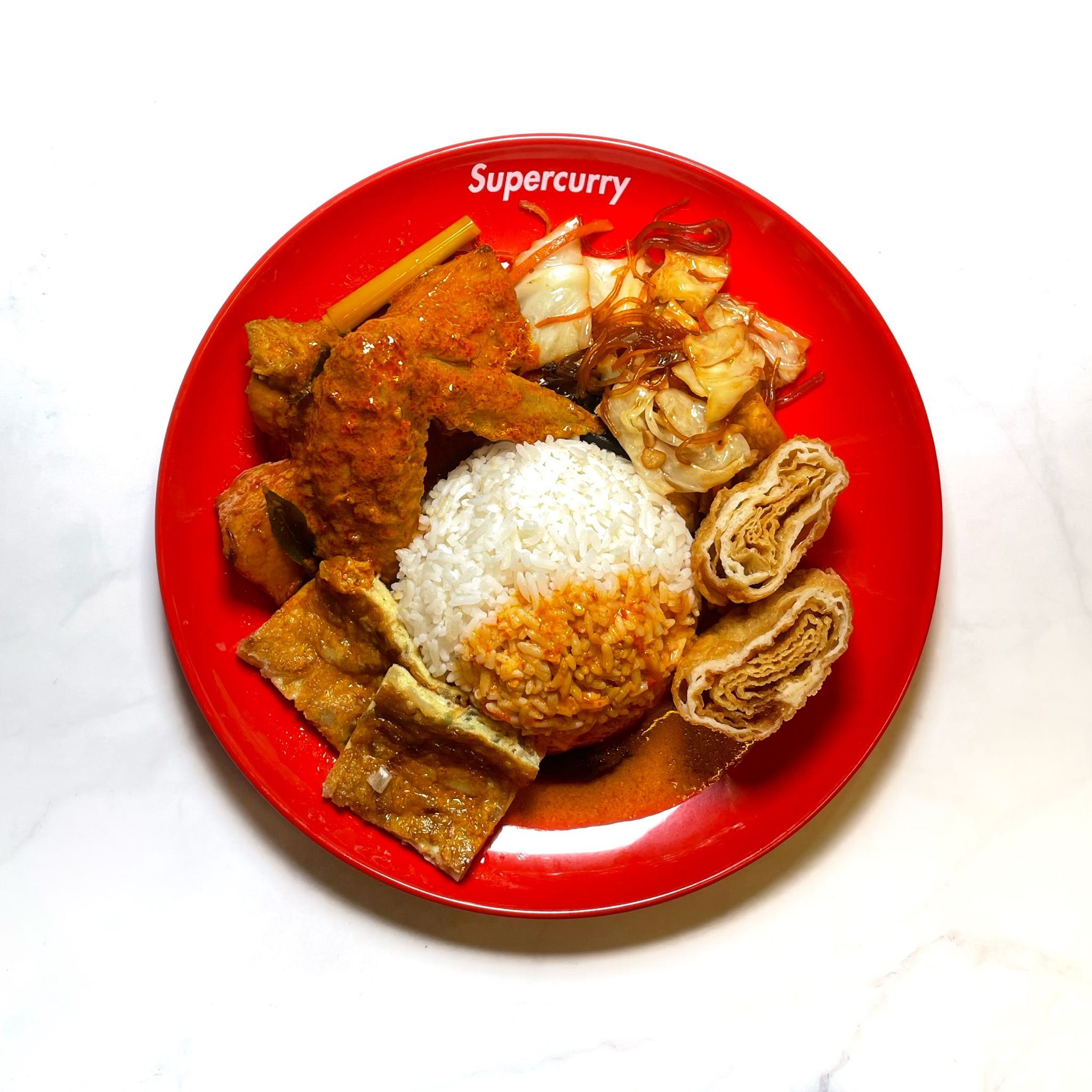 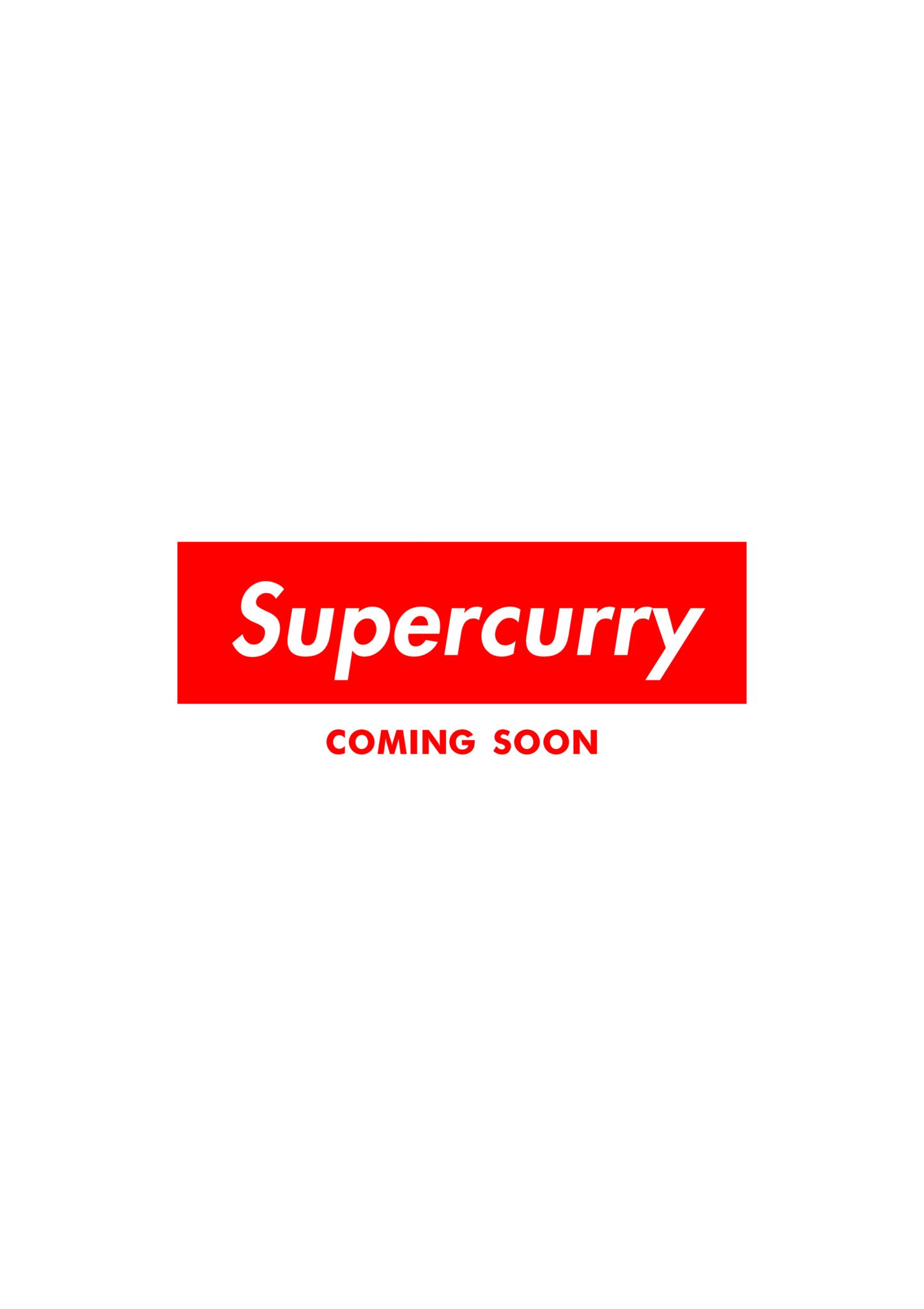 Streetwear fans may recognise Supercurry’s cheeky logo, which is a riff on New York brand Supreme’s iconic box logo. “We thought it would be funny to make the local curry hypebeast,” chef Pang says, though he jokes “I don't know” when we ask if he might run into copyright issues with the streetwear giant. 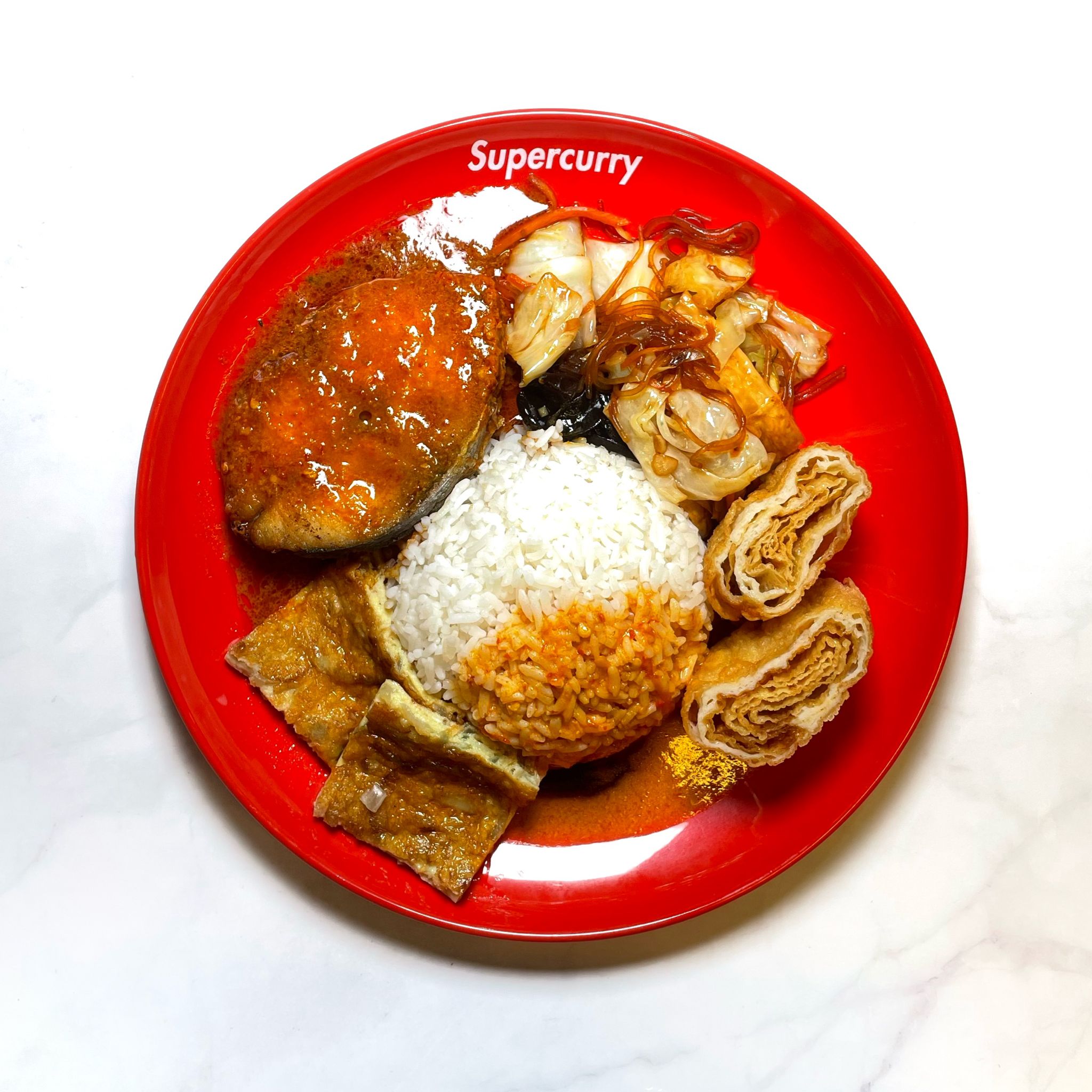 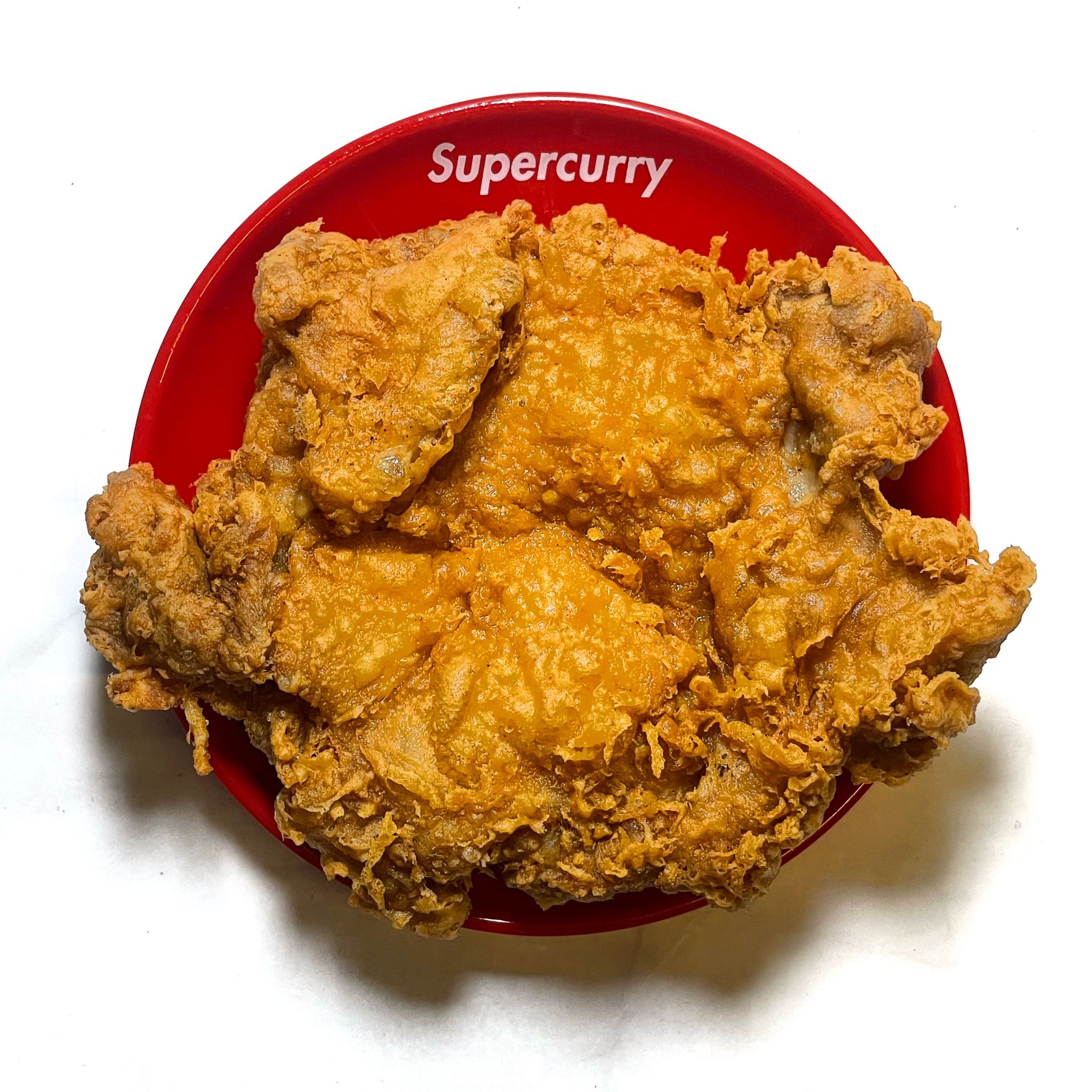 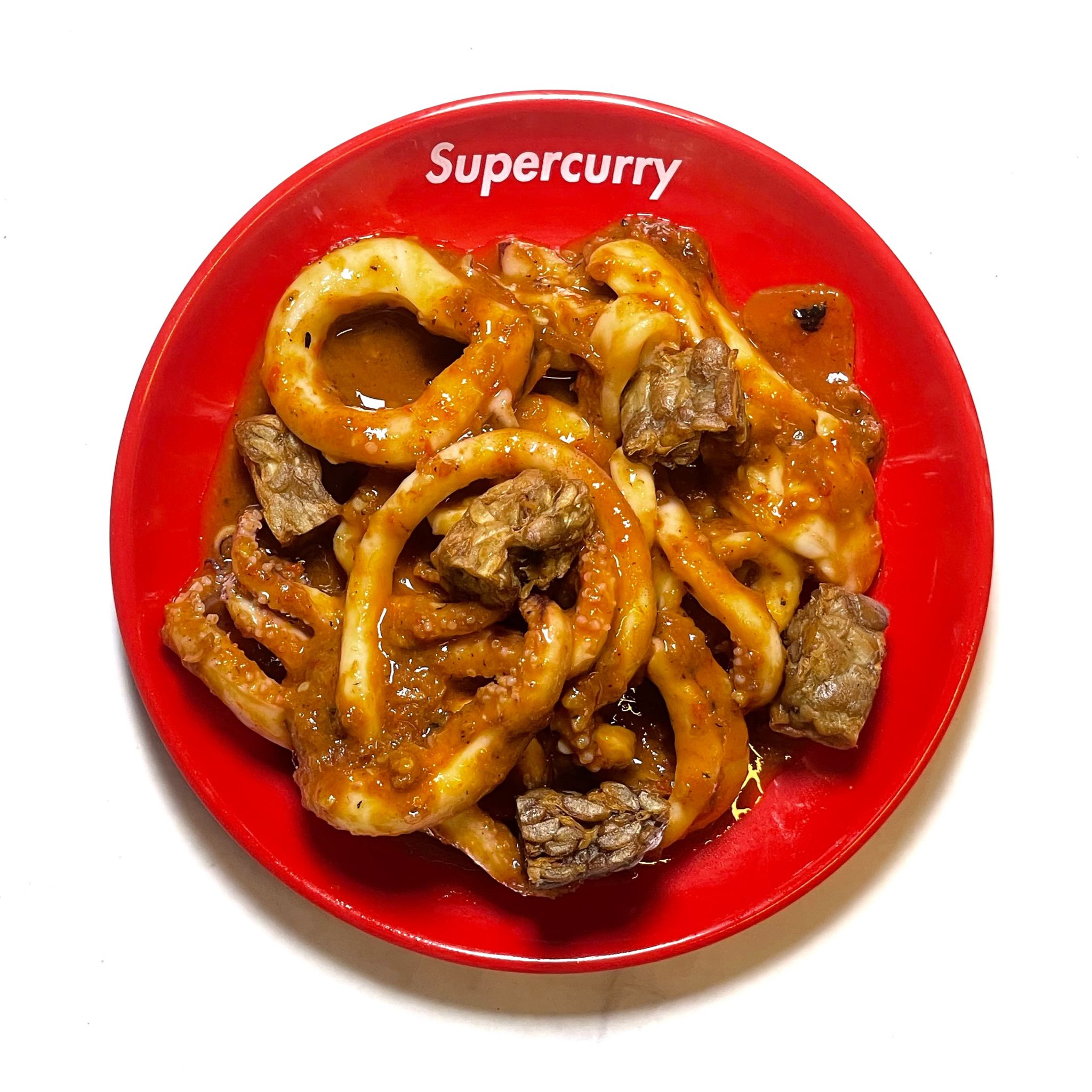 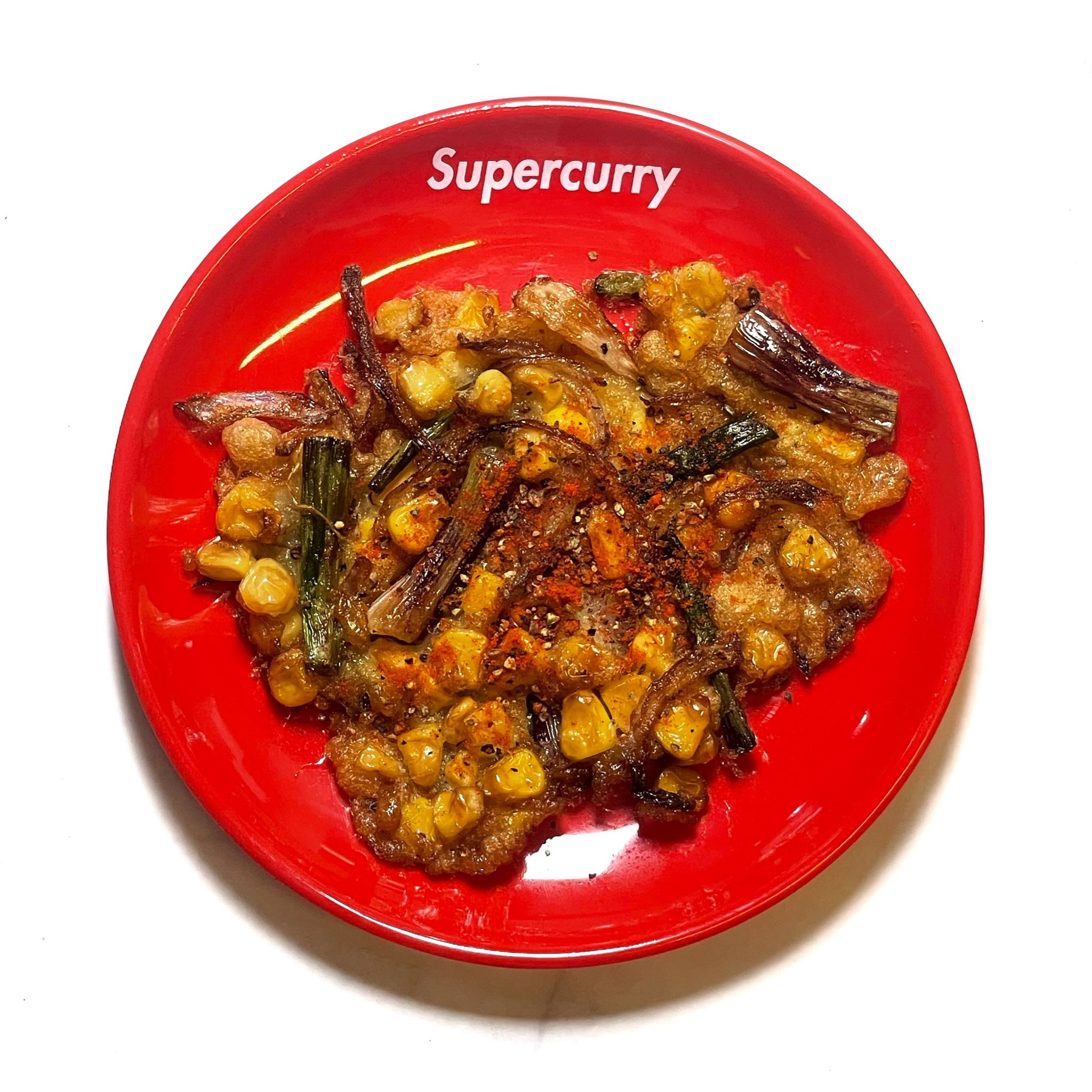 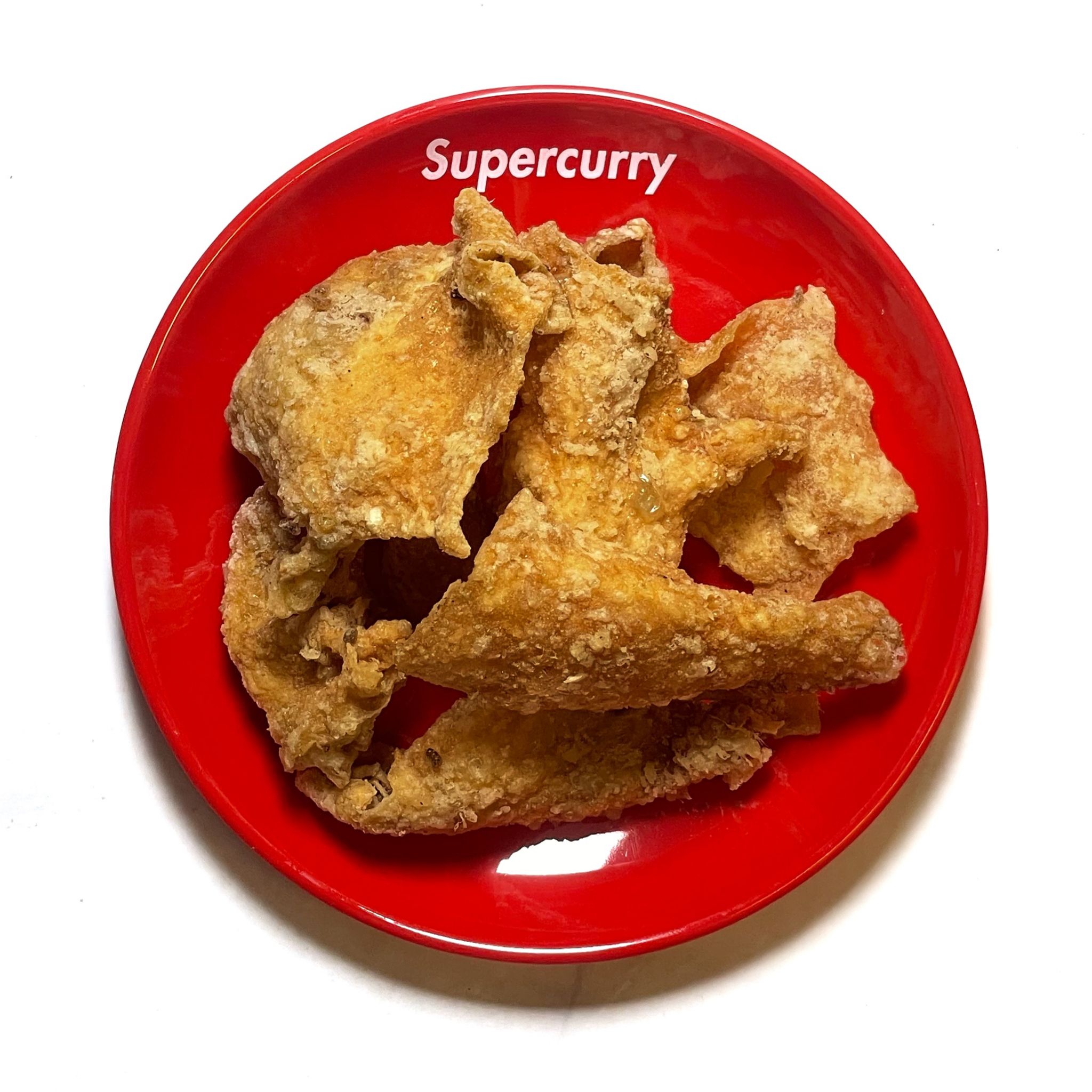