8days.sg had a preview taste of the deli’s sarnies ahead of its opening — the truffle ham and cheese one is delish.

Folks working in the central business district can soon look forward to Aussie-inspired sandwiches and salad bowls from Surrey Hills Grocer, a café and grocer brand with outlets in Orchard and Jurong. The popular brand’s third store, designed to be a grab-and-go gourmet sarnie joint with a smaller dine-in section, will open on the first floor of The Bank of China Building in Raffles Place on February 1. 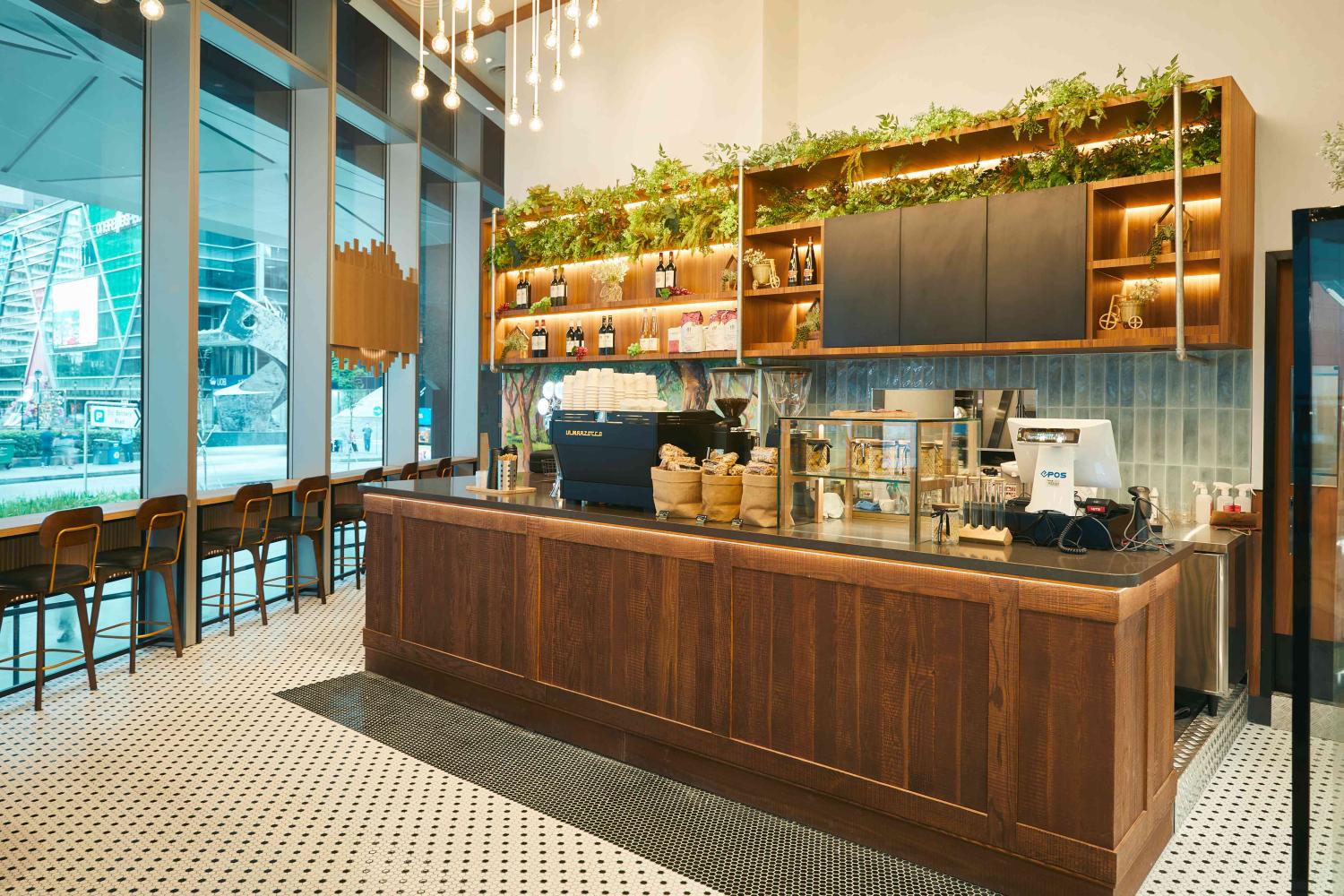 The eatery boasts a similar rustic-chic aesthetic to its sister cafes, with woodsy decor, greenery and a mural depicting an Australian farm. However, it only has 20 seats unlike the fancier 80-seater at Ion Orchard and 38-seater at Jurong. 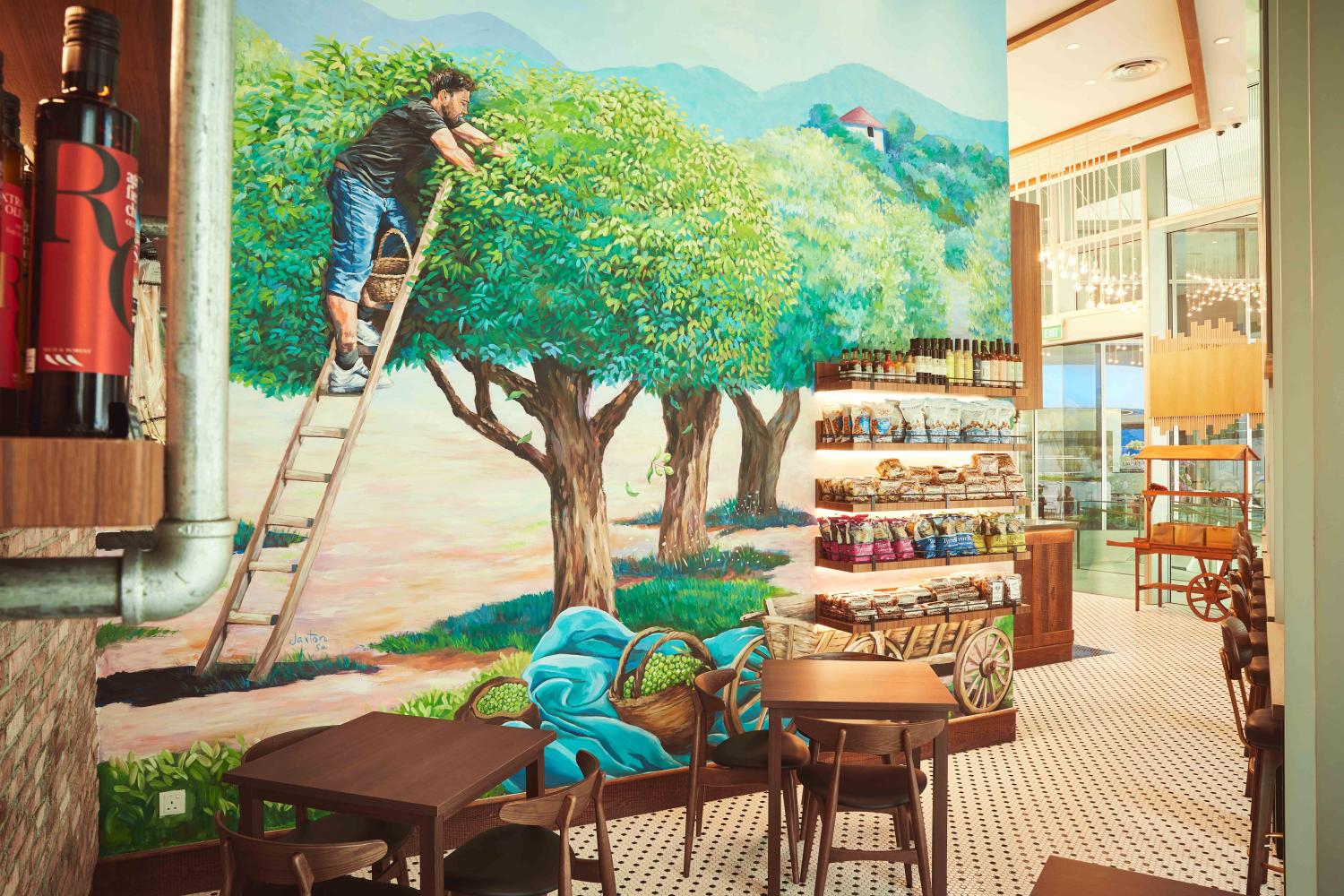 The grocery section of the cafe is also smaller here. It offers produce – some of which are directly imported from Australia – such as nuts, salad dressing, olive oil and craft beers. 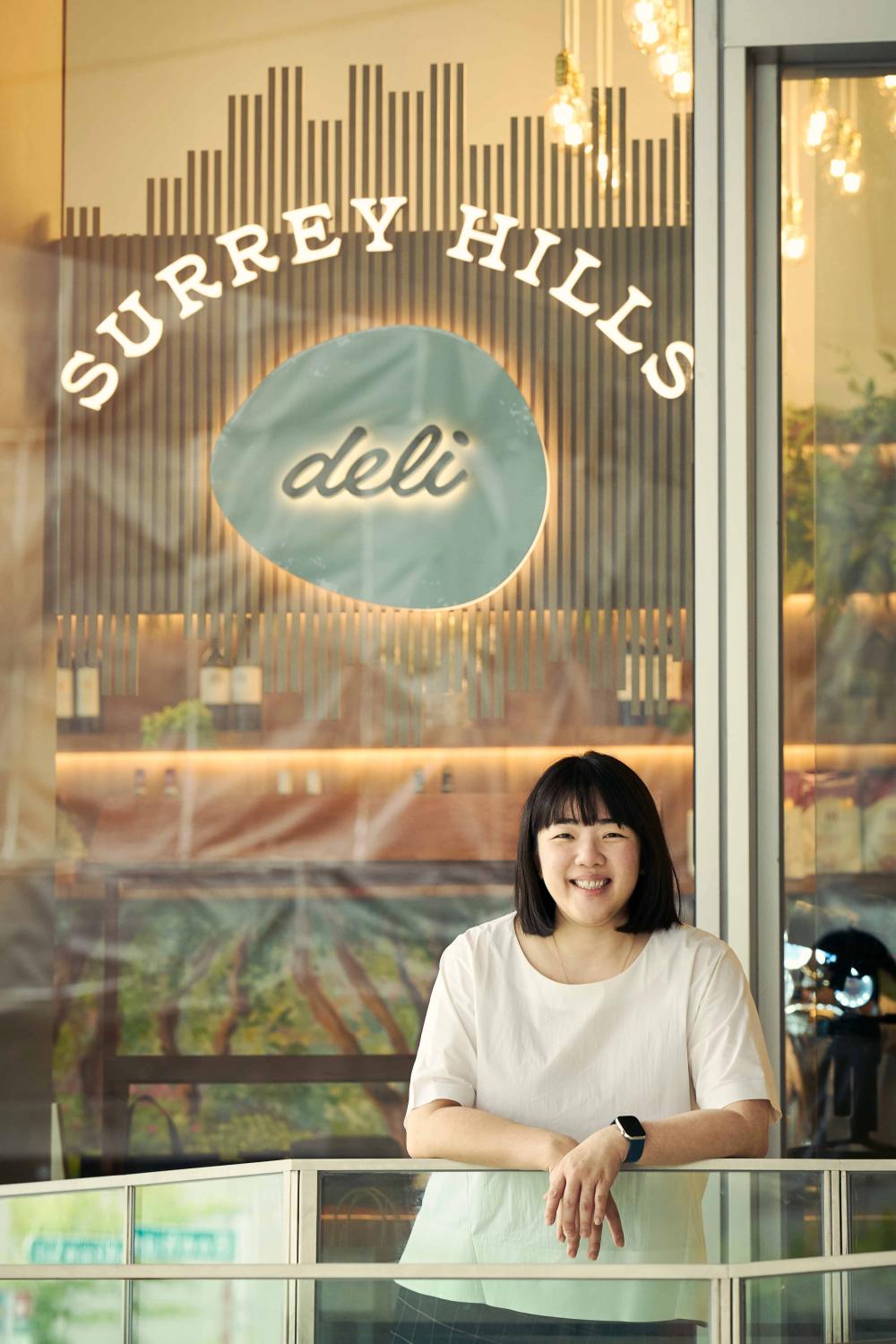 This expansion marks Surrey Hills Grocer’s third outlet in the space of thirteen months. The brand is founded by Pang Gek Teng, 34, who relocated to Australia for five years after quitting her corporate banking job.

There, she operated a grain bowl chain – establishing relationships with Aussie farms and producers along the way – before selling it off and returning to Singapore when the pandemic struck.

Produce from those farms now stock the shelves at Surrey Hills Grocer’s outlets – the first of which she opened in 2021 with the backing of a silent investor. The brand received additional funding from another investor thereafter, leading to a second outlet in Ion Orchard last November and this latest store in Raffles Place. 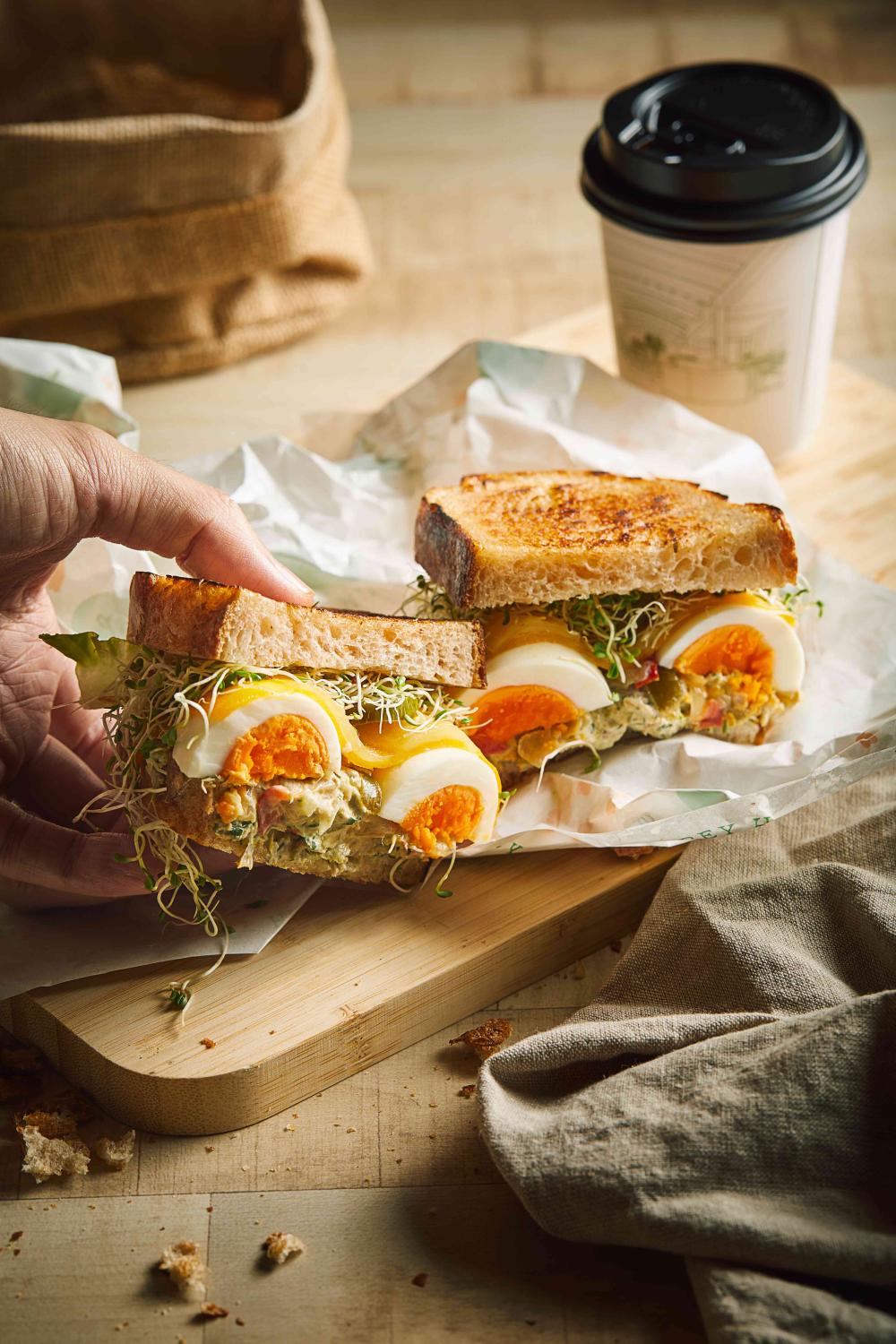 The menu at Surrey Hills Deli, unlike its brunch fare-focused sister cafes, offers an all-new selection of sandwiches and salads aimed at CBD cubicle rats. A small selection of pastas (from $20) are available too. The brand’s menus are curated by chef-consultant Pang Kok Keong of now-defunct French patisserie Antoinette. 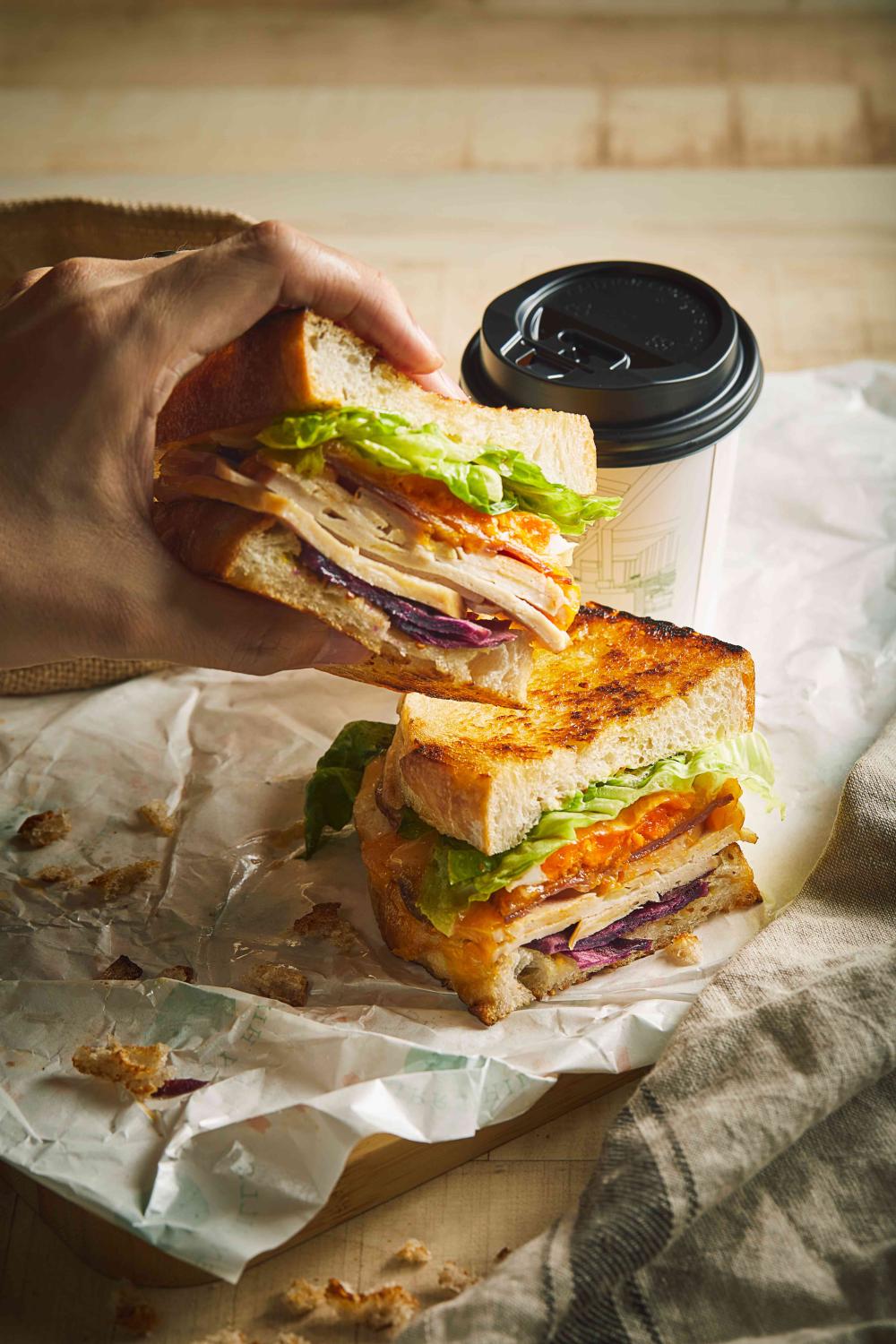 There are eight cheekily-named made-to-order sarnies (from $16 to $24), including the Hendurance ($18), featuring sourdough layered with premium GG French Poulet chicken ham, and the equally punny Seize the Moo-ment ($24), comprising house-made pastrami and cheddar on rye bread.

We sampled a couple of the sarnies. 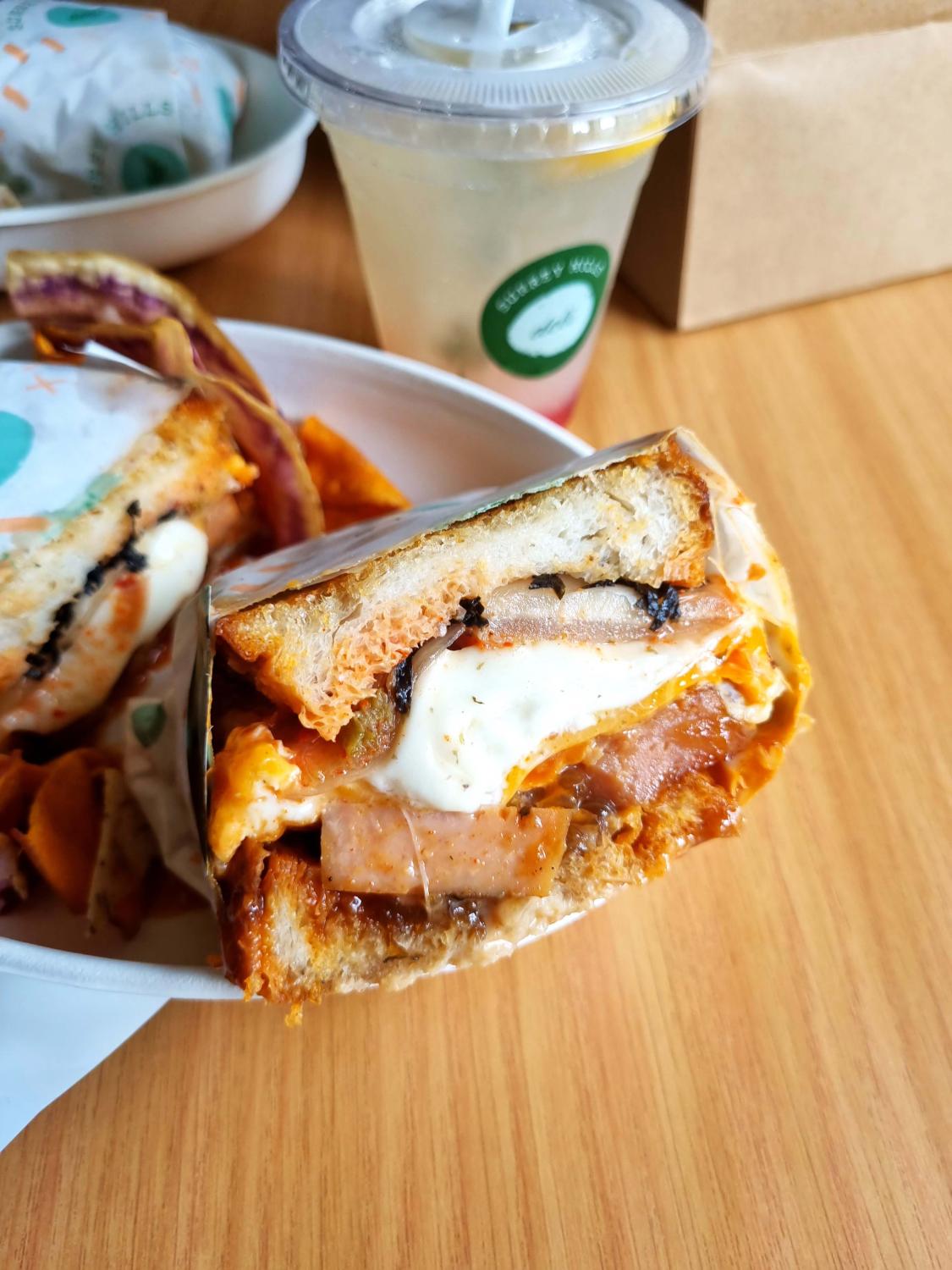 This Korean-inspired number comes with mildly funky gochujang-glazed spam on sourdough bread, perked up with layers of tangy kimchi, sweet caramelised onions, aged cheddar and a fried egg. A satisfying but supremely messy number — best to eat this at the cafe instead of at your office desk. 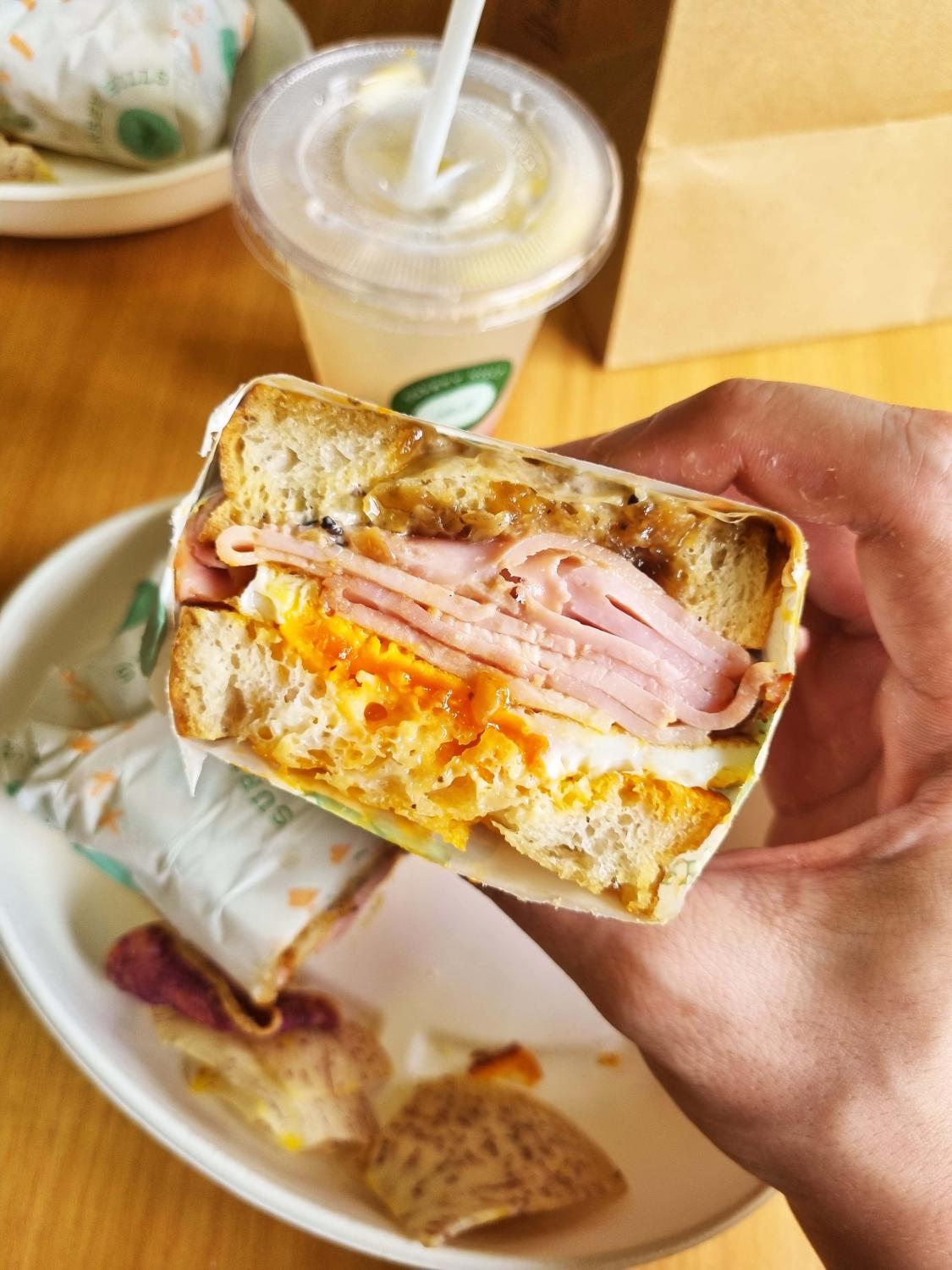 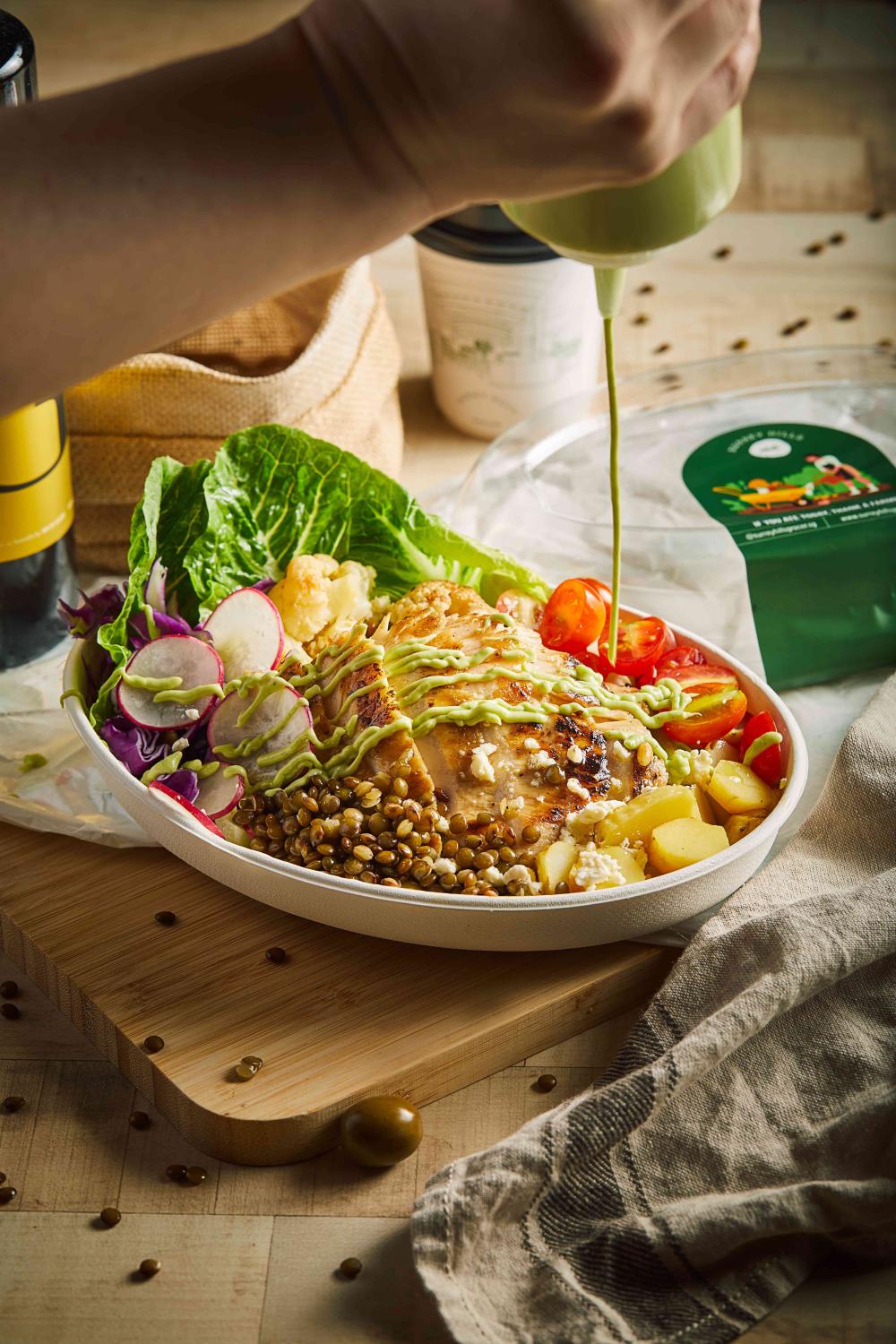 In a hurry? The deli sells ready-made salads, a mixed fruit and veggie bowl ($15, with chickpeas, cashew nuts, avocado and seasonal fruits like peaches or figs). Other options include greens with grilled chicken breast slices and pesto ($16) or mortadella ham and soba ($18). The store also offers fresh fruit bowls and pastries. 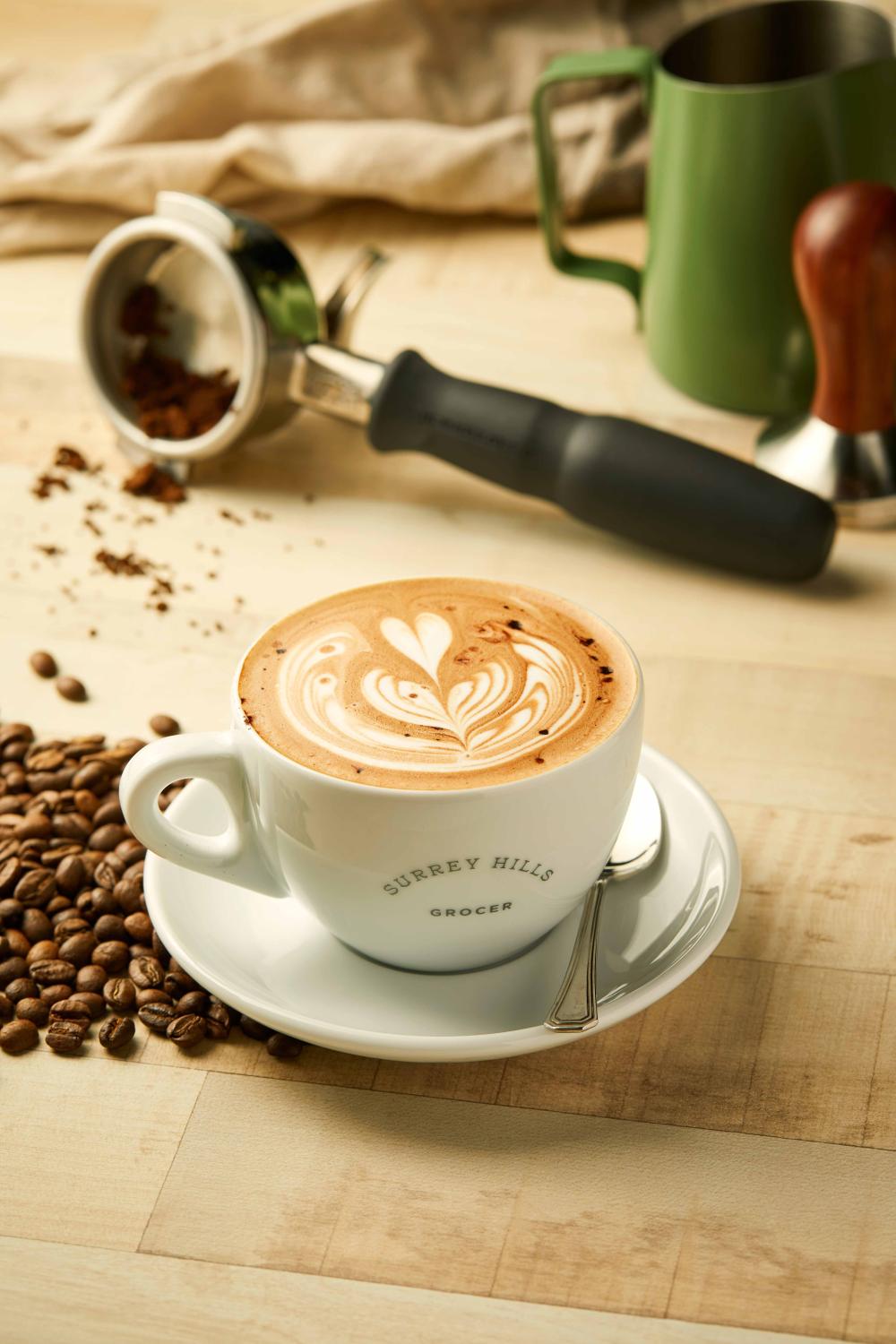 The cuppas at Surrey Hills Deli are brewed with beans from specialty Australian coffee roaster ONA Coffee. A cup starts from $4.50. You can also opt for their outlet-exclusive beverages, including a refreshing Rhubarb Lemonade and Espresso Sparkling (iced long black coffee infused with sparkling water), both for $7.

If you’re looking for something stronger, Surrey Hills Deli serves alcohol like Australian craft beer on tap (from $15) and bar snacks such as the Triple Truffle Fries ($12) after 5pm. 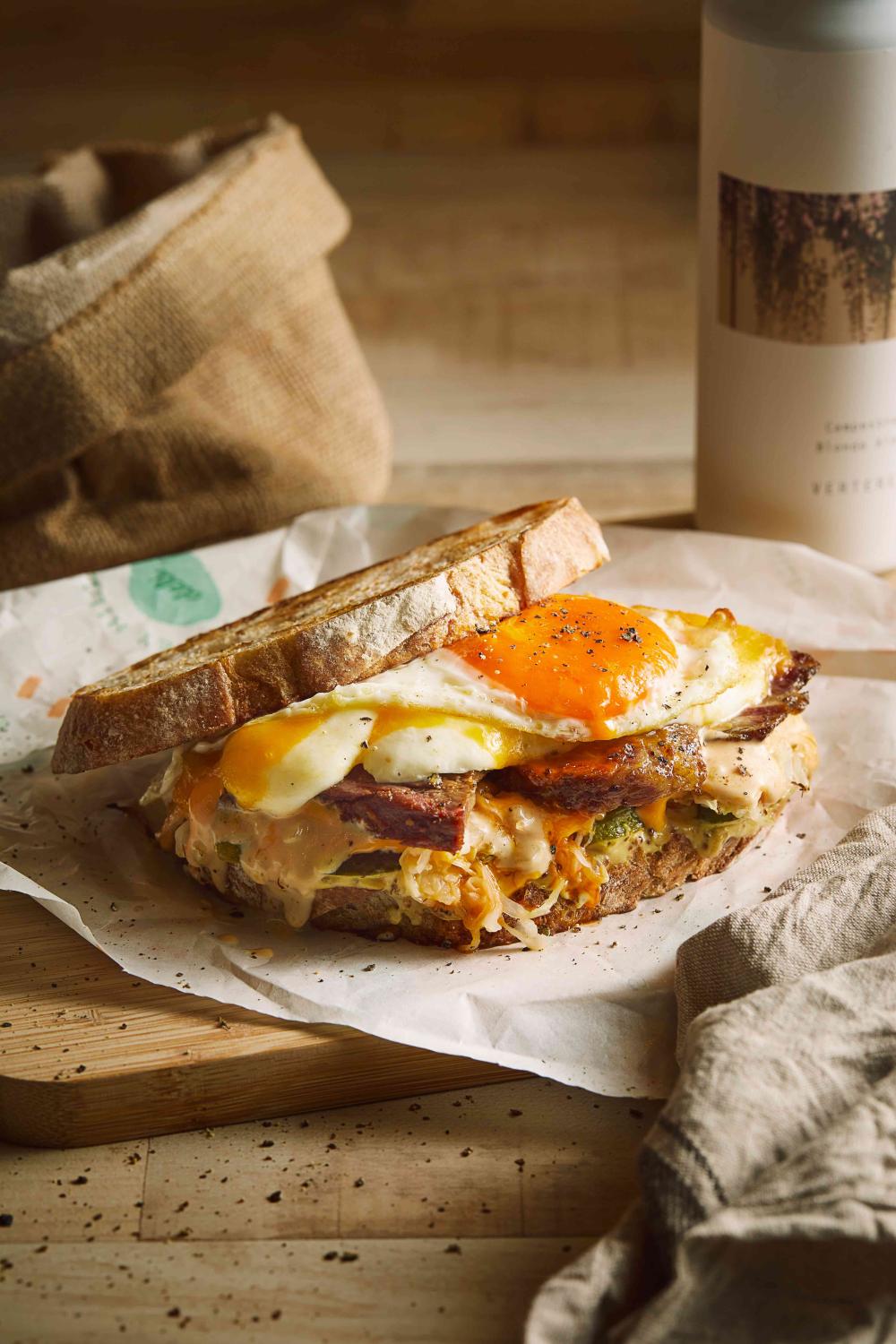 To celebrate its grand opening on February 1, Surrey Hills Deli will offer a one-for-one sandwich promotion from 11am – 7pm (the cheaper sarnie will be complimentary; limited to one redemption per customer). Don’t say bojio.

8days is now on #tiktok! Follow us on www.tiktok.com/@8dayseat