There’s usually a long queue at its original stall, which sells out by 10am.

Bendemeer residents would be familiar with Singapore Bao, a popular breakfast stall at Bendemeer Market & Food Centre. Despite its name, the charmingly old-school stall doesn’t sell baos. While it started out offering house-made buns, it has since focused on serving only two dishes: plump, juicy siew mai for 70 cents each and $2 lor mai gai with fragrant glutinous rice. 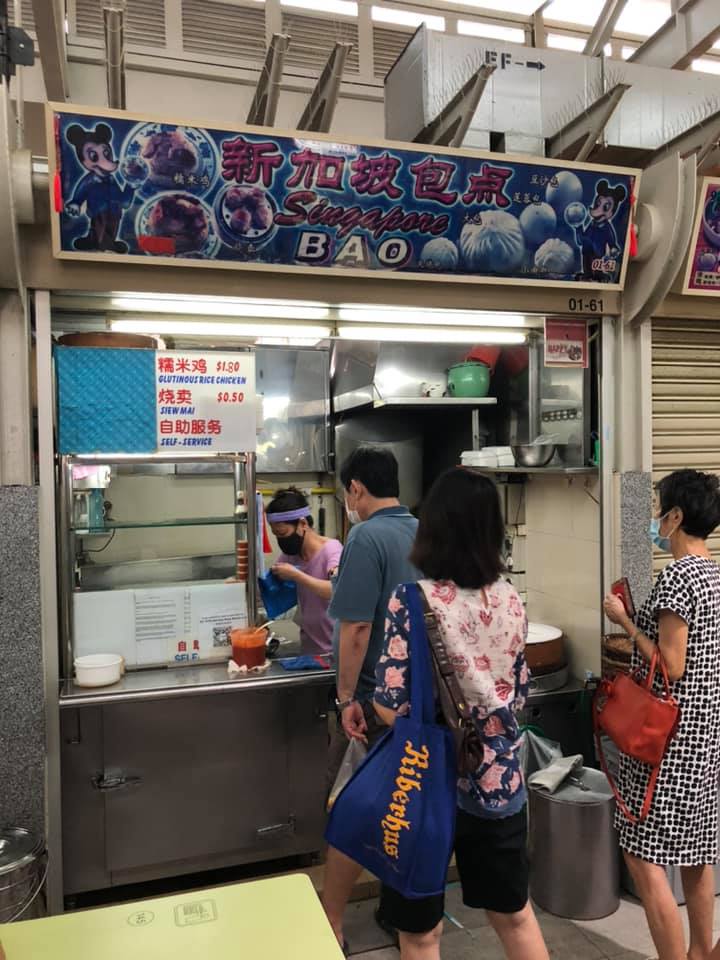 Early bird gets the worm here

Singapore Bao is also notorious for selling out very quickly — usually just two hours after it opens at 7am. Which means you will have to join the usual long queue at the stall before 9am if you want to get your paws on the steamed goodies. Singapore Bao has opened an outlet

But you can now load up on Singapore Bao’s siew mai and lo mai gai at a very unexpected location, as it has recently opened a kiosk outlet at NTUC FairPrice’s Upper Boon Keng supermarket, a mere five minutes’ drive from the original hawker stall. It shares the kiosk space with Swiss Butchery.