The group even has a screenshot of a message they sent to Jinglei that includes the police contact information she requested for.

If you’re like veteran Hongkong singer Jenny Tseng and are done with the incessant coverage about the Wang Leehom-Lee Jinglei-Yumi Bai saga, then you’d probably wanna scroll to the next story.

But if you’re itching for more drama (hey, we certainly won’t judge), then we’ve got another update, and while it’s not exactly as outrageous as some of the other revelations we’ve seen so far, it’s still juicy enough for you to bring out the popcorn. It ain’t over yet

First, we’ll have to backtrack a little: Not long after Leehom, 45, confirmed that he and Jinglei were splitting up back in December, word that the Mandopop star had cheated on his 35-year-old ex-wife with 29-year-old Yumi spread like wildfire, prompting the latter to lodge a police report against rumour mongers.

Jinglei, however, seemed to hint that she had proof that Yumi was lying about not having an affair with Leehom and had this response: “Please give me the contact information of the police and I’ll provide them with evidence, thanks.”

Well, it’s been three weeks since then, and it looks like Yumi’s side has been keeping count. 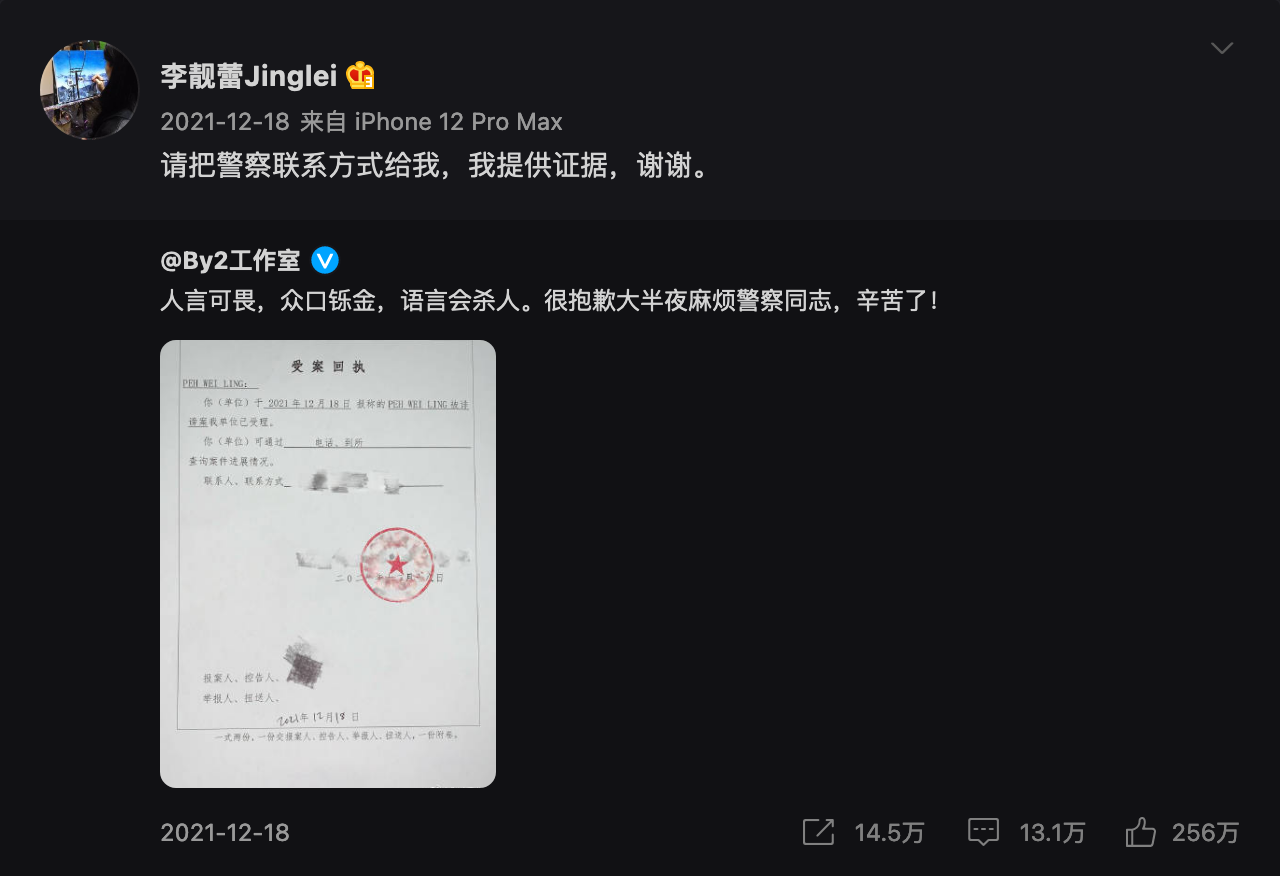 This is Jinglei asking for the police contact info… … and BY2 telling everyone she hasn’t done anything about it

On Monday (Jan 10), the work studio of BY2, the pop duo Yumi’s in with her twin sister Miko, took to Weibo to basically issue an IOU to Jinglei.

Only instead of money, it’s the “evidence” she claimed to have that they’re asking for.

“It has been 21 days since Miss Lee publicly requested for the contact information of the police, but the police are still waiting to hear from you,” they wrote. “Miss Lee who is currently not in the mainland, please cooperate with the police to complete the criminal investigation into the matters of your rumours and defamation.”

“Justice may be late, but it will never be absent! A salute to every police officer! Thank you for your hard work!” they continued, including a hashtag for “Chinese People’s Police Day”, which fell on that day. 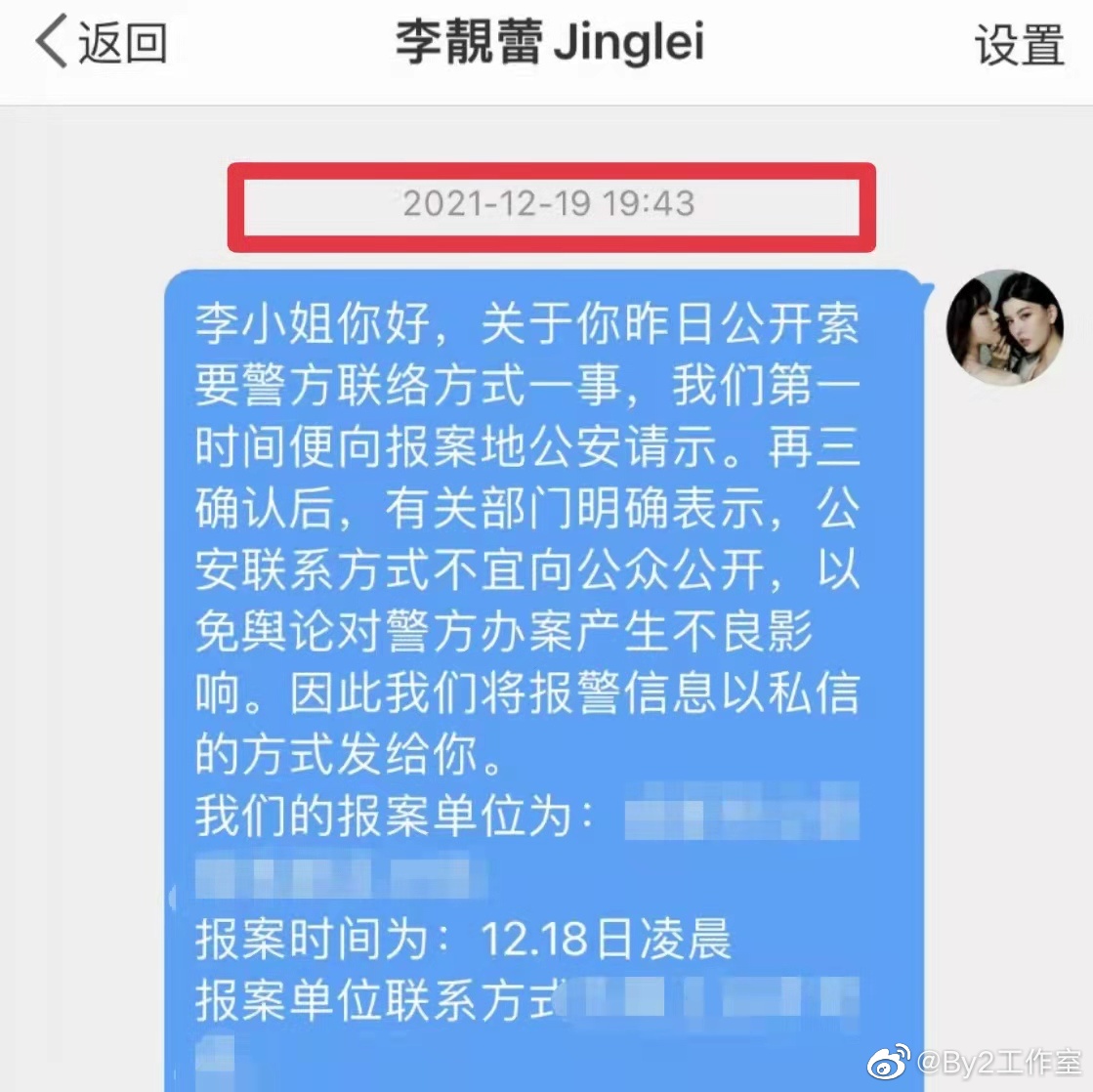 They even highlighted the date ‘cos why bother being subtle?

In addition, BY2 included a screenshot of a message that they sent to Jinglei on December 19, the day after she asked for the police contact information.

The message shows that BY2 did reach out to the authorities at that time but were told that police contact information should not be made public as it might have a negative impact on the investigation, so they sent the details to Jinglei in private.

However, it seems Jinglei did not put her words into action, hence BY2’s epic little ‘reminder’.