The actor, who has been out of work for eight months, has been called nasty names like “internet beggar”.

Earlier this month, Chinese actor Liu Jin shared on Douyin that he has been out of work for eight months and has turned to selling tea eggs and scavenging recyclables to make a living.

Instead of feeling sorry for himself, the actor, best known for his role in 2015 comedy Goodbye Mr Loser, said that he is not embarrassed of his new livelihood and to be able to make a living with his own hands is an “honourable” thing.

The video was flooded with comments from netizens praising him for being down-to-earth and having a positive attitude.

However, it seems he has also gotten his fair share of hate messages, accusing him of putting on an act to gain attention and publicity.

“You only earn 50 yuan (S$10) [a day] and you call it honourable. You can earn 200 yuan (S$40) moving bricks at a construction site. In my village, we call such people hooligans”, and “As predicted, he has started live streaming. Just watch, he will start selling things soon” were just some of them.

He has also been called nasty names like “internet beggar”.

Liu Jin has been very affected by the negative comments

The negative remarks hit a nerve in Liu Jin, who then took to Douyin to address them.

In a clip titled “Don’t like me, please don’t hurt me”, a visibly upset Liu Jin said that since he shared updates on his livelihood, he’s been attacked by trolls, accusing him of "pretending to be down and out".

He is very hurt by the comments and pleaded with toxic netizens to leave him alone.

“I have been attacked and scolded by many netizens. I am very sad. I will say this again. [It’s okay that] You don’t like me, but please don’t hurt me. If you don’t like me, you can always go away. I am almost falling apart. I am just selling tea eggs to support my family and because of this, I became a hot topic on social media and my followers surged to more than 100,000. Thank you everyone, please stop hurting me,” he said in between sobs. 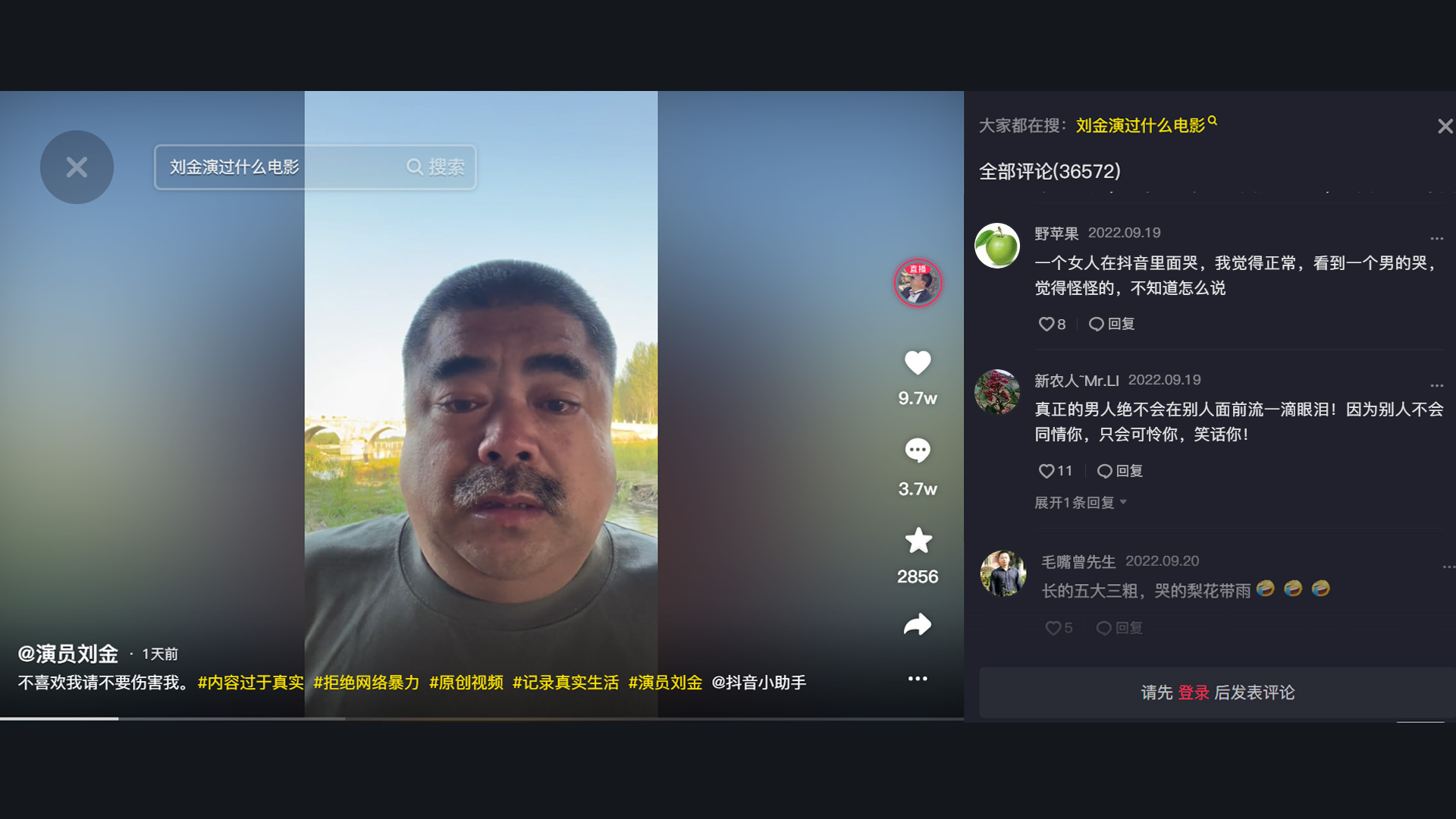 He is "falling apart"

But the attacks did not stop.

Following the video, netizens told him “put the onions away”, and said that his “crying scene is so realistic, he is indeed a dedicated actor”.

But there were also fans who encouraged Liu Jin ignore the trolls and not to take the comments too personally.

“You are relying on your two hands to feed yourself. Don’t bother about [what] others [say],” wrote one netizen, while another said: "Don't be sad, such people are not worth getting angry over. Not good for health".