Chinese Netizen Posts List Calling Out Foreign Celebs, Including JJ Lin, Stefanie Sun And Jay Chou, Who Did Not Show Their Support For “One China”

This comes after US House Speaker Nancy Pelosi’s historic visit to Taiwan.

After it was announced that US House Speaker Nancy Pelosi had touched down in Taiwan for an official visit on Aug 2, Chinese state broadcaster CCTV published a post on their Weibo account, declaring that there is “only one China”.

The term ‘One China’ refers to the stance held by China’s ruling party, where Taiwan is considered part of China.

A large number of Chinese celebs, as well as those hailing from Hongkong and Taiwan then proceeded to share CCTV’s post on their personal Weibo accounts, making their stance clear. 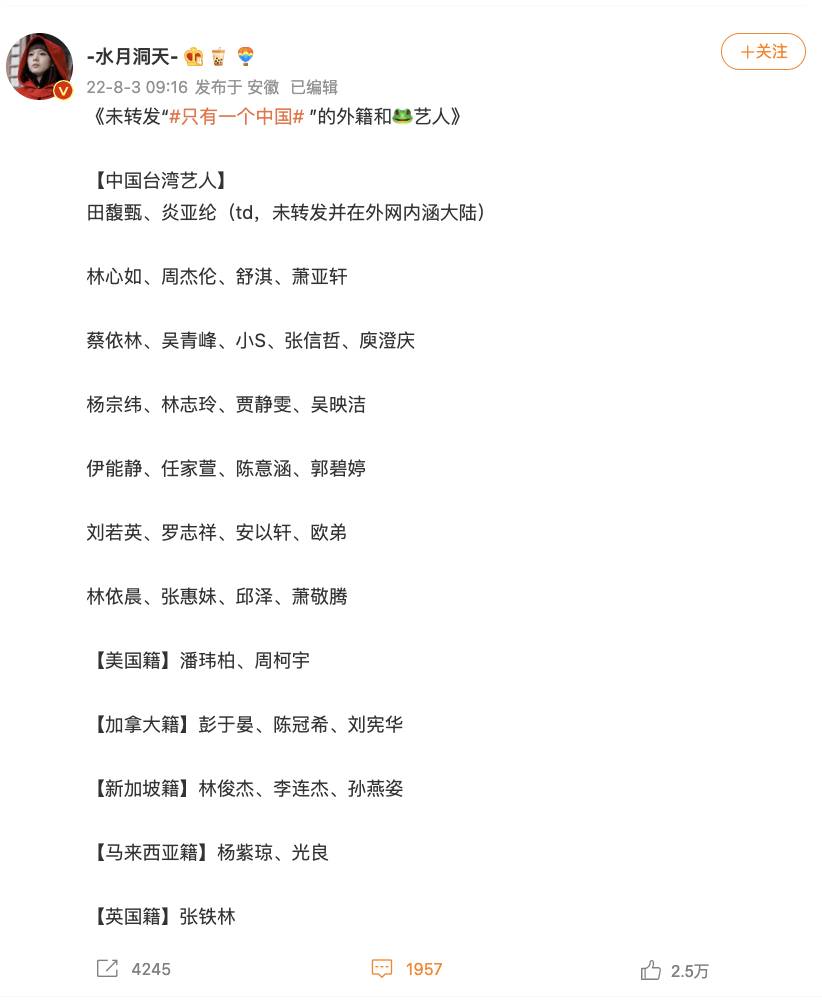 A day later, on Aug 3, a Chinese netizen wrote a post on Weibo calling out all foreign celebs who have yet to share the One China post on their personal Weibo accounts.

The list separated celebs into groups based on their nationality, and included Singaporean, Malaysia, Canadian, American, and Taiwanese celebs.

Apart from calling out S.H.E member Hebe Tien, who became a punching bag after posting a pic of her eating spaghetti, the list also included a large number of Taiwanese celebs. 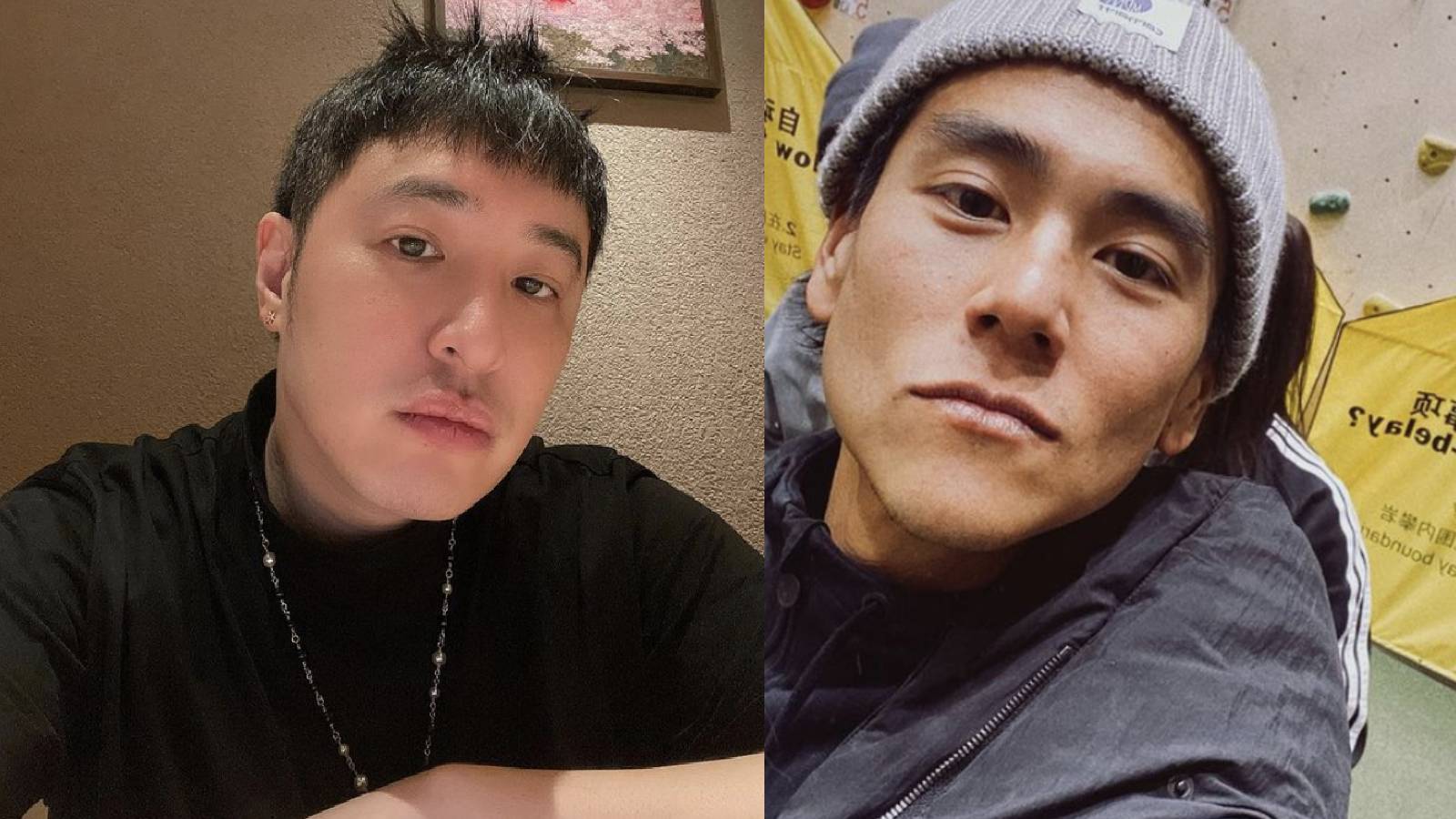 Wilber Pan and Daniel Zhou were classified under American celebs, while Eddie Peng, Edison Chen and Henry Lau were named as Canadian celebs.

The creator of the list then went on to explain their rationale behind creating the list in the comments section, writing: “Sharing [the post] might just be a surface-level [show of agreement]. But for those who didn’t share it, they definitely have something to hide.”

While there were a large number of netizens who agreed that the celebs should be called out for not supporting China’s stance, some felt that there was no need for foreign celebs to do so.

“Actually, JJ Lin, Stefanie Sun and Fish Leong aren’t [from China] to begin with. There isn’t any need for them to voice out their opinions at this point, is there?” one netizen wrote. However, the creator replied: “Then, did they not earn money in the Mainland? Aren’t they part of our local showbiz scene?”

Said creator also replied to a different netizen, who felt that it was better for celebs to steer clear of topics related to politics.

They argued that it’s the duty of celebs to share such posts, and that as long as they’ve come to China to earn money, they have to do so.

“If they don’t [share such posts], then it’s obvious what kind of attitude they hold [towards China],”   the creator wrote.