Ni Kuang, who was born in Shanghai, was fiercely critical of the Chinese Communist Party in his works and once vowed he would never to return to China.

Like many in the literary and entertainment scene, martial arts star Jackie Chan took to social media to pay tribute to late Hongkong novelist and screenwriter Ni Kuang, who passed away in a cancer rehabilitation centre on July 3.

Best known for his popular New Adventures of Wisely series, Ni Kuang was regarded as one of the “four greatest talents in Hongkong”.

Just hours after mourning the death of Hongkong director and screenwriter Alex Law who passed away on July 2, Jackie wrote another Weibo post saying: “What happened today... I just found out that senior Ni Kuang has also left us. One of the Hongkong talents who represented the splendor of an era. Miss you.”

However, this simple tribute angered Chinese netizens who criticised Jackie for mourning an “anti-Communist” and “anti-China criminal”.

Ni Kuang was known for being fiercely critical of the Chinese Communist Party (CCP) in his works. In 1957, the Shanghai-born writer fled to Hongkong to escape the CCP and vowed never to return to China.

"Such people don’t deserve to be remembered ", "You mourn everyone, [you have] no principles", and "National interests are above everything else, as long as they are anti-China, they will be blacklisted" were just some of the comments netizens left on Jackie’s Weibo page.

There were also many who came to Jackie’s defense, calling the netizens “hopeless” and “full of hostility”. 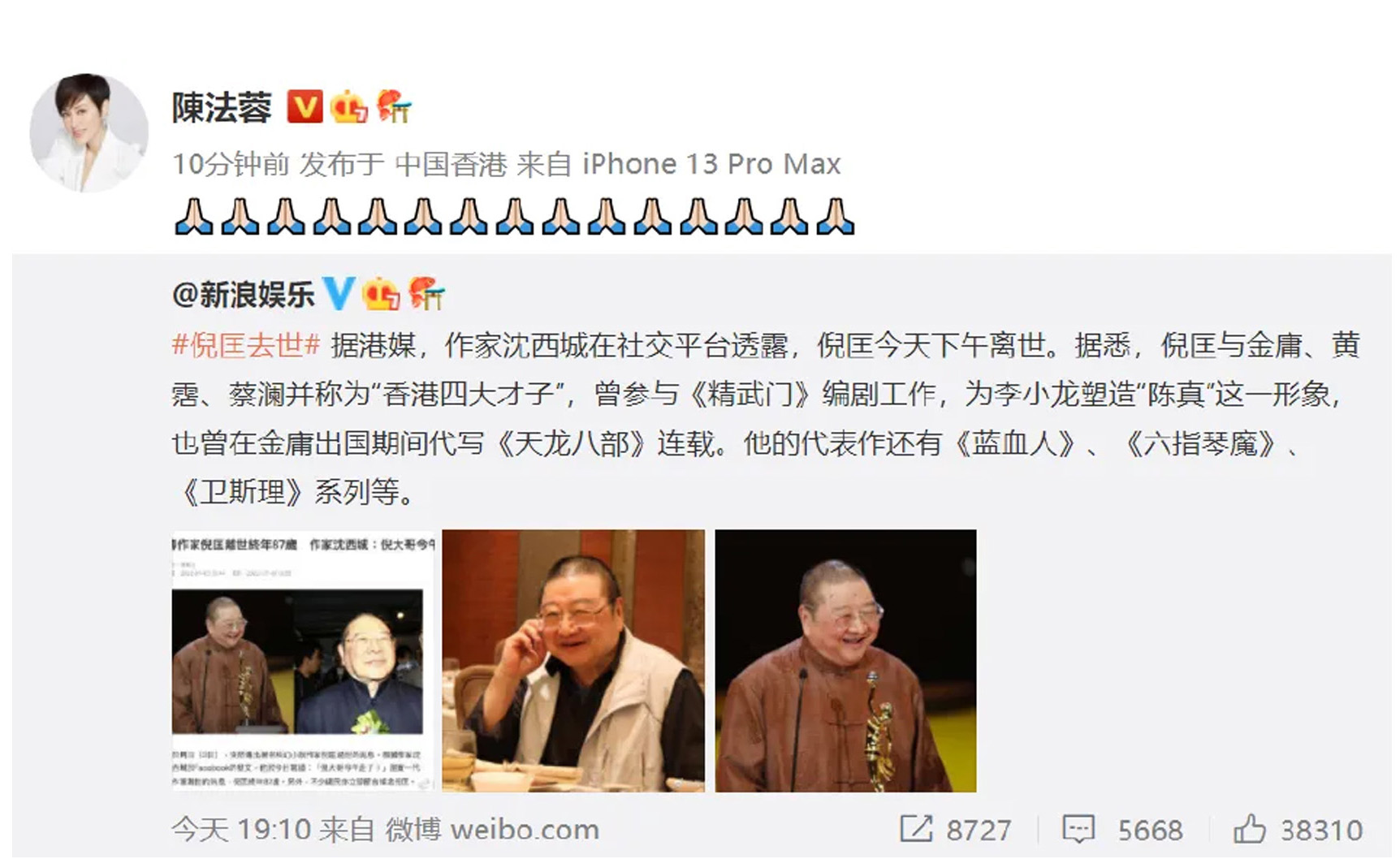 Netizens were not pleased with Hongkong actress Monica Chan's post too

Jackie wasn’t the only star who drew flak from netizens.

Some netizens believed that Yao Chen only wrote about Ni Kuang when she read that he was one of the “four greatest talents in Hongkong", but later removed her post after learning that he was anti-China.