It’s not easy when your parents are public figures.

It would be safe to say that the last episode of Dishing With Chris Lee was the most nerve-racking one yet... for Christopher Lee.

After all, the 50-year-old actor was hosting Minister for Education Chan Chun Sing, 52, at his Pulau Ubin kitchen.

Lucky for Chris, he had the help of Kym Ng, who entertained MP Chan while Chris ran to and from his outdoor kitchen to prepare his dishes.

Chris whipped up two Teochew dishes, steamed pomfret and braised duck, both of which he often cooks at home.

Unlike in the previous eps where his guests had to pitch in and help with the preparation, Chris and Kym worked together to make sure the food was ready in time for MP Chan’s arrival.

The trio then sat down to enjoy their meal and talk about their thoughts on education and raising kids in the public eye. 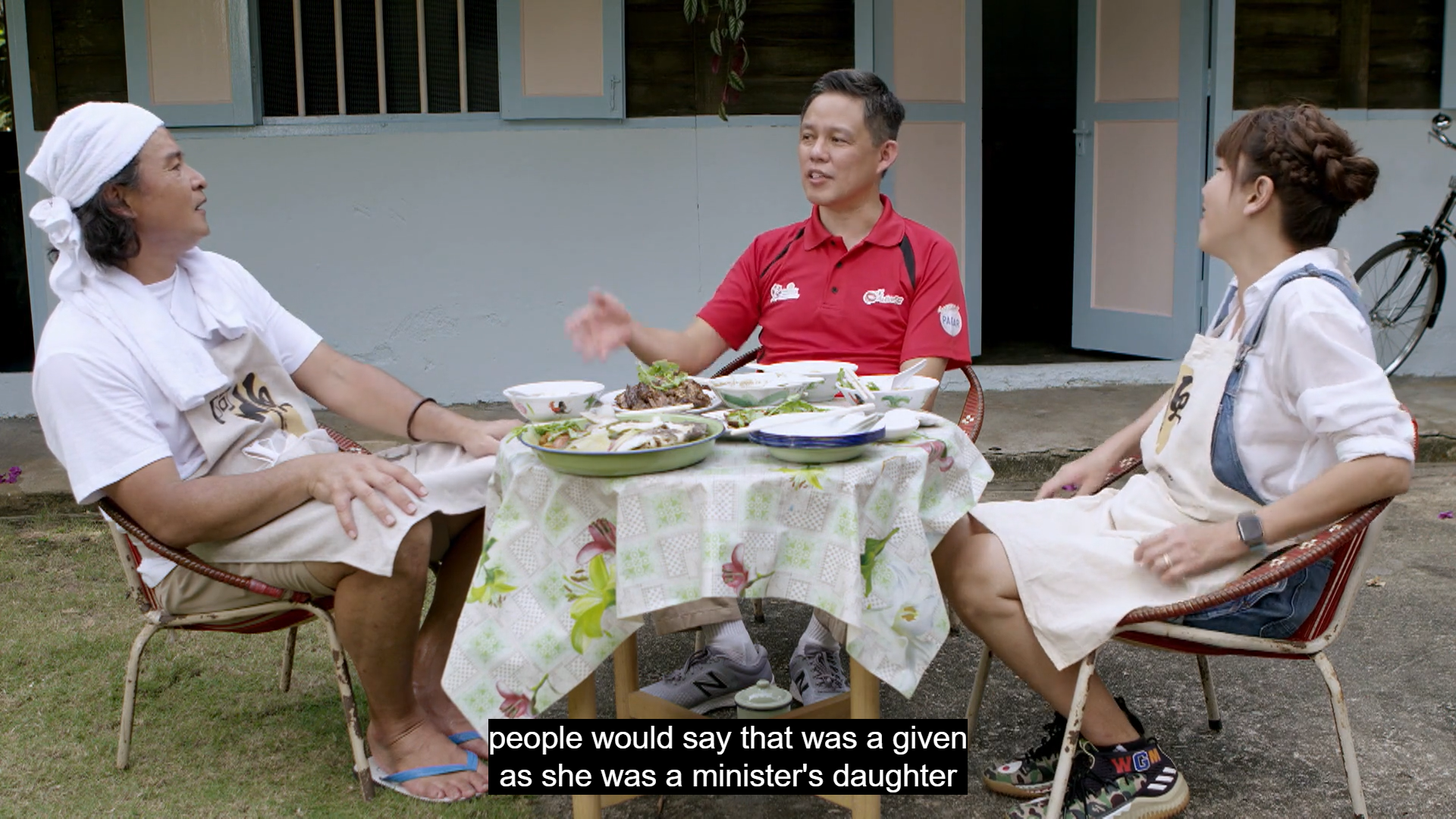 MP Chan on the difficulties his daughter faced in school

While on the topic of sending their kids for enrichment classes and their academic achievements, Chris asked MP Chan if his kids feel pressured when it comes to their studies because their dad’s a minister.

He then explained that it was part of her growing process, learning how to deal with that kind of pressure in school. Chris is worried about the pressure Zed Zed will face too

Chris, who has a seven-year-old Zed with wife Fann Wong, says he can completely relate to MP Chan’s experience.

“That happens to my son too. But he’s small, so it’s us, the parents who get the reactions," said Chris.

MP Chan added: “Your son’s friend may say, your dad’s an entertainer, he must expect this or that of you. So, for him, intangibly, there may be pressure too.”

Chris wasted no time in nodding his head in agreement. 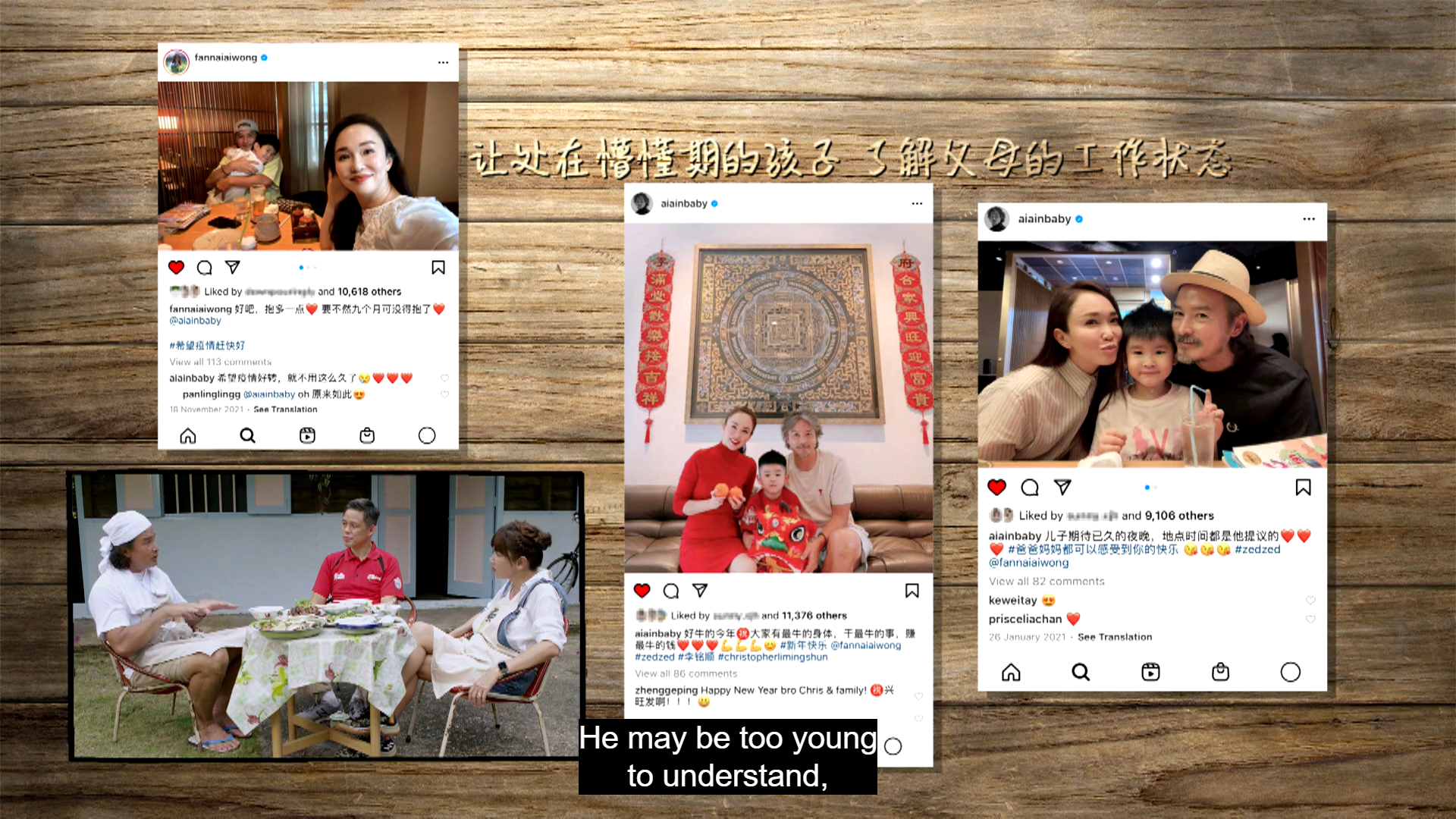 Zed Zed, your parents are stars!

Kym then posed a question to Chris, wondering if Zed's already aware that he has famous parents.

“My wife and I believe that we should let him get to know our work from a young age. For instance, when I go to a shoot or post something on Instagram, we let him know. He may be too young to understand, but I believe he’ll slowly grasp it once he’s familiar with [the concept],” answered Chris.

He then asked MP Chan how he lets his children know when they have less-than-ideal school results.

To their surprise, MP Chan said he does not talk about results with his kids.
“Right from the start, I told them that it was more important to me that they have determination and discipline. To overcome difficulties, you need discipline. If you can pick yourself up and keep going even after you fall, then you will succeed,” he said, while going on to explain that it’s okay to make mistakes.

Kym summed up the conversation best by saying: “We’re all flesh and blood, it’s impossible for us to never make mistakes.” The trio ended the day by taking an old-school picture

Reflecting on his conversation with MP Chan, Chris revealed how glad he was to be on the same page with him when it came to raising their kids in a healthy environment.

“I was also thinking of giving Zed Zed a healthy and happy learning environment and family education like that. That’s what we, as parents, can give them. In the future, their own discernment and personalities will determine the path they take. Of course, their parents’ guidance is the most crucial [during their growing years],” said Chris.

Watch the full episode below to find out more about MP Chan, Chris and Kym’s take on educating children.

You can also watch the show on meWATCH here.