Coco Lee “Ashamed” Of Out-Of-Tune Performance At Awards Show, Netizens Say It Was Like A “Car Crash”

The singer revealed that there was an issue with her earpiece.

Even the best singers have bad days. In the case of Hongkong pop diva Coco Lee, that day was last Saturday (Jul 30) when she performed her classic song ‘Peking Opera Blues’ at the Hundred Flowers Awards, one of China’s most prestigious film awards ceremonies.

Her performance was fraught from the start. Not only was the 47-year-old’s singing out-of-tune, her voice was unstable throughout the performance. 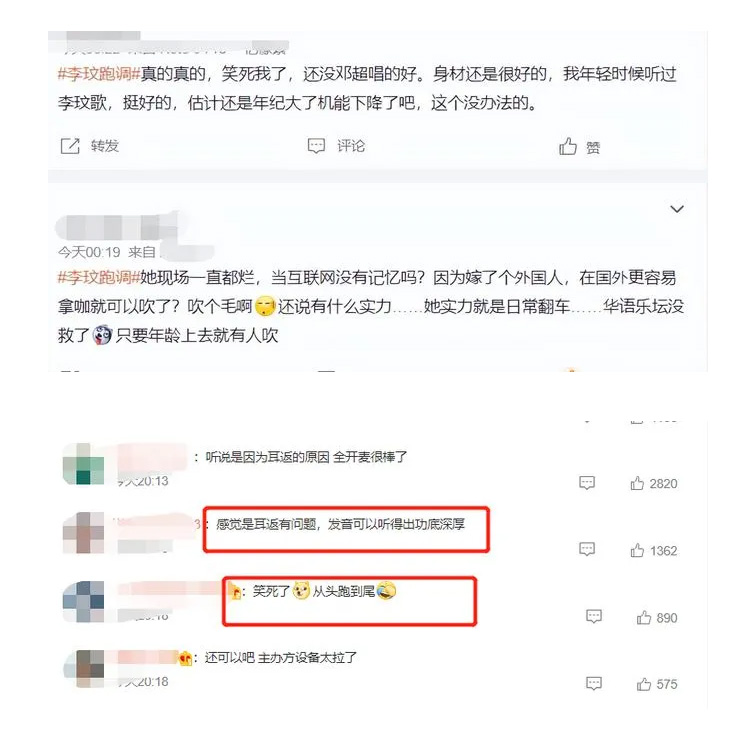 Netizens were not impressed

Though Coco is known for her powerful vocals, netizens criticised her “terrible” performance, saying she sounded like a “car crash” and that her “singing ability has dropped with age”.

There were also some who speculated that there were problems with her earpiece. 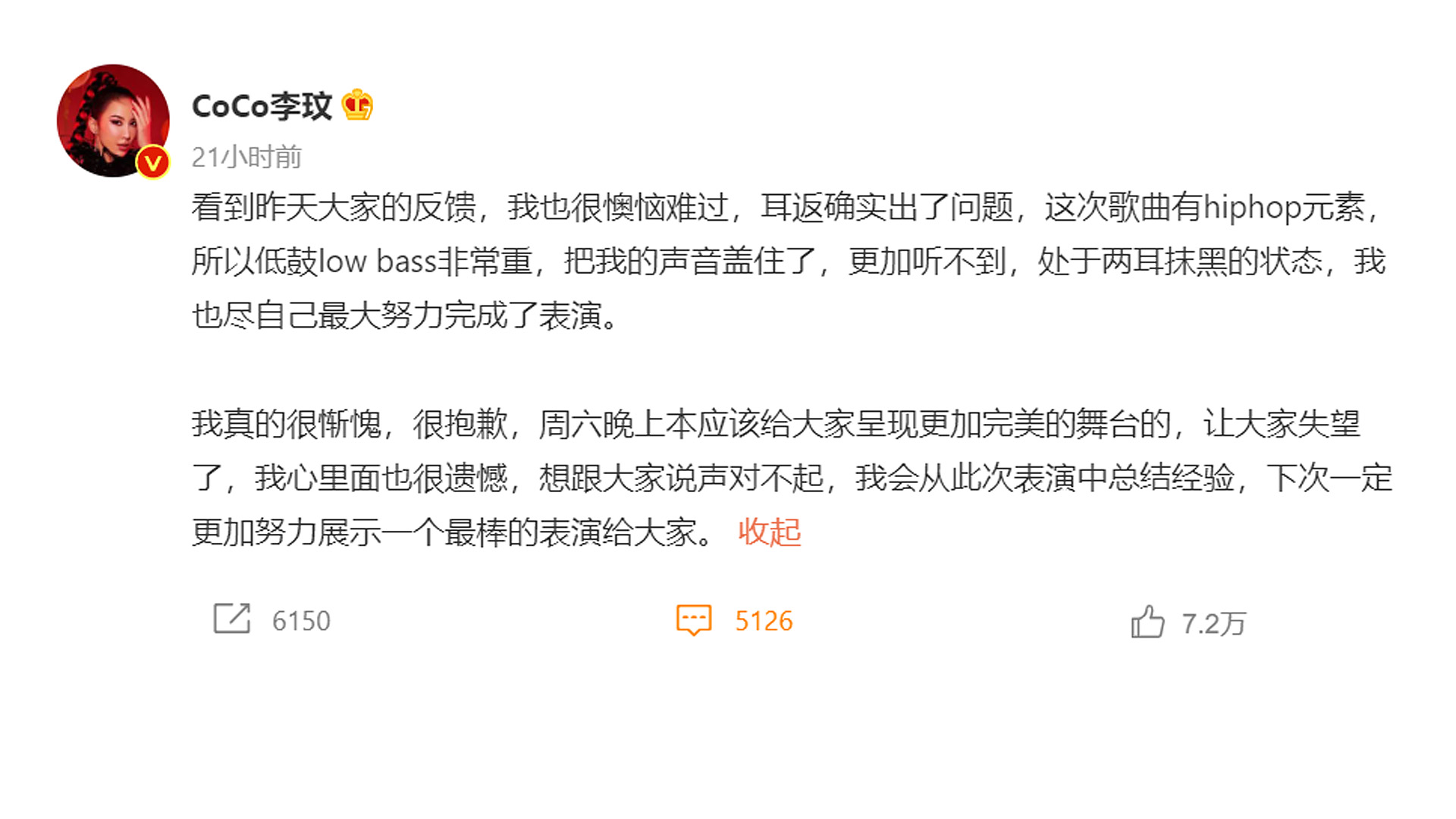 There was a techincal glitch

On Sunday, Coco took to Weibo to apologise for her performance, explaining that there was an issue with her earpiece and that she could not hear herself.

“After seeing everyone’s comments yesterday, I was very upset. There was indeed a problem with the earpiece. As the song has some hip-hop elements, the low bass was very heavy, covering my voice, making it even more inaudible. My ears were as though they were blacked out. I tried my best to complete my performance,” she wrote.

Coco added that she felt “ashamed” and “regretful” for disappointing everyone and would draw lessons from the experience and do better in future.

Fans left messages on Coco's post, comforting and praising her for singing live.

"Don't be too hard yourself, don’t we all know your true ability?" wrote one netizen, while another said: "Those who understand live performances will know that when there is no audio in your earpiece, it is akin to singing blind.”