Mark sure didn't hold back on what he thinks of Guo Liang and Quan Yifeng on the latter's talk show Hear U Out.

Mark Lee, 53, showed up in the first episode of the new season of Quan Yifeng’s talk show Hear U Out all ready to say whatever was on his mind.

He opened up about his past gambling addiction, which left him with a $200K debt, as well as his relationship with his three kids.

Of course, Mark's never one to mince his words. And on the receiving end of his brutal honesty was Yifeng, who has won Best Host at the Star Awards eight times.

And yes, that's an important factoid for this story. 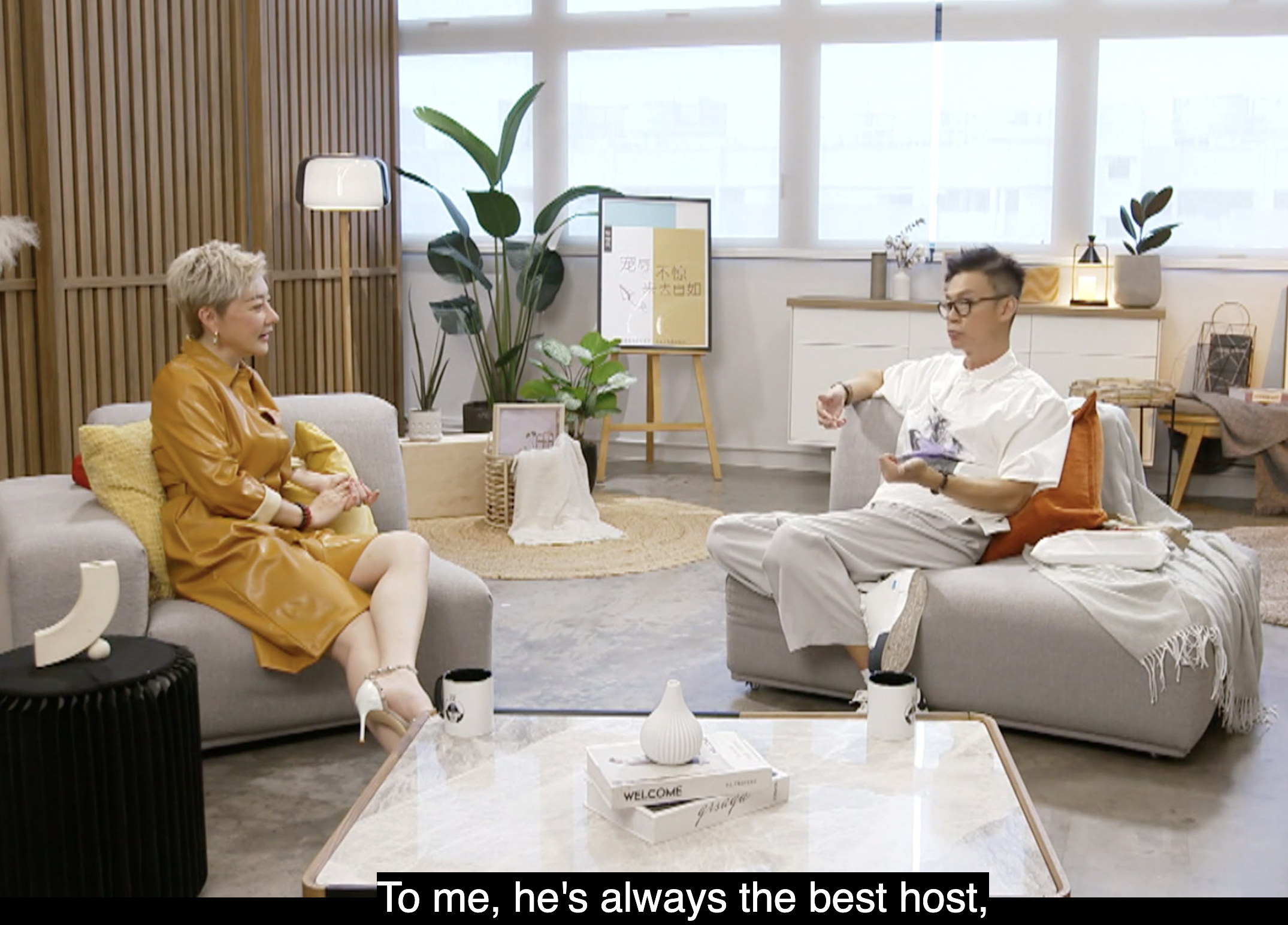 Yifeng was curious to know if Mark constantly said the “wrong things” whenever he's on air.

Mark then said that he never messes up 'cos he simply says anything that's on his mind.

“For example, any drama involving [other hosts] like Yifeng [or] Guo Liang. Why does Guo Liang need to present the news? Although he looks like a news anchor, it’s not necessary that he really takes up that role. He can act, he can host. He acts so well, like his recent performance with Ayden Sng in The Unbreakable Bond. That’s why he appears in all of my productions, I really like him,” said Mark.

He then dealt Yifeng a death blow with this quip: “He will always be the best host to me, and not Quan Yifeng.” Yifeng with her Best Host award at this year's Star Awards

He then looked straight into the camera, seemingly addressing the judges of the Star Awards, asking them why they can't “just give the award to Guo Liang”, instead of always awarding it to “this person”, while motioning to Yifeng.

“Ask her where she keeps the awards after getting them. She just puts them in the storeroom, what’s the point!” Mark exclaimed.

It’s not every day you get to see Yifeng speechless, but it sure looked like the cat got her tongue.

FYI: Guo Liang has only won Best Host once throughout his storied career. We wonder how many of his awards have been damaged

Yifeng did attempt a comeback though, mentioning that Mark himself has won Best Host four times.

“You have more awards than Guo Liang too!” she laughed.

“I display them all in my company hor. My maid even broke some of them,” retorted Mark matter-of-factly.

Mark then said he knew that between him and Yifeng, they have a common understanding that the audience wants to be entertained when they tune in to a show.

So confident is Mark in his brand of candor, that he knows that people love him for well, being him.

Catch the full interview with Mark on meWATCH or watch the episode below.