He has a point.

One of the saddest pieces of news this week has to be the unexpected sinking of Hongkong’s iconic Jumbo Floating Restaurant.

While en route to an unspecified location in Southeast Asia to receive repairs, the restaurant, which was opened by late Casino King Stanley Ho in 1976,  met with  “adverse sea conditions” on Jun 18 and capsized.

The towing company attempted to retrieve the vessel on June 19, but was unsuccessful, which resulted in its sinking. Thankfully, there were no casualties and none of the workers involved in the rescue efforts were injured.

Hongkong director Alfred Cheung, who is best known for his movies like Her Fatal Ways (1990) and Bodyguards of Last Governor (1996) took to social media to share his thoughts on the heartbreaking incident.

“Jumbo Floating Restaurant has sunk in the South China Sea. From being in a narrow harbour, with plenty of visitors and ships moving around it, [the vessel] was suddenly uprooted and towed away to sea. The sudden news of the restaurant sinking bears resemblance to the tragic theme of Toy Story where one gets tossed away after being used. It’s even worse for Jumbo — it drowned. This doesn’t feel too good,” he wrote.

Alfred also said that on hindsight, the restaurant should have “been left to perish in Hongkong”, where locals could remember and visit it at the place it had called home. 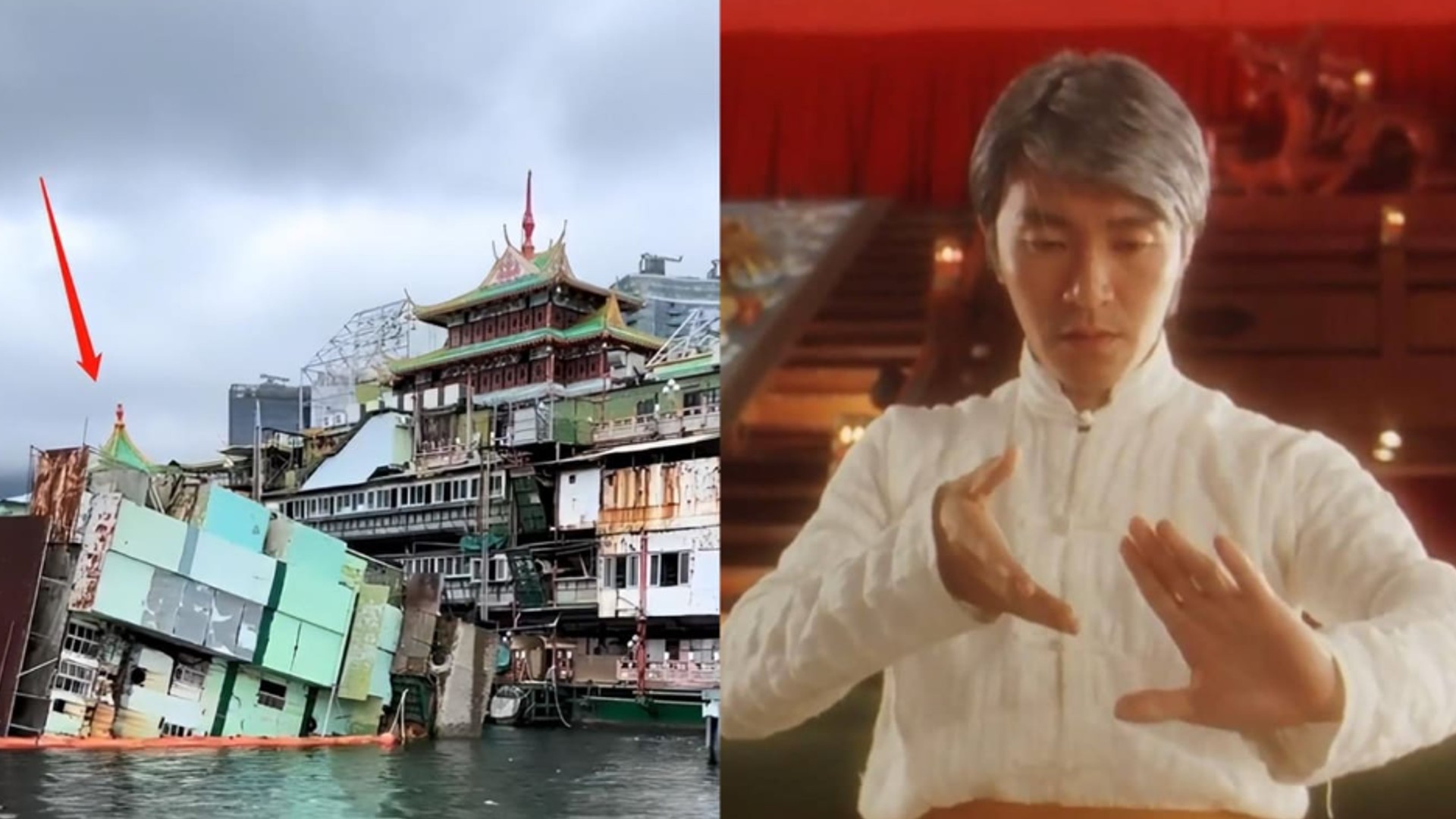 Of the many movies that had used the floating restaurant as its backdrop, Stephen Chow's iconic 1996 comedy action film The God of Cookery is one of the most memorable.

The film’s director, Lee Lik-chi, also took to Weibo to mourn the loss of the restaurant too.

Posting a screenshot of a scene from the movie, he wrote: “[A place] filled of experience, such a pity, goodbye forever, what's left are only memories.” The floating restaurant in its glory days.