It took an army to declutter and reorganise all that stuff belonging to seven adults.

This five-room flat may be spacious, but when you have seven people living under one roof, there's bound to be clutter and mess.

That’s the issue that Sharon, her parents and siblings faced, as they revealed in an episode of House Everything?. Their living room had turned into a makeshift store room, pantry and work-from-home area. Yes, everything other than what they wanted their living room to be: A common space for the family to gather and relax.

So Sharon and family turned to House Everything? hosts Chen Hanwei and Jernelle Oh and a team of professional home organisation experts and interior designers for help.

The first part of the overhaul involved a massive decluttering session, followed by a design facelift for the living and dining areas, which looked like a giant warzone when Hanwei first visited the family.

In fact, he noted a “salted fish smell” the moment he stepped in. As it turned out, it came from the long entryway that's brimming with so many pairs of shoes stuffed into open shelves, Hanwei remarked it looked like there was enough shoes for 70, not seven, people. 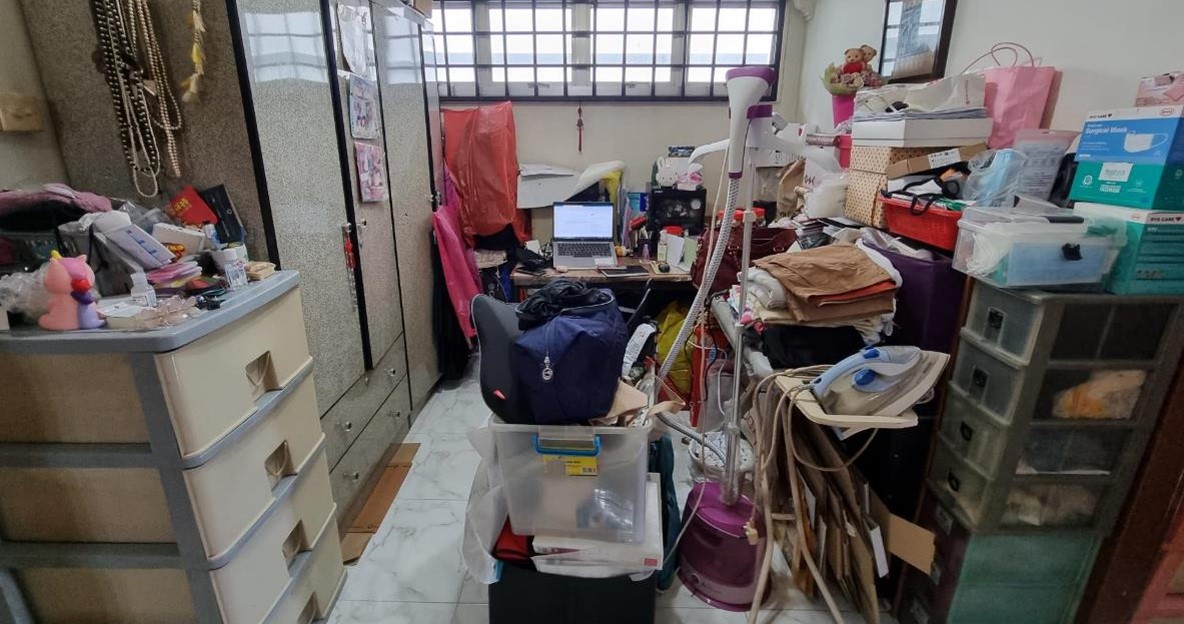 Sharon would work from home from a tiny nook (pictured above) that she'd carved out from a mountain of mess and documents (and, um, a drying rack of underwear), while her father worked from a mahjong table-turned-makeshift desk in the middle of the living room.

As Hanwei waded through the clutter with Sharon, her younger brother and her mum, he found many unopened Chinese New Year snacks, expired bottles of alcohol and heaps of unused stuff that they’d been planning to give away, but have been buried and long forgotten.

Decluttering expert Ouyang Haoshan, or Shan, then stepped in and got the family to decide what they would like to use the space for (“relaxing, gathering and dining,” Sharon mused) and which items did not serve these purposes. These would be either thrown away, donated or kept in bedrooms.

Shan explained that, especially in a home where many people are living together, it’s important to differentiate which items belonged to who. “Otherwise, it makes decluttering very difficult and it’s hard to see just how much stuff each person has amassed,” she said.

During the process, the family’s hoarding tendencies were revealed, whether it’s keeping an extra sofa or fridge (empty and unused, too), or three different kinds of irons.

After days of decluttering, an interior designer was finally able to start renovation work, and the space got a brand new modern minimalist makeover. 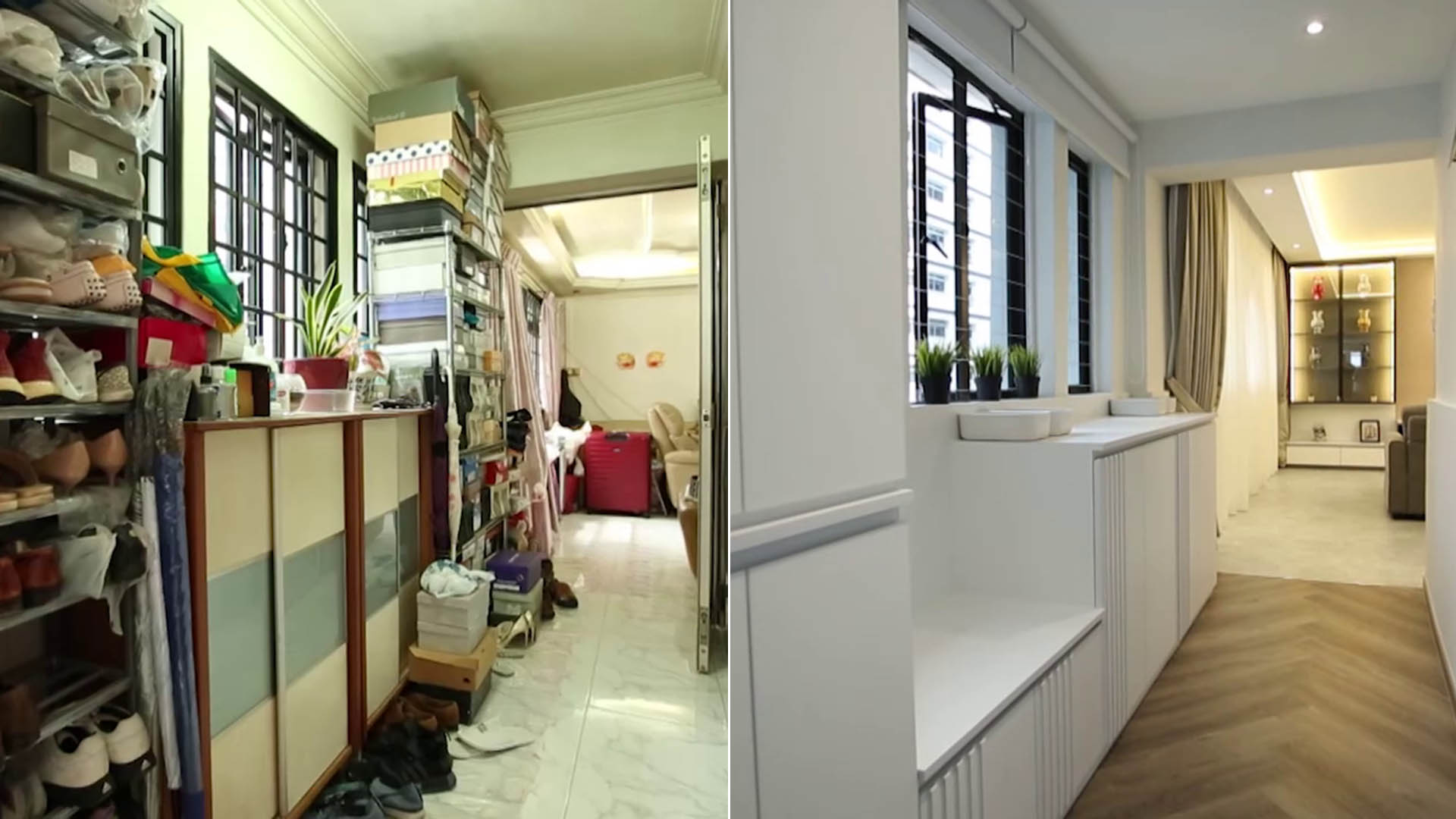 Its new look? A light, bright sanctuary with plenty of built-in carpentry, designed to meet the family’s storage needs.

To help them reorganise their newly-renovated abode, Shan has tips on how to smartly store all their items. This includes ingenious hacks like using document folders as a stand to store sandals or flip flops in order to maximise storage space. 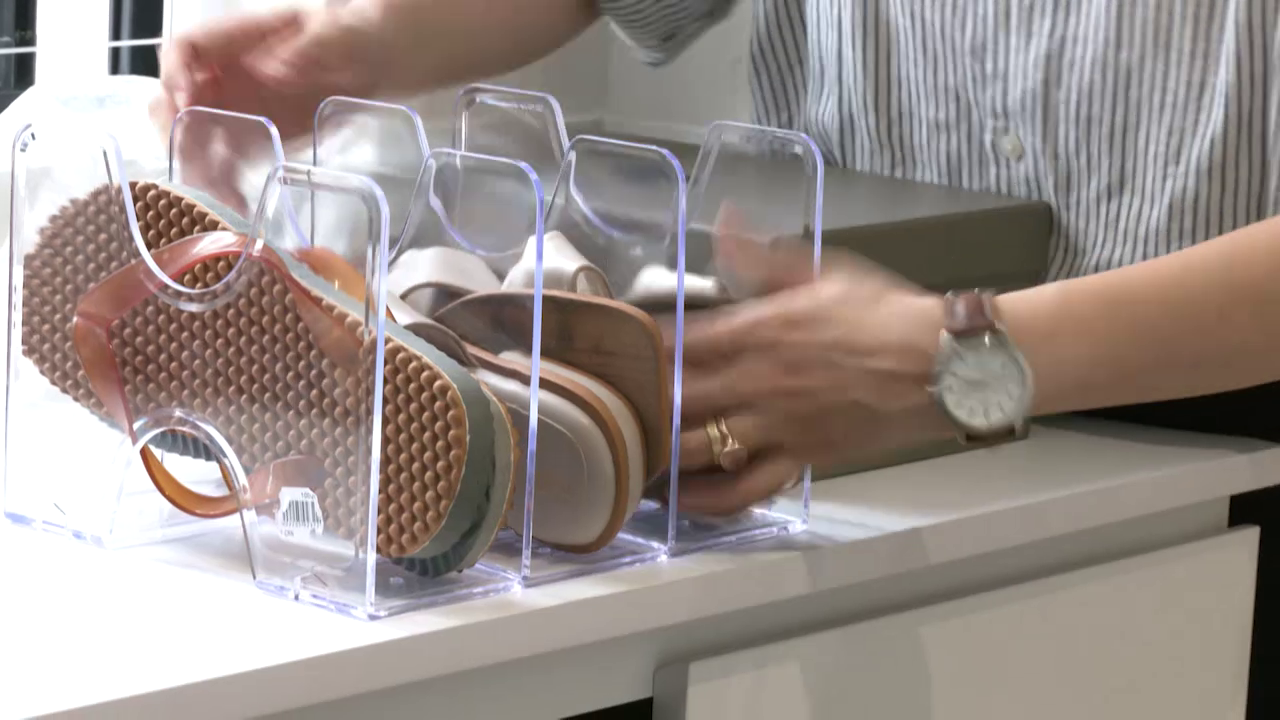 The thing is, can the seven of them keep their home this neat and tidy in the long run?

After all, there’s a caveat for folks whose homes are given a facelift on the series: Spot checks will be conducted sometime after the makeover, and if the place devolves into a mess once again, producers will impose a penalty and remove the furniture that was included in the makeover.

Did Sharon’s family manage to keep their sofa, or has their home descended into a chaotic mess again? Want to get more home organisational tips? Watch the full episode below.

Catch House Everything? Season 2 on demand for free on meWATCH, and every Thursday, 8pm on Ch 8.