This week, we celebrate some celeb birthdays with an abs-olutely stunning 'movie poster' and a really, really sweet dedication. Oh, and our local stars got to rub shoulders with a couple of international celebs too. Scroll on for more. 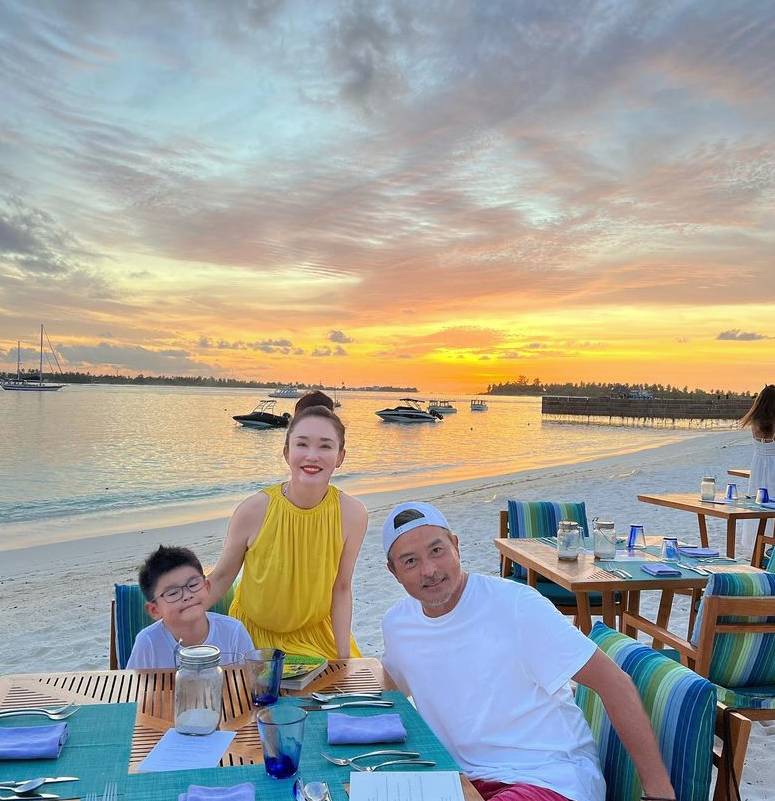 Remember when Chris revealed that his romantic couple holiday with Fann in the Maldives ended after just one day 'cos Fann was missing Zed terribly?

Well, this year, the couple got a do-over with Zed in tow, so no one's missing anyone, okay? Hello baby Qiuqiu (literally 'ball ball' in Mandarin). The couple announced the arrival of their third child, a baby boy, on June 14. Congrats, you guys! 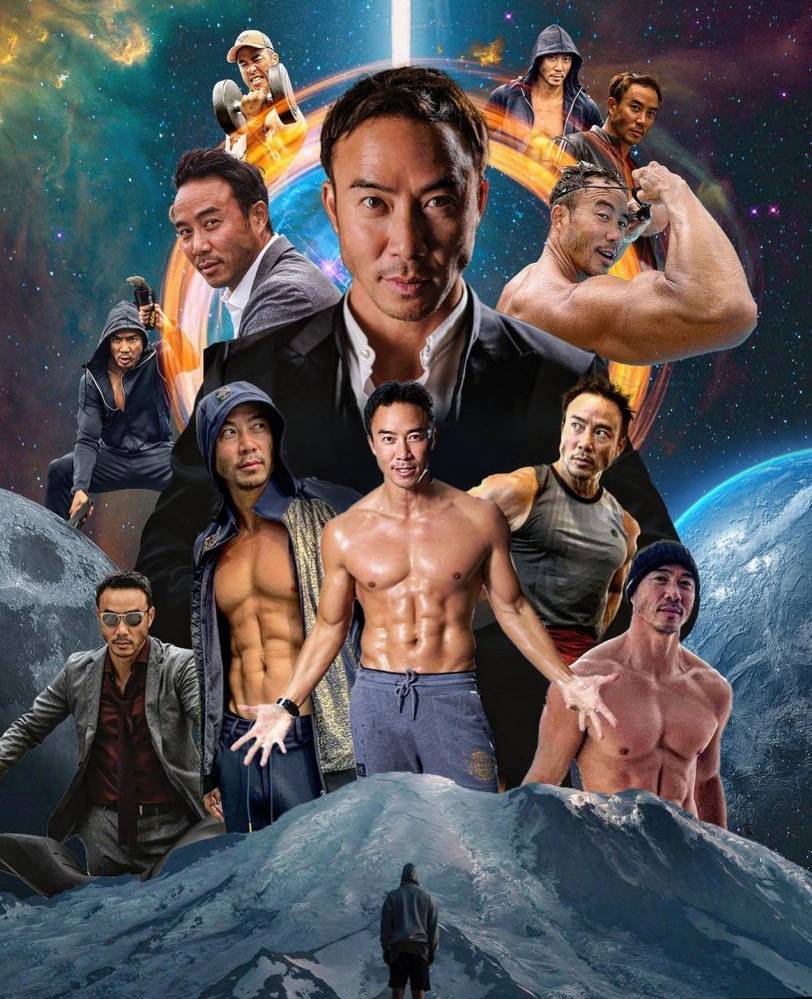 Welcome to the Allan Wu multiverse, where bared abs are a default

Allan Wu celebrated his 50th birthday in style this year, with a party... and over at 8days.sg, we took the liberty to compile some of his more #fitspo pictures. 'Cos you can never get enough of his abs, right? 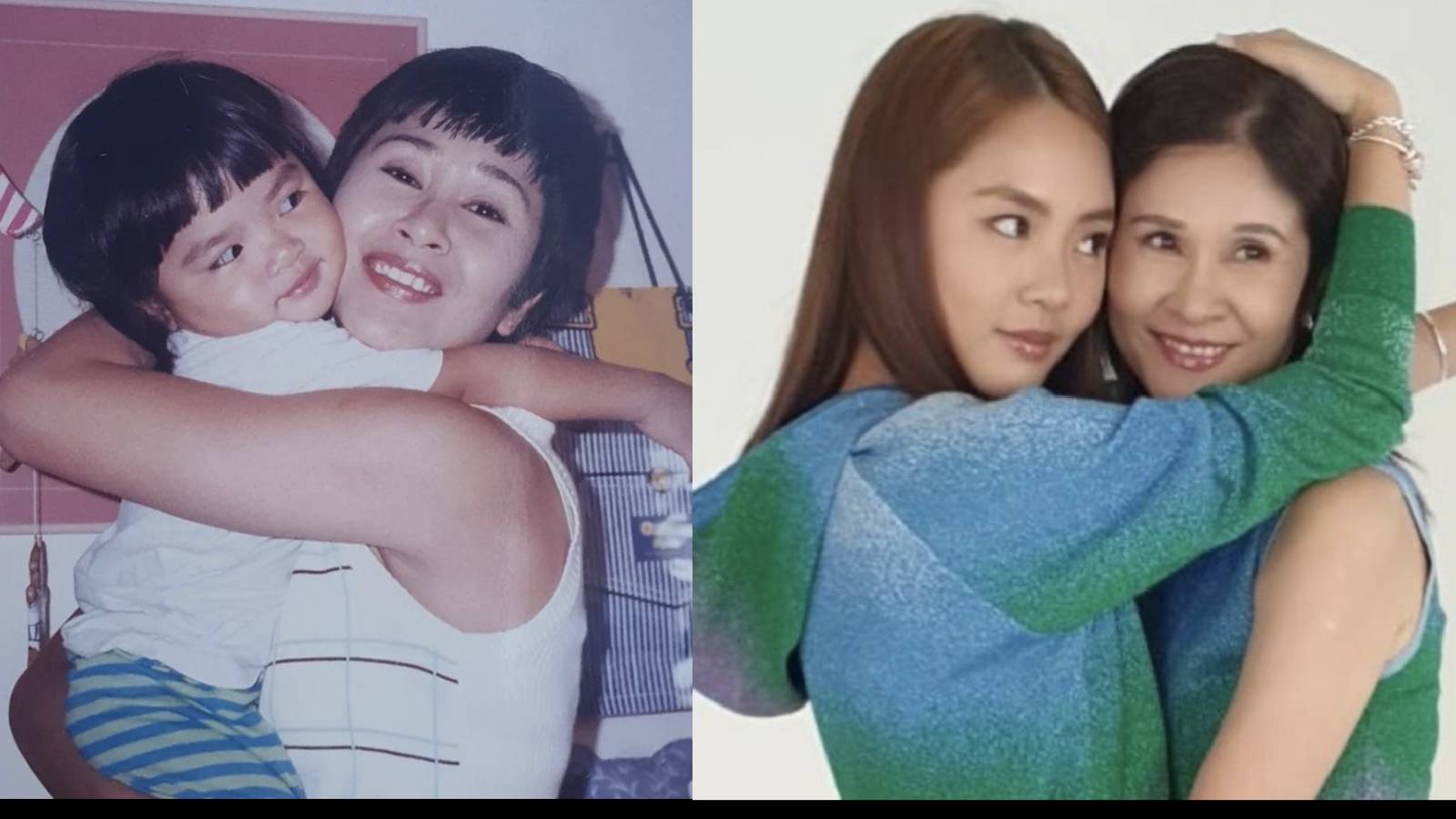 Chantalle, who recently reunited with a long-lost child actor friend, celebrated her 27th birthday earlier this week. In her Instagram post, Meijiao shared that she wrote a card for Chantalle with a heartfelt message inside that reduced Chantalle to tears when she read it.

"Haha, you're 27 already, and just like you were as a child, you'll cry when you want to cry, and laugh when you want to. Mum likes how candid you are with your emotions. Continue being a joyful child, and retain your kind heart," Meijiao added in her caption. 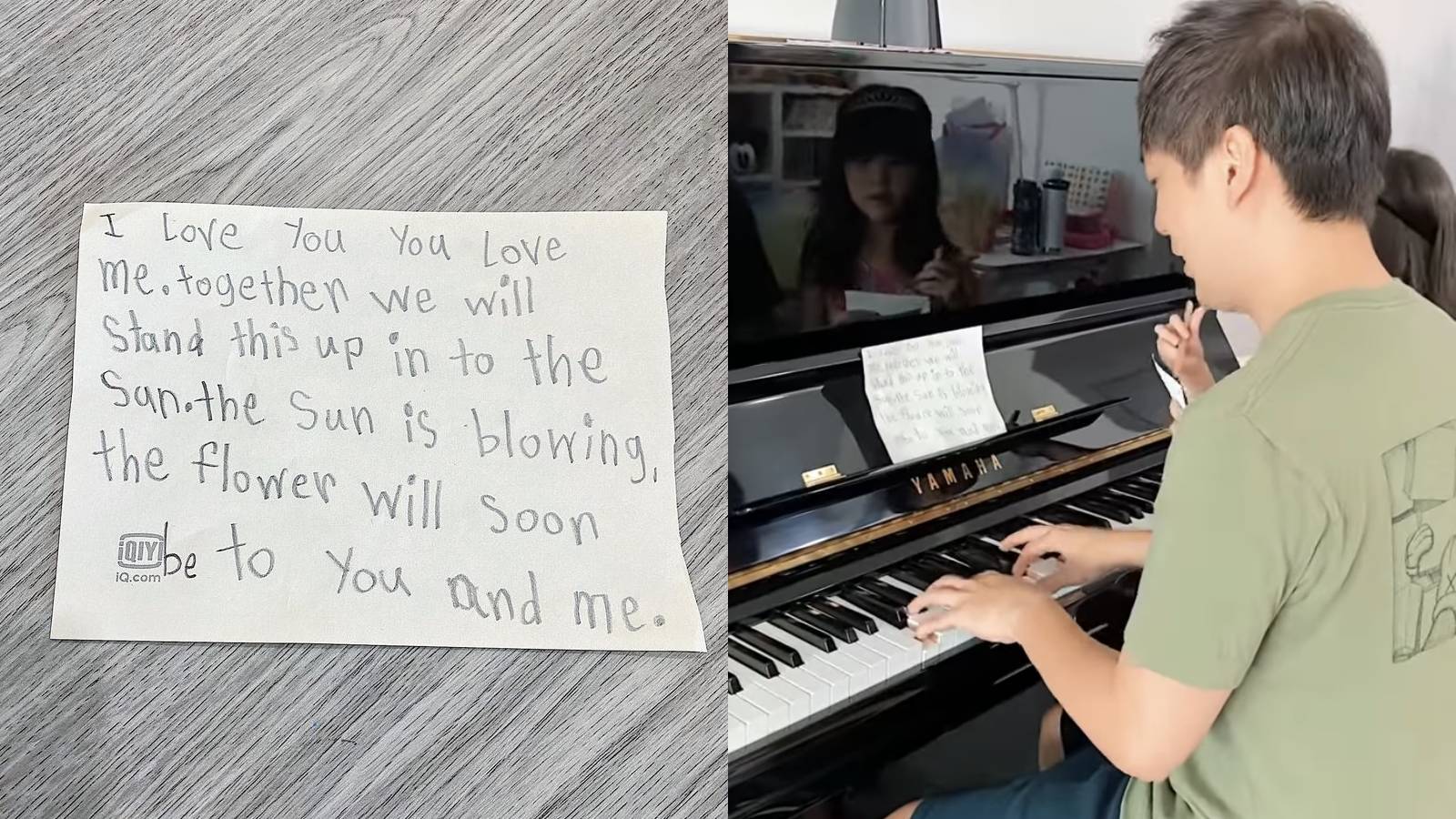 Hong Junyang co-wrote a song with his daughter

The singer shared on his Instagram that his five-year-old daughter, Azalea, came up to him one day and told him that she'd written her own song lyrics. So of course, the singer had to come up with a quick composition to match her lyrics, right? Check out their sweet collaboration below. 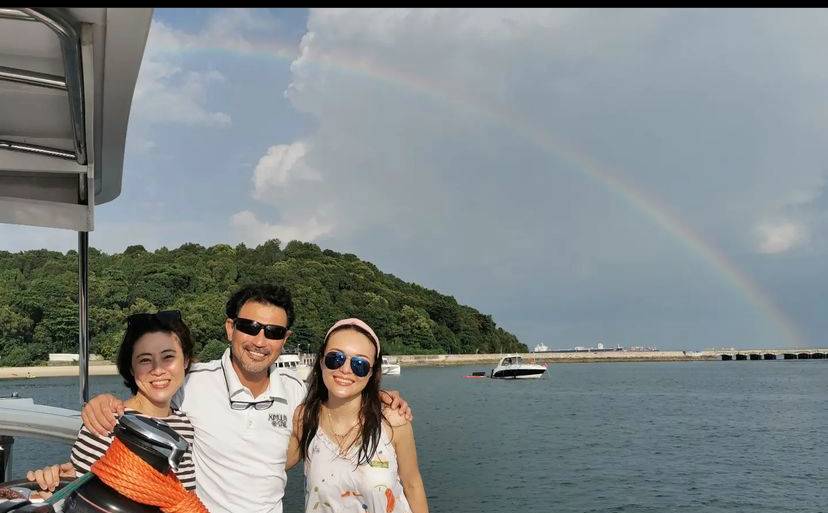 The trio, who acted alongside each other in the 2011 drama, The In-Laws, had a comfy reunion on board a yacht earlier this week. P.S: We spotted a camera crew in the pictures as well, so it definitely seems like this won't be the last we see of this trio.

Catch up on The In-Laws on meWATCH here, or watch the first episode embedded below. 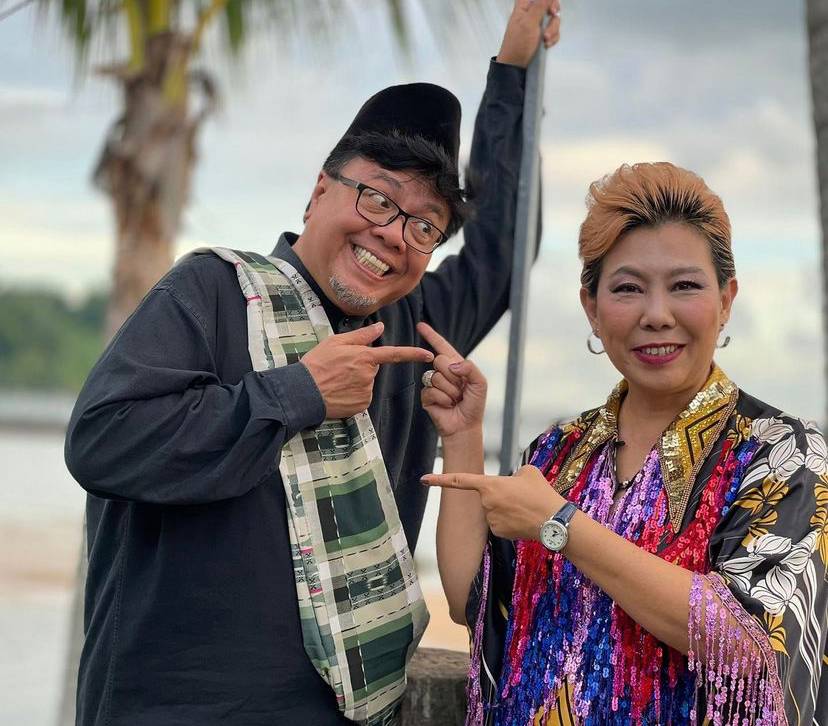 In Suhaimi's caption, he revealed that the duo, who "met many many years ago" managed to click with each other, despite their "different ethnic background, beliefs and even different TV sitcoms".

And so, the " 'Angku Kueh & Kueh Lapis' showbiz partners" were born.

"On & off screen....Some friendships are meant to last - that's real heritage," Suhaimi mused in his caption. 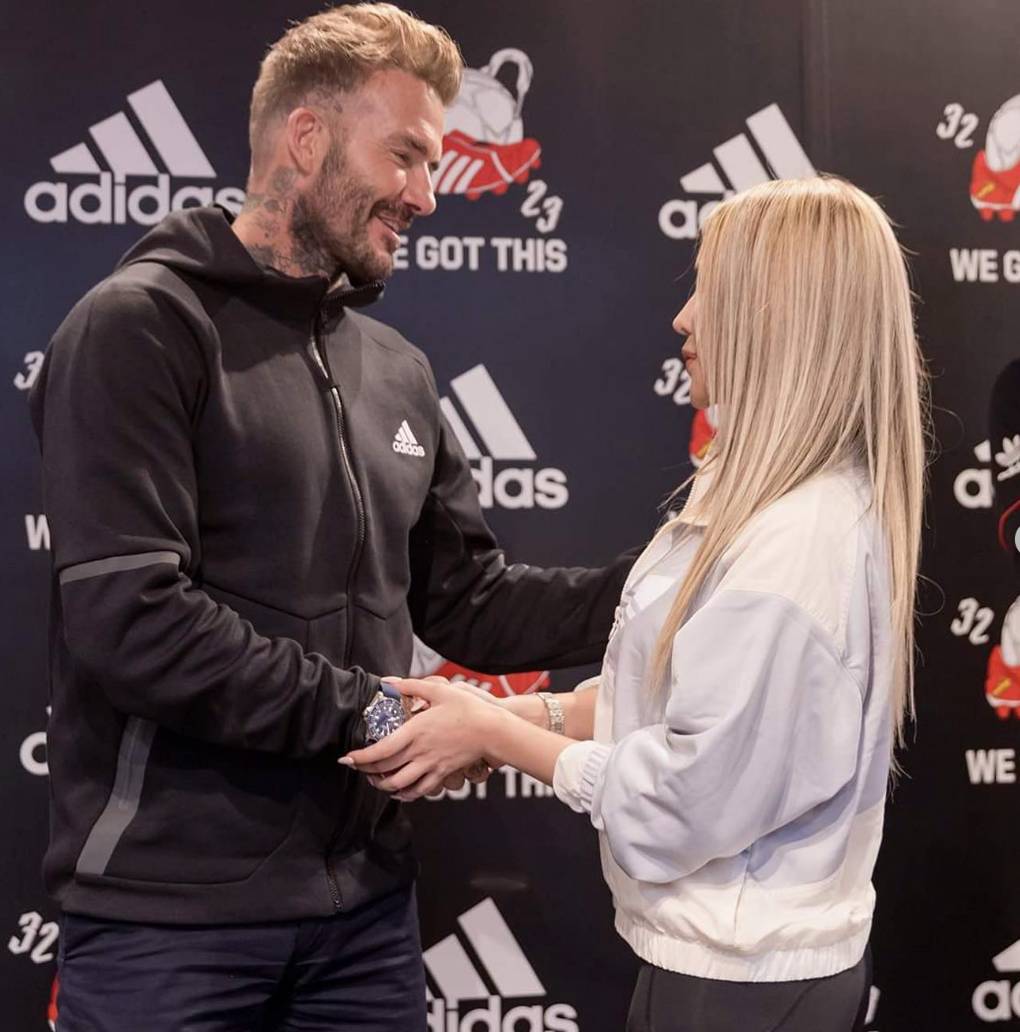 Jade Rasif had nothing but praises to sing about David Beckham

The influencer, who was a panelist on a live talk show hosted by Adidas and special guest David Beckham, shared that the football star was an absolute sweetheart off-screen.

Although he was not meant to host a meet & greet, he took photos with every person in the room, and shook every hand. After the show he proceeded to walk outside the store center to greet the fans waiting outside and to thank them for their support," she wrote.

Jade went on to share that he also made sure to have a quick chat with the rest of the panelists despite his packed schedule.

"The personification of my favourite quote, “Work hard, stay humble.”" she concluded. 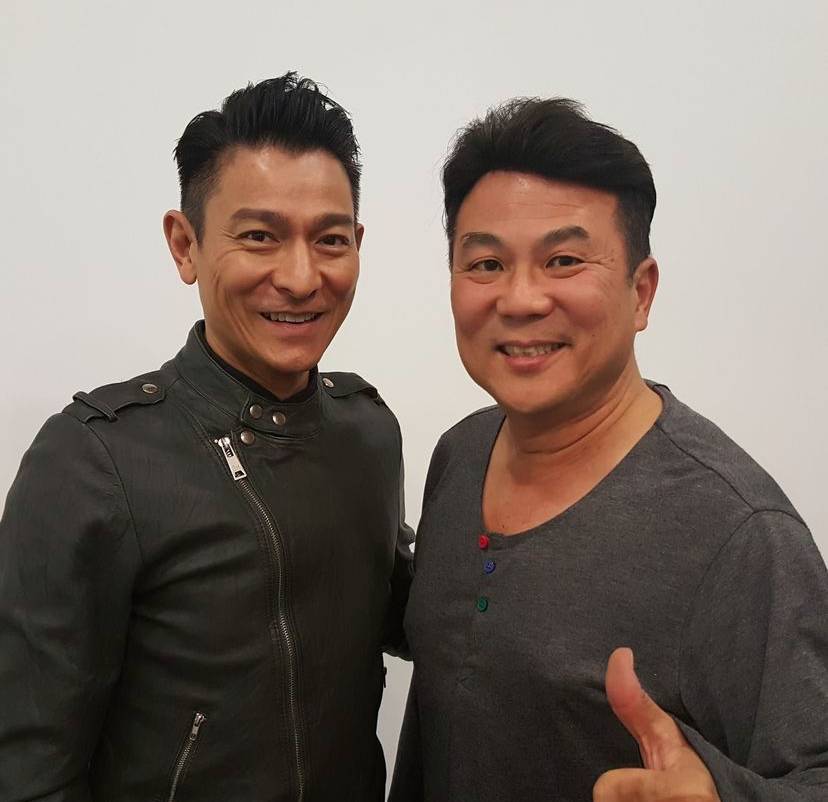 Speaking of meetings with international stars...

Jack Neo posted this picture of him with Andy Lau, revealing that this throwback photo was from a meeting he once had with the Heavenly King, where they discussed a collaboration.

Uh... do you mean there could've been an Andy Lau cameo in of the Ah Boys films?! 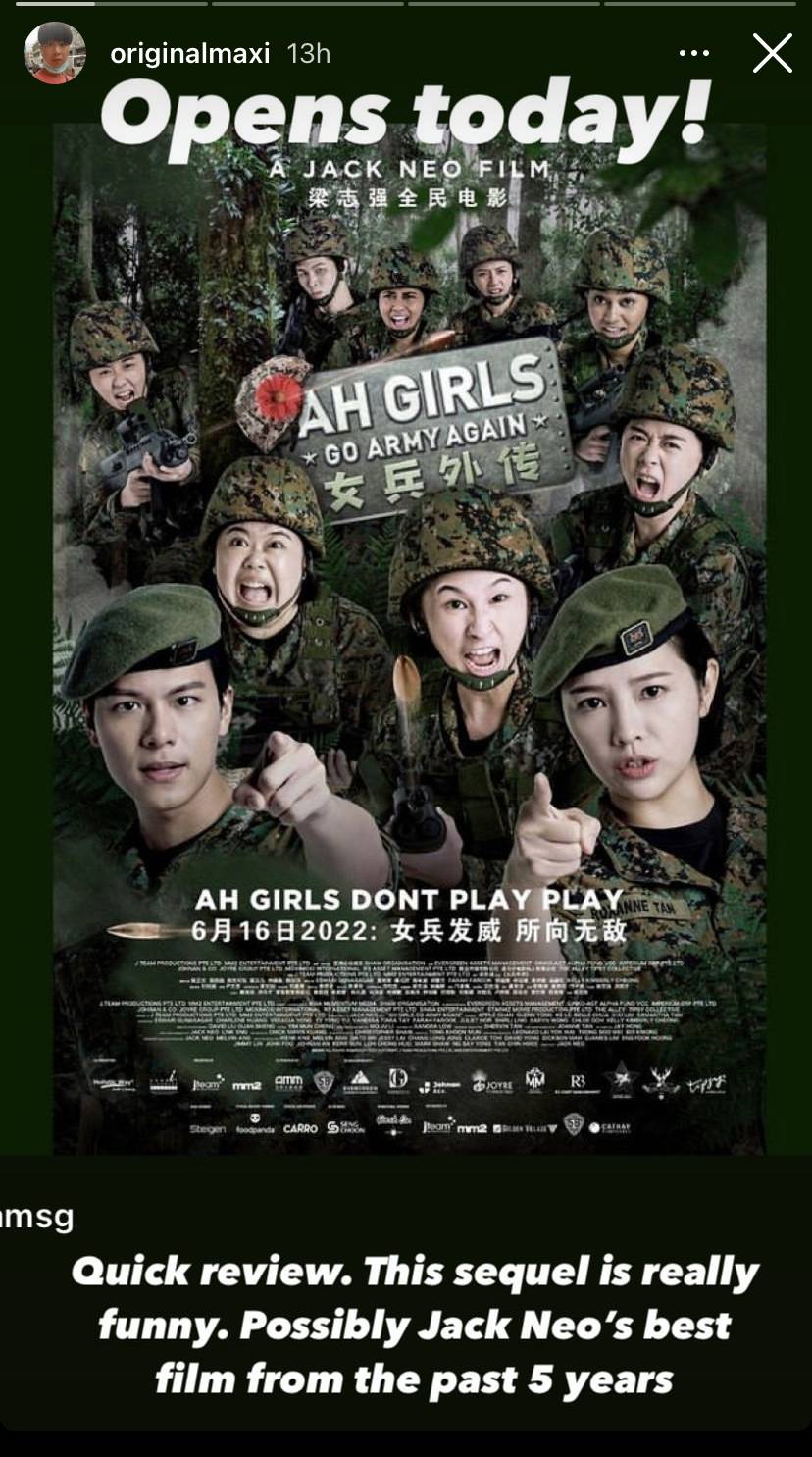 In an IG Story, Maxi, who has a cameo appearance in Ah Girls Go Army Again, shared that the movie is "possibly Jack Neo's best movie from the past 5 years". What say you? 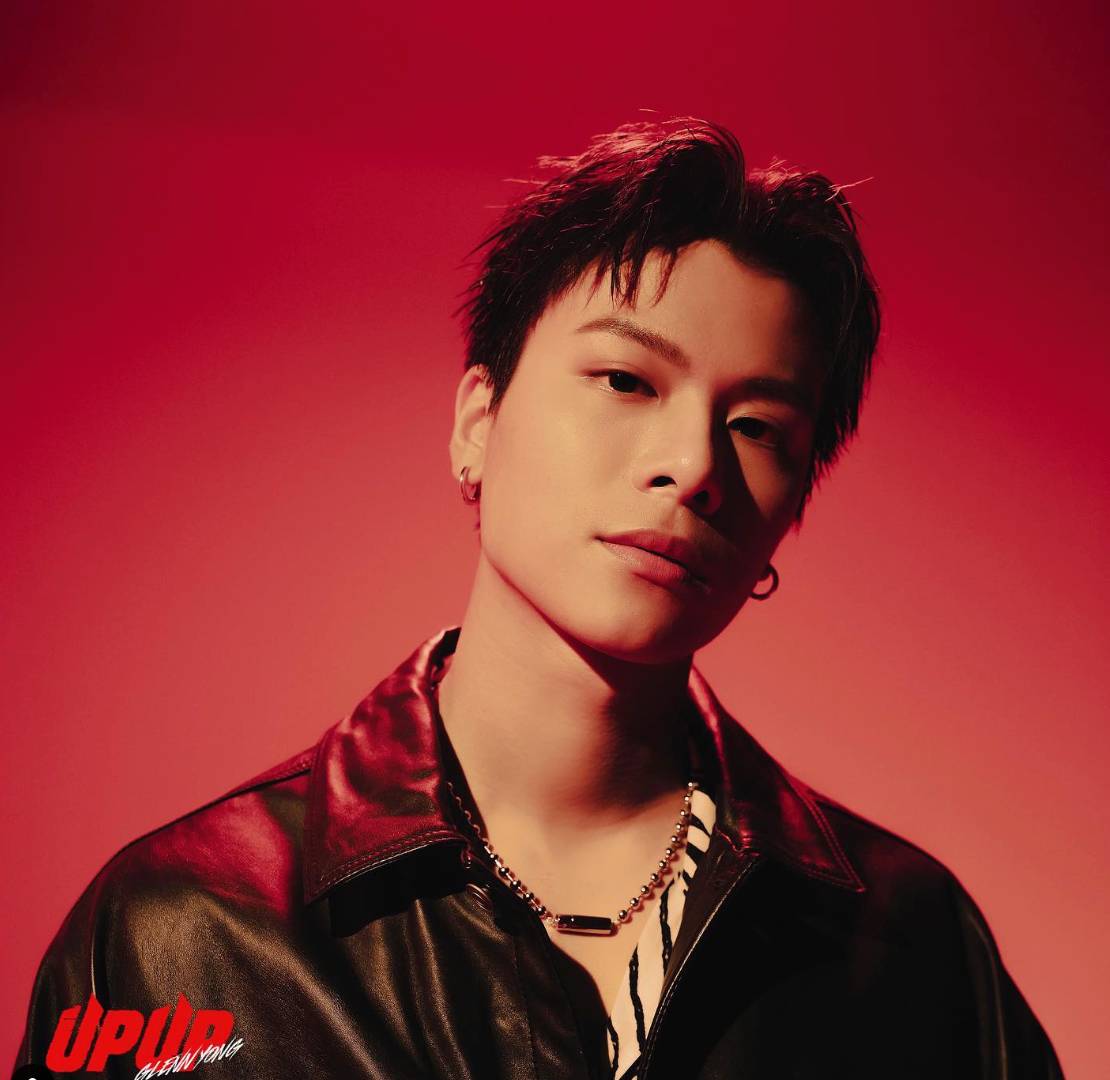 Titled 'Up Up', the actor and Ah Girls Go Army Again star says the song was written as a way for him to express what's on his heart, as well as the things he's been through over the past 4 years in the entertainment industry.

Watch the music video below.