Always so full of drama.

Elaine Ng, 49, is no stranger to having her dirty laundry aired in public.

After feuding openly with her daughter, Etta Ng, 22, who was born out of wedlock after her affair with Jackie Chan, 68, the former beauty queen suddenly decided to lash out at the action legend on social media on Sunday night (May 22).

Elaine took to her Weibo to express her unhappiness at Jackie for “constantly using her and her daughter for publicity”.

Instead of calling Jackie out directly, she hinted at “a certain someone” who constantly talks about his child was taking money from him, then changing his tune sometime later by saying that he did not hand out money at all.

“It is well understood by everyone after you’ve mentioned it once or twice. [You] don’t have to mention it for over twenty years. It really scars the child, can you stop!” Elaine wrote.

Quick backstory:  23 years ago, Jackie, who is married to Taiwanese screen goddess Lin Fengjiao, had promised to take responsibility for his indiscretions, but he has never publicly acknowledged Etta as his daughter, neither has he supported her financially. 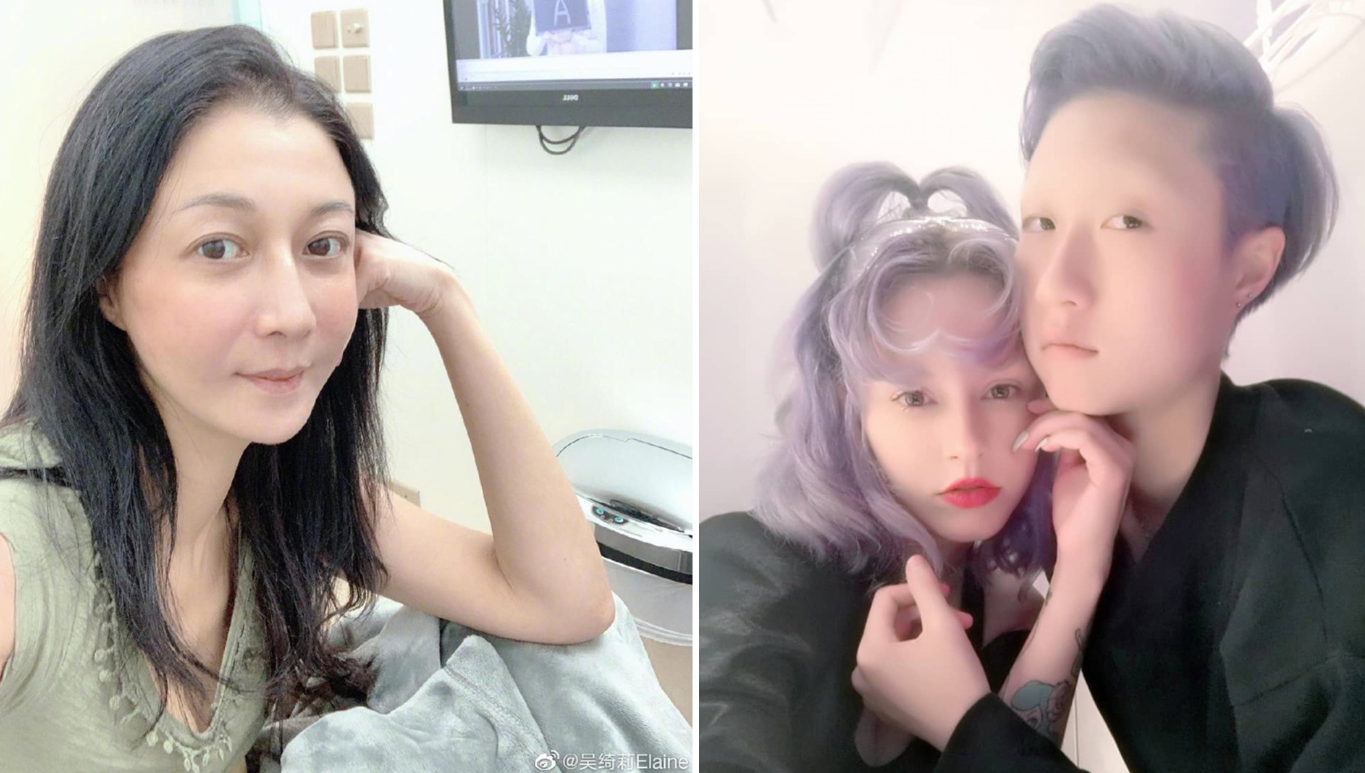 Elaine reportedly does not like Etta's wife, Andi Autumn

Elaine continued her post with an apology, writing: “[Our] child has already been hurt enough. I made the mistake 20 years ago, but this is my baseline, please stop hurting the innocent child."

In a reply to a comment from a netizen, Elaine wrote: “I hope that when a certain superstar has any future promotional events, [he would] no longer try to degrade me and my child to promote himself. It really harms [my] child.”

A few netizens suspect that Elaine may have been drunk when she wrote the post.

There were also netizens who agree that the situation has indeed done plenty of damage to Etta and they went on to advise Elaine to just keep silent and not make things worse.

Elaine's response to that suggestion? “My silence has brought too much pain to my child” and “I’ve already reached my baseline,” indicating that she has had enough and no longer plans to hold her feelings in. 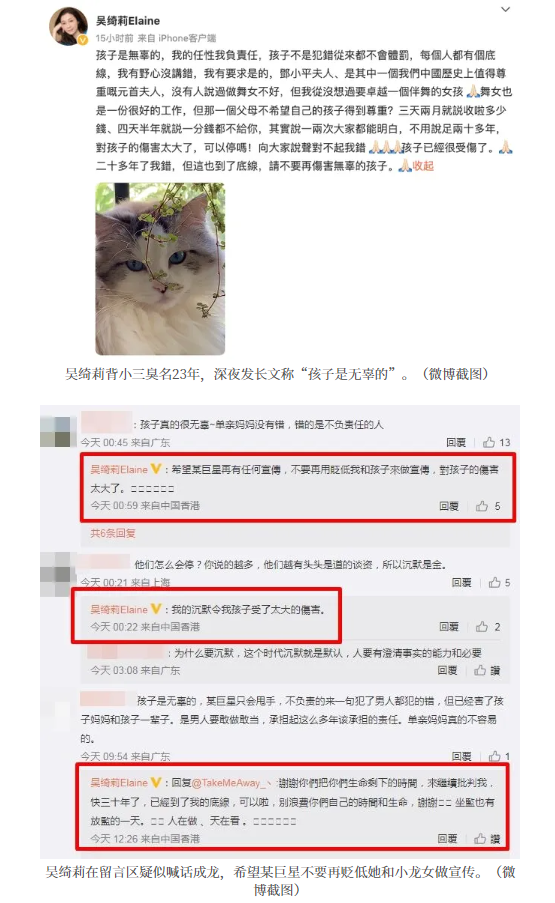