The original main actors of Jurassic Park — Jeff Goldblum, Laura Dern and Sam Neill — are back together in Jurassic World Dominion.

No one should ever pass up the opportunity to speak to Jeff Goldblum, even if it’s just for four minutes.

There’s something about Goldblum’s speech pattern — the cadence, stammer, and stutter — that makes it mesmerising and enigmatic. It's quite an experience, actually.

Just ask Chris Pratt, his ‘co-star’ in 2018’s Jurassic World: Fallen Kingdom. Even though Pratt and Bryce Dallas Howard never shared a single scene with Goldblum in the movie, they did get to bond on the road while promoting it.

“Whether it’s a man, woman or beast, when you’re around Jeff Goldblum, you’re seduced and drawn in [by his sonorous and whimsical voice],” he told 8 DAYS back in 2018 (before we went extinct as a printed publication) during the Shanghai leg of the press tour.

“I think he could easily start a massive cult. He’s so thoughtful, so kind; he soothes you with his gestures and his voice. I would love to have a Jeff Goldblum app on my phone. If I get stressed, I guess I could just call him.”

And now in Jurassic World Dominion, now in cinemas, Pratt and Howard — back as animal behaviourist Owen Grady and theme park operations manager-turned-animal activist Claire Dearing — get to spend more time worshipping the Cult of Goldblum.

Goldblum, 69, reprises his role as Ian Malcolm, the chaos-theoretician with the charismatic rock star aura and cool spectacles in the sixth and final (really?) chapter of the dinosaurs-on-the-loose franchise that began with Steven Spielberg’s Jurassic Park in 1993.

Dominion also stars Jurassic Park alums Laura Dern and Sam Neill, back as paleobotanist Ellie Sattler and paleontologist Alan Grant, respectively. While the actors had tackled dino crises in the sequels — Goldblum in 1997’s The Lost World: Jurassic World; Dern and Neill in 2001’s Jurassic World III — this is the first time the trio is doing it together in almost 30 years. 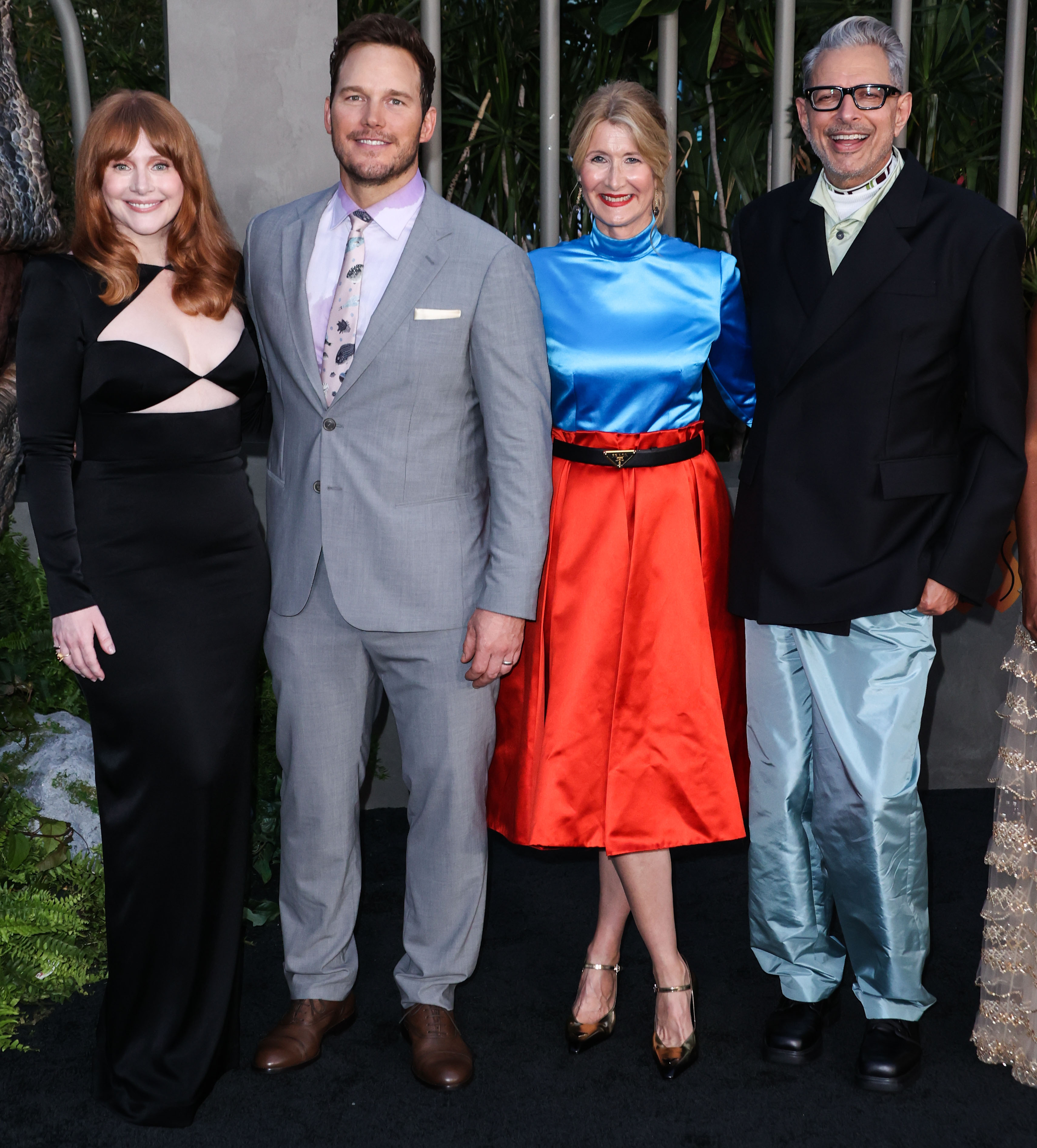 In “the epic conclusion of the Jurassic era” — so the tagline hypes — the characters from both original and reboot trilogies join forces to avert a global ecological catastrophe (caused by yet another Big Tech Company) that’s linked to the animated prehistoric beasts’ DNA.

You know the drill: Oh, yeah. Oooh, ahhh, that’s how it always starts. Then later there's running and um, screaming.

At the Jurassic World Dominion virtual press conference, when asked where Ian Malcolm stands in his near-five decade career, Goldblum says, “Creatively, it was a landmark moment. I had done several movies and plays but I am a humble student of acting, my teacher, Sandy Meisner said it takes at least 20 years of continuous work before you call yourself an actor, so you can keep improving by applying yourself in the right way.

“[And] working with Steven Spielberg who, as we know, we’re lucky to be on the planet and working in the same time as him — his movies, his work methods — just spectacular; he’s a giant of the cinema and doing that taught me a lot. It was very nourishing and life-changing.  And to work with the cast [Laura Dern and Sam Neill] was amazing.”

Speaking to 8days.sg in separately, Goldblum shares with us the joys of reuniting with Dern and Neill and how many of the lines in Jurassic World Dominion he improvised (apparently, he kept a notebook of potential Ian Malcolm quips during the shoot). Watch the interview here:

Jurassic World Dominion (PG13) is now in cinemas. If you can't get enough of Jeff Goldblum, catch the docu-series The World According to Jeff Goldblum on Disney+.