Time and a huge 22-year age gap ain't got nothing on this two.

Hongkong actor Kevin Cheng, 52, and his wife, Grace Chan, 30, are one of those incredibly sweet couples who never hold back when it comes to talking about their oh-so-perfect relationship on social media.

On Wednesday (May 11), the impossibly good-looking couple marked their seventh wedding anniversary, and as expected, took to their social media to profess their love for each other. 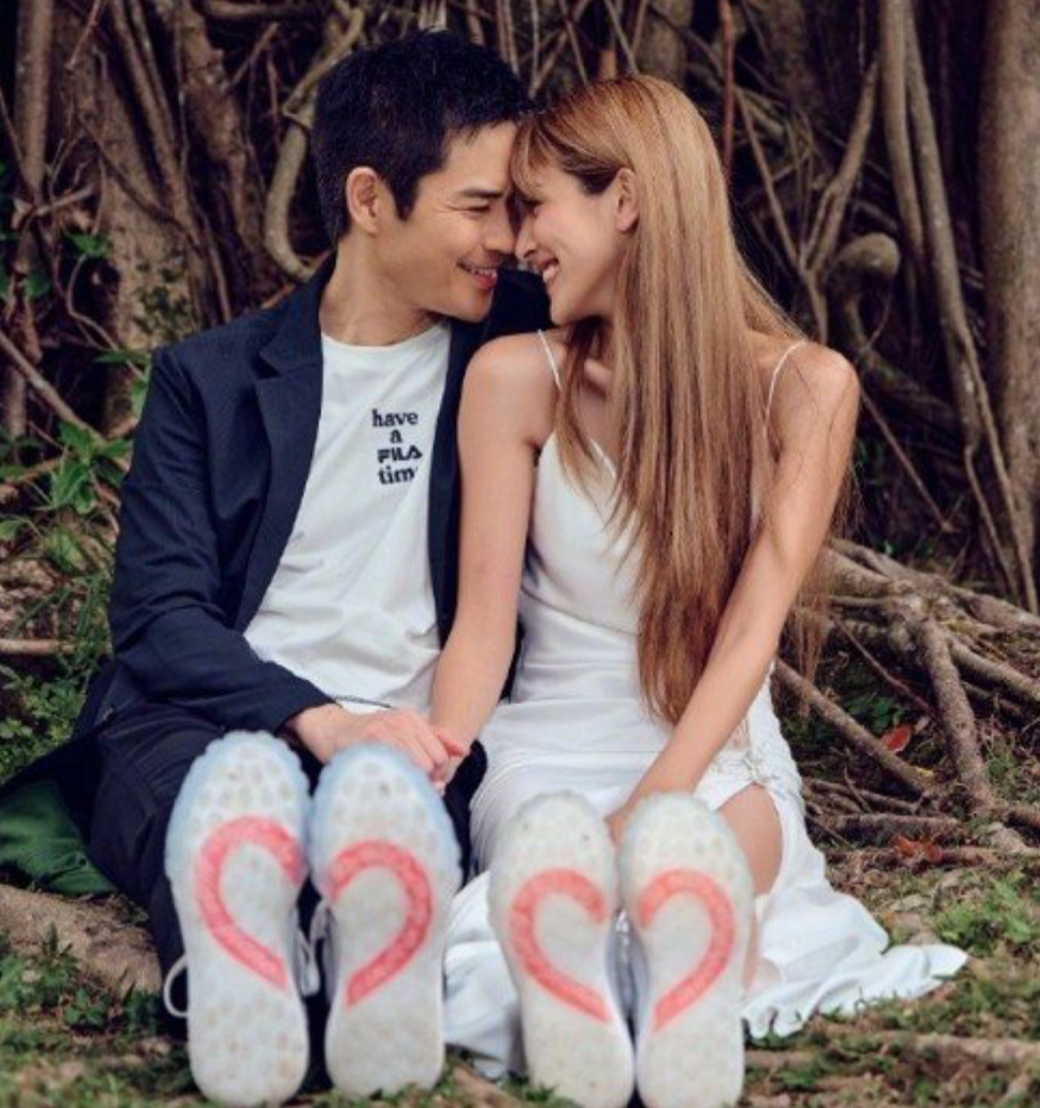 The couple wore matching sneakers that have soles, which formed hearts. Aww...

Kevin wrote on his Weibo: "[This is] the seventh year we've walked together hand-in-hand. We're already the father and mother of two children. In seven years, we've experienced the happiness and pain in life and we're still here for each other."

"There is no seven-year itch, I just want to hold your hand for the rest of my life," he promised.

For those who don't know, the "seven-year itch" is a popular belief that happiness in a marriage can't last more than seven years, which evidently is not the case for Kevin and Grace.

Grace also shared the same video on her Instagram, where she confessed, "I’ll always love you… Marriage is like a marathon, you run, you fall, you readjust yourself, then you keep on racing again. It’s long, it takes time, but if you do everything out of love, it will always be worth the effort. #7yearstogether". So how did their love story begin?

Kevin and Grace got acquainted when the actress was shooting TVB drama Overachievers in 2014 and Kevin often visited the set as he was working on another drama, Eye In The Sky, nearby.

The following year, couple were starred opposite each other in Blue Veins and started dating shortly after.

After some initial obstacles, such as Grace’s mum’s disapproving of their 22-year age gap, Kevin and Grace tied the knot in 2018 in Bali and they now have two sons, Rafael, three, and Yannick, one.