Local Actor Roni, Who Played Ali In Don't Worry Be Happy, Has Passed Away

News of his passing was shared by Mediacorp news anchor Evelyn Lam on Facebook.

Mediacorp sitcom Don't Worry Be Happy introduced us to a number of iconic characters, like petrol kiosk staff Ali, played by Khaironi Salleh, who was also affectionately known as Roni.

News of Roni's passing broke two days ago (June 19), when Ch 8 news anchor Evelyn Lam shared a post on Facebook in memory of her colleague. 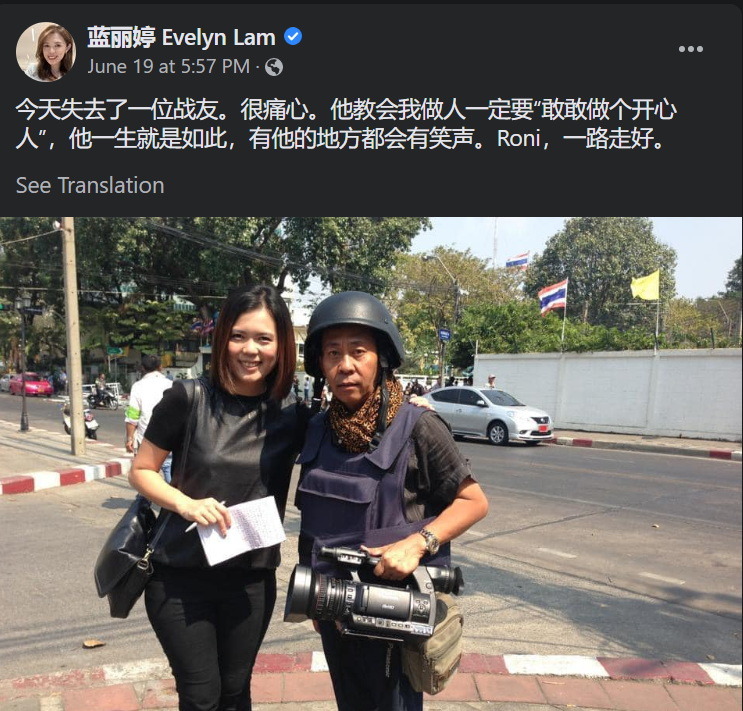 "I've lost a comrade today. It is heartbreaking. He taught me that to live life, I have to 'Don't worry be happy'. He's always been like that. Wherever he goes, there's always laughter. Roni, farewell and rest in peace," wrote Evelyn.

Prior to his passing, Roni was working as a senior cameraman in Mediacorp and had been with the company for 37 years.

He had worked across different editorial teams, and had spent more than a decade at the CNA Bureau in Indonesia.

Roni was popular with those he had worked with and many colleagues also took to their social media pages and Evelyn's comments section to remember him.

Just two months ago on April 14, it was revealed that the show's 'Lao Hero' aka Hongkong actor Mak Ho Wai had passed away in Singapore at 76.

Don’t Worry Be Happy is available on meWATCH here. You can also watch the first episode below.