Mark Lee Was 9 When He Celebrated His Birthday For The 1st Time; His Mum Had To Scrimp And Save To Buy Him A Cake

The 53-year-old comedian opened up about his relationship with his mum and his very humble beginnings in a recent video.

Mark Lee may be a showbiz hotshot now, with his own media company and a flourishing critically-acclaimed career, but the 53-year-old has never been shy about his humble beginnings.

In a recent video where he shared more about his relationship with his mum, Mark revealed that the first time he celebrated his birthday was when he was nine.

“When I was younger, my family was very poor. The first time I celebrated my birthday was in Primary Three. My mum suddenly took three Doraemon comic books and a cake, and came in [to the room],” he recounted.

Mark (in middle) with his mum and two siblings

Mark, who has an older brother and an older sister, added that he was so young at that time he didn’t know how hard his mother had worked in order to buy those presents for him.

“She leaves for work early in the morning, and only comes home late at night,” he said, adding: “I always thought that since she was busy every day, we had no issues when it came to our finances. I only learnt later that she had worked very hard to save that money in order to buy me a cake and those comic books.” 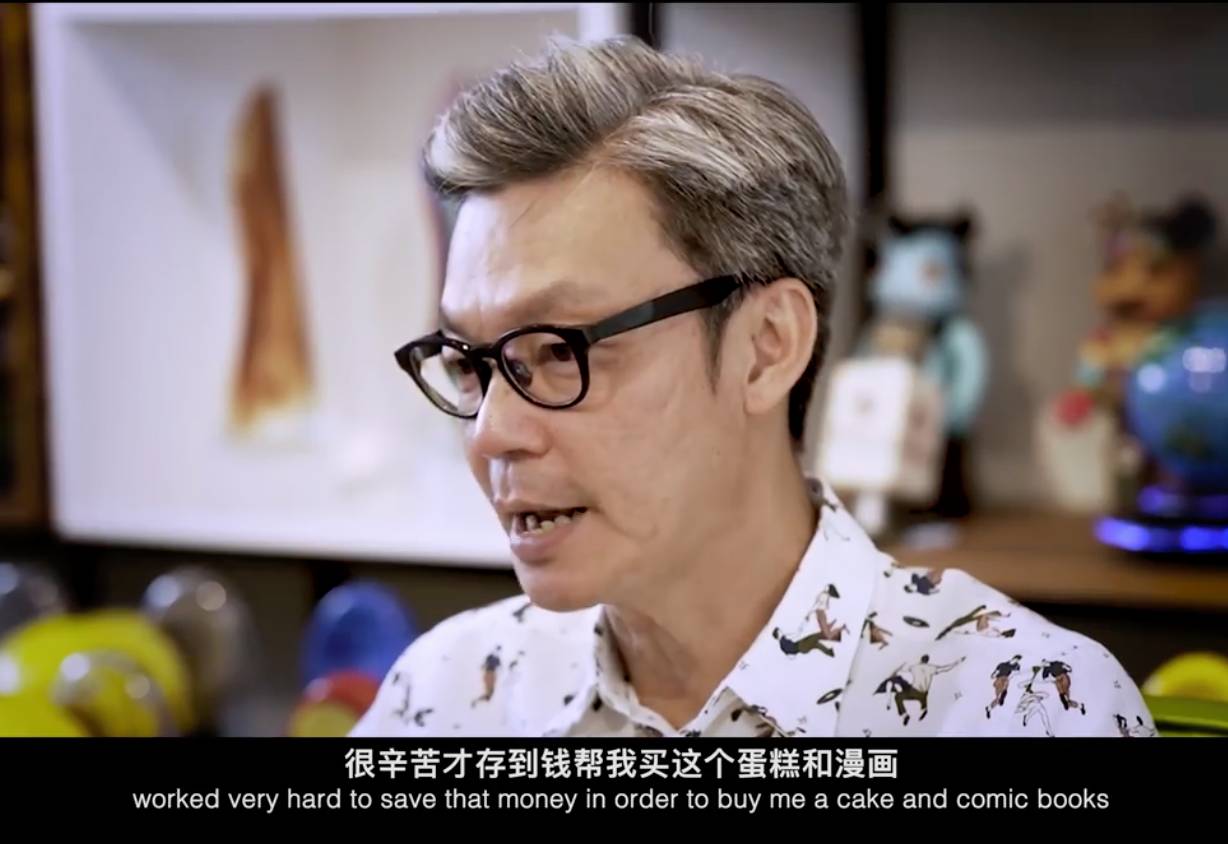 He went on to muse that these days, people scrimp and save for months in order to pay for flashier goods, like a designer bag.

But for his mum, she worked hard for so long, just to get him those gifts.

It's clear that Mama Lee really treasures her kids

And that’s not the only time Mark’s mum showed how much she cares for him through her actions.

Many years later, when Mark was a showbiz newbie, his mum would secretly slip “$10 or $20 dollars” into his wallet, as she knew he didn’t earn a lot then.

“Even though I knew that it was very embarrassing and unfilial of me to take her money, I still took it 'cos I had no money. She provided me with a lot of financial support then, all while scrimping and saving when the time came to spend on herself,” he said.

Watch the full video below to find out why Mark’s mum has never worn the jade pendant he bought for her “many years ago”:

Posted by King Kong Media Production 金刚媒体 on Tuesday, May 3, 2022