Mediacorp Actress Kiki Lim, 20, Was In A Viral TikTok That Now Has Over 26 Mil Views, So Why Isn't She Getting Any Attention?

The Star Search alum, who started acting when she was 11, doesn't think she was overshadowed by her TikTok partner Herman Keh.

Mediacorp actress and Star Search 2019 finalist Kiki Lim is only 20 this year but she's been acting for a really long time.

She got her start in showbiz with a starring role in kids drama Little Detective when she was only 11. She then appeared in Okto drama Wizard of Honey Street as well as a handful of commercials.

Her more recent works include Mediacorp dramas Live Your Dreams (2021) and Home Again (2022).

Speaking to 8days.sg over the phone during a break on the set of upcoming drama Dark Angel, in which she plays Ah Jie Zoe Tay’s daughter, Kiki’s tells us how she got into acting.

“It started when my mum realised that I was good at singing when I was three. She took me around Singapore to take part in dancing, singing and storytelling competitions and I grew a passion for this industry,” says Kiki animatedly.

She's been on set for the most part of the day yet her energy level remains unbridled. If that's a not a sign of her youth, we don't know what is.

Kiki reveals that her mum, who is a housewife, played a big part in cultivating her interest in acting and showbiz. Her dad, who is a bus driver, and older brother, with whom she is close despite an eight-year age gap, have been very supportive of her career.

It brings us to her side hustle as a TikToker.

By now, you would have seen, or at least read about the viral TikTok in which she and fellow Star Search finalist Herman Keh did the “Jiggle Jiggle” trend in their doctor and patient outfits while filming long-form drama Healing Heroes.

Although both Herman and Kiki posted the same TikTok on the same day, only Herman’s vid went viral. It has already amassed 26.5mil as of press time, while Kiki’s video has less than 118K views.

8 DAYS: You posted the exact same TikTok vid as Herman, but while his went viral, yours had a lot less views and likes in comparison. How do you feel about that?

KIKI LIM: Hmm… I don’t actually know how the TikTok algorithm works, but I think it’s got to do with the original video getting downloaded and reuploaded that kinda thing. But I mean, I’m okay with that it’s like sharing the fun.

Do you feel overshadowed by him?

No leh. I was more surprised, like ‘Wow! It went viral!’. I went to Herman [to tell him about it] ‘cos when I checked, it was at one million views. It’s crazy.  I’m more than grateful that so many people saw the video and I’m happy to be a part of it.

We’re sure you’ve seen some not-so-supportive comments on the vid, saying it was not funny and insensitive.

I have to give a big thumbs up to the make-up unit 'cos they made the bald cap look very realistic (laughs).

To be honest I think that it was because [the vid] reached a lot of foreign countries like Korea and Vietnam, so the people watching didn’t actually know that we’re actors and that we were just in costume.

That’s also why we put a disclaimer, saying that we were just having fun and not actually patient and doctor as that’s where the misunderstanding comes from. Kiki is active on TikTok too!

How do you think one can be famous in this day and age?

I really think it’s like… (pauses) it really depends lah. If the audience like you then they like you, you know that kind of thing. I feel like in this age, there’s a lot of things that attract people, like social media. There’s Instagram and TikTok, so it’s to each individual’s preference lah.

Have you had anyone recognise you in public yet?

Oh yah! It happened once when I was at Nex, around December last year. I was shopping and wearing a rather thick jacket so I couldn’t tell if someone poked me. I initially ignored it ‘cos I thought it might’ve just been my clothing.

After a few seconds, [I could still feel it] so I turned and there was this little girl who was like (mimics a young girl’s voice) “Are you Kiki?” I was surprised that she could recognise me with my mask on and she asked me for a picture. It was so cute and that was when I realised I have young fans also (laughs).

Back to the topic of social media. You sometimes post song covers on IG and TikTok, is singing something you want to do in the future as well?

That’s actually something I’ve always wanted to try. I love singing but the thing is when I face crowds I tend to get a little nervous. If you ask me to dance, ask me to act, I’m okay with that. For other people, if you ask them to sing they’re okay with it, but if you ask them to act they will get nervous, but for me it’s the opposite.

Is that why you’re more comfortable recording the vids at home and then posting it online?

Yah, I think it’s because it’s an environment that I’m familiar with. But I would love to venture out on that path in the future, hopefully! 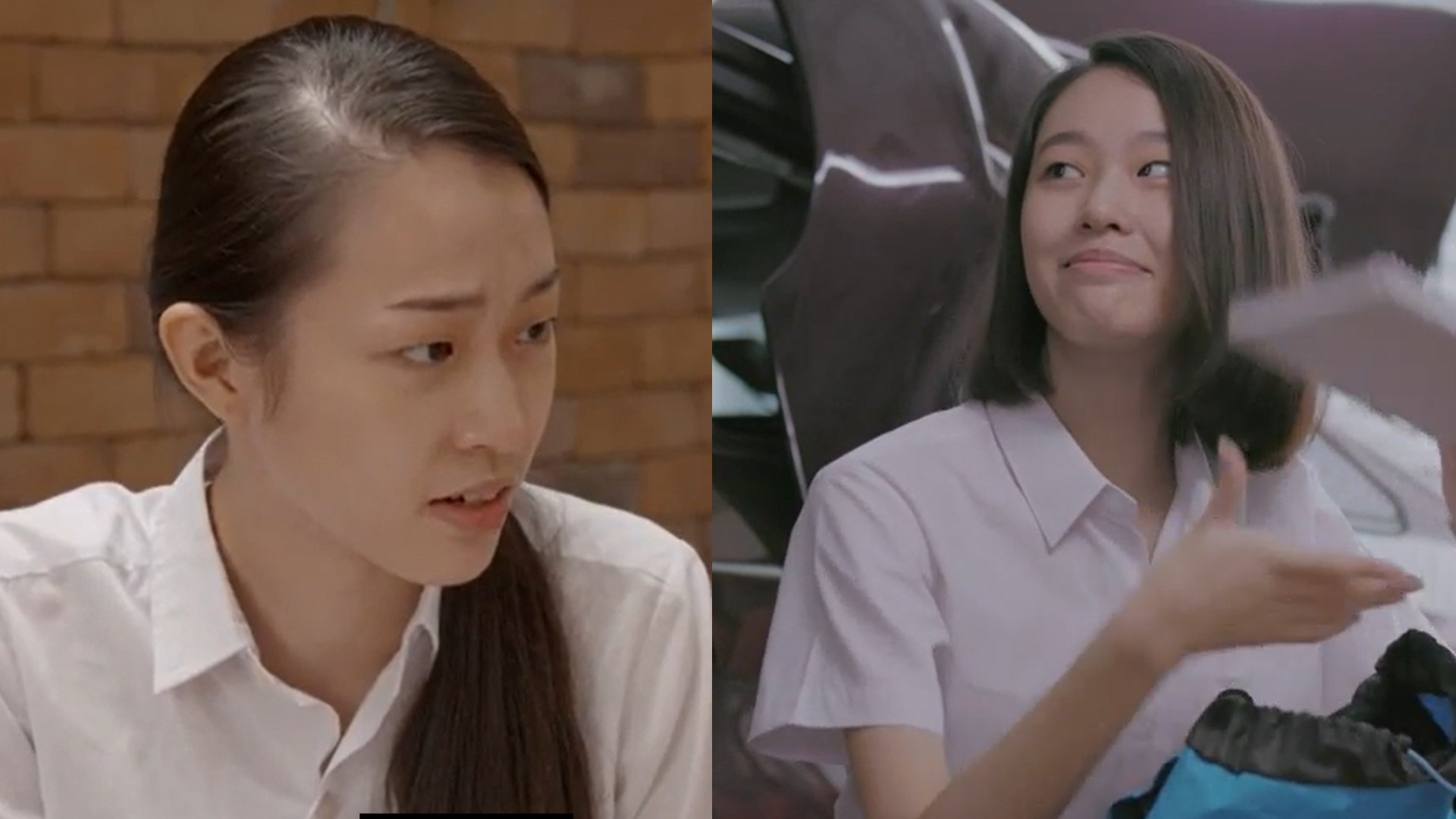 You appeared in Tanglin and Lion Mums 3 when you were a lot younger. Was there a defining moment for you when you decided that acting is what you want to do?

I actually stopped acting for four to five years ‘cos I wanted to focus on my studies. The first drama I filmed after my long break was Tanglin. That was around the period when I felt like "Oh, I want to do this, I want to make it my career’ that kind of thing.

Did you study something related to acting?

Actually no, I graduated from ITE and what I did was not related to acting at all. It was a business course.

Having entered showbiz at such a young age, do you think it takes away from other experiences you might have had as a teen?

So after I graduated from ITE, I wanted to go to poly. There have been times when I would think that I’m missing out on all the fun and all those experiences. My friends are in poly right now and they always tell me about how fun the camps are and all that, so it’s like maybe I’m missing out on that. But at the same time I’m grateful that I’m doing something that I really love.

Do you plan to continue your studies in the future?

I would. I actually plan to take a private [diploma]. I would like to focus on my career first. But I would specialise in something performance-related or mass communication, which is also related to the media industry.

What’s the one role you really want to play in the future?

I want to play someone who is either really good at fighting, or an innocent girl but — plot twist! — I’m actually the mastermind of evil stuff. But everyone has been telling me to put on weight 'cos I’m too skinny. I don’t think I’ll get to shoot a fight scene until I put on weight (laughs).

I’m eating more but my metabolism is high lah. It’s hard for me [to put on weight].

You can catch Kiki in Ch 8 dramas Home Again and Live Your Dreams on meWATCH or watch the episodes below.

You can also watch Kiki and Herman talking to host Juin Teh about their viral TikTok in the #JustSwipeLah clip below.