“Men Are Not Supposed To Hit Women”: Jackie Chan On Viral Video Of A Woman Brutally Attacked By A Group Of Men In A Restaurant In China

The woman was attacked by a man and his friends after she spurned his advances.

Surveillance footage from a restaurant in China showing a woman getting beaten up by a group of men has gone viral on Weibo, sparking discussions on violence and misogyny in the country.

On June 10, a woman in Tangshan, Hebei Province was brutally kicked, punched, and dragged by the hair after she rejected a man’s advances.

The man, who was with eight other guys, was seen harassing the woman at her table at the start of the vid. She tried to smack his hands away several times as he attempted to put his arm around her and touch her.

After being rejected by the woman, the conversation between the two got ugly and the man reached out and punched the woman in the face.

One of the two friends the woman was with then used her glass of beer to hit the guy but she too was attacked by said man and his group of friends.

A brawl ensued as the men relentlessly beat the girls up, even dragging the first woman out of the restaurant by the hair to step on and kick her while she was already down on the ground.

The clip of the fight has caused outrage in China, with much of the anger directed at how none of the other male patrons in the restaurant stood up to help the women.

Instead, it was only the ladies in the restaurant who tried to stop the men from attacking the woman. One of them even fell backwards, hitting her head on the restaurant’s steps after being swatted in the face by the main aggressor.

Netizens could only watch on in shock as the girl was beat up for at least another minute, and honestly, we’re shocked too. And disappointed.

Jackie Chan was not having any of it

Many netizens have since expressed their disgust at what transpired, including screen legend Jackie Chan, who took to Weibo page to share his thoughts.

He wrote: “Yesterday, I was shown the clip by one of my staff. I was so angry I couldn’t fall asleep the whole night. The most heartbreaking thing was that out of all the people present, only the ladies stood up to help each other while the men around them just stood there watching. How could something like that happen in our country?! I heard that the group of aggressors have been arrested and are awaiting their sentence! In the movies I’ve filmed, we’ve always emphasised saying ‘no’ to violence, men are not supposed to hit women and a group of people should never gang up against one person. I can never repeat this enough ‘cos unfair things like that still happen.”

Many netizens have since commented on Jackie’s post, thanking him for standing up for the women.

One of whom wrote: “The ladies present were all scared to death, but still stood up for those getting bullied.”

However, there were also some who disagreed with Jackie.

“You can’t blame the men for not going up to help, there were nine men there, why would one send themselves up for a beating?” said one such netizen, while another wrote: “The price to pay for playing the hero is too high! I would choose to report them”. 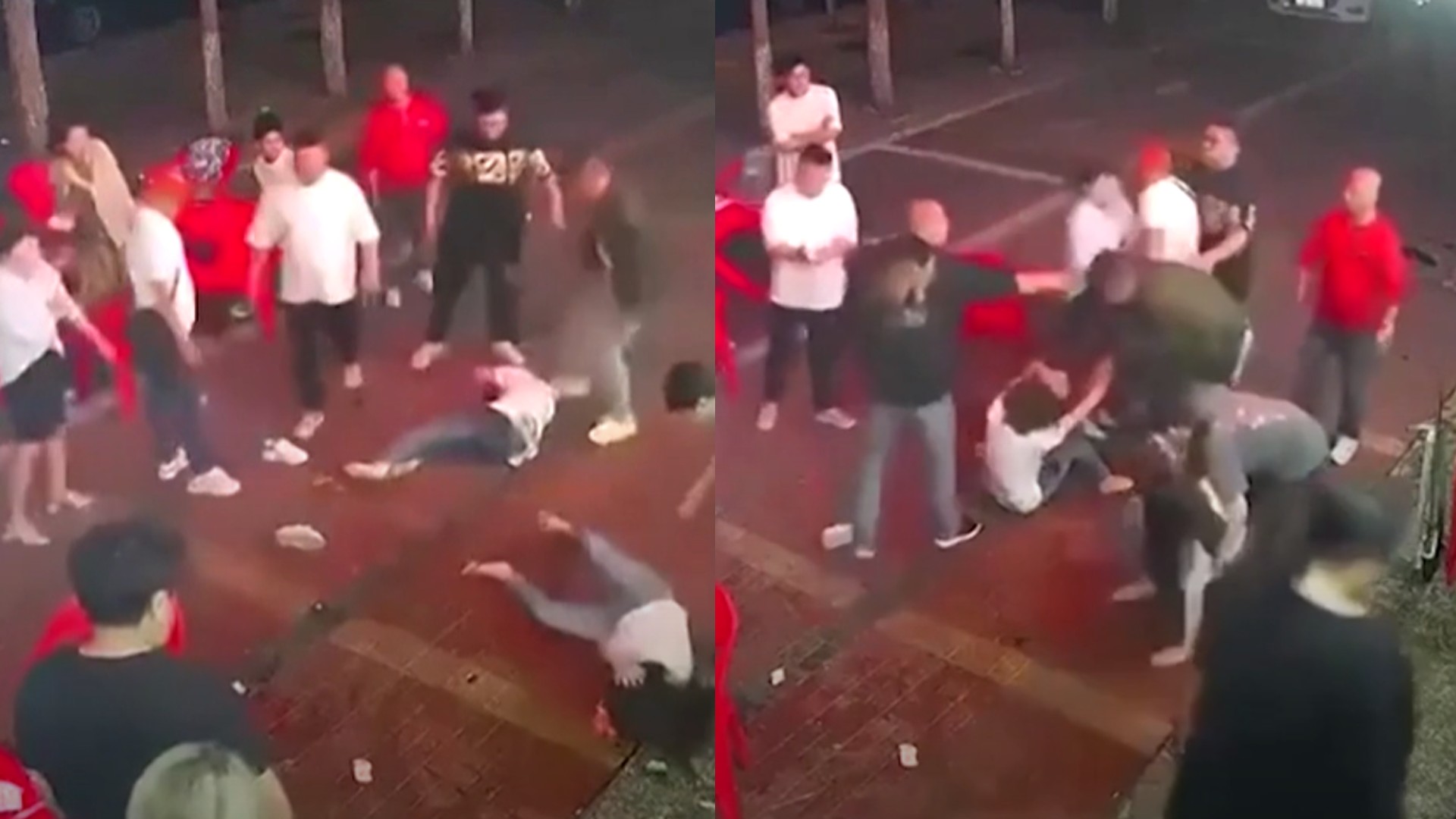 As of Saturday (June 11), all nine men were reported to have been arrested by the local authorities. According to the local Public Security Bureau, an investigation is ongoing and the men are awaiting their punishment.

The local police also issued a statement, saying that two women had sustained non-life-threatening injuries after the fight and were being treated in the hospital.

The assault was one of the most discussed topics on Weibo over the weekend and many called for severe punishment for the aggressors.

The incident had sparked a widespread discussion in China about misogyny in the country and violence against women.

You can watch the clip of the incident uploaded by a netizen here. Warning: The clip contains scenes of violence that some viewers may find disturbing. Viewer discretion is advised.