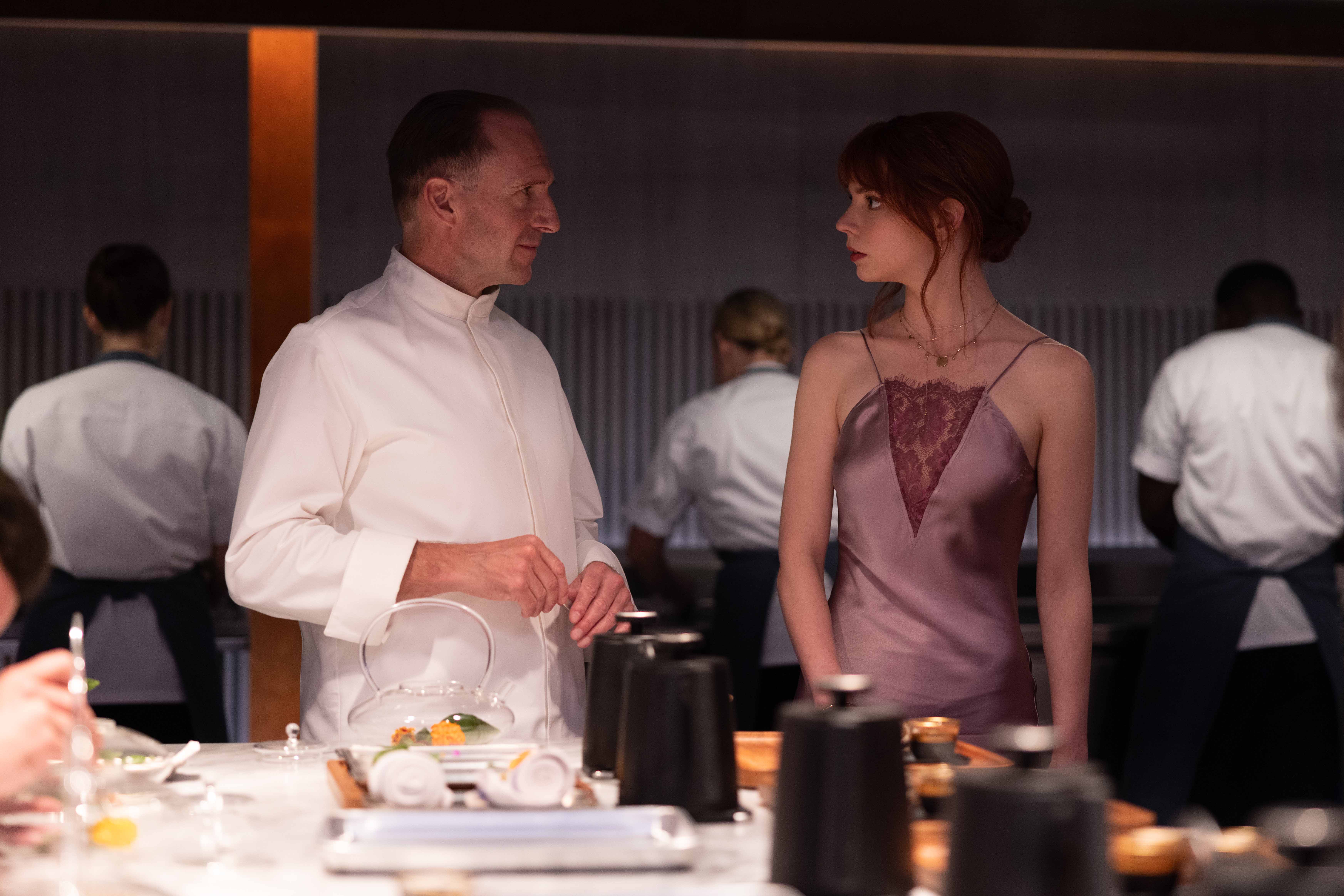 We’ve seen Ralph Fiennes run a resort in The Grand Budapest Hotel, now let’s see how he does in another service sector in this sumptuously sinister — or is it sinisterly sumptuous? — horror. In a performance that’s likened to a cross between a Special Ops commander and a cult leader, Fiennes is mesmerising as Julian Slowik, a revered chef who invites a dozen VIP diners to his posh island restaurant where they’re treated to a lavish six-course meal — with some shocking wicked surprises. Each exquisite backstory-laded dish — crafted by Dominique Creen and Juan Contreras of the Michelin-starred Atelier Creen and gorgeously lensed by David Lynch’s legendary DP Peter Deming —  is specially tailored for the a-hole guests, all except Anya-Taylor Joy’s not-that-fancy eater, who doesn’t belong in Slowik’s grand retributory scheme of things. Superficially, The Menu is Chef’s Table meets Saw (interestingly, Chef’s Table creator David Gelb is onboard as a consultant), but underneath it’s also a delicious takedown of elitism and capitalism, a discourse not unexpected from producer and Succession mastermind Adam McKay (director Mark Mylod and co-writer Will Tracy are veterans of that HBO series as well). By the way, as gruesome as some of the scenes are, it’s advisable not to watch this on an empty stomach. (3.5/5 stars)

Stream it movie reviews The Menu