The coveted 3-Michelin-starred list remains the same, with Odette, Les Amis and Zén holding their position.

The Michelin Guide Singapore unveiled the star winners for its 2022 edition today (Jul 12). The awards were given out at a gala dinner held at the Sands Expo & Convention Centre. The in-person ceremony resumed this year after being cancelled in 2020 due to Covid-19, and was held virtually last year.

Last week, the Guide also announced its list of Bib Gourmand winners, which includes eateries that "offer diners very good value for money, with a complete and high-quality menu priced at a maximum of S$45”. 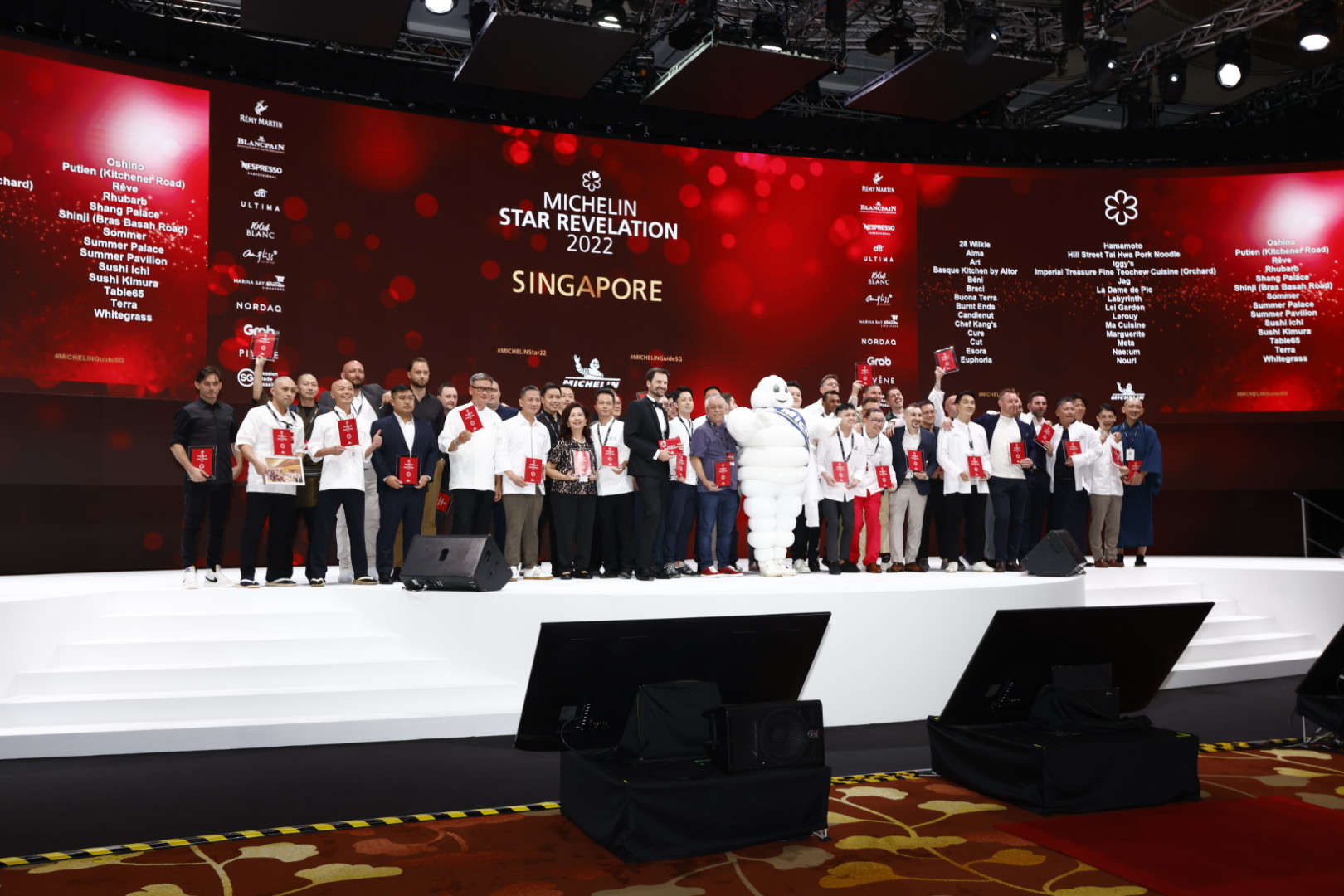 In the one-star category, there were a total of 42 winners with seven new entrants: Burnt Ends, Restaurant Euphoria, Hamamoto, La Dame de Pic, Marguerite and Reve.

One Michelin star is awarded to eateries with “High quality cooking [that are] worth a stop”. All Michelin-approved eateries are assessed by a team of anonymous Michelin inspectors. 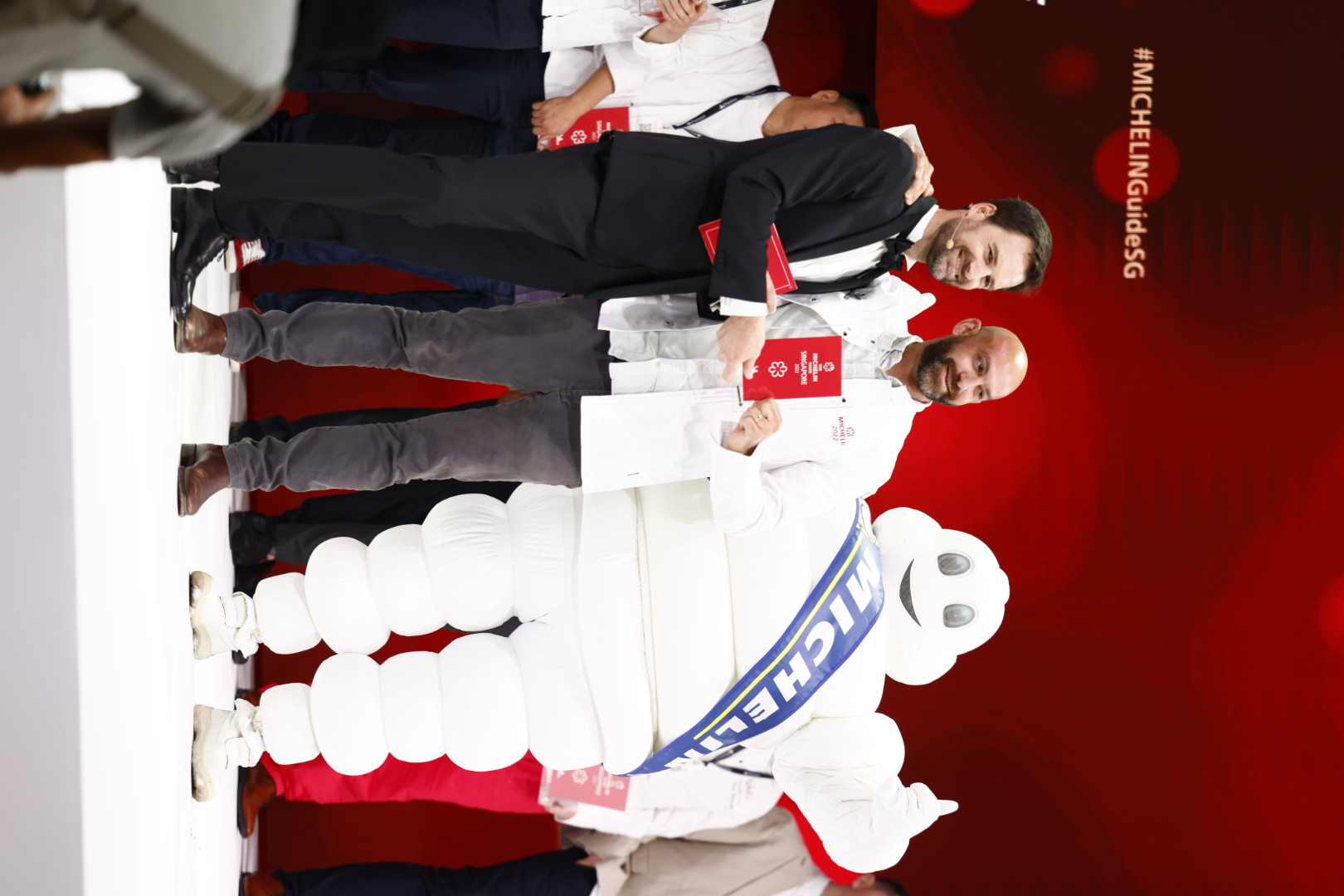 Dave Pynt (pictured above), the chef-owner of mod Aussie barbecue restaurant Burnt Ends, on keeping its star after moving from Keong Saik to bigger digs in Dempsey last Dec: “We’re feeling pretty good. [It wasn’t something we] expected, but there was definitely hope that we can retain [the star] after moving to a new place since we still had to get everything right. I’m definitely happy.” 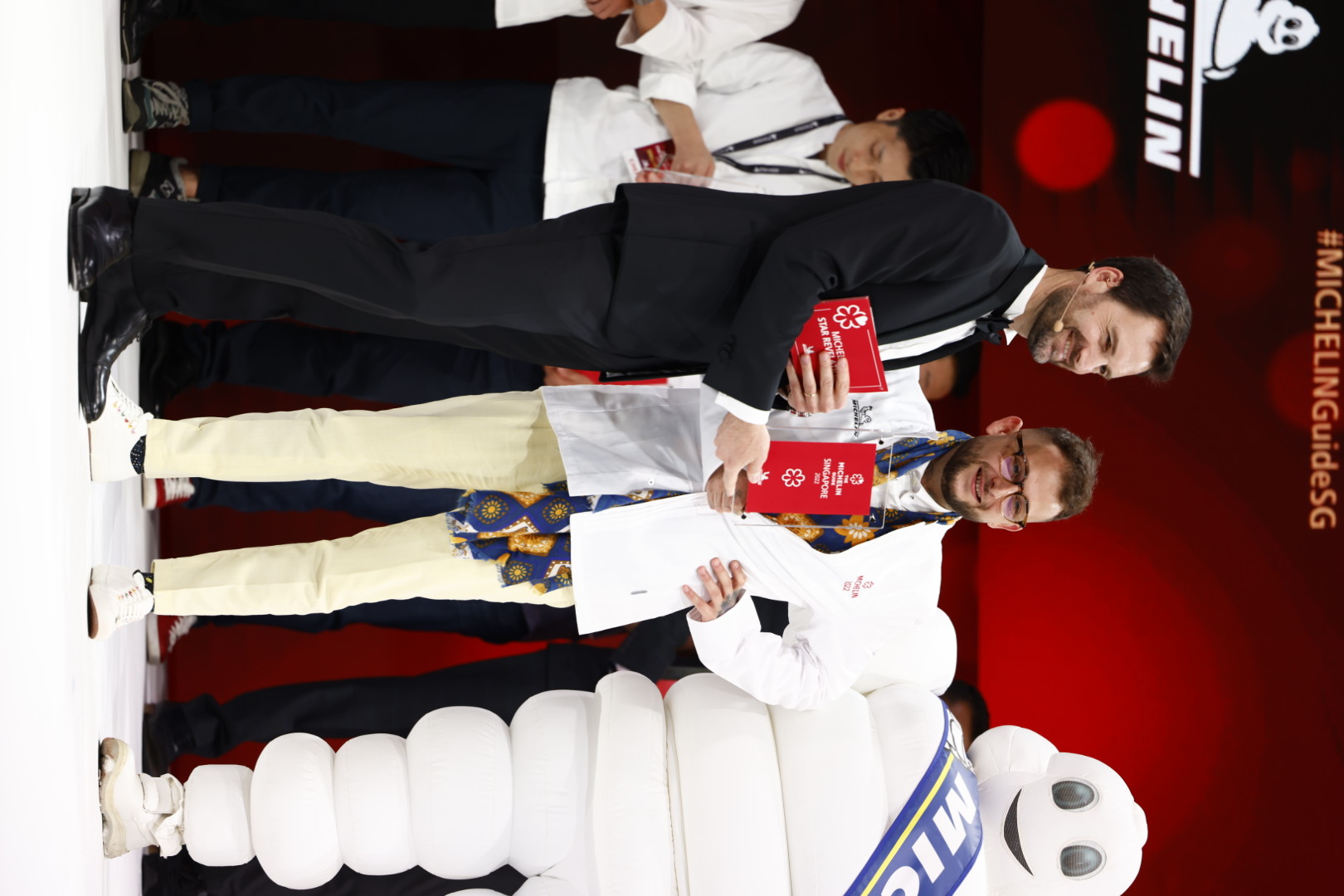 Fellow new entrant La Dame de Pic is the first Asian outpost of decorated French chef Anne-Sophie Pic’s growing restaurant empire. It’s helmed by her Italian-born protégé Francesco Di Marzio (above), who says of his win: “It’s amazing, and it’s something that we’ve wanted for a long time. It’s an important achievement and today is especially special as it’s Anne-Sophie’s birthday, so to give her a birthday present of a Michelin star – it’s kind of amazing.” 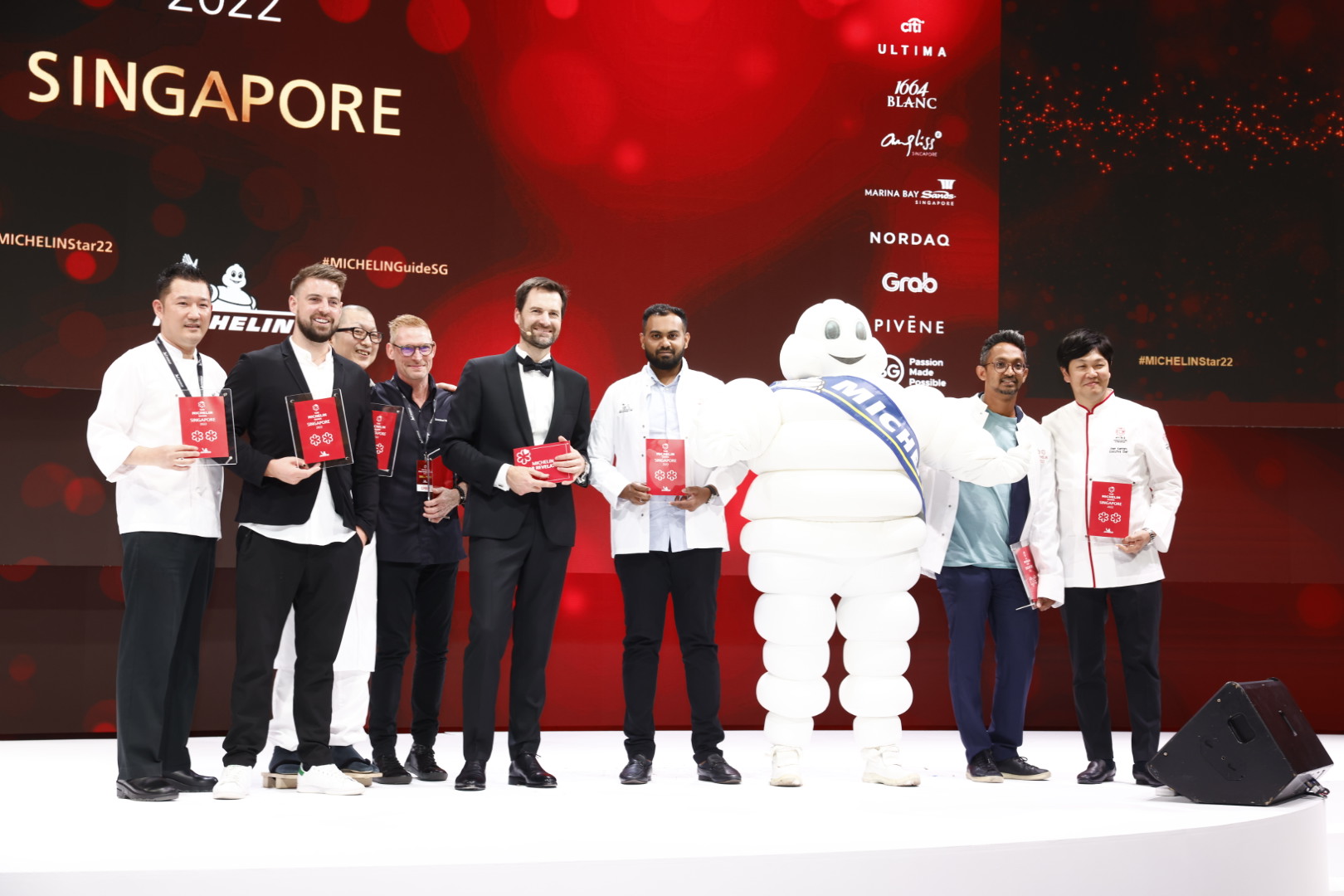 It’s the year for South Asian cuisine as both Cloudstreet, which draws from Sri Lankan-born chef-owner Rishi Naleendra’s (pictured above) heritage and time in Australia, and Thevar, Mano Thevar’s eponymous mod-Indian grill restaurant, gained an additional star this year, moving up from the one-star category to join the two-Michelin-starred winners. 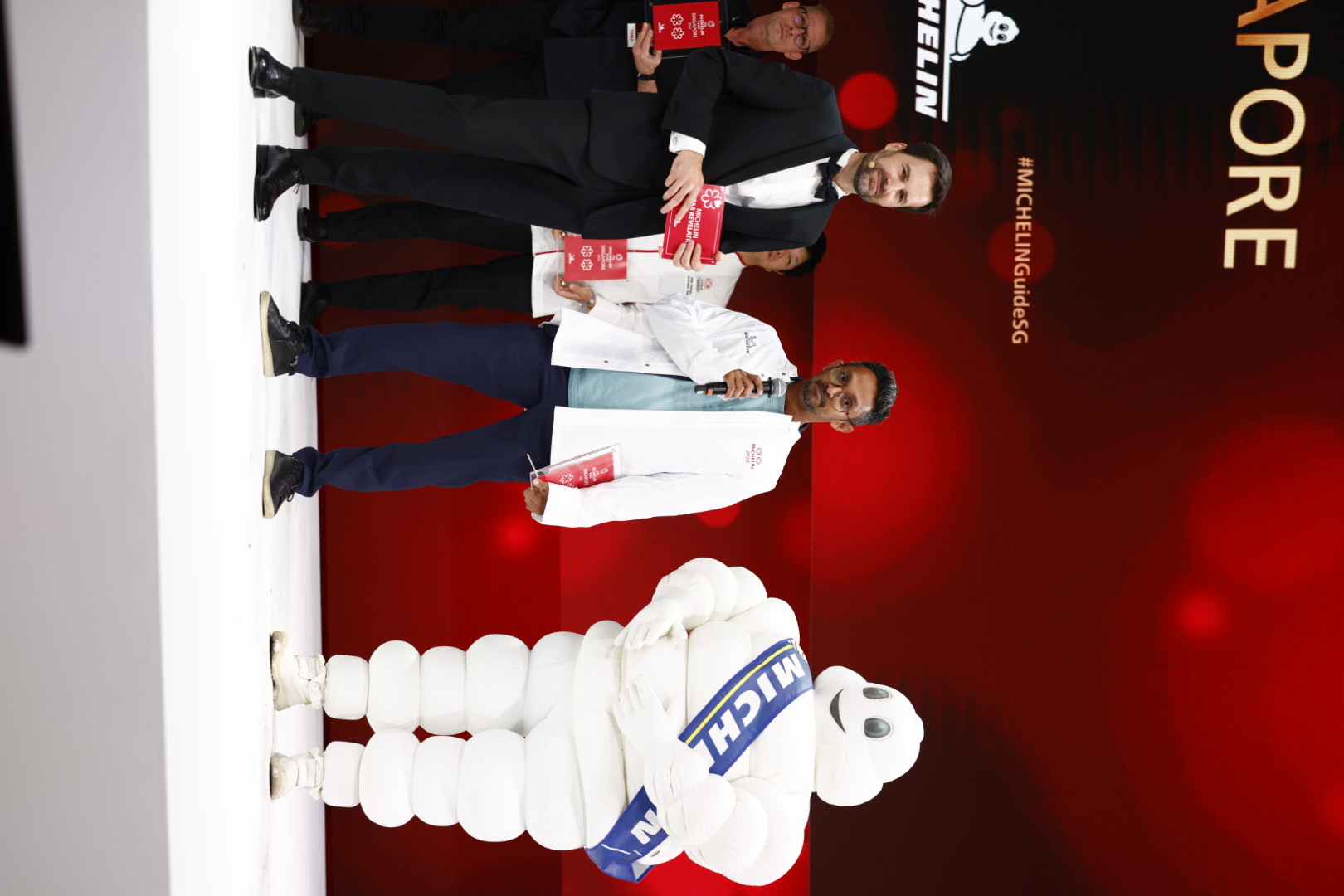 Chef Naleendra (above) tells us that the recognition for South Asian cuisine was “definitely a long time coming”. He avers: “It’s a cuisine that’s always been underappreciated and overlooked. To get this recognition for our culture and produce in this space, it’s a dream come true.” 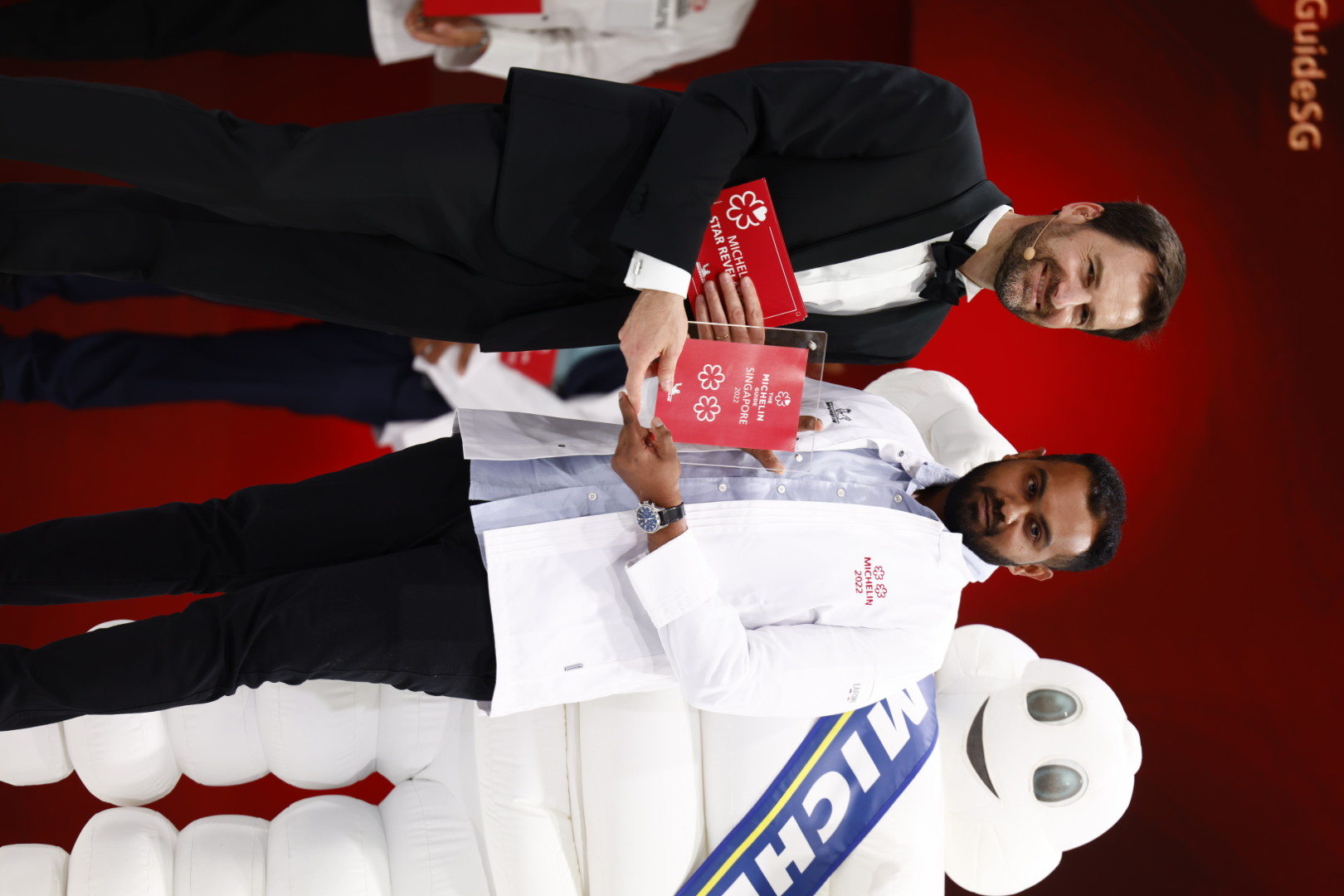 Penang-born Mano Thevar (above) concurs, saying: “Asian food has been on the rise, even before Covid-19. I’ve always tried to bring Malaysian-Indian flavours to the table as there’s so much [for the cuisine] to offer – let’s see where it goes from here.”

Two Michelin stars are awarded to eateries with “excellent cooking [that are] worth a detour)”.

The rest of the two-star winners, which retained their stars from the previous edition, are as follows: 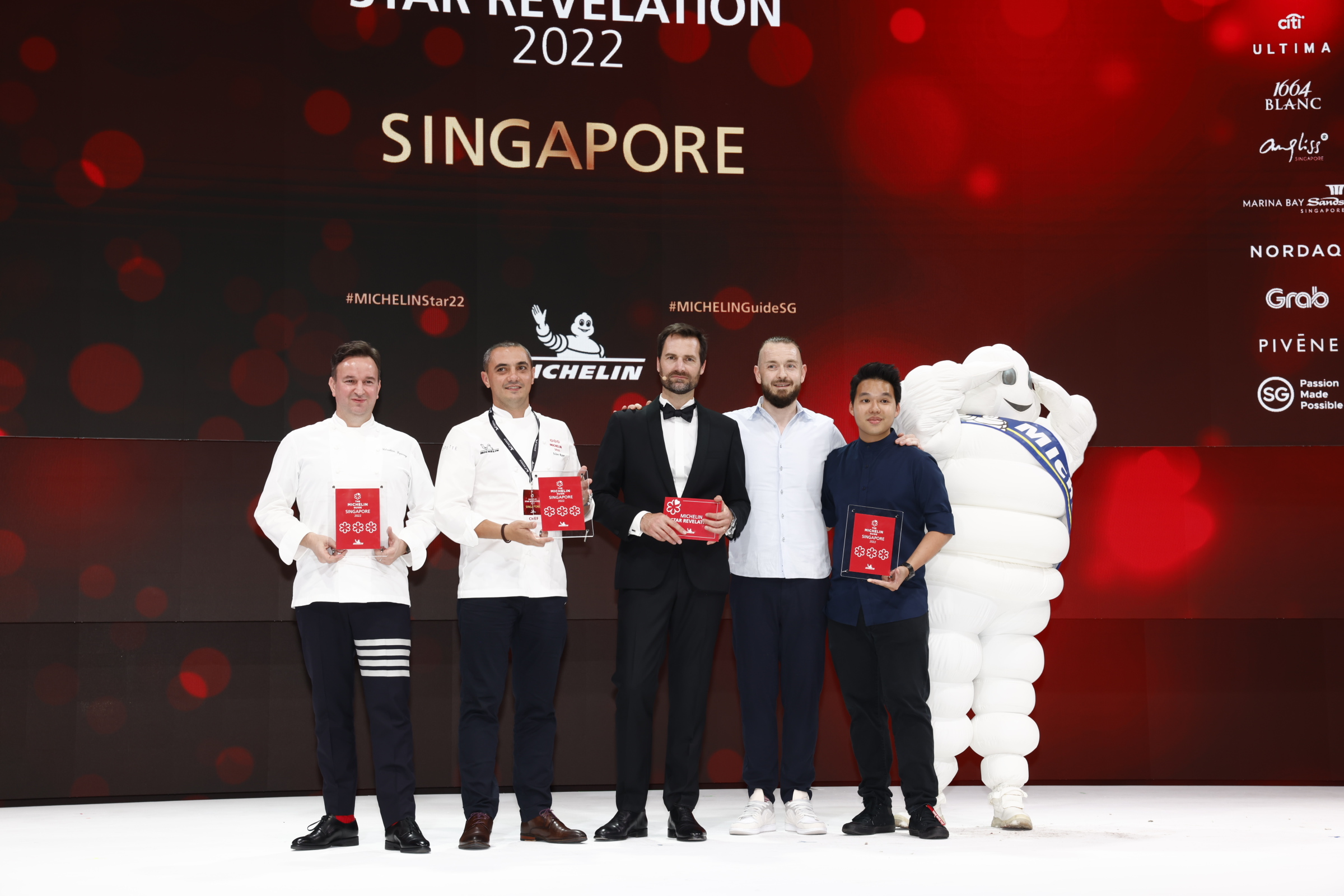 Three Michelin stars are awarded to restaurants that offer “exceptional cuisine worth a special journey”.