'American Born Chinese’, based on a graphic novel of the same name, is slated to start production later this month in Los Angeles.

'American Born Chinese’, based on a graphic novel of the same name, is slated to start production later this month in Los Angeles.

Michelle Yeoh and her Shang-Chi and the Legend of the Ten Rings director Destin Daniel Cretton are teaming up again for American Born Chinese,  a new fantasy series from Disney+.

The series — based on the 2006 graphic novel by Gene Luen Yang — also stars Daniel Wu, Chin Han, Yeo Yann Yann, and Ke Huy Quan (aka Short Round from Indiana Jones and the Temple of Doom). Cretton will direct the series and serve as one of the executive producers. Fresh Off the Boat’s Melvin Mar and Jake Kasdan are onboard as EPs as well. 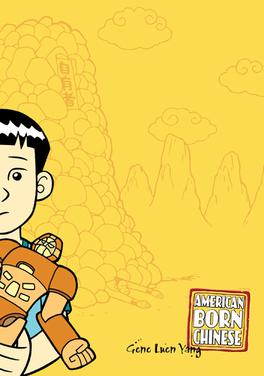 Born this way: Written and illustrated by Gene Luen Yang, 'American Born Chinese' was published in 2006 and won numerous awards, including the Michael L Printz Award, the Eisner Award for Best Graphic Album: New, and the Publishers Weekly Comics Week Best Comic of the Year.

According to Deadline, American Born Chinese will centre around Jin Wang (Ben Wang from MacGyver), an average teenager juggling his high school social life with his home life. When he meets a new foreign student, Wei-Chen (former Taekwondo champ Jim Liu), on the first day of the school year, Jin is unwittingly entangled in a battle of Chinese mythological gods. Yeoh will play Guanyin, Wei Chen’s unassuming auntie who is also the all-powerful Buddhist bodhisattva of Compassion.

Chin Han and Yeo will co-star as Jin’s parents, Simon and Christine Wang, while Wu will play Sun Wukong, aka The Monkey King from the Journey of the West, who enters our world in search of his son. (Interestingly, Wu’s Into the Badlands character Sunny was inspired by Sun Wukong.)  Ke will play Freddy Wong, a fictional character from a popular mid-1990s sitcom. Sydney Taylor will play Amelia, a friendly “All-American” girl who is Jin’s classmate and crush.

Reacting to the announcement on Instagram, Wu wrote, “This project is exciting for me for multiple reasons. I have known [Michelle Yeoh] for over 20 years and we have always wanted to work together but it never worked out so now we are finally are getting the chance.

“I’ve been asked to play The Monkey King, Sunwukong, many times but never felt the timing was right, now I finally get to play one of my childhood heroes. When I was growing up, there were no shows for Asian American kids like me, so being part of this project means so much for not just me but for a whole generation of kids who will grow up seeing people like them on screen.”

The series, which is expected to start production later this month, is described as an “action-packed coming-of-age adventure that explores identity, culture, and family.”

Besides American Born Chinese, Cretton is also writing and directing a sequel to Shang-Chi and the Legend of the Ten Rings as well as an additional Disney+ series set in the Marvel Cinematic Universe. He's also one of the directors for HBO Max's upcoming crime series Tokyo Vice.

Shang-Chi, MCU’s first Asian-led instalment, earned over US$432 million (S$580 million) worldwide. It’s the second highest-grossing film in the US with US$225 million, behind Spider-Man: No Way Home’s US$572.9 million. The Simu Liu and Tony Leung-starring film is also the No. 2 top earner in Singapore last year with S$7.11 million, edged out by Spider-Man: No Way Home’s S$11.8 million.