The month-long pop-up is a market test for the American doughnut chain to consider opening a permanent shop here.

The latest queue-making craze to hit Singapore is Mister Donut, the American doughnut chain that’s ironically even more popular in Japan than in its native country.

As part of a market test to gauge demand for a permanent store here, Mister Donut is doing a pop-up at WAttention Plaza, an events space at the &Joy Fiesta Japanese food street at Jurong Point’s basement.

The chain is founded by one Harry Winokur, who is the brother-in-law of Dunkin’ Donuts founder William Rosenberg. 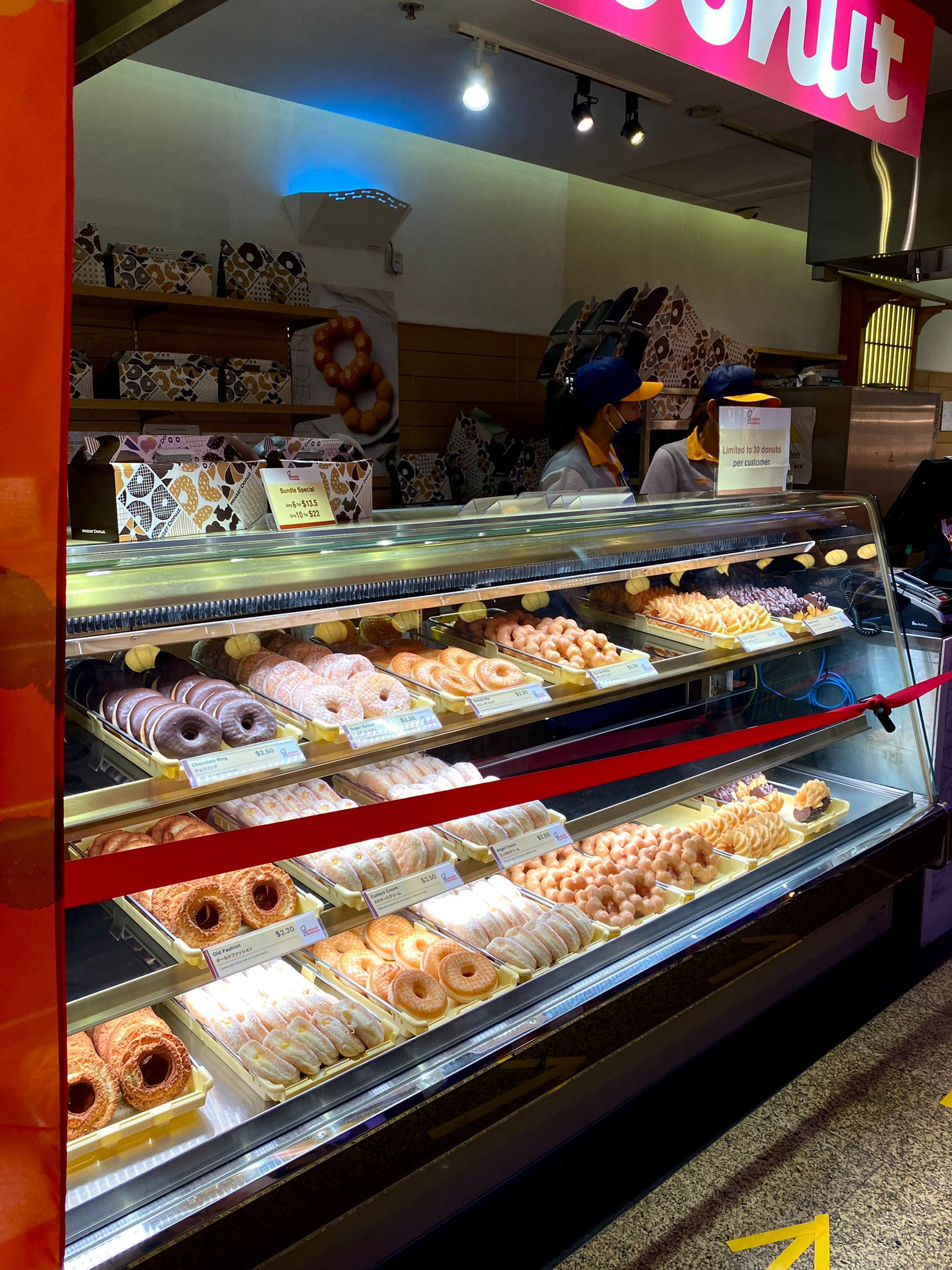 The pop-up stall is slated to run for a month starting from Jul 15, though WAttention Plaza stated that it may wrap up early if there is overwhelming demand.

The opening hours are 11am to 9pm daily, with each customer limited to a maximum purchase of 30 pieces. The chain is well-known for its pon de ring doughnut, which has eight doughy balls connected in a circle. 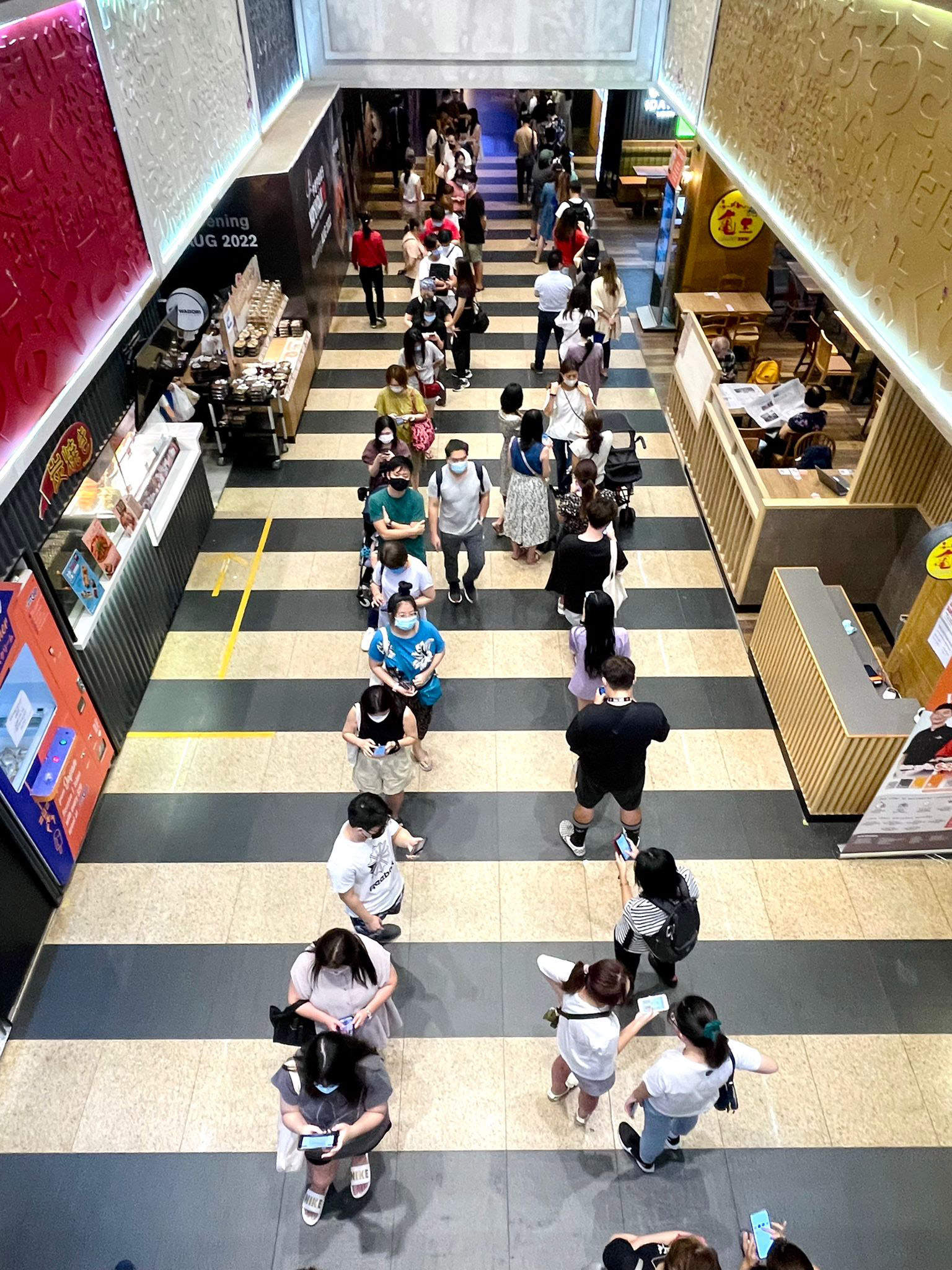 There is overwhelming demand

Even before the pop-up opened at 11am today (Jul 15), the queue for doughnuts had already stretched all the way down the Japanese food street by 10.30am. Just after 11am, the queue had snaked around the main walkway.

The first person in line told 8days.sg that he had arrived at 9.30am. “People were standing around but not queuing, so I started queuing,” he said. One other customer we spoke to said she had taken a Grab ride from Bishan to the Jurong West mall to buy doughnuts for her family. 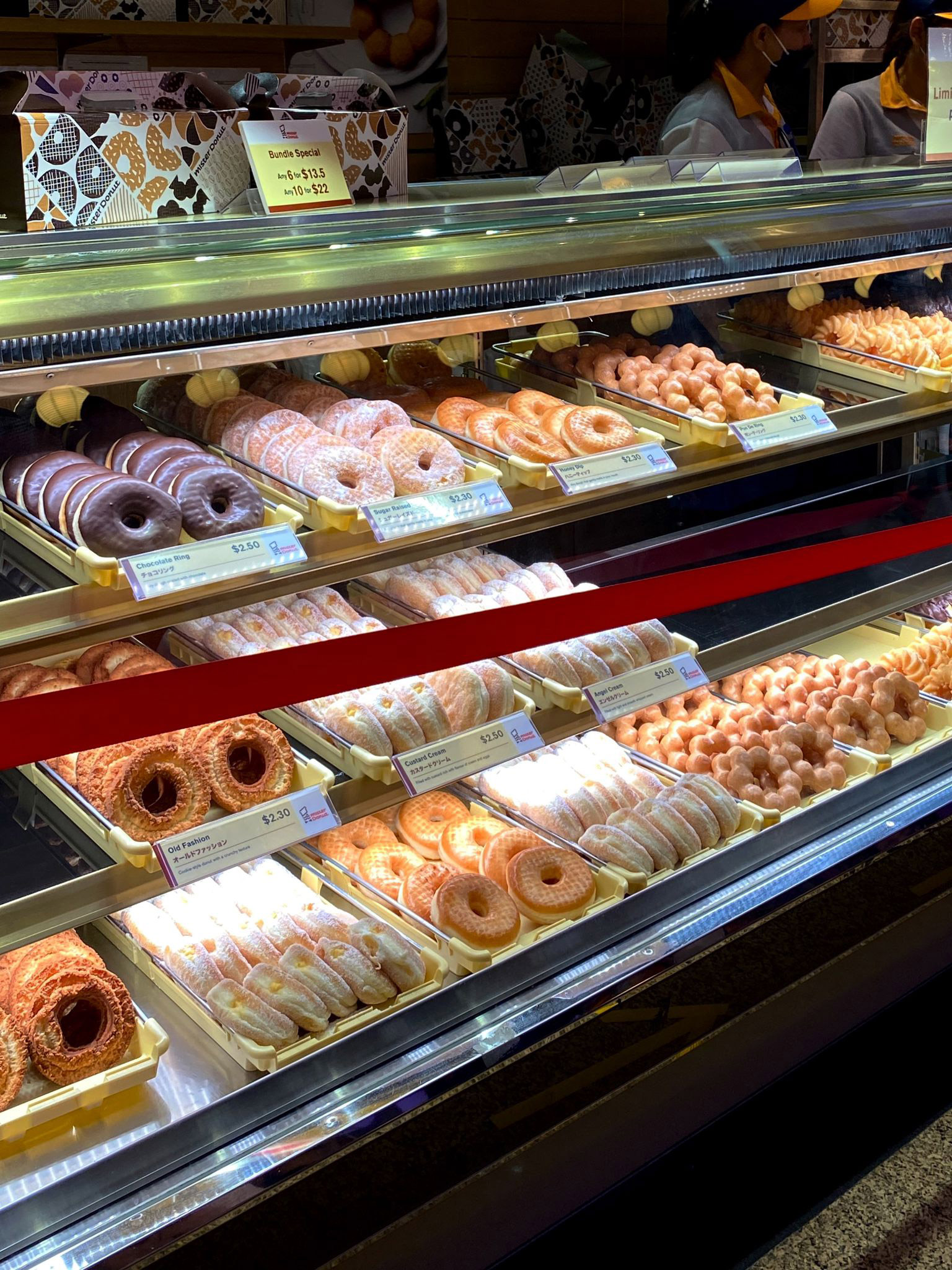 According to WAttention Plaza, there are 3,000 doughnuts available daily. A staff member on-site told 8days.sg that “there are four chefs working very hard right now to churn out the doughnuts”. We also spotted the doughnuts coming out of a kitchen that belonged to Gokoku Japanese Bakery. 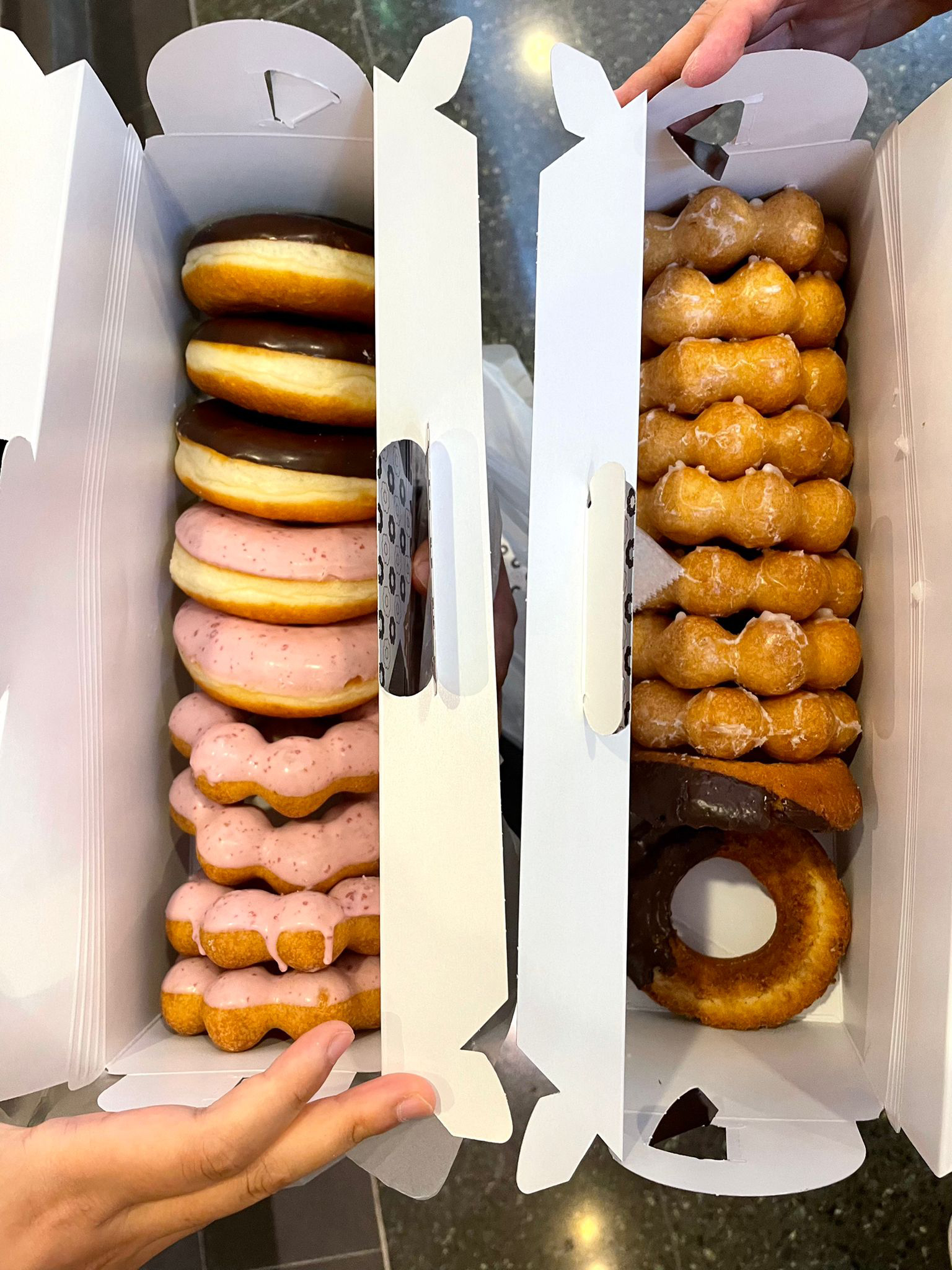 Around 16 types of doughnuts are available on the menu, such as the Pon De Ring in original and strawberry flavours, Custard Cream, Honey Dip, Coconut Chocolate and Angel French, a chocolate-dipped cruller stuffed with whipped cream. Prices range from $2.30 to $2.50 a piece. There’s also a bundle deal at six for $13.50 and 10 for $22.

We saw most of the customers going for the pon de ring, as well as a selection of the fancier-looking flavours. Per WAttention Plaza, the stall is expected to close early for the day once it runs out of doughnuts.