Paralympic Gold Medallist Yip Pin Xiu Was Bullied By Her Schoolmates 'Cos Of Her Disability; Says She Doesn’t Blame Them As "They Were All Just Kids"

In the latest episode of Jean Danker's podcast R U Okay?, Pin Xiu spoke about her tough primary school days. 8days.sg calls Singapore's Golden Girl up to find out more.

In the latest episode of Class 95 DJ Jean Danker’s mental wellness podcast, R U Okay?, five-time Paralympic gold medallist Yip Pin Xiu, who has Charcot-Marie Tooth disease, a progressive nerve condition, shared about how growing up with a disability made her a "really tough person".

The 30-year-old admitted that there were days when she asked herself: "Why am I the only one with the disability?", especially since there wasn't much representation about people with disabilities then.

"But I wouldn’t say that it was very difficult at that point in time because I was thrown into this circumstance where I just had to accept it as it was," said the the optimistic Pin Xiu.

And perhaps it was also this mindset that pulled Pin Xiu through her very difficult days in primary school, where she revealed she was ostracised by not just her peers, but also her teachers, all because she was seen as "different" from everyone else.

A quick Google search will show you that Pin Xiu went to Ai Tong Primary School.

According to Pin Xiu, her classmates threw things at her "every 10 seconds" during lessons, and when she cried and told the teacher about it, she was simply ignored.

Watch the video below for the full conversation. Our story continues after that.

When 8days.sg got on a call with Pin Xiu to find out more, she shared with us that the bullying "was a bit more rampant during [her] primary one to four years because [she] really didn't have any friends".

At that time, Pin Xiu, who only started using a wheelchair when she was 13, wore an AFO (ankle-foot orthoses), which are like leg braces.

Her hands, she said, "no longer had as much grip", which made her "a bit slower" in terms of her movements.

"I think at that time a lot of people didn't know what having a disability was so I was treated differently, [especially] during things like PE lessons. In primary school, I was basically made to sit in one corner where I just watched the class have their lessons, I felt very excluded from everything," she shared.

And it really didn't help that her classmates were very unkind to her.

"I'd be sitting in class, and you know how kids will have a small divide between their tables if they don't want to be friends with you? It's just those very small minor things but it didn't make the entire experience good lah."

And because of the dismissive attitudes from her teachers towards what she was going through, Pin Xiu ended up choosing to keep mum about the bullying 'cos she "didn't feel the need to [tell anyone].

"I did let my teacher know but she didn't do anything about it, so maybe I thought that there wouldn't be any help even if I did it again. I just kept quiet about everything, I don't think I even told my mum about any of the bullying until much later in my life. I just kind of ignored it? I mean it's not healthy 'cos now we're all about feeling our feelings, which I kind of did later in life. But at that point in time, in order to be a useful individual, or functioning person, I had to just push it aside." Jean and Pin Xiu on R U Okay?

Despite all that happened, Pin Xiu doesn't blame her classmates for what they put her through "because [they] were all just kids".

She did "hope that the situation was handled better" though.

"I never hated anybody 'cos I guess it's really just my personality to not harp on such negative stuff. Ever since I was younger, I tried to not let a lot of things knock me down. But I didn't rationalise it for them at that point in time as well, I just let it go."

She then went on to say that it was only until she grew up that she realised that whatever happened back then was uncalled for, but "it's okay".

"I mean it wasn't okay at that point in time 'cos I probably went through a lot more than [the other kids] but I think I grew up okay with the help of some very supportive people in my life." 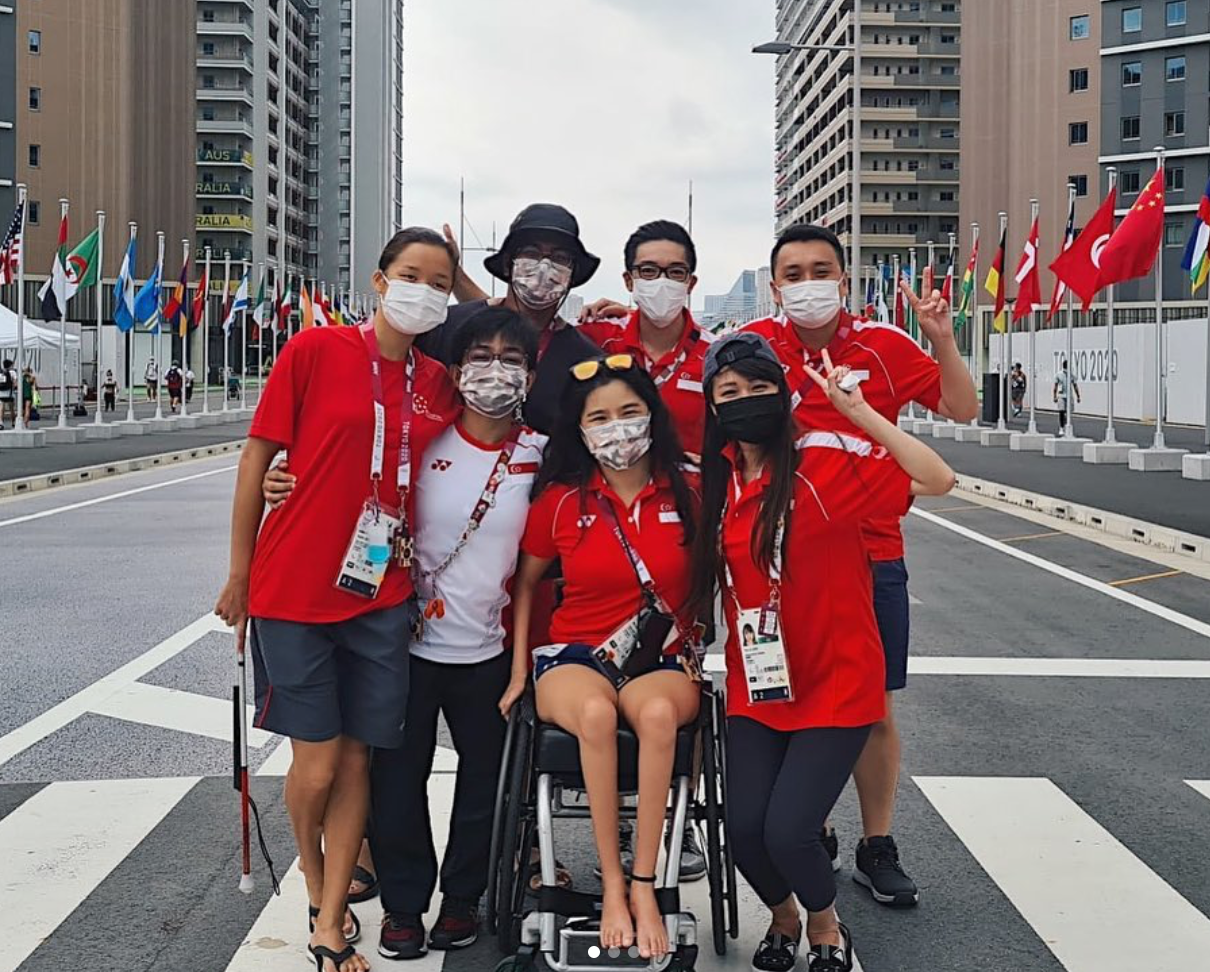 Pin Xiu and her Paralympics teammates

Thankfully for Pin Xiu, she started competitive swimming, which was where she met her friends and teammates who similarly had disabilities. With them, she felt that she could finally be who she really is.

"After I met this group of people, I could be myself around them and could find out more about myself, and have a life where I was could be vulnerable and happy."