“Please Go Away”: Cynthia Koh To 'Follower' Who Says He Wouldn’t Bother Asking The Actress For A Photo If He Sees Her

She’s had enough of "mindless netizens that like to go around and leave hurtful comments”.

We get it. It’s hard to read someone’s tone over the Internet, and sometimes, a joke might just fly way over your head.

But still, it takes a special type of person to go around willy-nilly, spewing hate and negativity everywhere. And unfortunately, that was exactly the type of person Mediacorp artiste Cynthia Koh, 48, had to deal with on Monday (June 13).

Earlier, Cynthia had shared a post on her IG Story, writing that she’s taking the MRT ‘cos “no one [will] recognise” her today.

"Short trips I don't mind taking the train for a change, especially [during] the weekends when parking can be a pain,” she wrote. 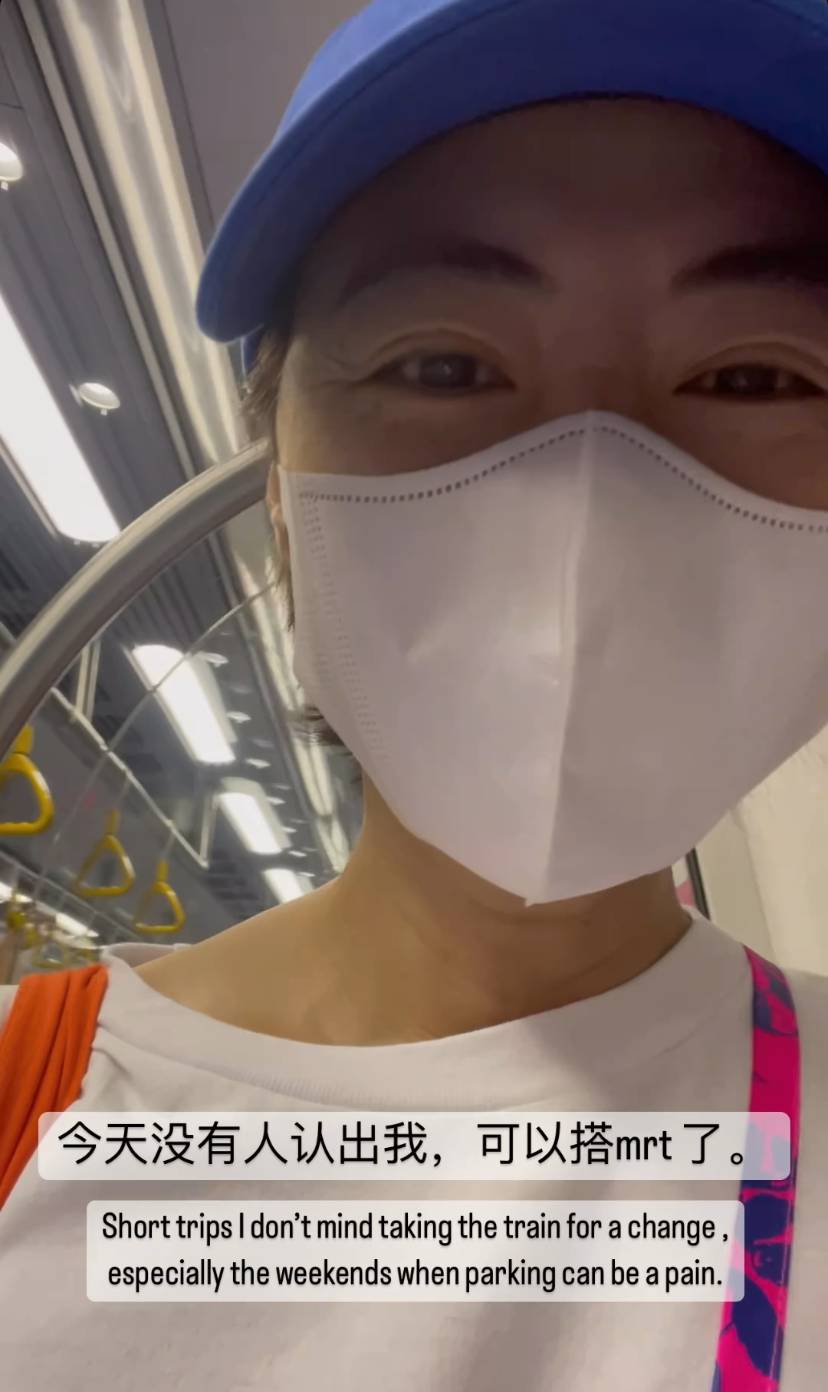 However, one particular netizen took offense at Cynthia’s words, and saw fit to message Cynthia directly to share his thoughts.

And in turn, Cynthia decided to broadcast his mean comments to her community.

"Some nuisance follower comment[ed] saying - Chow Yun Fat is not afraid to be recognised, you small fly scared. If I recognise you I also won't bother (sic),” Cynthia wrote, relaying said follower’s message. 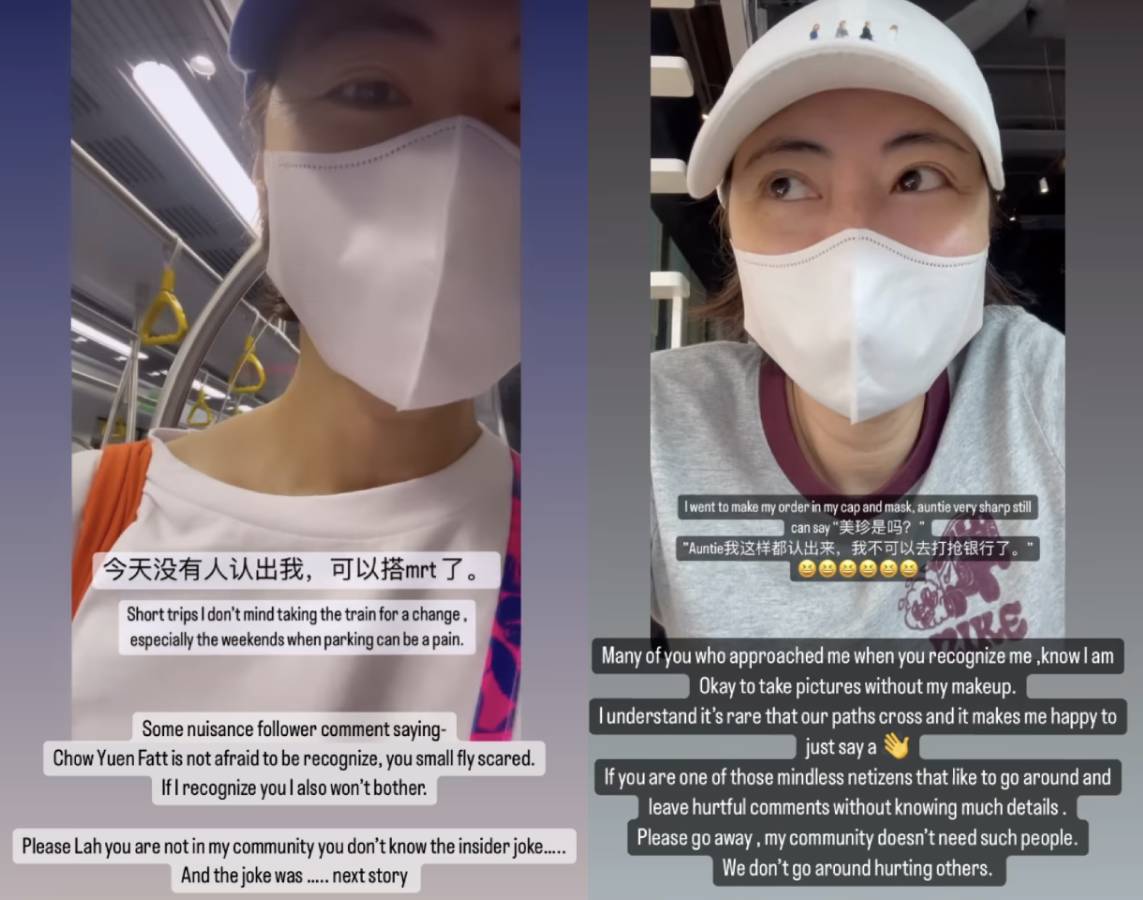 Who are you calling a small fly?

Cynthia wasn’t pleased with the comment. We mean, who would be?

She explained that her first IG Story was merely a joke between her and her followers, writing: " Please lah, you are not in my community, you don't know the insider joke.”

She then went on to write: "Many of you who approached me when you recognise me, know I am okay to take pictures without my make-up. I understand it's rare that our paths cross and it makes me happy to just say a [greeting]. If you are one of those mindless netizens that like to go around and leave hurtful comments without knowing much details. Please go away, my community doesn't need such people. We don't go around hurting others.”

As it turns out, Cynthia had shared about an encounter she had with a hawker auntie, who recognised her even with a mask and cap on, a while back.

Therefore, the actress was just cheekily referring to that incident when she posted about her MRT ride. Unfortunately, the netizen was left out of the loop.

Cynthia also put said netizen on blast, attaching a screenshot of their account, and revealing that she’d reported the account, which had no profile picture and wasn’t following anyone, to Instagram. 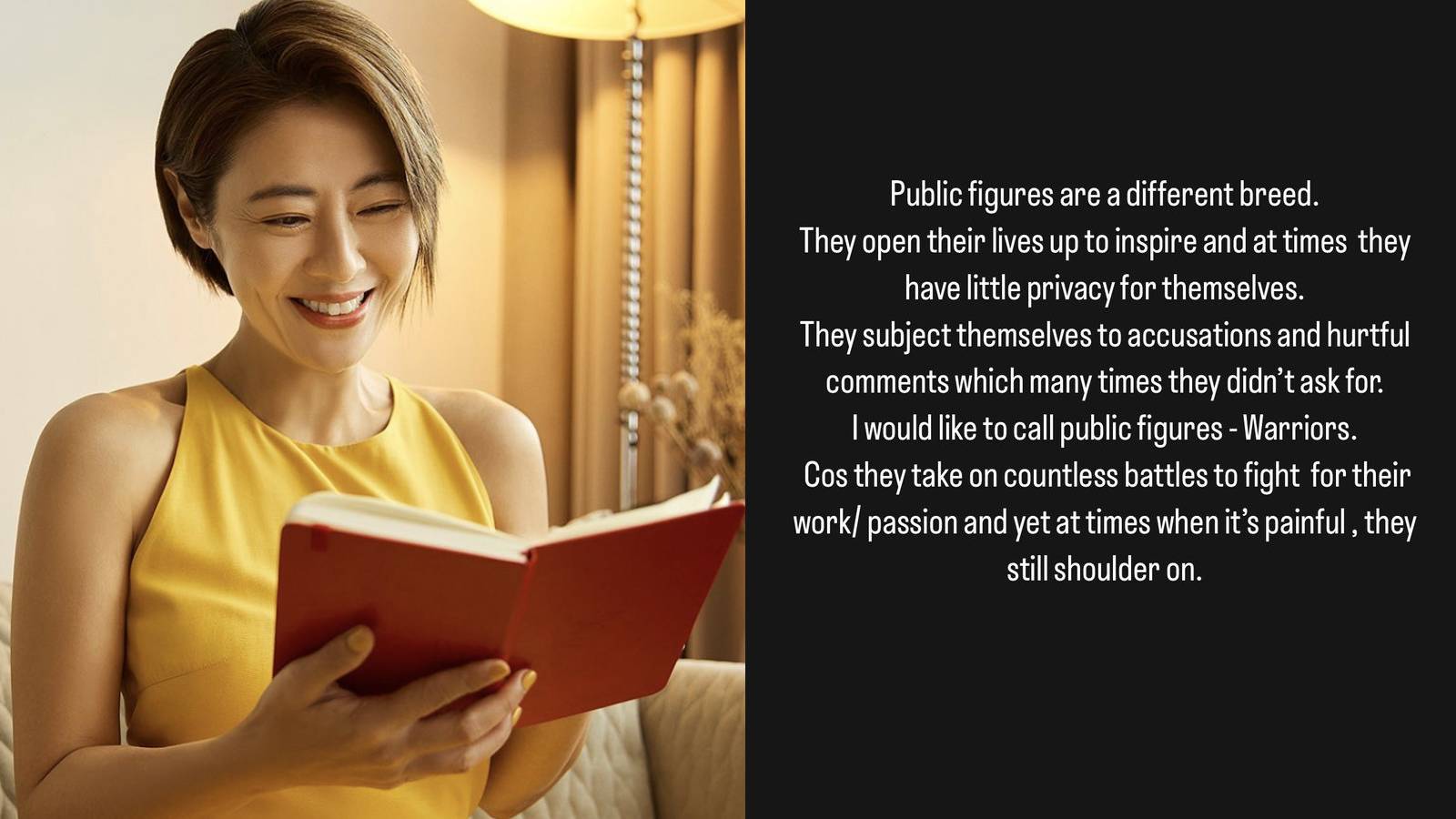 Finally, she had a message to share with everyone when it comes to what public figures like herself have to deal with.

“Public figures are a different breed. They open their lives up to inspire and at times they have little privacy for themselves. They subject themselves to accusations and hurtful comments which many times they didn't ask for,” she wrote.

She then went on to describe public figures as “warriors”, ‘cos "they take on countless battles to fight for their work/passion and yet at times when it's painful, they still shoulder on”.

Guess that netizen will now think twice before seeing fit to send hate online. We hope.