Stick It To Them: Babe Actor James Cromwell Glued Hand To A Starbucks Counter To Protest Vegan Milk Charges

The veteran actor and activist was part of a PETA protest to demand Starbucks to drop the surcharge for vegan milk alternatives.

James Cromwell gave the phrase ‘stick it to them' a whole new meaning when he led a protest against Starbucks for charging extra for vegan milk.

Cromwell, 82, and other members of PETA (People for the Ethical Treatment of Animals) staged a protest Tuesday (May 10) at a midtown Manhattan branch of Starbucks to call out the company’s surcharge on vegan milks.

The Oscar-nominated actor of Babe, a longtime supporter and ‘Honorary Director’ of PETA, wearing a ‘Free the Animals’ T-shirt, glued his hand to the counter and read a statement. “There's no reason for it except greed. Now we’re asking: Will you stop charging more for vegan milk? When will you stop raking in huge profits while customers, animals, and the environment suffer? When you will stop penalizing people for their ethnicities and morals? The senseless upcharge hurts animals."

After his message, Cromwell led the other protestors in chanting, “Save the planet, save the cows. End the vegan upcharge now.” 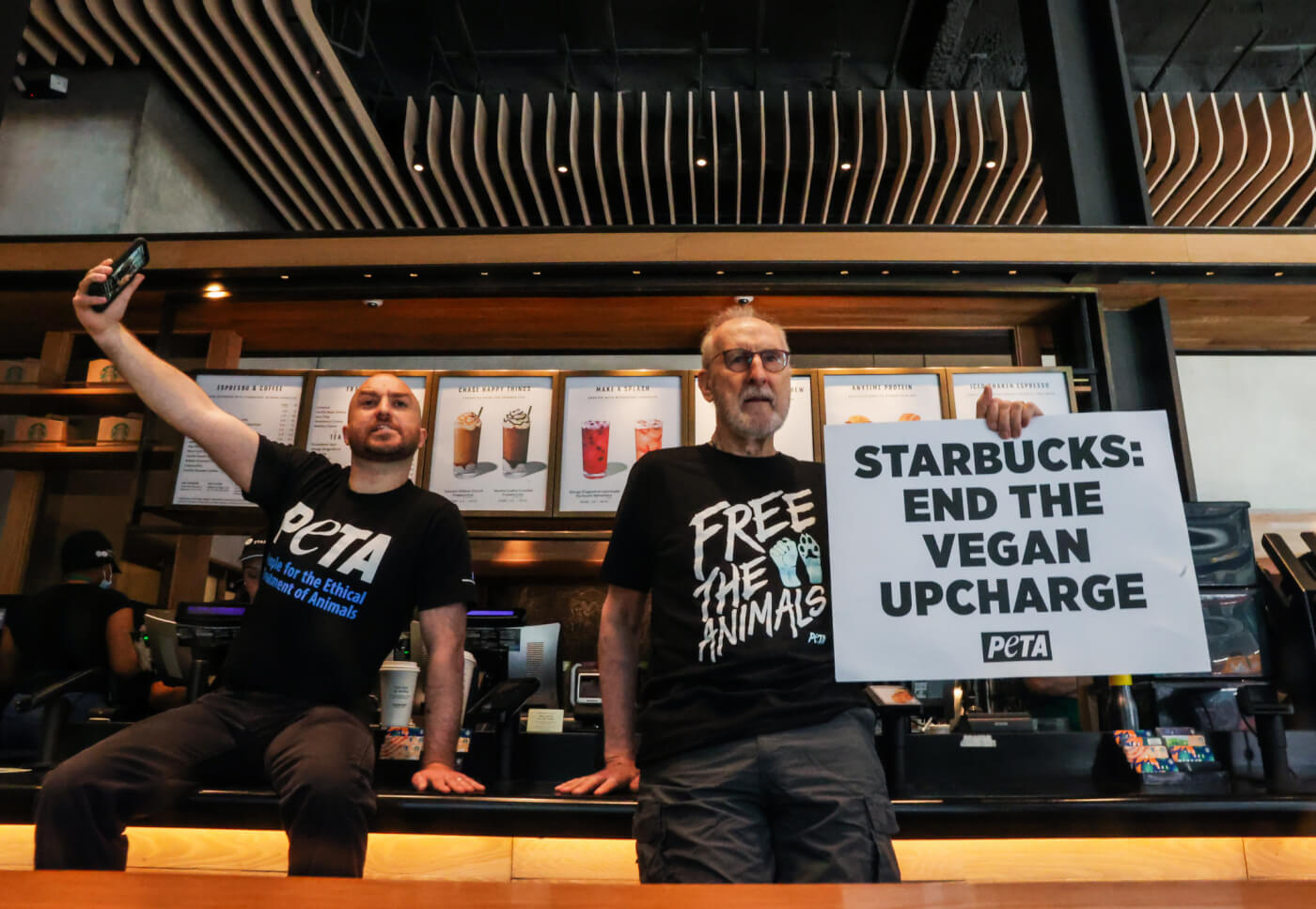 'Sticking' to his guns: When asked by the Starbucks manager to leave, James Cromwell was heard saying, "No, I'm glued to your counter so I can't get up."

The protest, which was livestreamed on Facebook, lasted about half an hour before police arrived. Cromwell was said to have scraped the glue off his hand with a knife. According to reports, no arrests were made.

A Starbuck rep said in a statement (per CNN), “We respect our customers’ rights to respectfully voice their opinions so long as it does not disrupt our store operations.”

Starbucks charges US$0.50 to US$1 (S$0.70 to S$1.40) more for a dairy alternative — which includes soy, coconut, almond and oat milks — depending on the US city. The chain recently dropped the surcharge at its UK stores. In Singapore, non-diary milk cost consumers an extra SS$0.80.

Cromwell, who’s also known for his roles in the noir crime drama LA Confidential and on HBO’s dark comedy Succession, is no stranger to public demonstrations. In 2018, he was arrested for leading a PETA protest of SeaWorld's San Diego 'Orca Encounter' show.

In 2019, he was arrested and given six-month probation for protesting animal testing labs at Texas A&M University. Two years before, he was sentenced to seven days in jail for refusing to pay fines related to a protest at the site of a natural gas-fired power plant near his New York home.