It's said that her once-bright future at TVB is no more after making a series of career missteps.

The actress recently revealed that she had passed the first level of the CFA exam.

For those who aren’t familiar with the CFA program, it is a three-level exam that tests one’s financial knowledge, including wealth planning, investment and portfolio management skills. Its papers are notoriously difficult and currently has a passing rate of only 38 per cent.

It's why Crystal described her passing of the exam as a “miracle” since she does not have any background in finance — the test is usually taken by those working in the economic sector.

Crystal also thanked her dad for sending her to the exam venue at 6am in the morning and dedicated her good results to him as a birthday present.

After announcing the news, many netizens speculated that Crystal took the CFA in preparation to leave TVB.

After winning Miss Hong Kong, Crystal joined TVB where she quickly rose up the ranks, appearing in numerous hit dramas, including Apple-colada. In 2018, she won the Most Improved Actress award at the TVB Anniversary Awards.

However, her career stalled after that. She was even left out of the second instalment of Sinister Beginnings after playing one of the main characters in its first season. 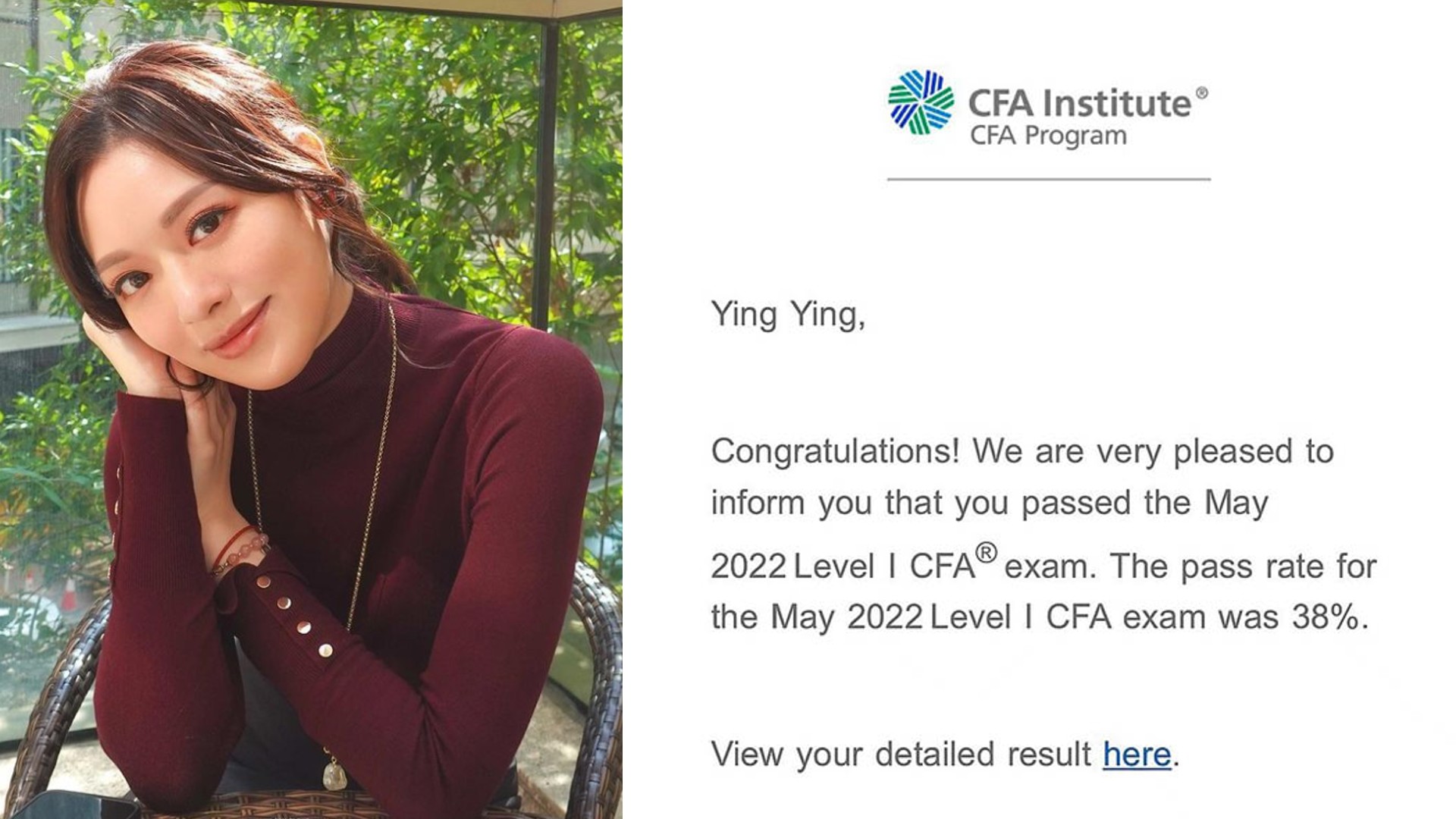 The exam is known for its low passing rates

Since then, there have been rumours claiming that Crystal had committed three “industry crimes” that hurt her career in TVB.

According to the Hongkong media, her three “crimes” were:

Although Crystal is currently filming three variety shows, her number of projects have been greatly reduced over the years. Her last drama was AI Romantic, which was shot in 2020.

When asked if she has been put in 'cold storage' by TVB, Crystal only said that she's in no position to comment.