The 36-year-old actress said she only had a small role initially, but was later given a bigger role with more screen time after impressing the director with her performance.

At the TVB Anniversary Awards in January, Hongkong actress Lesley Chiang, who’s the daughter of veteran actor Paul Chun, 76, was named the Most Improved Female Artiste.

Since then, things have been looking up for the 36-year-old.

In March, Lesley posted a picture of herself posing on the steps of a trailer on Instagram, where she revealed that she was filming in Los Angeles.

"My 1st Hollywood role. So grateful for every opportunity that has come my way. How exciting is this?" she wrote.

So how did the opportunity come about?

"I was approached by Hollywood and Hongkong agents and I'm very happy and thankful," said Lesley, who added that she isn't able to divulge more about the movie or her role.

"Actually since 2020, Hollywood and overseas production teams started to consider using foreign actors as castings can now take place virtually, and [actors] don't have to be there in person for the auditions. This in turn created more opportunities for international and Asian actors, and I am one of them."

Lesley shared that she was originally given a really small role with possibly only one scene, which she didn't mind at all.

"But who knew I'd be so lucky? After the director saw [my performance], [he] felt that I could try another role with more scenes and lines," she added. "I auditioned a few times and successfully got the role!"

Lesley revealed that on the set of the Hollywood movie, she even has her own hair and make-up artiste, fashion stylist and even someone to take care of her meals, which was a very pleasant surprise for her. 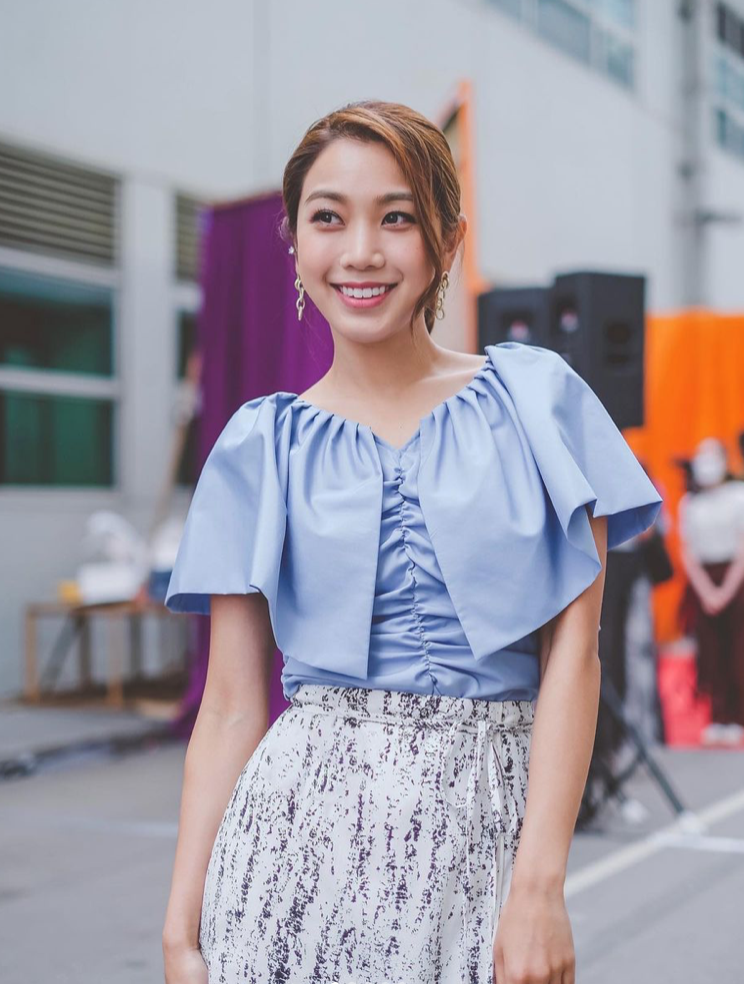 It took her quite a while to get here too

Lesley started out as a singer 12 years ago, and only joined TVB as an actress in 2017, following the footsteps of her father Paul, who has been acting since he was three.

Her popularity grew after playing Lisa, a Filipino domestic helper, in the longform series Come Home Love: Lo and Behold.

She then started getting recognition for her acting last year following her scene-stealing performance as a mother of a sick child in Kids' Lives Matter, opposite Linda Chung and Kenneth Ma.

And now Hollywood has come a-calling.