The TVB actress, who is the daughter of veteran actor Paul Chun, had a very sweet response to that question.

Here is why it's very important for hosts to do their research before interviewing someone.

In March, TVB actress Lesley Chiang, who is the daughter of veteran actor Paul Chun, revealed on her Instagram that she is making her Hollywood debut in a movie.

The 36-year-old actress recently went back to Hongkong where she met the media at a Mother's Day event.

When it was mentioned that her father was actually one of the first Chinese actors to appear in a Hollywood movie —the 1966 American war film The Sand Pebbles — Lesley said her dad is very happy about her following in his Tinseltown footsteps.

Here's where it got awkward.

TVB entertainment host Vivienna Lai then asked Lesley how she intended to celebrate Mother's Day with her mum.

Here's the thing: Lesley's mum died six years ago from a cerebral hemorrhage. .

And not just that. Lesley's mum left their family when the actress was just a year old and Lesley was raised by her dad.

Luckily, Lesley did not take offence at that insensitive question. She graciously said that she's celebrating the occasion with her father, as he was, for most parts of her life, both a mother and a father to her.

She also said that since her dad is in Hongkong this year, she and her brother Benji, 41, would be cooking for him.

While Lesley has been praised for her "high EQ" response, netizens have mercilessly slammed Vivienna for being "unprofessional". They also flamed her for not "doing her homework" before speaking to the actress.

Vivienna has since apologised for her blunder, saying that she was "definitely not trying to be disrespectful". She also shared a screenshot (see below) of her conversation with Lesley. 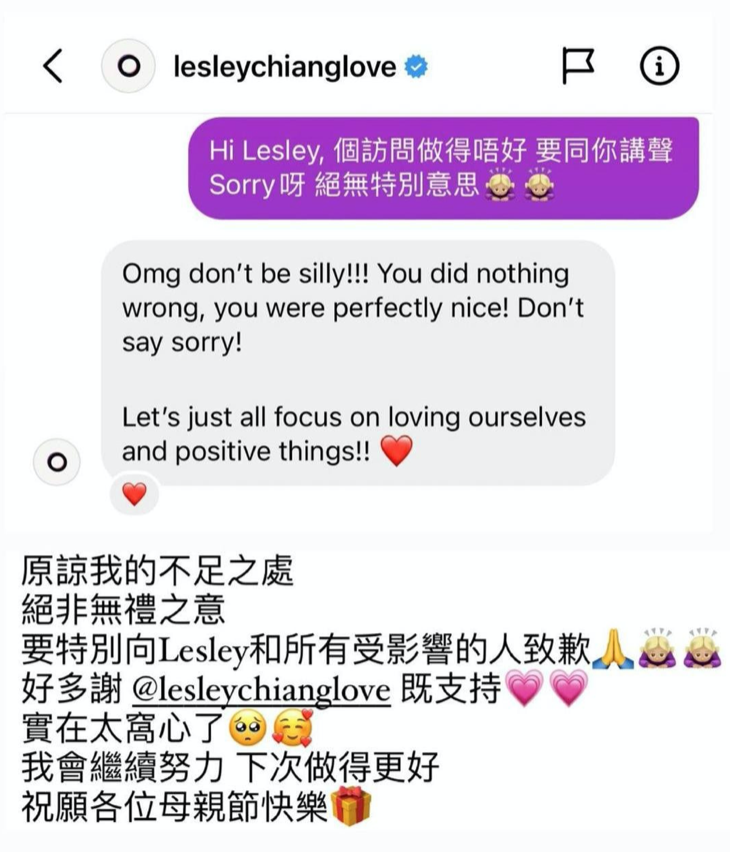 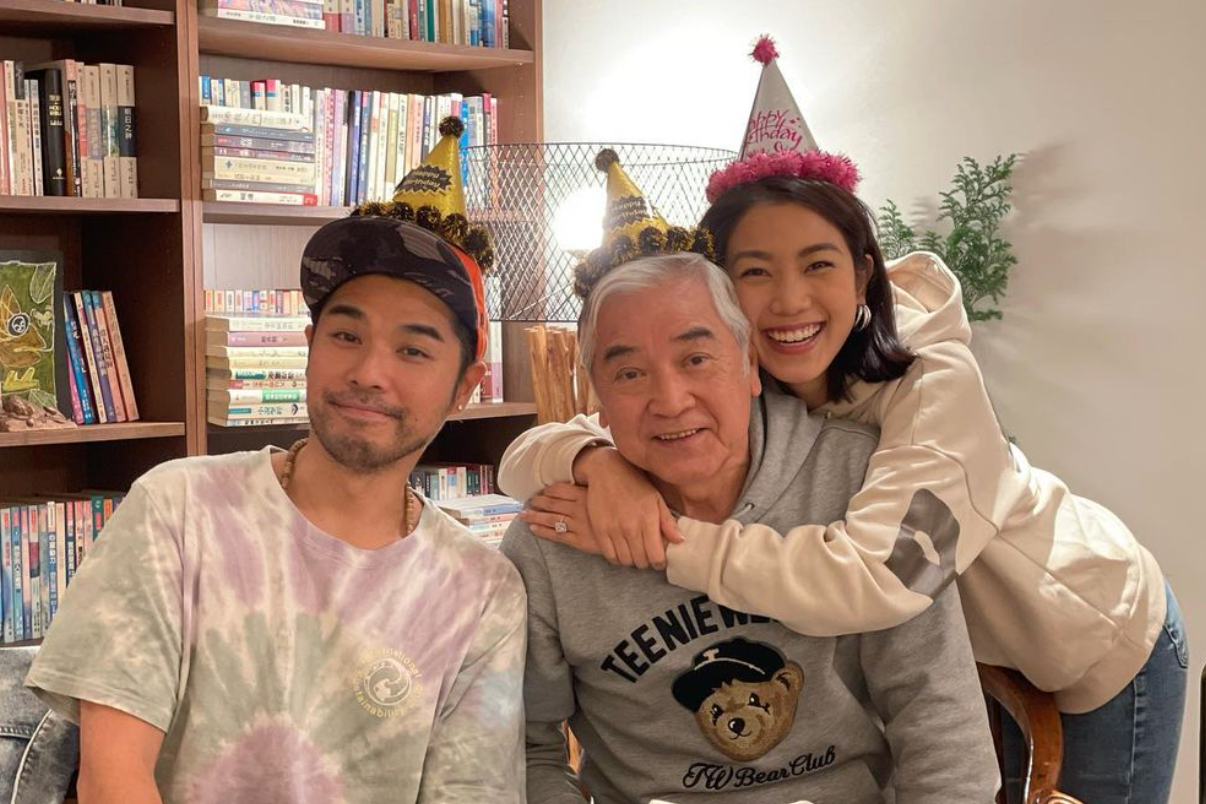 Lesley with her dad, Paul, and brother, Benji.

Check out how Lesley's Mother's Day celebration with her dad and brother went here: