"No matter which part of the world I end up in, I will miss every single one of you...," she wrote.

Plenty of celebs have been leaving Hongkong in search of better job opportunities overseas, to escape the strict Covid regulations, or simply for a change in scenery.

The next star to bid Hongkong farewell is 91-year-old veteran actress Wong Ha-Wai, who is also known by her English name, Lana Wong.

On June 10, Ha-Wai took to her Facebook page to announce the news, surprising many of her fans.

“There’s something I want to tell everyone: I’m leaving in August! I don’t know when I’ll ever see everyone in Hongkong again and I know that everyone will miss me! But no matter which part of the world I end up in, I will miss every single one of you... I’d like to thank everyone once again and let’s see each other if fate allows!” she wrote.

Ha-Wai also added: “Things and people change a lot in the space of 10 years. Despite the hard times, I have enjoyed every moment with the citizens of Hongkong!”

Though she did not specify where she was moving to, Hongkong media reported that Ha-Wai is relocating to the United States with her husband, former race car driver Albert Poon. 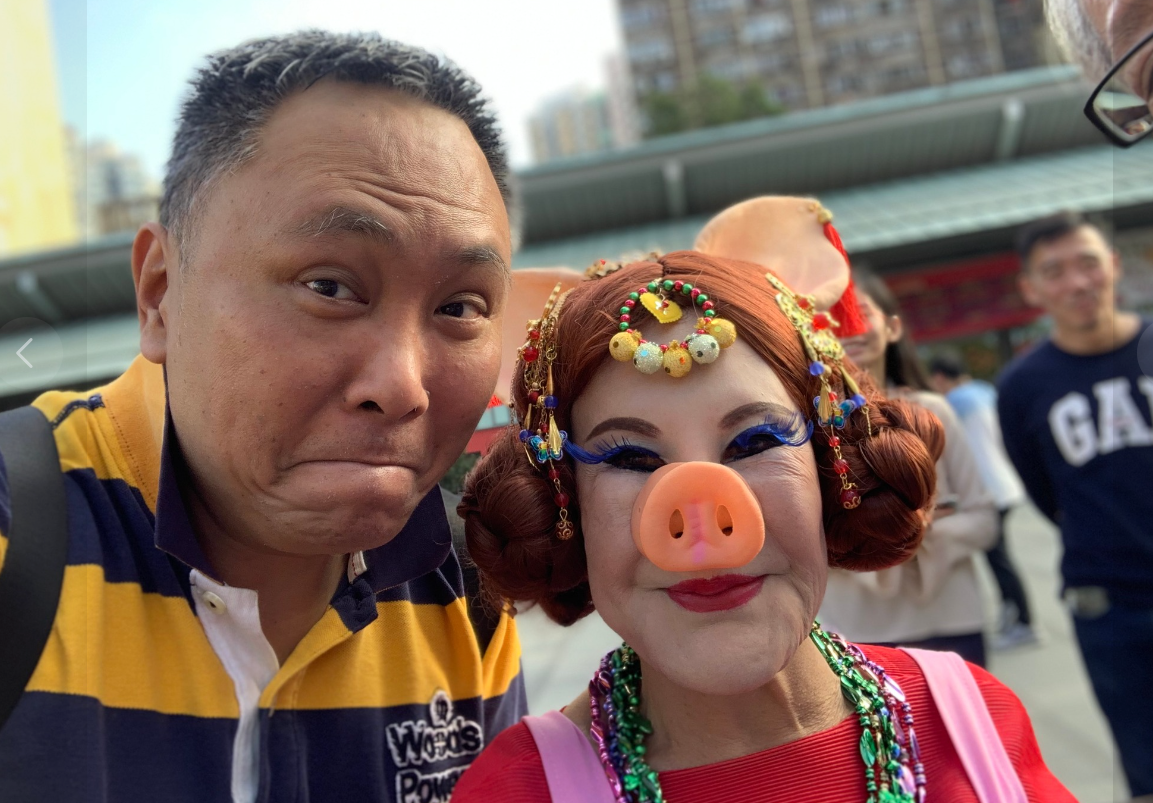 Ha-Wai and her long-time manager Simon

Ha-Wai also took the chance to thank her manager Simon for being there for her through her ups and downs.

She was grateful for his help in keeping her up to date with various social issues and for guiding her to share such topics with her audiences in a light-hearted manner.

In 2015, when a man broke into Ha-Wai’s house, the quick-witted actress let out a loud scream, scaring the burglar away. She then joked that she managed to chase him away ‘cos her bare face was too scary.

The incident went viral and Ha-Wai's affable and self-deprecating personality made her a hit amongst netizens.

She was quite the beauty back in the day

Ha-Wai, who is said to have altered her looks over the years with plastic surgery, achieved success in showbiz at a young age and was often in the news due to her high-profile relationships.

Ha-Wai dated the late actor Lam Kau when she was just 18. She later had an affair with wealthy businessman and politician Woo Pak-Chuen, who was 23 years older than her.