“I'm not feeling great emotionally, and [I] am unable to appear in front of the camera. I get overwhelmed by my thoughts,” the 70-year-old actor said.

Veteran actor, Kwok Fung, 70, is one of the most prolific actors in Hongkong but he hasn't acted in any new projects in recent years for one heart-wrenching reason.

The actor revealed in a recent interview that he's too heartbroken after the death of his wife of 40 years, actress Susanna Au Yeung Pui San, in 2017 to bring himself to act again.

Susanna died of lung cancer at the age of 63 and Kwok Fung has been grieving ever since.

Kwok Fung, who starred in many classic TVB dramas including At the Threshold of an Era (1999) and Dicey Business (2006), did make brief appearances in The Gutter (2020) and Raging Fire (2021) but has otherwise stayed out of the spotlight.

Kwok Fung was absolutely distraught at his wife's funeral

In the interview, Kwok Fung talked about his career in showbiz and occasionally let out a big grin whenever he spoke about Susanna.

On his wife’s passing, Kwok Fung expressed his gratitude to friends and family who showed him concern all this while.

“Many people care about me, plenty of them being my wife’s students. They show me lots of concern as they knew what my lifestyle and relationship with my wife was like. They were very worried about me 'cos I was really spiraling initially. It still makes me sad to talk about it now,” he said as tears welled up in his eyes.

He then waved his hand to halt the filming of the interview. 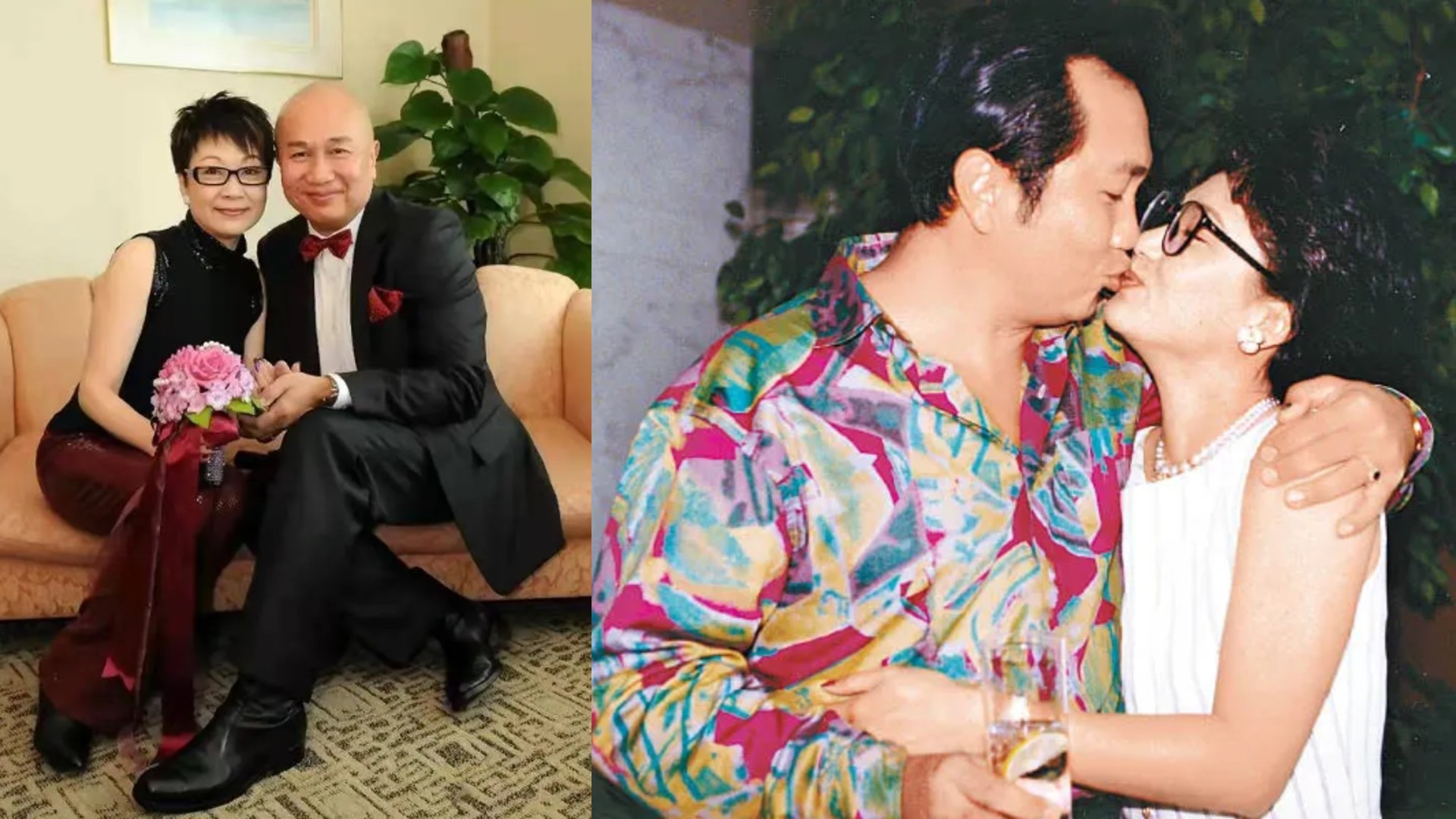 Kwok Fung and Susanna were one of showbiz's most loving couples

With regards to future projects, it does seem like fans have to be patient for a while more as Kwok Fung needs more time to fully process his loss.

However, he is still under contract to TVB, with an agreement to film two more shows.

“I can’t [act], I'm not feeling great emotionally, and [I] am unable to appear in front of the camera. I get overwhelmed by my thoughts,” the actor said.

At the same time, he expressed how grateful he is that TVB has not rushed him to appear in anything over the past five years.

The couple at their wedding in 1977

Kwok Fung and Susanna met on the set of Asia Television’s Wu Yu Wen Cang Tian and they tied the knot in 1977. They were known as one of showbiz's model couples and were hardly ever seen without each other.

Although the couple have no biological children together, they raised an adopted son.

In the interview, Kwok Fung said: “Actually, the worth of one’s life has a lot to do with how one wants to view it. Some people place more importance on their careers, while others prioritise their marriage. They are both important. My family is the best thing I’ve got in this life, and I’m very lucky. Of course, there is no comparison between different people, what matters most is that you are content.”

He then said something that would no doubt warm everyone’s hearts: “I’ve managed to do what I like for a career, and I entered that world [of showbiz]. And in that world, I met my wife, I think that was Heaven’s will.”

Um,  is someone chopping onions around here? 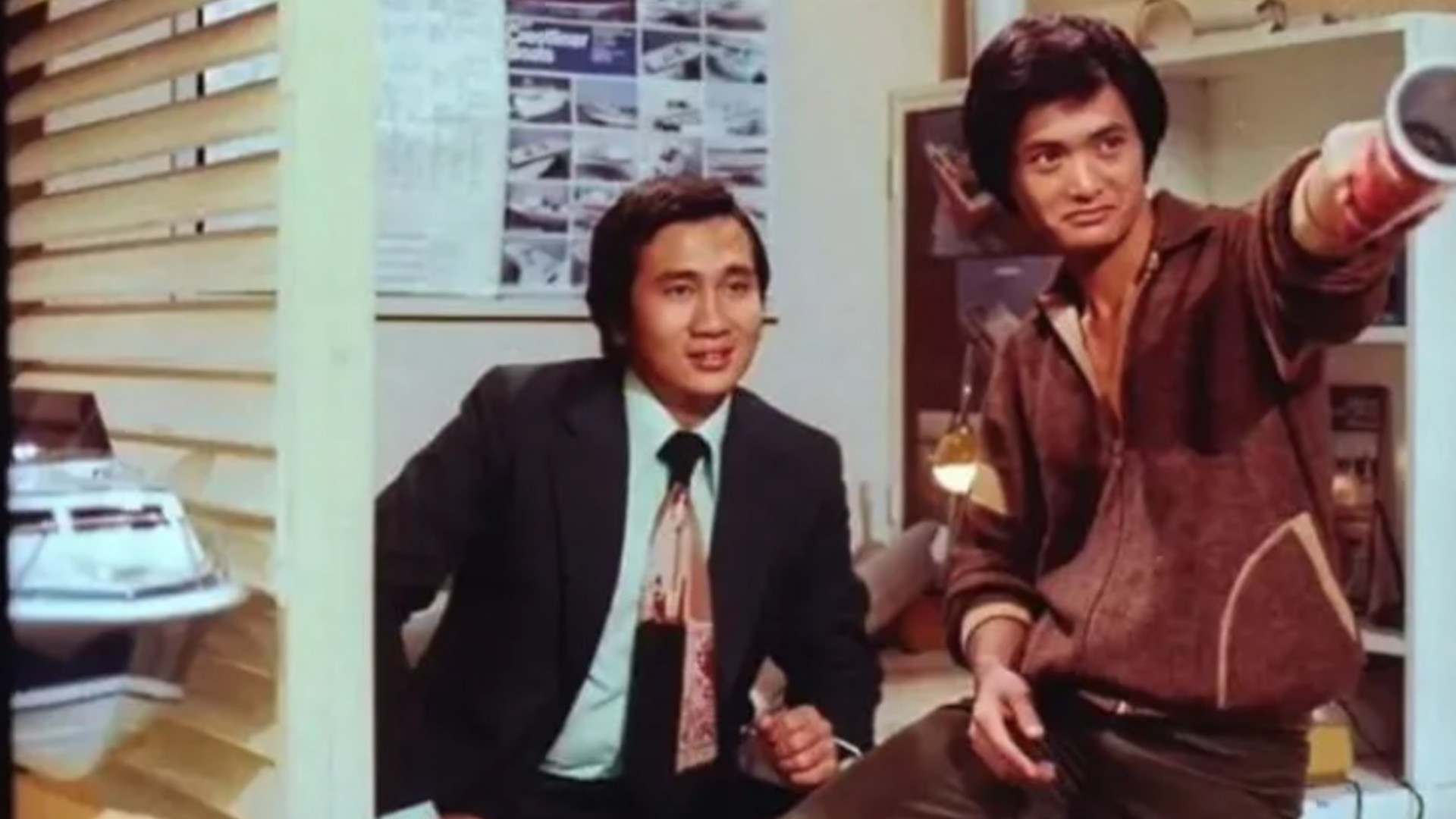 While we patiently await his return to our screens, here’s Kwok Fung with Chow Yun Fat back in the day