Yvonne Lim Back To Star In New Mediacorp Drama; Accepted The Role So She Can Catch The NDP

The actress even tried balloting for NDP tickets but didn’t manage to get any.

After more than three years, Yvonne Lim is returning to the small screen with a new Mediacorp drama.

The 45-year-old, who has been based in Taipei since 2015, is currently back in Singapore with her family, husband Alex Tien, 42, seven-year-old son AJ, and five-year-old daughter Alexa, and will begin work on the series next month. Her last drama was 2019’s While You Were Away.

While Yvonne declined to reveal details of the drama, she told 8days.sg that she decided to take on the role as the “timing was right”.

She also wanted to thank her fans and Mediacorp for “not forsaking [her]”.

“All along Mediacorp has been very sweet to me. Even though I was overseas, they didn’t pang seh me and would always ask me to come back to act. Many of my fans have also messaged me on Instagram telling me they hope to see me on screen soon. Now that AJ is having his summer school holidays, my family can be with me for half the filming period, so I decided to take on this role,” she reasoned.

Her family will be here till mid August, while Yvonne will remain for at least three months. 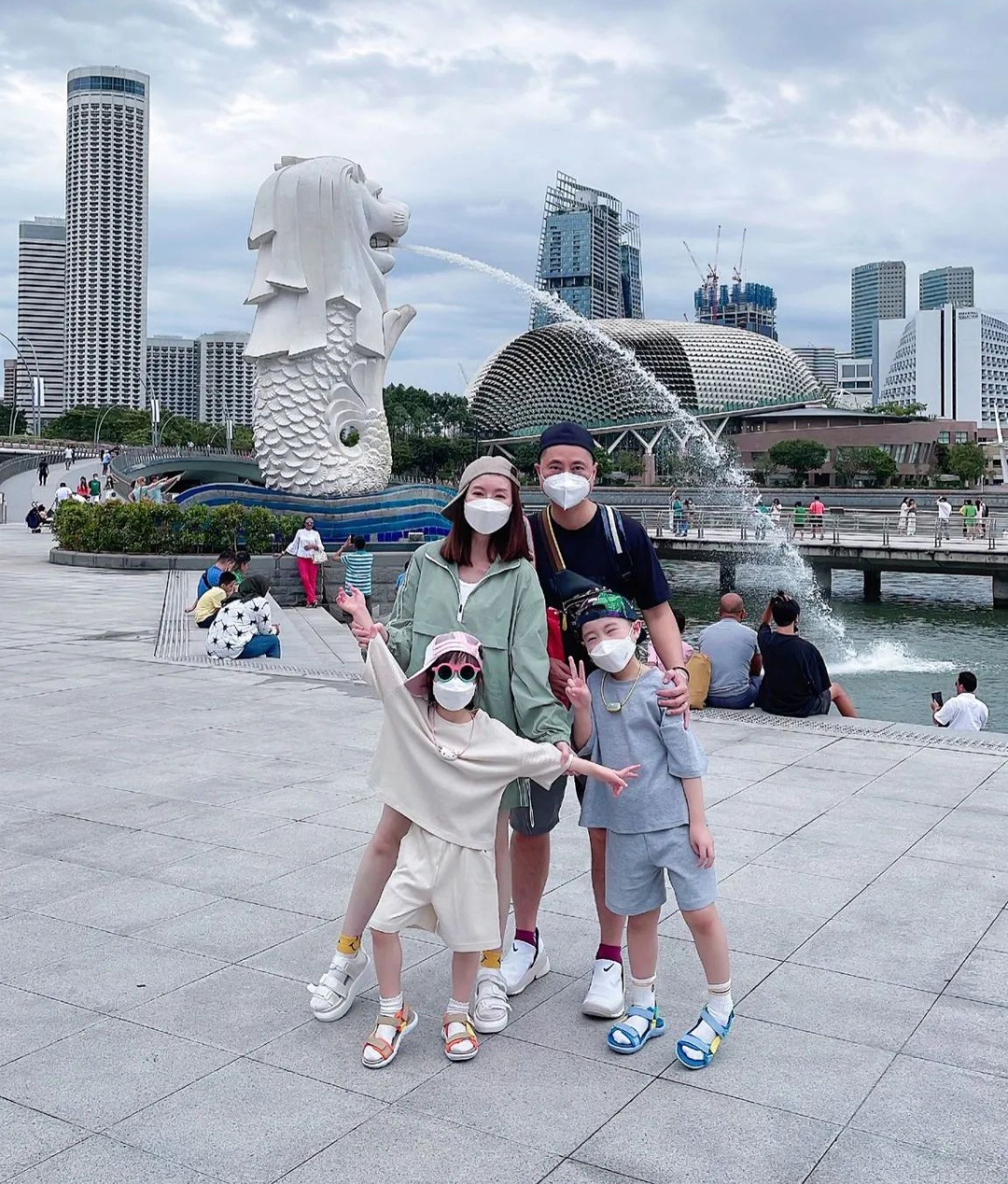 So excited to be back!

But the biggest pull factor, it seems, is so she can be in the thick of the National Day festivities.

You see, Yvonne really misses Singapore and feels particularly homesick when August comes around. She was back last August too, albeit after National Day.

“I tried balloting for NDP tickets but sadly did not get it. I want to let the kids experience watching the parade live instead of just catching it online, so I plan to take the family to a spot where we can soak in the atmosphere and catch the fireworks,” shared the patriotic actress excitedly.

In fact, Yvonne said her only condition for accepting the role is that she gets the day off on August 9 so she can catch the parade.

Would she have taken on the role if filming didn’t coincide with the National Day period?

“That's a very good question!" she laughed. "Hmmm I don’t know, perhaps I would have to [think harder about it].” 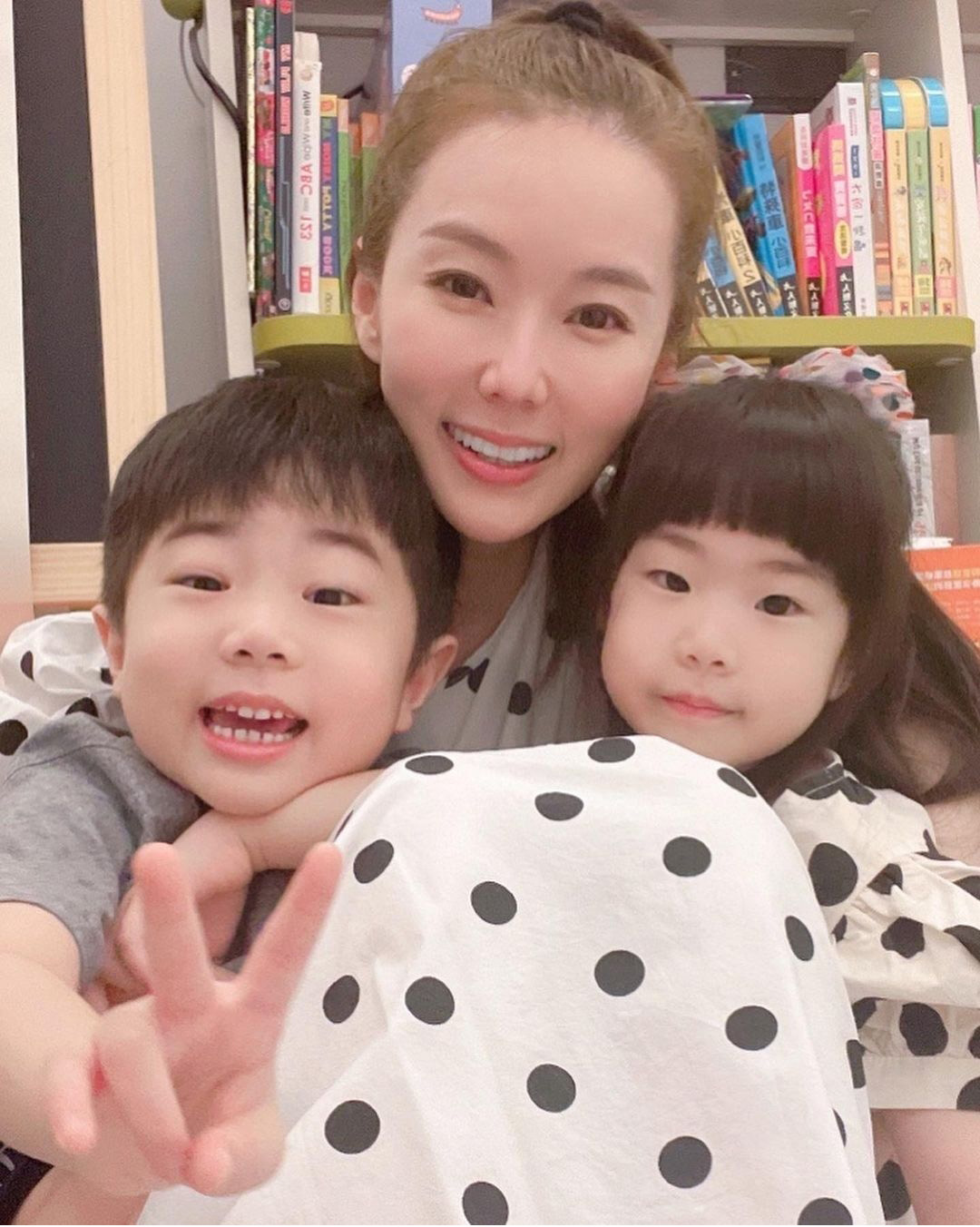 AJ and Alexa are looking forward to the NDP too

However, with Singapore experiencing a new Covid-19 wave, Yvonne admitted that she did have reservations about returning with her family.

“We didn’t expect that there would be a new wave in Singapore, but since the situation is equally bad [in Taiwan], we chose to be here ‘cos my friends and family are here and my kids love coming back to Singapore,” she said.

In case you're wondering, yes, Yvonne did make the family don protective gear on the flight though just "half [the suit] this time round".

“I was afraid people would think we are too kiasu, so in the end, we only wore half the gear, just the upper body with the face shield,” she chuckled.

What have you been up to since you returned?

We just arrived on Monday (Jul 4) and yesterday, we went to watch the new Jurassic Park movie in the cinema ‘cos AJ is a fan of dinosaurs. We had the whole hall to ourselves and AJ was so excited that he kept shouting out the names of the dinosaurs.

Besides catching the NDP, what other activities have you planned for your kids?

Apart from the usual trip to the Universal Studios Singapore, we do not have much plans for this trip. We just want to spend time together as a family and catch up with friends and family before I start filming. And of course, to indulge in all the local food. But I have to watch my diet ‘cos I am going to be on screen soon, so this is gonna be a test for me to see if I can resist all the kueh and hawker food.

You must be very disappointed that you didn’t manage to have one last taste of the kueh from bakery Tiong Bahru Galicier Pastry before it shut last month.

Yes! I love their kueh, especially the kueh dadar, so I am very sad that they are closed for good. Their asking price of $1 million to buy over their business is [quite reasonable] and I did consider it for a split second. But they probably have a long line of offers and they wouldn’t sell it to me ‘cos I won’t be around to take care of the business. I am very interested to learn how to make their kueh, though, so maybe the owners can consider taking me on as a disciple. I promise I will not open a shop to compete with the new owners.

You mentioned previously that you enrolled AJ in a primary school in Singapore. Are they still holding the spot for him?

Yes, in fact, he can attend school in Singapore for one or two weeks as part of the immersion programme so he can experience school life here. He’s quite excited about it but I am still considering whether to send him for it ‘cos of the increasing number of Covid-19 cases in Singapore.

I did tell him that the standard in Singapore is much higher than Taiwan so he must be prepared that he might not be able to understand in class. But I guess the immersion programme is for him to experience school and see whether he likes it here or not. It will also give us a gauge of whether he is on par with the students here or would need to put in a bit more work in preparing for school in Singapore.

You used to be worried about his standard of English. How is it now?

He attends an international school in Taipei and his English is considered very good in his school now, but I don’t know about here. I did teach my kids Singlish, like how to use leh, lor, lah ‘cos I think Singlish is part of our culture and what makes us Singaporean. (Laughs)

What about Alexa? Will you be enrolling her primary school here?

Definitely. I already joined my school’s alumni (Yvonne was previously from CHIJ St Theresa’s Convent). This time round I’m smarter so I planned early.

Rewatch While You Were Away on meWATCH or here: