Andrea De Cruz Had Cervical Cancer In 2017, Then Found Out She Has A Brain Aneurysm In 2019; Says Pierre Png Was Her Rock Through It All

The retired actress has faced a host of health problems in recent years but has stayed positive with the help of her husband.

Andrea De Cruz suffering from liver failure in 2002 is a story familiar to many Singaporeans. The actress needed a liver transplant after taking Slim 10 weight-loss pills and was in critical condition until her then-fiancé, Pierre Png heroically stepped in and donated part of his liver to her.

In the years since then, Andrea, 48, has been on immunosuppressants, which prevent her body from rejecting the new liver. Earlier this year, Pierre, also 48, revealed that Andrea showed signs of liver rejection and had to be put on steroids as well as take a larger dose of medication.

Sadly, that’s not the only battle with ill-health Andrea has had recently.

In a phone interview with 8days.sg, the chirpy and cheery Andrea doesn’t sound like someone who has had a rough couple of years.

During our conversation, she lets on that she was diagnosed with first stage cervical cancer in 2017, but thankfully, has since recovered.

Then in 2019, she lost the ability to use the left side of her face. “We then found out that I have a 3mm brain aneurysm which we have not done anything about,” she says.

“I was told that it has to grow to a certain length before they can do anything. So we have to let it grow and then they will coil it,” she said, adding that it is very important for her now to “watch her blood pressure and all”.

Given all the challenges she had to face, how does she stay so positive? The answer it seems is Pierre. 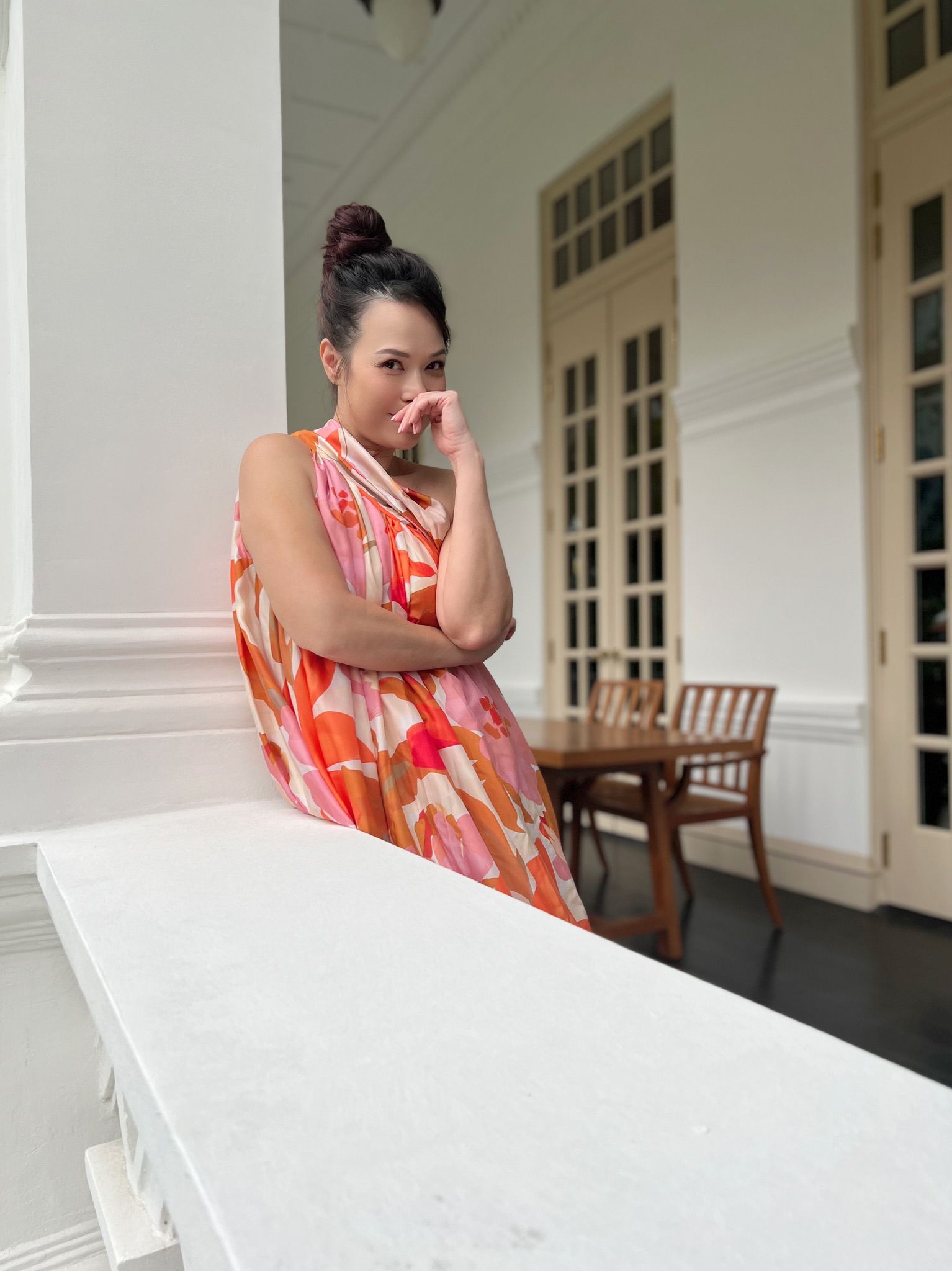 8DAYS.SG: Being immunocompromised, were you extra precautious during the pandemic?

ANDREA DE CRUZ: To be honest with you, I’m still sort of living in the whole pandemic situation where I avoided crowded spaces, especially mask-off areas.

I haven’t even been to my own restaurant (Tipsy Flamingo) since November last year. [Ed: Since her interview with 8days.sg, Andrea was at her restaurant for its first anniversary on Aug 16.]

But if I do go out to eat, I would choose alfresco dining spaces on weekdays like Monday and Tuesdays when I know there’s no crowd. I would say I’m still living with a little more caution than everyone else.

Are you used to it by now?

Um, I would say [I’m] not as fearful anymore as when it first hit us, because after all, I had my two initial jabs. Though unfortunately by now it probably has worn off already lah.

You had to get approval from your doctor before getting vaccinated right?

Yes. I actually held off my jabs until quite late. Actually, until Delta hit us.

When that happened, we had a discussion with my liver surgeon 'cos he’s been my primary caregiver since my transplant. He basically said “It’s time you take it, because Delta is hitting us fast and hard”.

And of course we didn't know what [the vaccine] would do to a transplanted patient, but we can’t say for sure that it was what sent my liver into rejection. 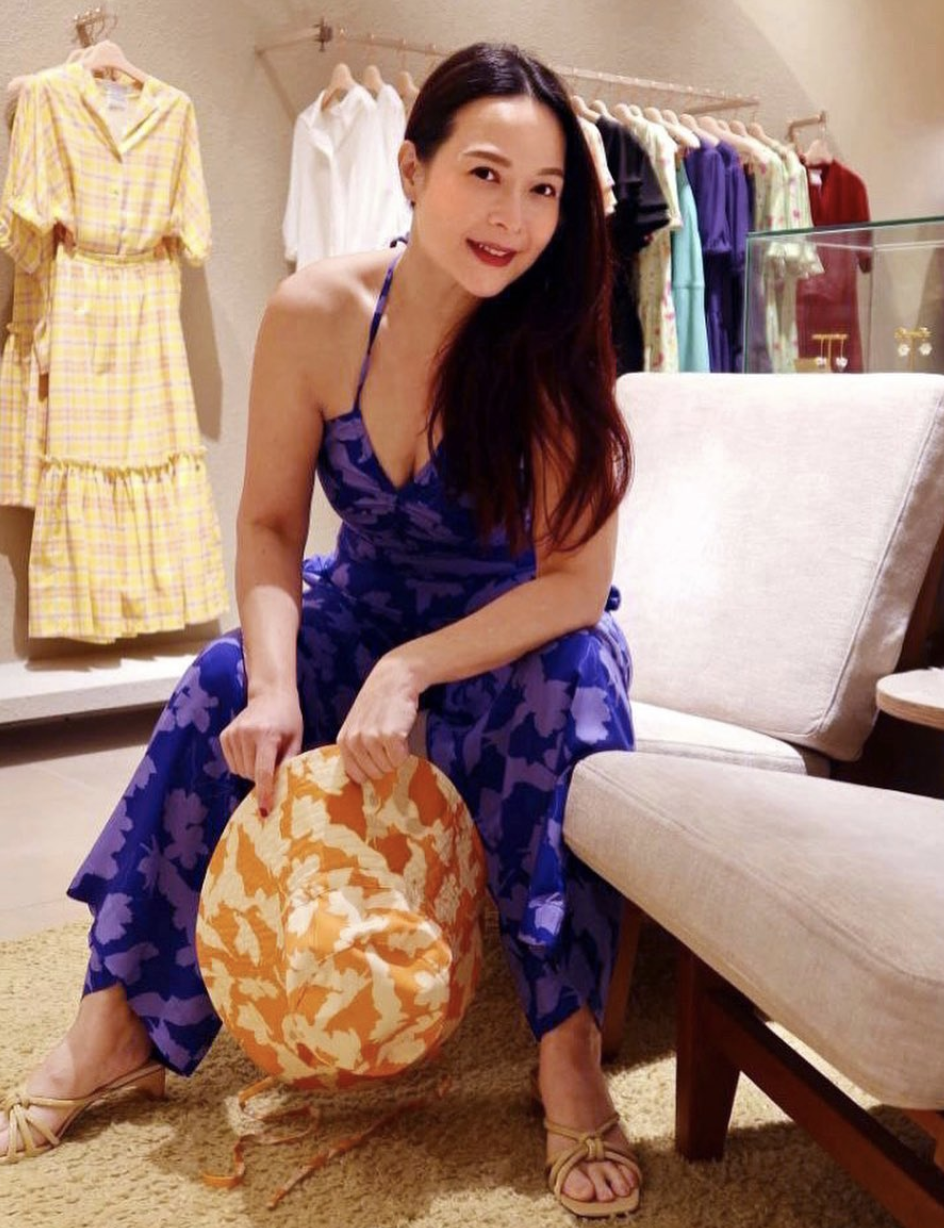 You mentioned that you found out about a brain aneurysm in 2019. How have you been coping with it?

I did an MR (Medical Resonance Imaging) in July. I have an upcoming CT angiogram to do as a second vessel outpouching was discovered and my neurosurgeon [wants] to investigate further.

Hmm... I try to eliminate stress as much as I can to keep my blood pressure from rising. I have not taken a plane since [the brain aneurysm] was discovered, but [I] hope to soon.

Also, it would be helpful to let others know that if they have consistent perpetual headaches that do not go away for days, even if they might have taken Panadol, to not ignore it and seek proper attention.

So what would happen if you were to take a plane now?

I don't know, but aneurysms have been known to burst 'cos of the pressure up there.

So wouldn't it be better for you to avoid travelling until the op?

Well, I don't think that's the way to life... It'd mean missing out on "living life" 'cos there is so much of the world to take in. Also, I won't know when the operation will take place. It depends on when and if the aneurysm grows larger, only then will the doctors go in and coil it.

So, for now it just means constantly monitoring it and never missing my check ups.

Where's the first place you wanna visit once you can travel?

Wow! So many! I love Japan and Paris but [I've] been many times, so... I would like to do a pilgrimage tour and visit the Holy Land (Israel)... next year! We're aiming for that for our 20th year wedding anniversary. 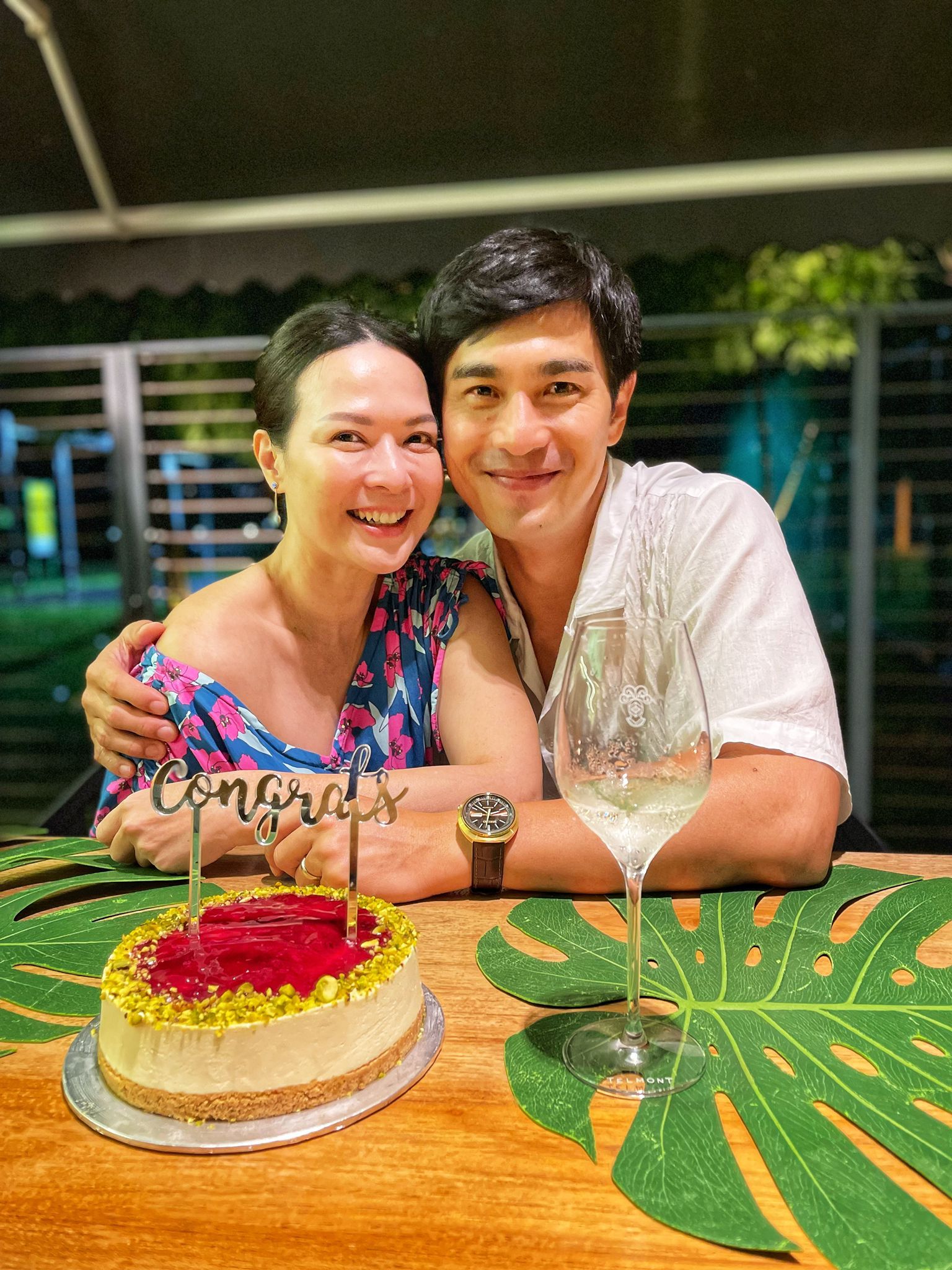 Andrea and Pierre on May 7 this year, which is also the 20th anniversary of the transplant

So how do you stay positive all the time?

Well, first and foremost I have a very calm husband (laughs). You know the whole roof can be blown off in a hurricane and he will be the person that you want to be with in those times.

He’s the calmest person, he’s my rock, he quells every situation and every fear that you have, and he reminds you that this is what life really is and it will continue to throw curveballs and knock you around but there will always be a better tomorrow. He always says that tomorrow will be a better day.

This is Pierre for you, and I think I've gone through so many bouts of ill health [and] he’s always been there every step of the way.

I also have a very good support system, not just only in Pierre, but our families on both sides, the people who I surround myself with, my friends, and I think… There's a lot of truth in this when I say the older and more mature you get, you just want to surround yourself with people who are positive, who bring spark into your life and give you positive energy, because there’s already so much to deal with in life.

Every other week there’s something, if it’s not your mum who has Covid, your mother-in-law may have fallen down, or your father-in-law [may have] stopped eating, so every week you have to deal with something.

Speaking of Pierre, do the two of you ever take the time to talk about the challenges you’ve had to face together these few years?

Yes, but [it’s not in a way that] these two-and-a-half years of Covid has bogged us down. We definitely got closer. The way we view religion got stronger and we set aside every Wednesday night to pray together.

Stuff like that, but not so much like “Ah it’s been so s***”. We found ourselves getting busier during the pandemic because we were delivering food to the less needy and those on wheelchairs and old folks. And people who are quarantining ‘cos of Covid and couldn't come out to get food. It’s been more of a positive than a negative.

You were actively looking for things to do?

Yes. If the pandemic didn't come around we would just be carrying on with our lives. I would do my business and Pierre would carry on acting. It kinda made the whole world stop and re-evaluate, really, what is important in your life. What is important at this point and time that we can do, and how we can make the world a better place. What can we do with the resources that we have? So I think there were more pros than cons actually (laughs).

[But those who are more negative about it] couldn’t help it as well. Maybe because they lost a family member or their business suffered. But two and a half years down the road, we are all bouncing back. Do you have any plans to return to showbiz?

(Laughs) No I am sort of retired from the world of acting since the transplant. I mean I’ve gotten a couple of callbacks, and directors who I've worked with in the past [have asked] me to come back.

But, um, I don't feel that the time is right and Pierre is always reminding me “Can you take the hours?”, “Do you have the energy?”.

Sometimes I feel like I do [have the energy], then I give it a little bit more thought. I factor in the fact that the mornings are as early as like — I mean I look at Pierre, sometimes he gets up at 5.45am to get to work by 7am and then he’s not done until midnight. Aiyah I think hard about it then i go hmm... I don’t think I can take the lifestyle anymore (laughs).

So if you were to receive an offer for something that really sparks your interest you would still consider it?

I think maybe it would have to be a role I always wanted to do. I love medical dramas, so if it was a role that maybe, I don't know, like neurology or something, then yah, that would pique my interest.

You really learn stuff from such roles, as opposed to the every day role. I would love that.

You can catch Pierre When Duty Calls 2 and medical drama Healing Heroes on meWATCH or watch it below.