The Cantonese eatery is closing due to the redevelopment of Odeon Towers.

Hip rooftop bar Loof isn’t the only beloved establishment affected by Odeon Towers’ upcoming major renovations. Old-school Cantonese diner, Asia Grand Restaurant, which boasts a loyal following, will be shutting its doors on February 15 after a 15-year run on the ground floor of the commercial building in City Hall.

The 350-seater (250 when socially distanced) restaurant is well-known for its hearty dim sum and roasted fare – in particular, its ongoing $48 whole peking duck deal, available for both lunch and dinner. This means that this will be your last chance to celebrate the Lunar New Year with Asia Grand Restaurant at its current premises. 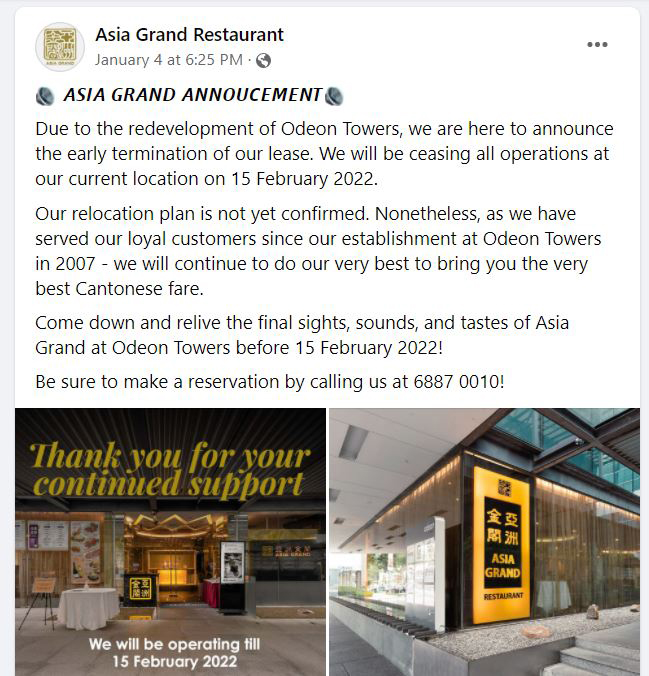 The restaurant thanked “loyal customers” for their “continued support” in a Facebook post on January 4. “Due to the redevelopment of Odeon Towers, we are here to announce the early termination of our lease,” it said. “Our relocation plan is not yet confirmed. Nonetheless, as we have served our loyal customers since our establishment at Odeon Towers in 2007 - we will continue to do our very best to bring you the very best Cantonese fare.” 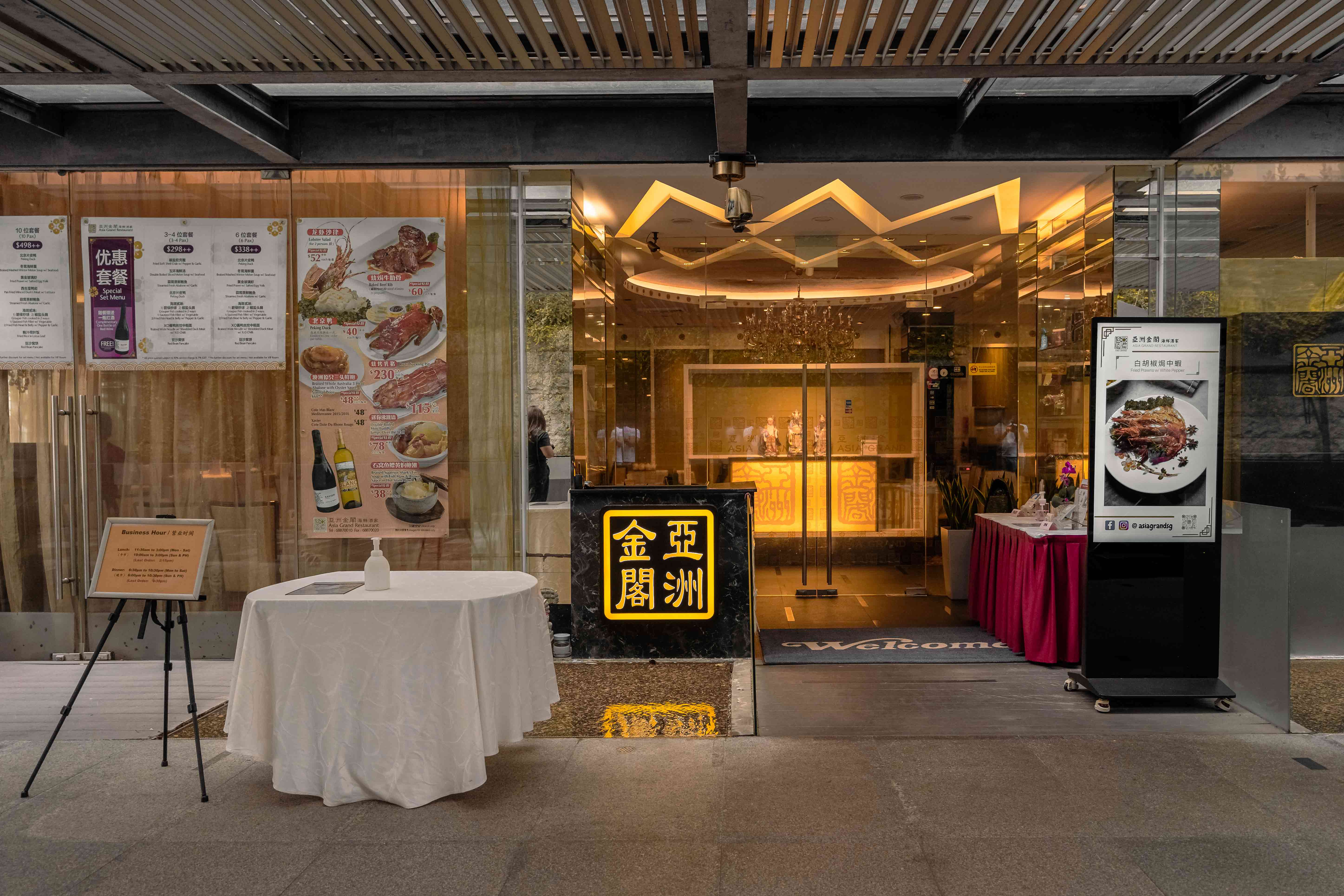 Speaking to a media rep for Asia Grand Restaurant, we’re told its history can be traced back to Hotel Asia on Scotts Road. Founding members Andy Chau, Jacky Ma and Danny Sin (all of whom are from Hong Kong and live in Singapore now) established a Singapore outpost of Hong Kong restaurant chain Tsui Hang Village there in the ’80s.

Tsui Hang Village Singapore lasted until 2004 when the three founders broke away from the HK chain and rebranded the eatery to Asia Grand Restaurant. 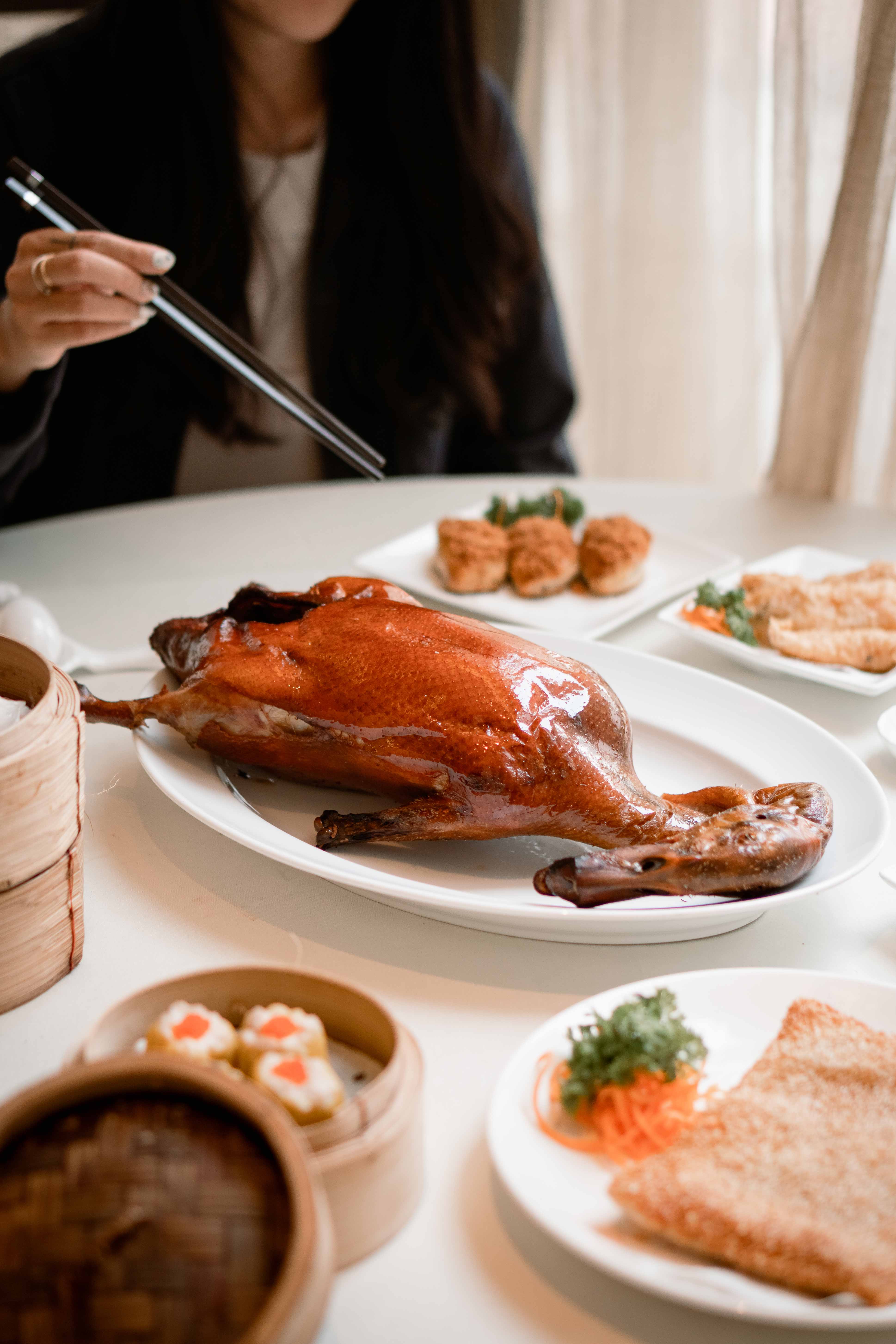 Finding a new location won’t be easy; may not reopen

“We have a lot of customers asking us about relocation. We want to thank them for their support – we are striving to find a new suitable location,” the media rep says. However, he also states that there is “nothing firm as of now”.

Key considerations include a space “equal or smaller” to their current 8000 sqft location with ample parking lots so that customers “won’t feel stressed” about visiting the restaurant. They would also like to find a location that is “still within the town area” in order to cater to their current clientele, which includes “multi-generational families and corporate clients''.

Essentially, they will only reopen if they are able to “do what [they] are doing now at a new location”. “If we do relocate, we do not want to compromise on the experience. We must be able to provide the same experience, with the same service standard, at a new location,” the media rep adds. “There’s also a chance we may not continue if we can’t find [a suitable new] space.”

If they choose not to reopen Asia Grand, the restaurant’s three founders, who work at the eatery daily and are now in their 60s, might choose to retire altogether, says the media rep. 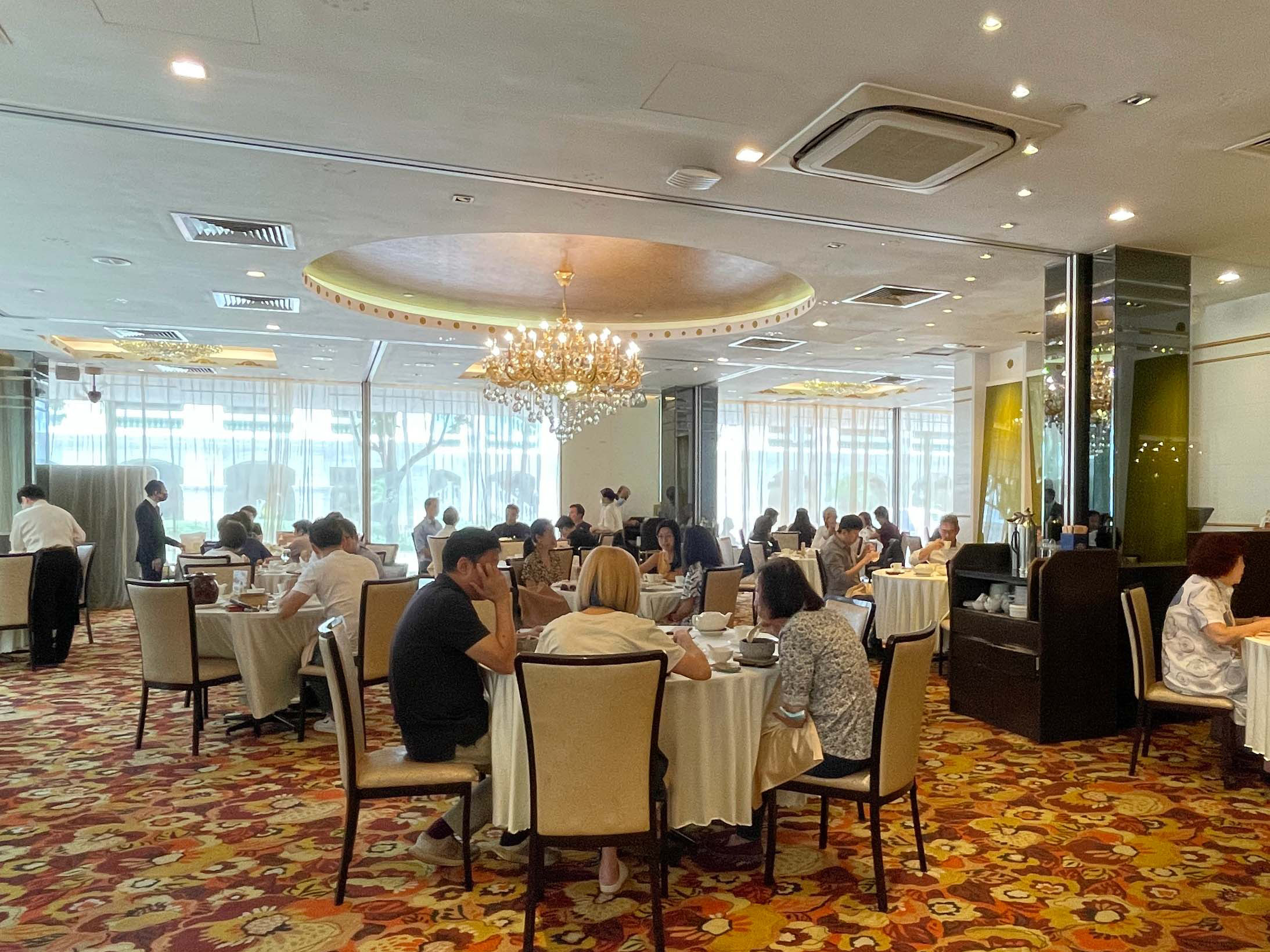 However, the impending closure will not affect Chinese New Year celebrations. There will be a festive CNY menu from January 17 (no $48 peking duck during this period, sadly) and the last day of dim sum service is on January 23. Note that the restaurant has ceased its online delivery services due to high demand, so only takeaway or dine-in will be available throughout the festive period.

The restaurant is fully booked out for both lunch and dinner from January 29 to 31 (Chinese New Year’s Eve). It will also be closed on February 1 and 2 (the first two days of Chinese New Year).

Be sure to call ahead to secure a table, or leave a Facebook message with your name and contact number should you be unable to get through. 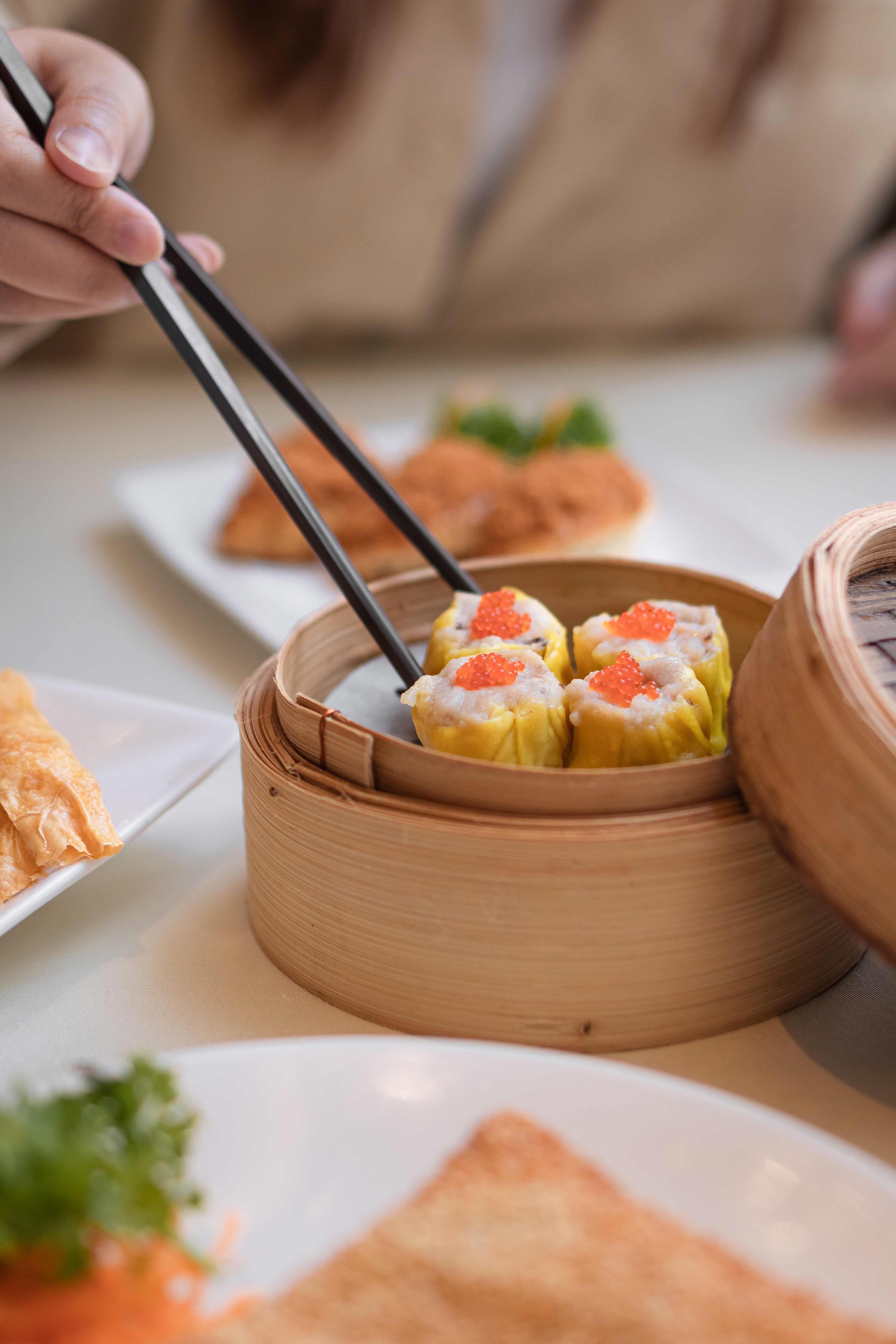