BHG Jurong Point Closing Down, Moving Out Sale Up To 80% Off

Another department store outlet is closing

Like Marks & Spencer, department store BHG is also closing an outlet — at Jurong Point — in 2021. 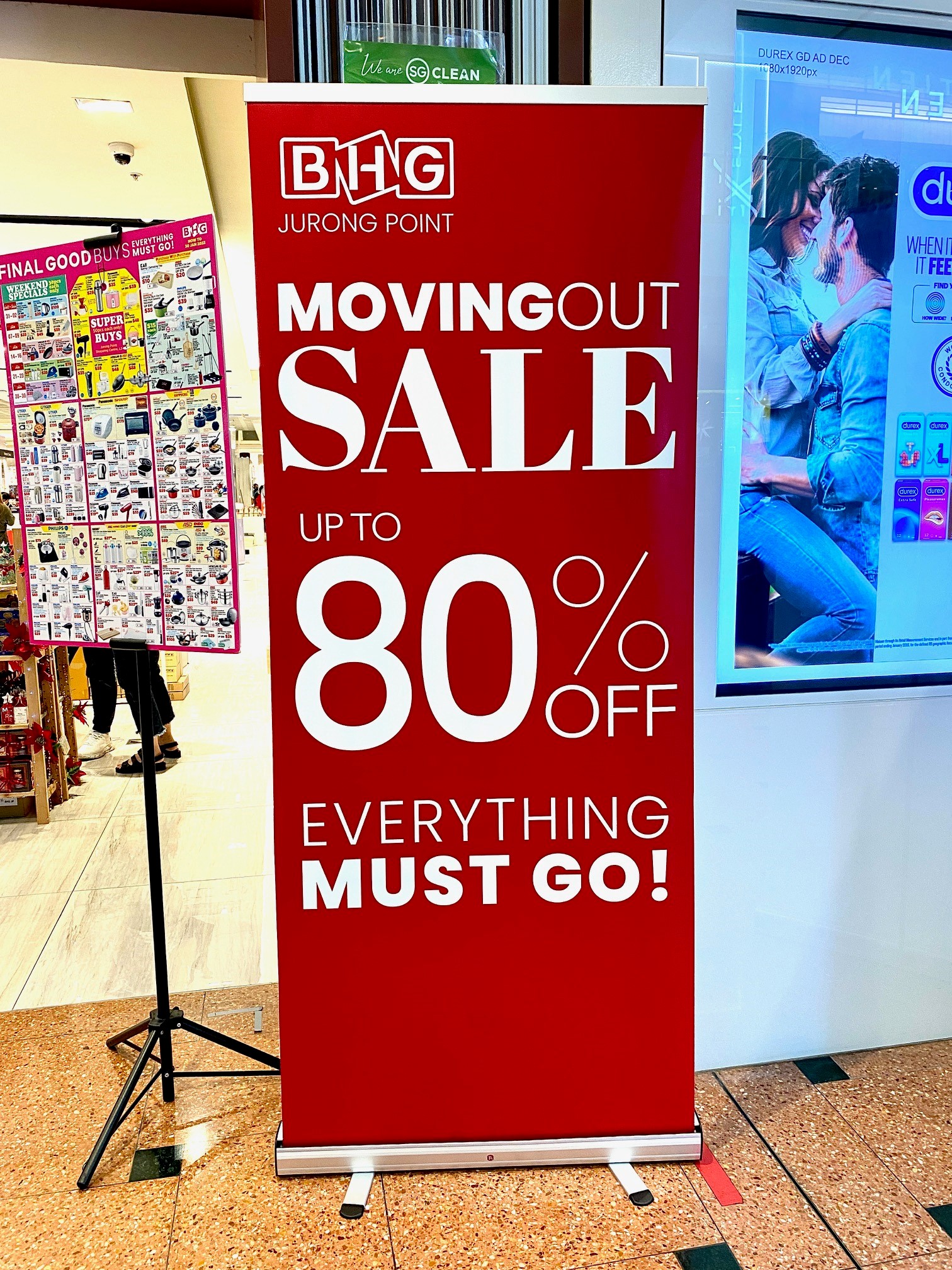 The three-storey store will be holding a moving out sale with up to 80 per cent off discounts for products ranging from bedding, kitchenware, foodstuff and cosmetics to clothing. Not terribly crowded… for now

During 8days.sg’s visit today (Dec 18), the Jurong Point outlet had a few bargain hunters picking through the merchandise, and there was no queue to get in. But do remember to practise safe distancing if you’re heading down.