The 51-year-old, who plays a netherworld policeman in new Mediacorp drama Soul Detective, tells us about his experiences with the supernatural and why he thinks it's important to believe in ghosts to act in a show about ghosts.

Oh, what we would give to have Bryan Wong tell us stories when we were kids.

Dressed in a handsome black pinstriped suit, Bryan, 51, had us riveted from the get-go, especially when he started describing in detail a spooky incident he experienced on set many years ago.

We could listen to Bryan talk all day... If only he didn’t have to rush off to attend another event. 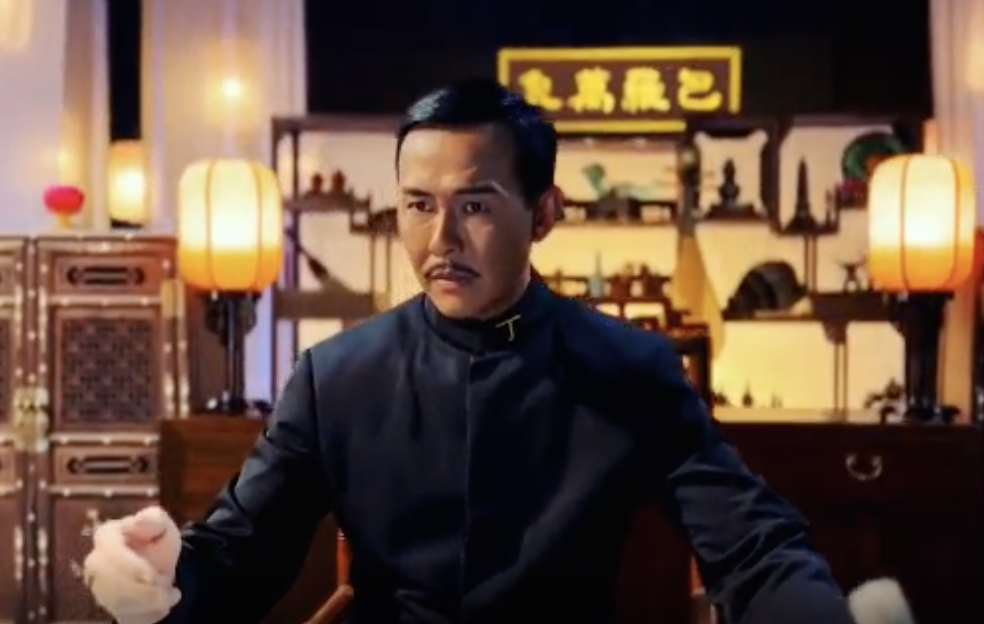 But first, here’s more on the role Bryan plays in the new drama.

If you have caught Soul Detective, which is now available on meWATCH, you would have been introduced to Bryan’s character, Netherworld Policeman D.

Soul Detective is the final part of a supernatural trilogy which includes Leave No Soul Behind and Soul Doctor, and takes place in the same world as both dramas.

Netherworld Policeman D’s job is to guard the evil spirits in the afterlife, having passed on from his time on earth and forgotten all his memories linked to it.

However, some evil spirits have managed to escape to the human realm, and Netherworld Policeman D is tasked to bring these spirits back to where they belong.

During his time on earth, Netherworld Policeman D realises that he is able to possess the body of human detective Peh Yeh (played by James Seah), and thus begins their journey of working together to carry out their respective missions. Bryan with his co-star, James Seah

8DAYS.SG: First things first, do you believe in a netherworld?

BRYAN WONG: Yes I do! Fortunately I do, if not it’s gonna be quite absurd right if [I] were to go on set, put on the uniform and do the lines [without believing in it].

I think there must be a certain conviction to play the role, and it comes with belief of course. I do believe there is another dimension. I believe that the do-gooders are gonna get somewhere nice, you know, like karma. Whether I believe in the 18 Levels of Hell… that’s a different story altogether. That’s not my generation. That's an old school folklore kind of thing.

When you appeared on Hear U Out, you spoke about how you heard your late father speaking to you. Was that your only experience with the supernatural?

That particular personal encounter really drove home the point for me that there is another dimension. But before that… I think after my father passed away, I began to look for a lot of signs for me to know that he is somewhere out there watching out for us. And I caught a lot of it so that further convinced me.

Other than this, I think because I subscribe to this belief, sometimes when I go to certain places, I can feel the hair on the back of my neck stand. Or there are some spaces that I enter and I just want to get out straight away. You know the vibes are just not right.

You can look at it as positive energy or negative energy, if we’re gonna be talking about things like that. So yeah, sometimes I'm quite sensitive to negative energy and I will recite some chants. I’m a Buddhist.

But we were very lucky when filming this drama 'cos it was during the Hungry Ghost Month. We didn’t get 'disturbed'. Every time before we filmed at some “dubious location” (chuckles), the necessary rites were performed. In some way, whether you believe it or not, that's some kind of reassurance? But of course you don’t do stuff that will offend [the spirits] lah.

Have you had any scary encounters on set in the past?

(Ponders for a moment) It was many, many years ago when I first started acting. I was with Ch 5 and we were doing Masters of the Sea. (Chuckles) I think we were in Studio 4 at the old Mediacorp campus on Caldecott Hill. There were rumours that Studio 4 was haunted. We had to shoot a scene where the set was done up to look like a funeral parlour, and they actually had a coffin [on set]. But it’s not like a modern day coffin, you know. It was one of those old school, wooden ones, the kind where you wait for the jiang shi (Chinese vampire) to jump out.

So we were filming quite late into the night, probably like 1am, and just when we were doing lines, we suddenly heard footsteps right above. (Motions to the roof of the studio we are at, where there are metal walkways and light fixtures)

The FM (floor manager) back then was so cool. FM said “Cut” and sort of yelled to the ceiling: “Please, give us some peace, we are trying to get our work done”. (Laughs) All of us [were rendered speechless], maybe because it was 1am and you don’t really register what’s happening. During the second take, the walking, banging sound started again and we had to take a 30-minute break.

Fortunately, they always supplied supper so we went out of the studio to eat and have coffee. We started [discussing] like “Eh, where did the sound come from” and “Eh, you know studio 4 is haunted”. And it sort of freaked everyone out. Filming wise that was probably the only time I encountered something really scary. But it was really fun though. (Laughs) Prior to playing a netherworld policeman, you starred as the villainous eunuch Sun Gong Gong in time-travelling period drama A Quest To Heal. Is there something that draws you to portraying characters that don’t exist in our modern world?

Very much so. The reason I enjoy acting is that I can step into someone else’s shoes and become somebody else. As a lot of actors would tell you, it’s so boring to play a good person, because you abide by all the moral rules and social etiquettes. [It’s great] to portray somebody bad, or somebody out of this world.

It was very enjoyable playing Sun Gong Gong, because if you look back, there are so many eunuchs out there in other dramas so you do a little bit of homework to create a gong gong that is not exactly the same as others.

And playing this role [in Soul Detective] was really fun because I’ve never played a detective before, not even a human detective!

I love to act in period dramas because I get to do things like get suspended from a wire for scenes.

(Excitedly) I like! I like to fly and soar over trees and everything. When I first got this role, I was like “Eh I get to do all the supernatural stuff!”. [I] get a hulu (Chinese gourd-shaped bottle) and I can capture a spirit, or I can materialise from nowhere, and then vanish, like “poof”.

I envy the actors who get to act in front of green screens, because you are doing things that you can’t do as a normal human being. That, for me, is very attractive.

And on the subject of spirits, at the end of the day, it all goes back to the same thing. It’s humanity. It's just a different way of telling stories of the good and bad of this world, and how everything is connected.

There wouldn’t be evil spirits if they are not mistreated during their time on Earth. So they die with regrets, they die with hate, and then in the other world all they can think of is coming back. Not because the want to enjoy the food, not because they miss life on earth, it’s because they want to come back and take revenge. It’s a vicious cycle.