A new photo of the 75-year-old martial arts legend has sparked concerns about her health.

Former TVB Actress and Miss Hongkong 1999 first runner-up Marsha Yuan, 44, recently took to IG to announce that she and her family have immigrated to the U.S. from Hongkong two weeks ago to start “a new chapter” of their lives.

Marsha and her Moroccan husband, Mehdi El Ajimi welcomed their son Matys last year. After Matys was born, the family made a trip to the U.S. to reunite with Marsha’s mum, wuxia screen legend, Cheng Pei Pei.

She was elated to meet her grandson, and from a pic Marsha posted, it could be seen that Pei Pei has aged quite a bit in recent times.

Many netizens expressed concern for Pei Pei's health after seeing her with a full head of white hair, her chest area stuffed with tissues and a purple waist supporter tied around her body.

The veteran actress, who is 75 this year, resides in the U.S. She is well known for her martial arts skills, which she displayed with such finesse and beauty in iconic films such as Come Drink With Me (1966) and Ang Lee’s Crouching Tiger, Hidden Dragon (2000).

According to the Chinese media, due to the many close combat scenes she shot in her youth, Pei Pei suffered many injuries which resulted in long term effects on her body.

As such, many speculated the reason behind Marsha’s big move was so she could take care of Pei Pei. 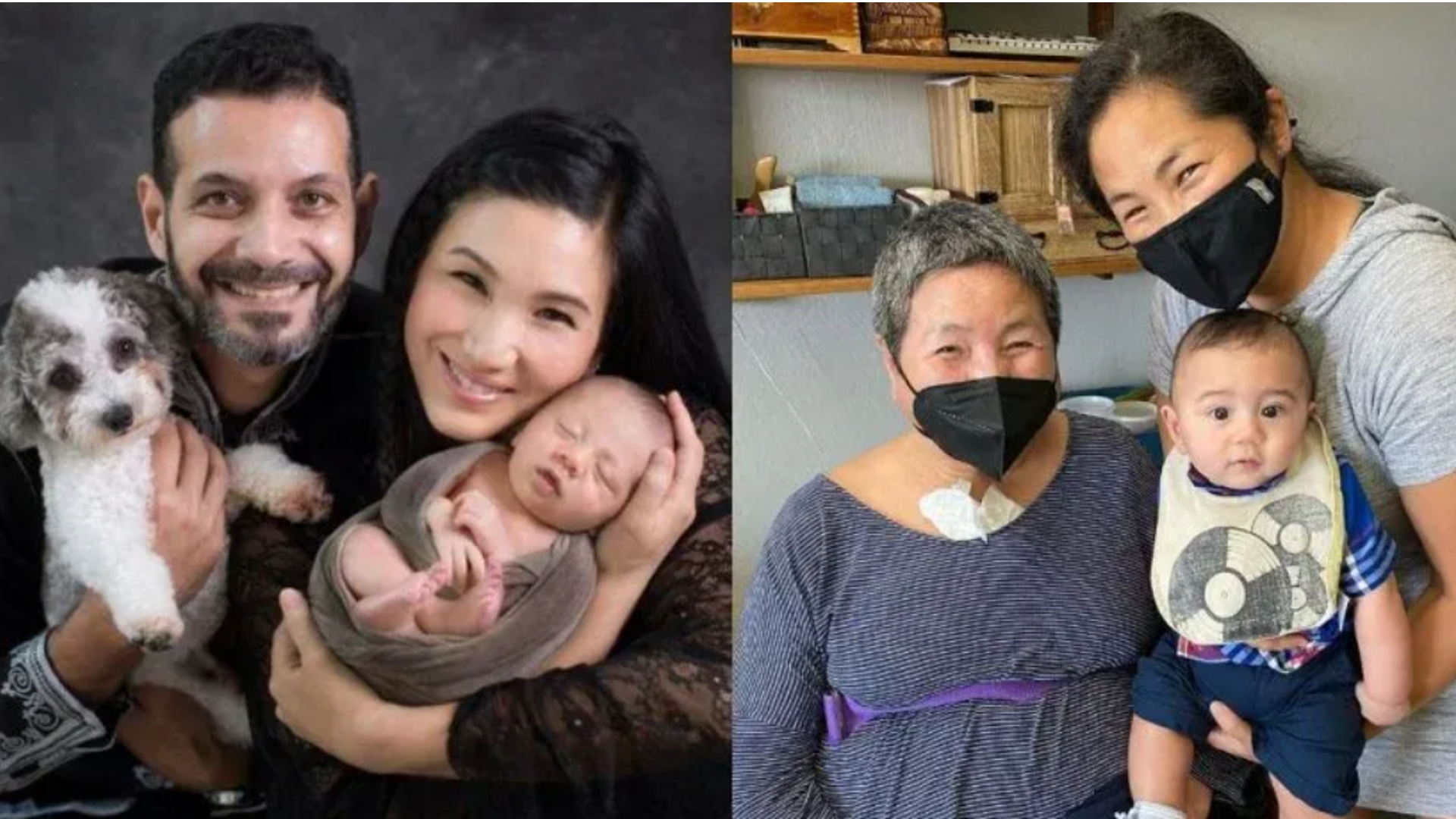 Marsha and her family

In her caption, Marsha wrote: “Hongkong has been my home for more than half of my life and I will always have a place in my heart for one of the best cities in the world. I will miss the people the most. I wasn’t able to say goodbye to everyone that I wanted to say goodbye to, but hopefully we will be back soon to visit or maybe you will come visit us in the U.S.”

Besides expressing her love for the country, Marsha also sent her well wishes to her friends who were still living in Hongkong.