The outspoken transgender host was also slammed for the bold claim that CCTV was pro-Ukraine.

Jin Xing, 54, one of China’s most popular TV hosts, sparked controversy for openly expressing her support for Ukraine.

Mainland artistes have by and large refrained from commenting on the Russia-Ukraine conflict. Not Jin Xing.

On Mar 1, the outspoken host, who is transgender and married to a German, took to Weibo to slam Russia’s invasion of Ukraine.

In her post, she alluded that President Vladimir Putin is a “lunatic” and appealed to everyone to “stop the war and pray for peace”.

Jin Xing also attached a screenshot of a female CCTV anchor in a yellow shirt and blue blazer, pointing out that she was supporting Ukraine as she’s in “Ukrainian flag colours”.

"Judging from the colours of Miss CCTV’s clothes, she supports Ukraine. Stop the war and pray for peace," wrote Jin Xing. 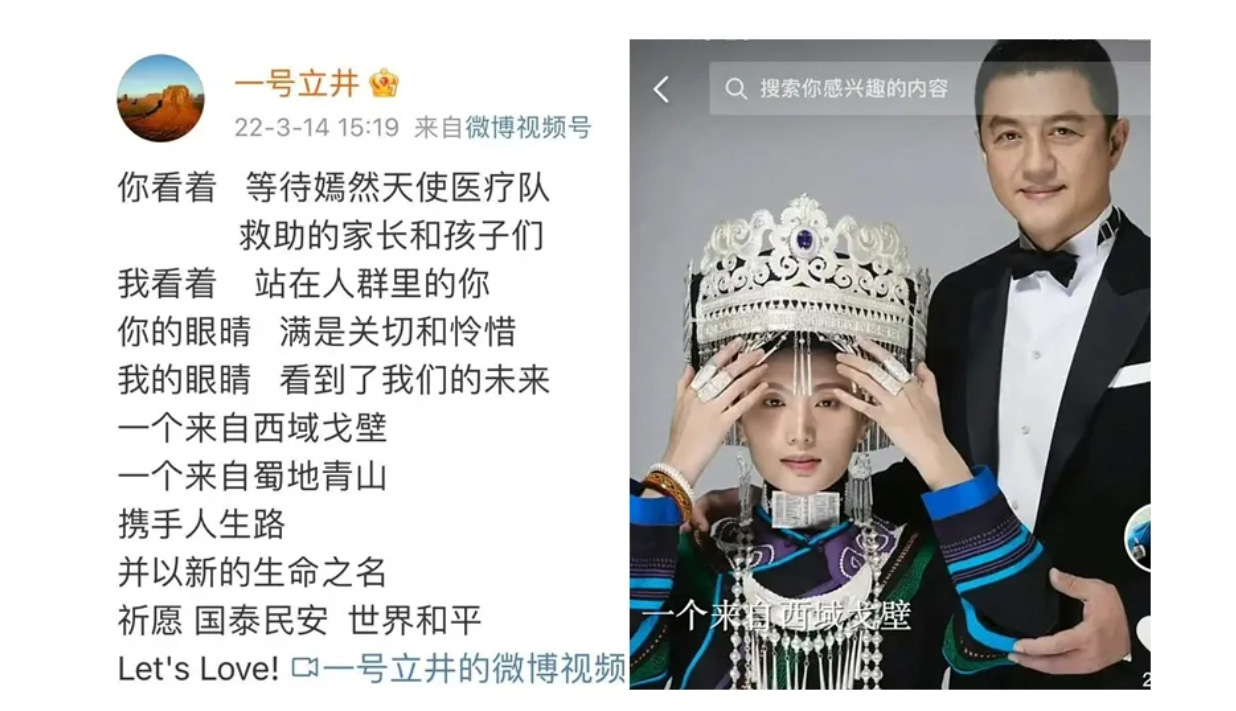 The post sparked heated comments among netizens, with many slamming her for associating the female anchor’s sartorial choices with support for Ukraine.

"Jin Xing, are you crazy? Who told you that is CCTV’s stance [on the conflict]?", wrote one netizen, while another said: "If wearing yellow and blue clothes means support for Ukraine, then does the fact that you married a German mean you support the Nazis?”

Some netizens also questioned if Jin Xing had edited the image after a search for the original pic showed the female anchor in a greenish suit.

CCTV later responded to Jin Xing’s post, saying that the female anchor was indeed in a green jacket and yellow shirt, and not Ukrainian flag colours of blue and yellow. The broadcaster emphasised that it is "guided by party spirit, supports culture, and expresses objectivity". 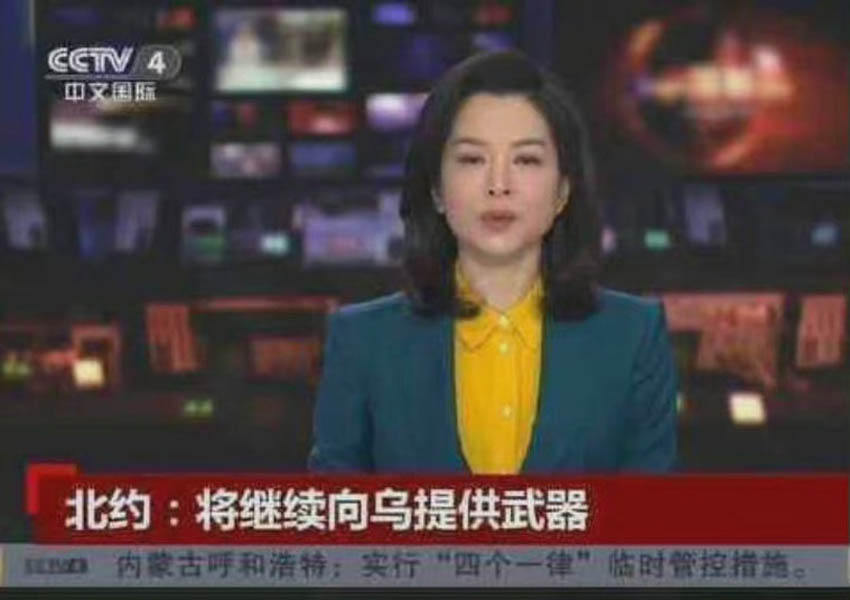 This was what the news anchor was actually wearing

Jin Xing’s Weibo post has since been deleted, though she denied removing it herself.

“I didn’t delete the Weibo [post], it was blocked by the system,” she said.

She also lashed out at netizens, calling them to “verify [their] real name on Weibo” before criticising her.

According to reports, Jin Xing was later banned on Weibo for "violating relevant laws and regulations".

Jin Xing is no stranger to controversy. Earlier this year, she accused Jiangsu TV of discrimination after they left her out of a variety show poster.