Her manager, who was dining with her, did not fall ill, though.

Former Japanese girl group AKB48 member Tomomi Itano, 30, recently made an emergency visit to the hospital after suffering from severe abdominal pains which lasted two days, according to a YouTube video she posted.

The singer was initially diagnosed to have a stomach ulcer and was sent home by the doctor with medication, which did nothing to relief her pain.

Tomomi was in so much pain that she was unable to sleep, and thus decided to return to the hospital. Besides complaining of chest pains, she also told her doctor that she had eaten sashimi the day before her symptoms started, which led them to believe that it was not a stomach ulcer after all.

The doctor arranged for Tomomi to undergo a gastroscopy check, only to find out after a scan that her stomach was infested by anisakis, a parasite that's found in infected raw or undercooked fish.

After going through the scan and removal procedure, Tomomi could be seen lying on the hospital bed, looking weak and tired. "It's terrifying, [I could] really see the parasite, and when they were being removed, it was so painful that I immediately started tearing!" she said. 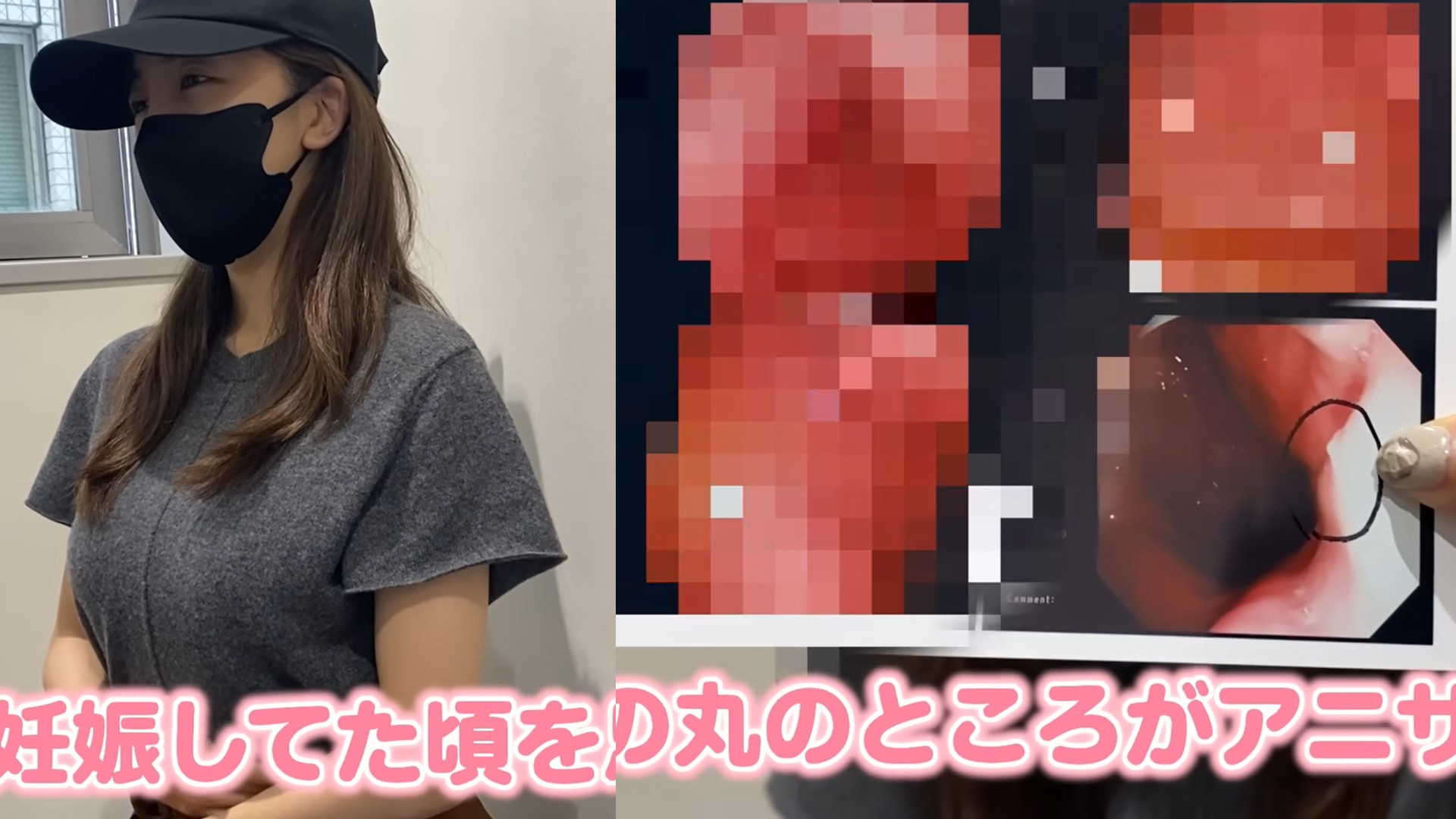 According to Tomomi, removing the tiny parasite was a really, really painful process

"It's more painful than childbirth," said the mother-of-one, who is married to baseball player Keiji Takashi and had just given birth to their daughter in October.

After the parasite was removed, Tomomi still felt pains in her stomach. Although she was administered anesthesia for the procedure, the singer said that she was still extremely lucid during the process because of the shocking pains that she felt.

While recuperating from the procedure, Tomomi shared a picture from her earlier scan, which showed a clear white spot on the wall of her stomach.

She claims that "it's because [she] ate squid and cuttlefish sashimi". "But my manager, who was eating with me is fine," she said. Tomomi's doctor also told her that other types of sashimi, including the popular salmon, could also contain such parasites.

As a result, Tomomi was advised to refrain from eating sushi for the time being. She also advised her fans to "be careful when eating sashimi".

You can watch Tomomi's YouTube video below. (Note that the vid is only available in Japanese.)