Now, most of us would be familiar with the feeling of our stomachs burning after overestimating our chilli-eating capabilities.

That’s exactly what happened to former Mediacorp actress Tong Bingyu, 38, who had a harrowing experience... with a bowl of “the world spiciest pan mee” three days ago (June 8).

Unlike most people, however, the actress had a lot to say about what happened, which she described in great detail, on her Facebook.

Here’s how it all started:

According to Bingyu, she had a long day at work and was craving for something with “strong flavours” after not having eaten the whole day, which was how she ended up at a Chilli Pan Mee restaurant.

She confessed that she had ordered the super spicy bowl of noodles, which was touted as “the world spiciest pan mee” by accident, because she might’ve been “too hungry to think straight”.

She added, however, that she is someone who is able to tolerate spicy food very well.

“After taking the first bite, my tears and mucus immediately started flowing, but I was hungry and stubborn, so I still insisted on eating a few mouthfuls. I even resorted to washing my noodles in the soup that came with it,” she wrote.

After finishing her meal, Bingyu tried to soothe the spice with a cup of hot tea… but we’re sure you can guess what happened next. 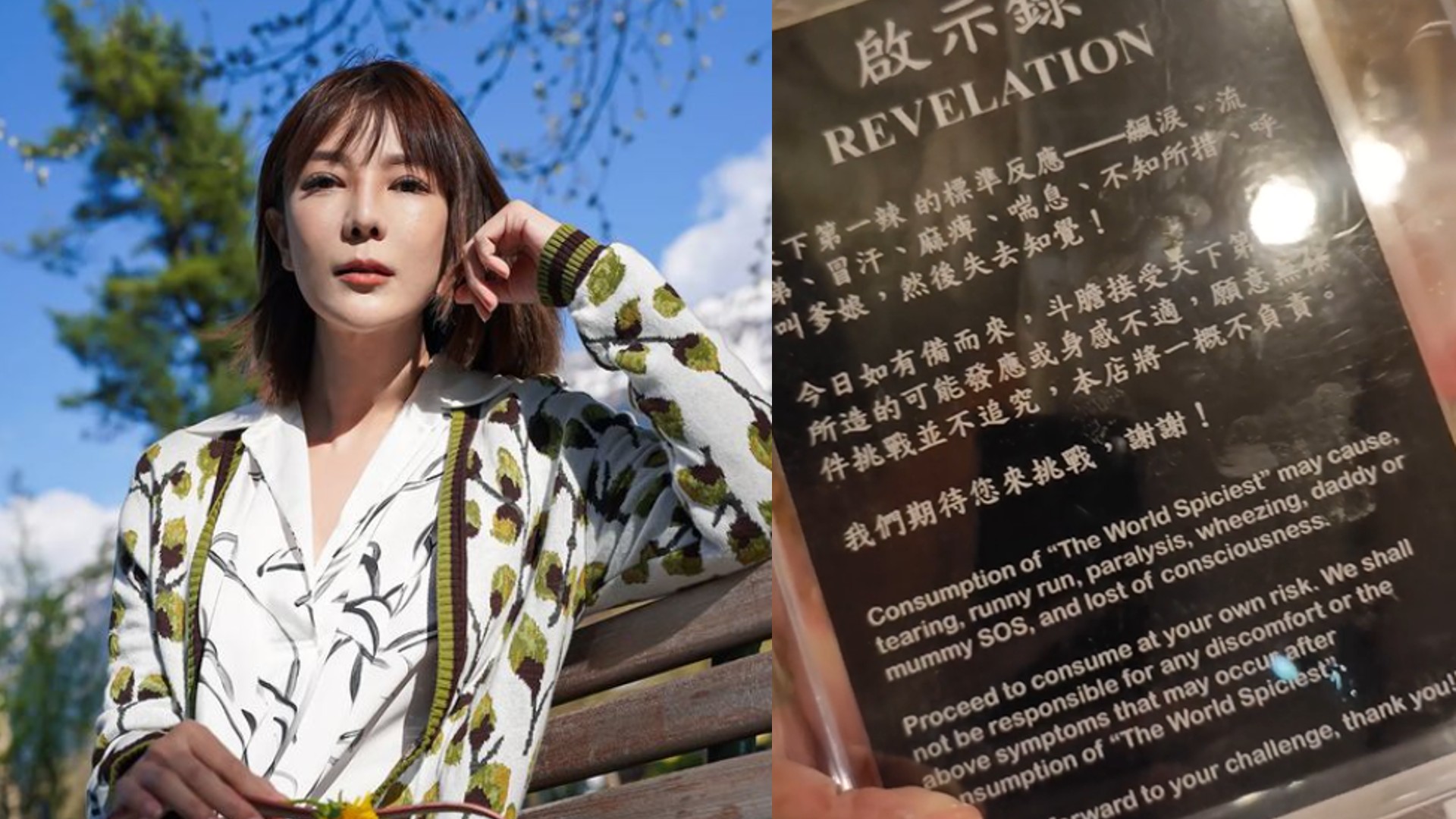 She really was given fair warning

Bingyu recounted how her heart started beating very fast. That was followed by the onset of cold sweats and heartburn.

Hit by the unholy trinity of eating something that's too spicy, Bingyu kept drinking water to calm herself down. She also made sure to check if her blood pressure was too high or if she was feeling dizzy.

About two hours later, Bingyu began to feel better. However, that was when she started getting diarrhea, you know, the, um, spicy kind.

In the end, her plans to prep for work the next day were ruined, and she was left feeling awful.

“I’m writing to share this harrowing experience with everyone… Please only do things within your means. I admit that I brought this upon myself… all the good food I’ve eaten today have already been passed out,” Bingyu continued.

She did also include a disclaimer saying that she wasn’t trying to blame the restaurant 'cos she was warned after all.

She then ended her post with this melodramatic line: “For a moment, I really thought I was going to suffer some serious internal bodily damage, or have my blood pressure shoot through the roof. [I thought] I was not going to survive this,” she wrote. She also added three crying emojis for effect.

Many of Bingyu’s fans have since recommended her products and medicine to help soothe her tummy problems.

Some have also asked her for the location of the pan mee stall, maybe to test their limits or maybe to see if it's really all that spicy.