No, this is not a virtual concert. Jay himself will be performing live in Singapore.

Are we back to the days of pre-COVID? It sure seems like it.

It was announced today (Apr 13) that Mandopop star Jay Chou, 43, will be returning to Singapore with his Carnival World Tour. And no, this is not a virtual concert. Jay himself will be performing live in Singapore.

The last time Jay was in Singapore for a concert was in January 2020, where he performed to a sold-out crowd at the National Stadium for two nights.

According to a press release by G.H.Y Culture & Media Holding Co., the concert will be another two-night affair at the National Stadium, taking place on December 17 & 18. 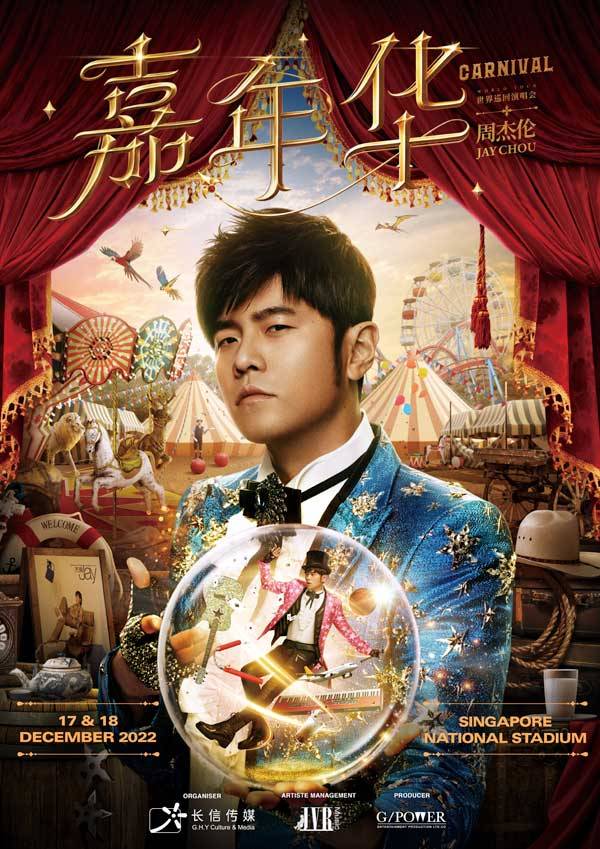 A closer look at the concert poster

“Fans can expect a visually energising representation of his much-loved songs,” the press released promised.

The spokesperson for G.H.Y also added: "We look forward to reuniting fans with a phenomenal live concert experience and celebrating Jay Chou’s music together.”

Ticketing details for the concert will be announced at a later date. So for now, get ready to practise your online ticketing skills, and make sure to have Jay’s songs on repeat while you’re at it.