No One Wants To Eat Next To A Trash Bin: TVB Host Bob Lam Speaks Up For Delivery Driver Who Was Shamed For Eating In Public Space

Bob also told the delivery driver that he would get him another job if he gets fired as a result.

Many Hongkongers are going through a tough time as the city battles its worst COVID-19 outbreak. Among them are delivery workers, who came under the spotlight recently after a netizen shamed a driver for eating in a public space.

In the photo shared by the netizen, the driver can be seen sitting on a flight of stairs below a block of flats eating his packed lunch. The driver used his delivery bag and trolley as a makeshift table and was eating beside a row of recycling bins.

The netizen criticised the driver for ignoring hygiene rules by removing his mask and eating in a public space, and said that he has filed a complaint to the management of the property and security company. 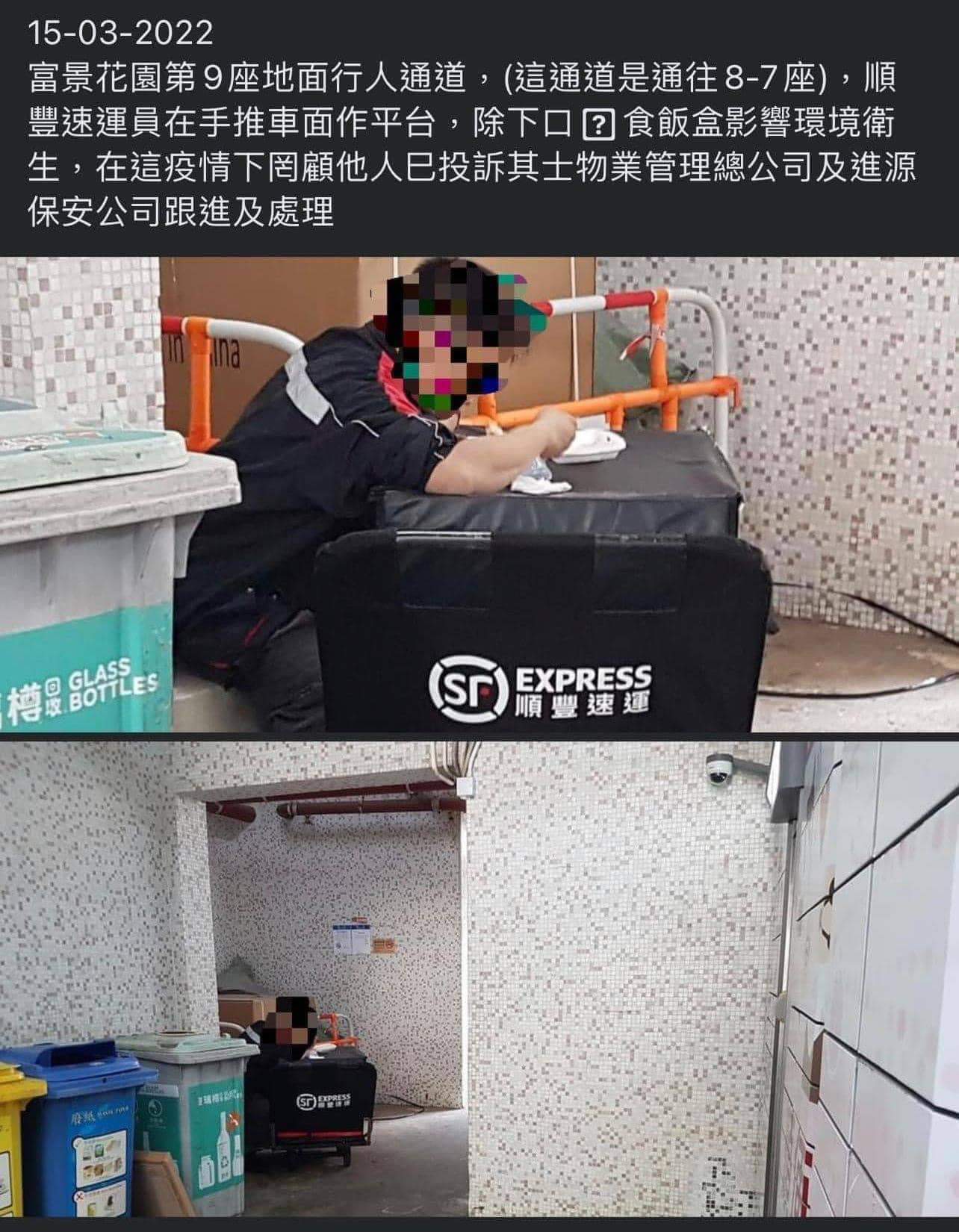 Everyone should be more tolerant during these tough times

The post caught the attention of TVB host Bob Lam, who took to Facebook to chastise the netizen for his lack of empathy and tolerance.

"There are many things in this world that are not 100 per cent right or wrong, but there is one thing, which is the most basic, and that is tolerance. This period has been very trying for those in the logistics sector. Due to manpower shortage, one person often has to do the work of three people. When there are tens of thousands of [COVID-19] cases a day, they are still out there working hard. I really respect all delivery workers," he said.

He also spoke up for the delivery driver.

“If he could enjoy his meal at a restaurant, do you think he would choose to sit beside a trash bin to eat his lunch? He is already sitting at a corner out of everyone’s way. He just wants to grab a quick bite before resuming with deliveries, and there you go and take his photo, post it on the Internet, and you still want to file a complaint. Actually, I can’t say that you are wrong, you have your reasons [for posting about this], it's just that the whole matter is very unsympathetic and unkind."

Bob added that should the delivery driver get punished or fired, feel free to contact him, and he will immediately get him another job.

In an interview with Ming Pao, the host said that he was not angry at the netizen, just a little sad, and hopes the driver will not get in trouble.

“This is basic sympathy and empathy, but it turns out that some people don't have it,” he said.

Netizens and celeb pals like Tavia Yeung and Natalie Tong heaped praise on the host in the comments.

"Yes, everyone has to eat! Everyone needs to be a bit more tolerant at times like this,” said Jinny Ng, while Benjamin Yuen said: "It's hard to tell who is right and who is wrong from the photo, but sometimes if everyone can put themselves in the shoes of others, there will be less [conflict], and a lot of harmony."

Singer Keung To, who is a member of boyband Mirror, also shared the pic of the delivery driver with the caption: "More respect, more tolerance, and more understanding."

Bob’s post also sparked heated discussions online, with many criticising the netizen for not being understanding.

They also left messages on the logistics firm’s social media account, urging it not take action against the driver.

"You don't have to worry. We have consoled our colleague and we will not punish him,” the company wrote.

“Everyone is going through a difficult time, we need to be more understanding and tolerant. I hope the pandemic will be over soon.”