From Fiona Xie and Kimberly Wang's party-ready get-ups, to Jacelyn Tay and Tong Bing Yu's beach babe looks, here are the OOTDs that caught our eye this week. 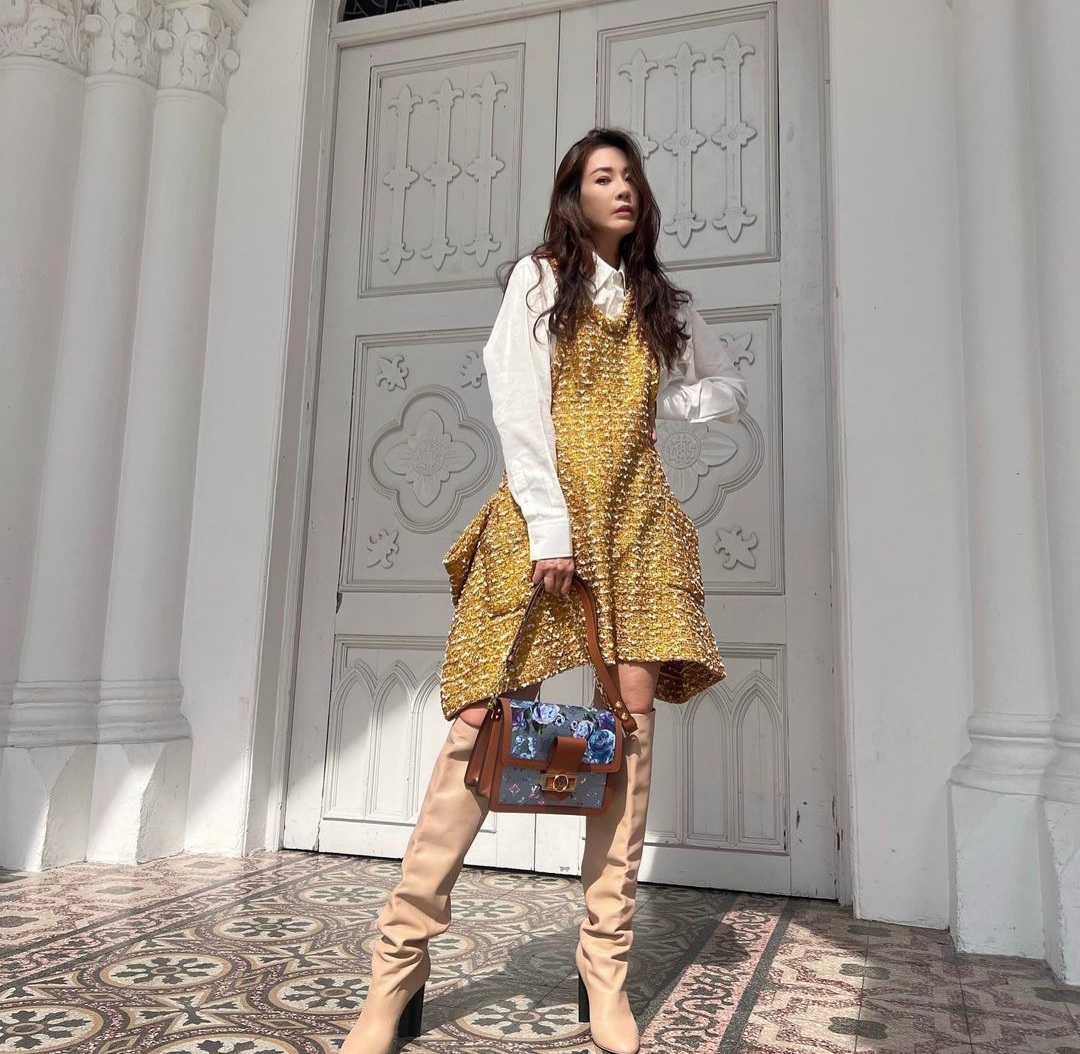 Jesseca gave us a masterclass on how to style a crisp white shirt, teaming it with a Louis Vuitton voluminous jacquard frock and high knee boots for an oplulent yet chic look. Stunning. 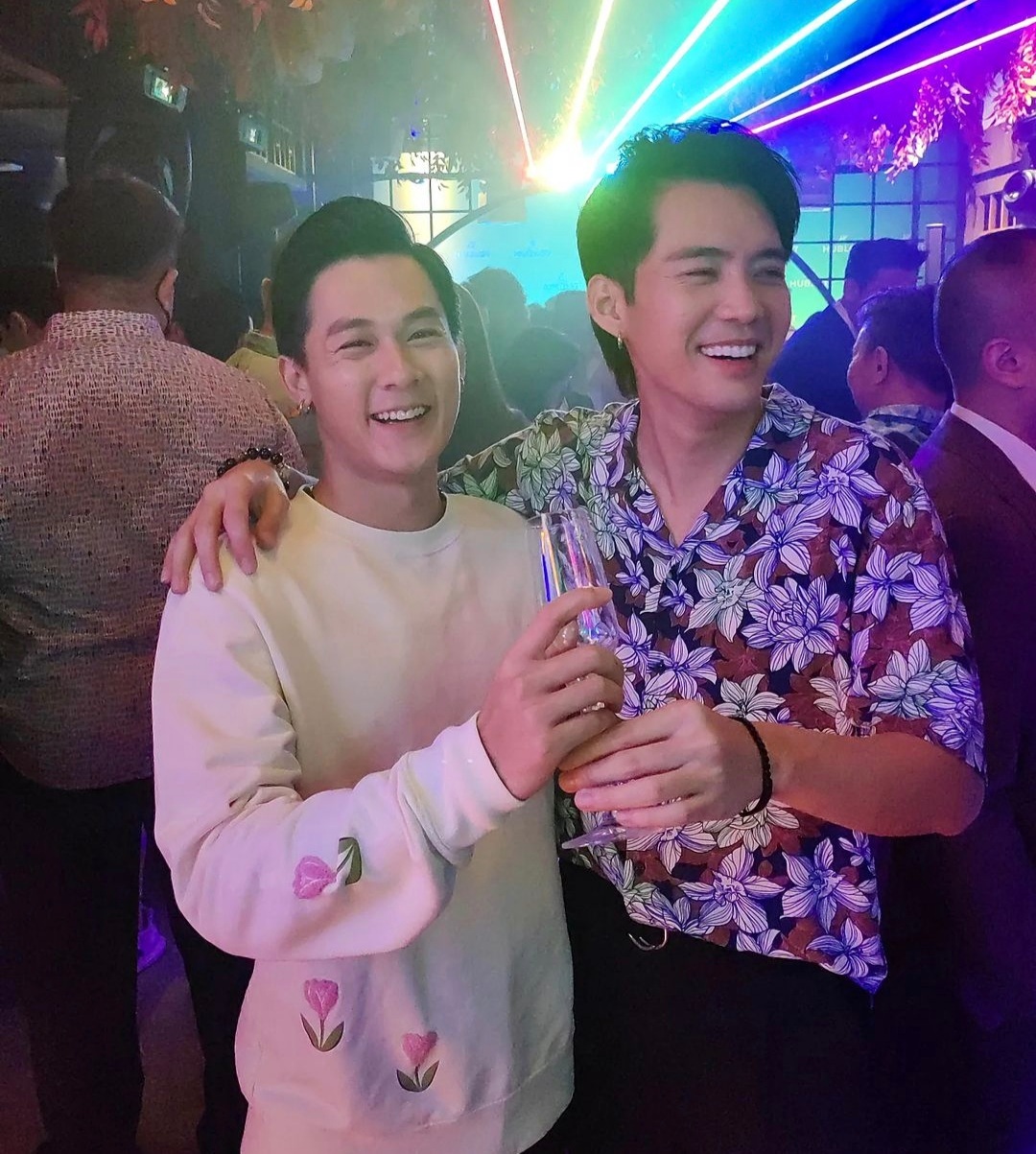 Was it a coincidence that the Your World In Mine stars, whose characters share a special bond in the drama, showed up at the Hublot event in floral tops? While Desmond went bright and bold, Richie opted for a more minimalist look with an embellished sweater. 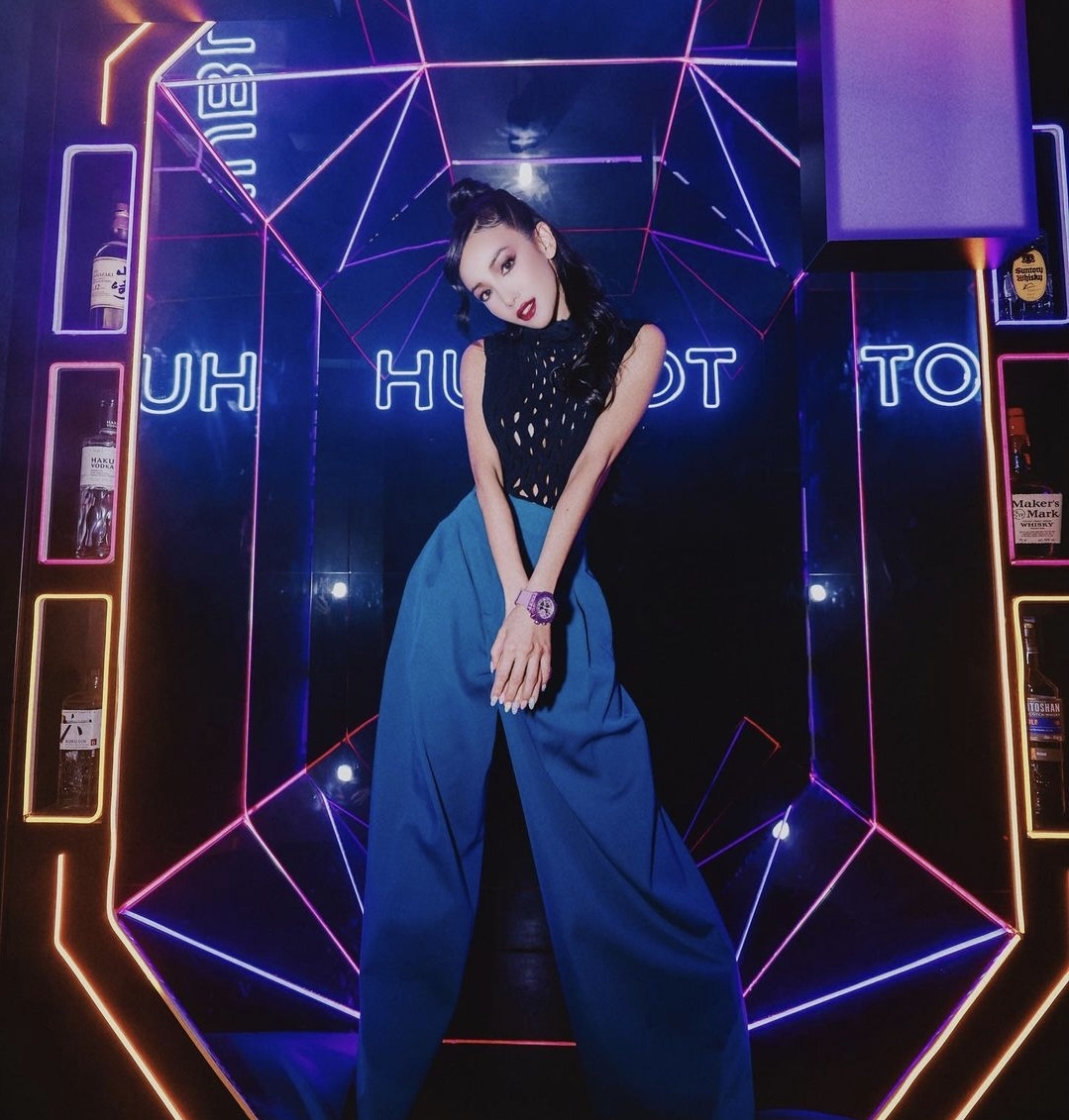 Also spotted at a Hublot party was Fiona, who turned heads with her netted top and baggy trousers. 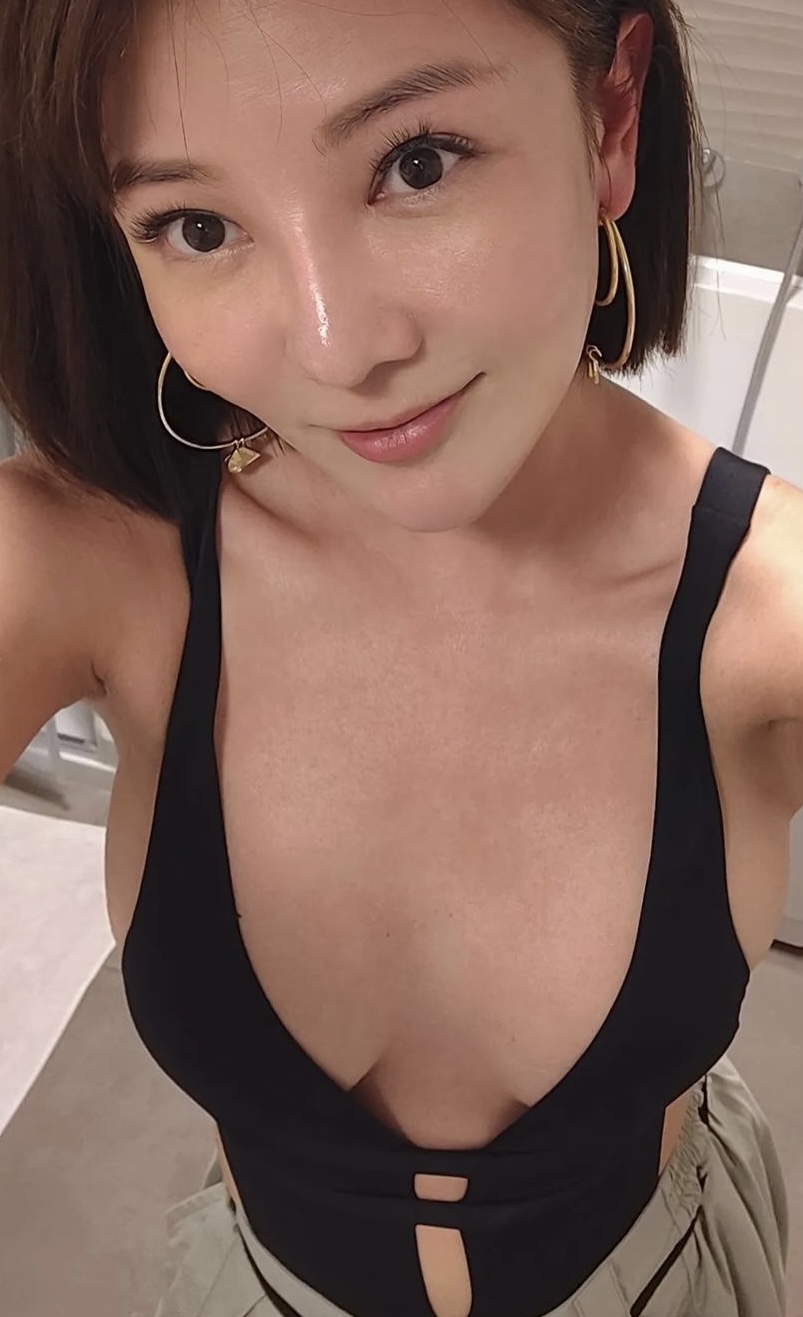 Bing Yu was trying to show off her long lashes on Instagram but we only have eyes for her sexy OOTD. And we're not the only ones. There were comments like "I am focusing on the wrong thing", "I have a nose bleed", and "Your eyelashes made my heart race". 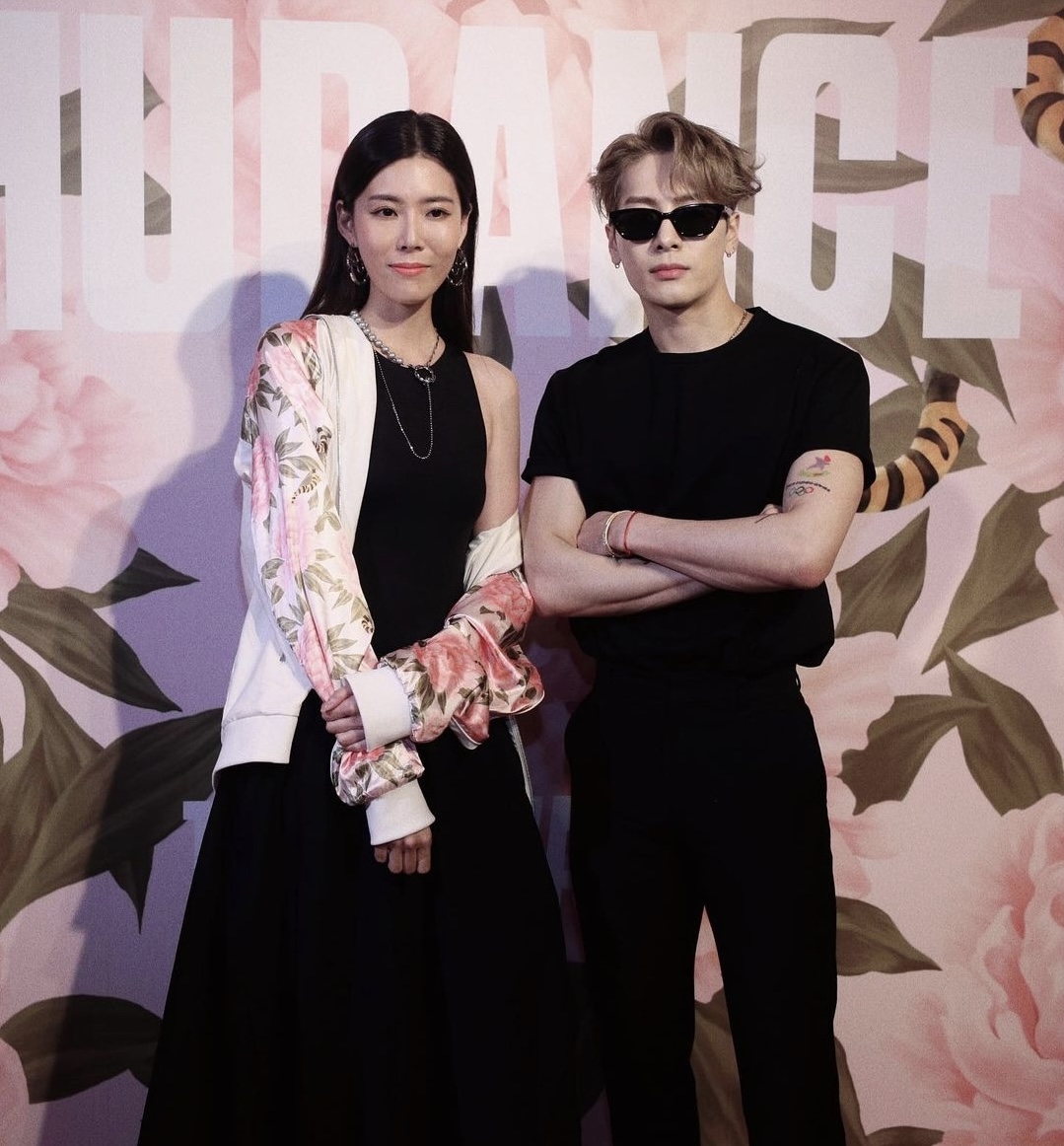 Also going for flower power was Carrie, who was spotted at Club21’s 50th anniversary party where Hongkong star Jackson Wang launched his new fashion line Mudance. Not only did she manage to snag a pic with the singer, she was also matchy-matchy with him (and the backdrop). 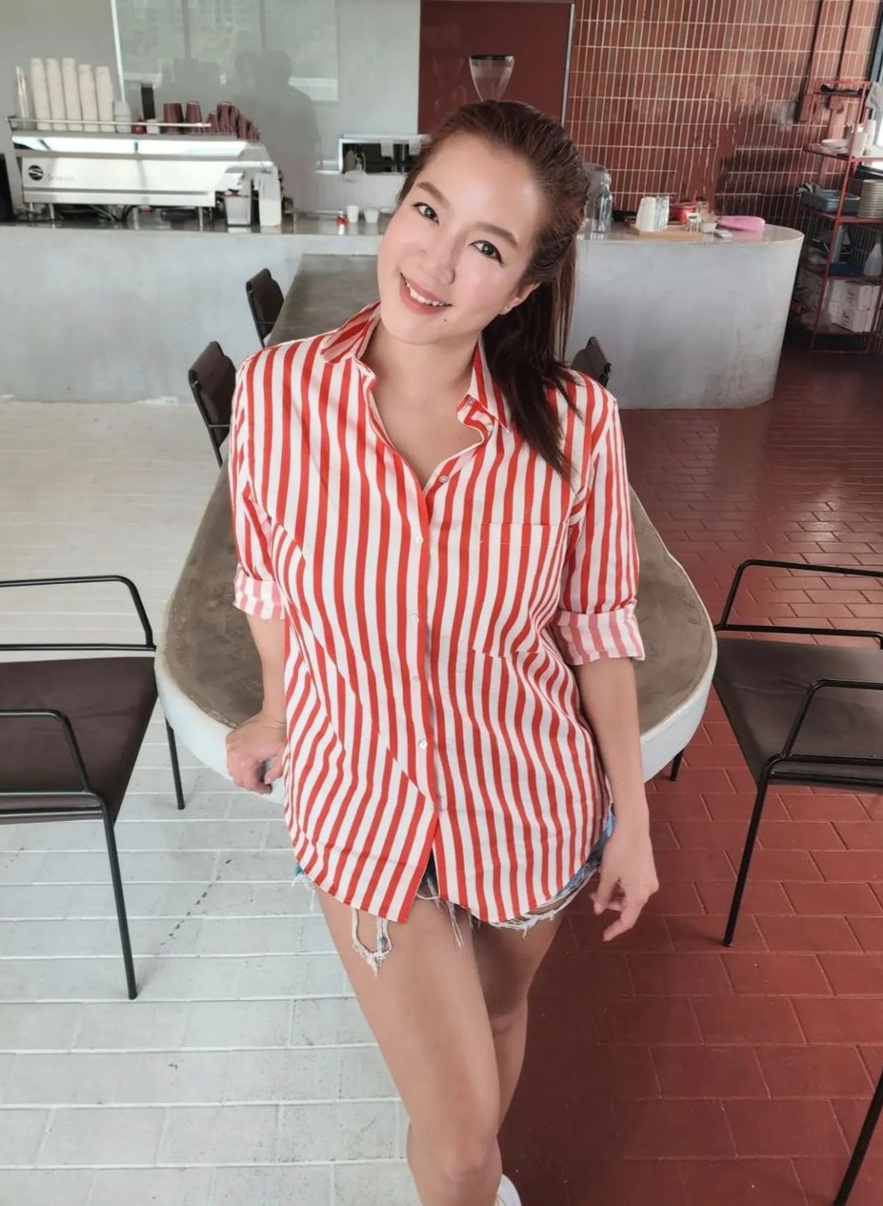 Rui En, who is performing at this year's National Day Concert tonight, sure is in a patriotic mood. The actress looked effortlessly chic grabbing coffee in a red and white striped shirt and her favourite denim shorts. Ivy, who recently met up with Sharon Au in Paris, looked radiant and easy-breezy in a halter neck dress while touring the Centre Pompidou. How is it that the 49-year-old practically looks the same as she did 14 years ago? 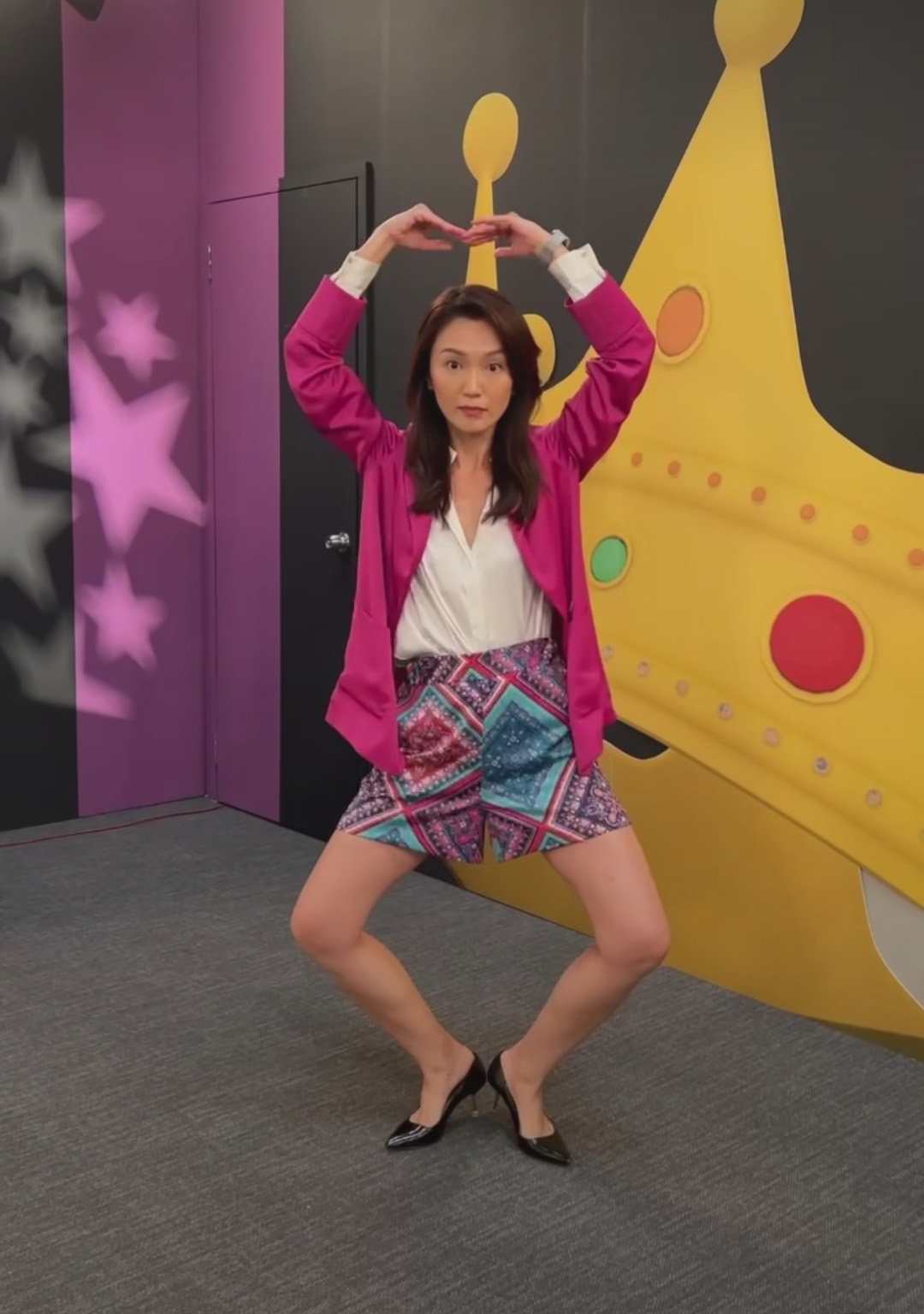 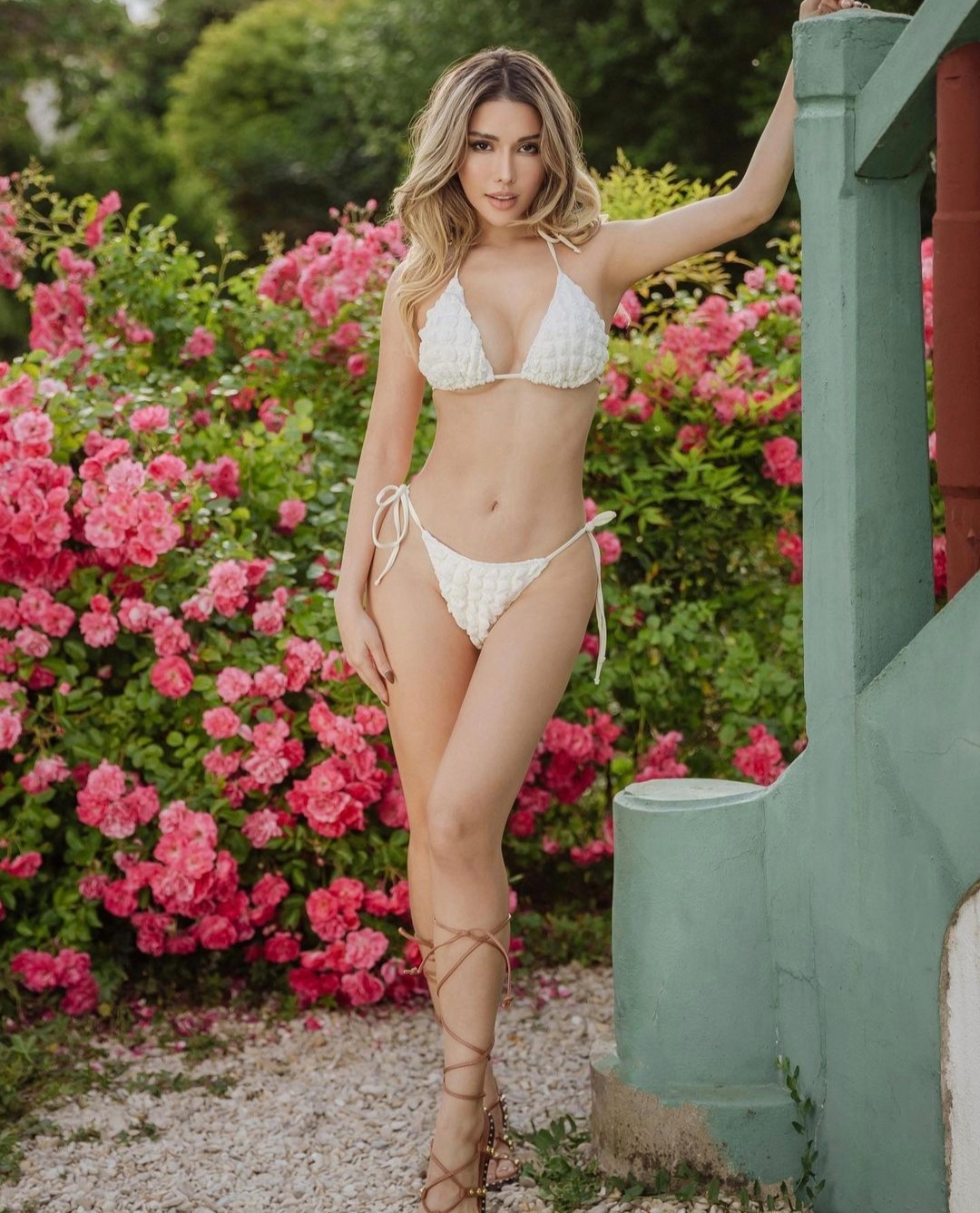 Who better to model pieces from the Shein x Jade Rasif collab than the creator herself? The Tanglin actress dripped confidence as she posed in a scrunchie bikini set for a photoshoot. For his appearance on the Sheng Siong Show, Jeremy donned a smart casual striped suit, pairing it with a beret for an eccentric touch. From the structured shoulders to the plunging neckline and glittery details, we love everything about Kimberly’s fabulous party frock. 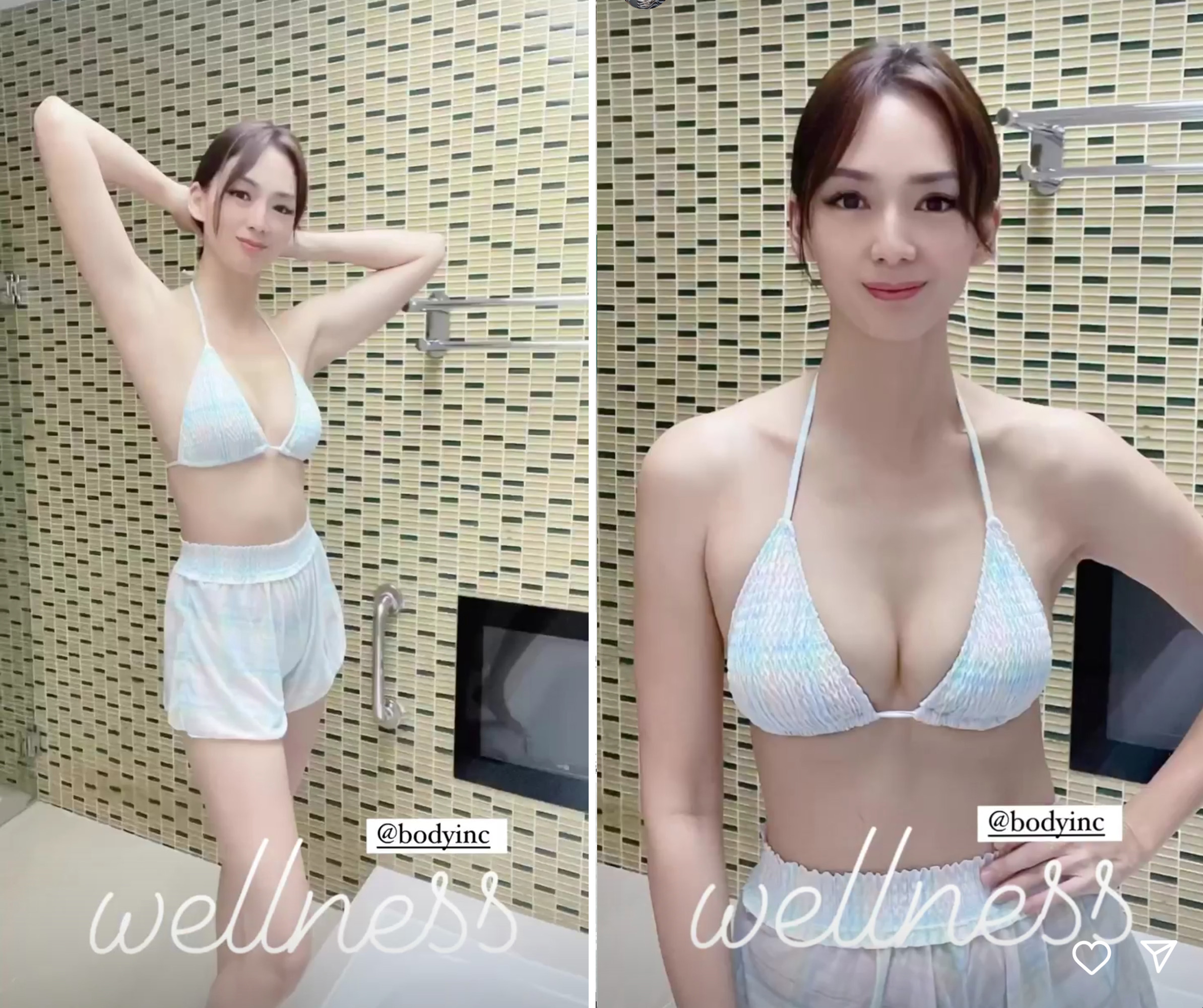 Giving Jade a run for her money was Jacelyn, who showed off her bikini bod in a pastel checked two-piece.

Decked in playful looking co-ords by Saturday Club, Cynthia nailed dopamine dressing (aka feel-good dressing) effortlessly. She even accessorissed her look with a sunny smile. 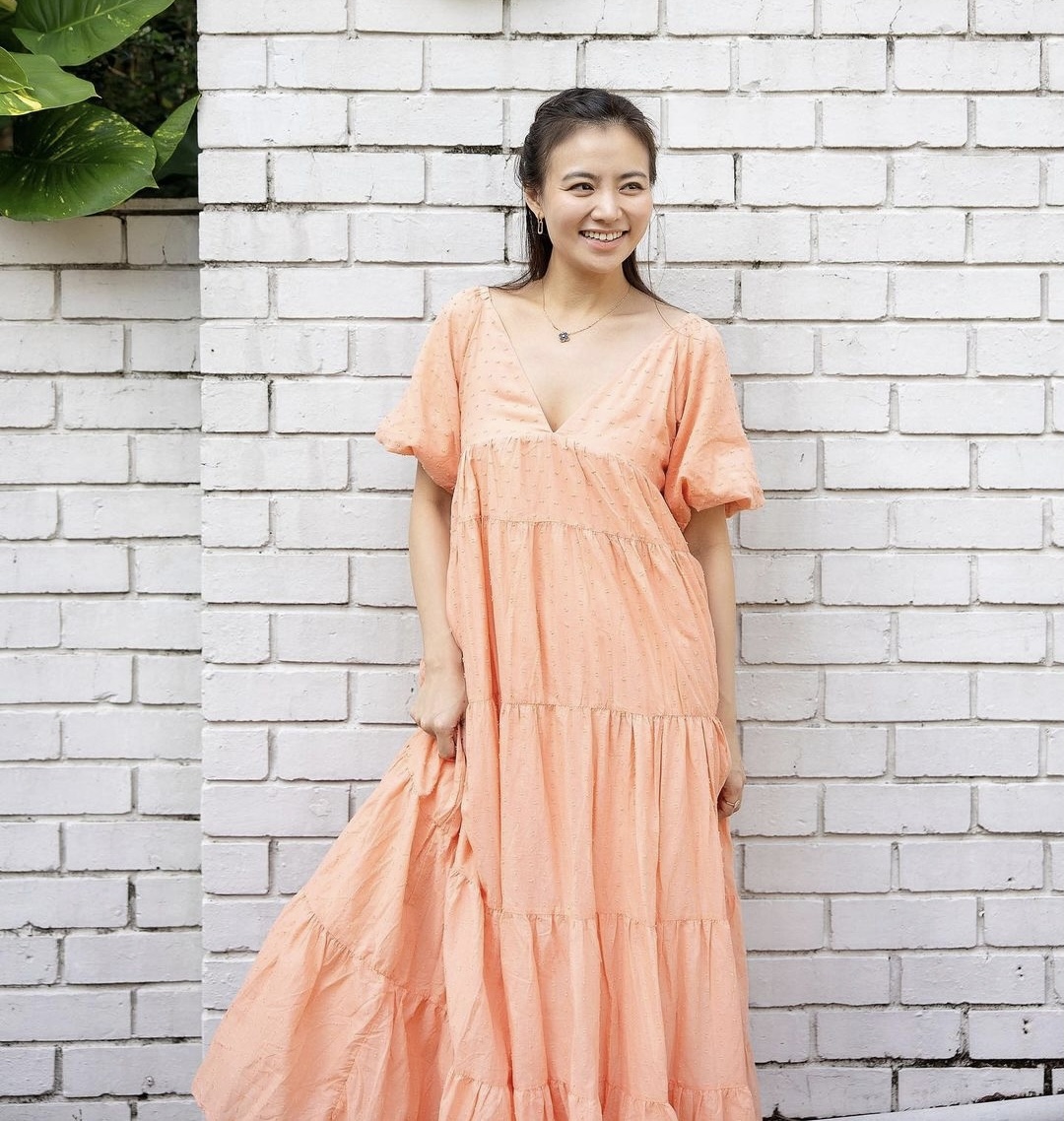 This pic of Cheryl in a flowy tiered dress by Pomelo Fashion perfectly sums up her cheery weekend mood. 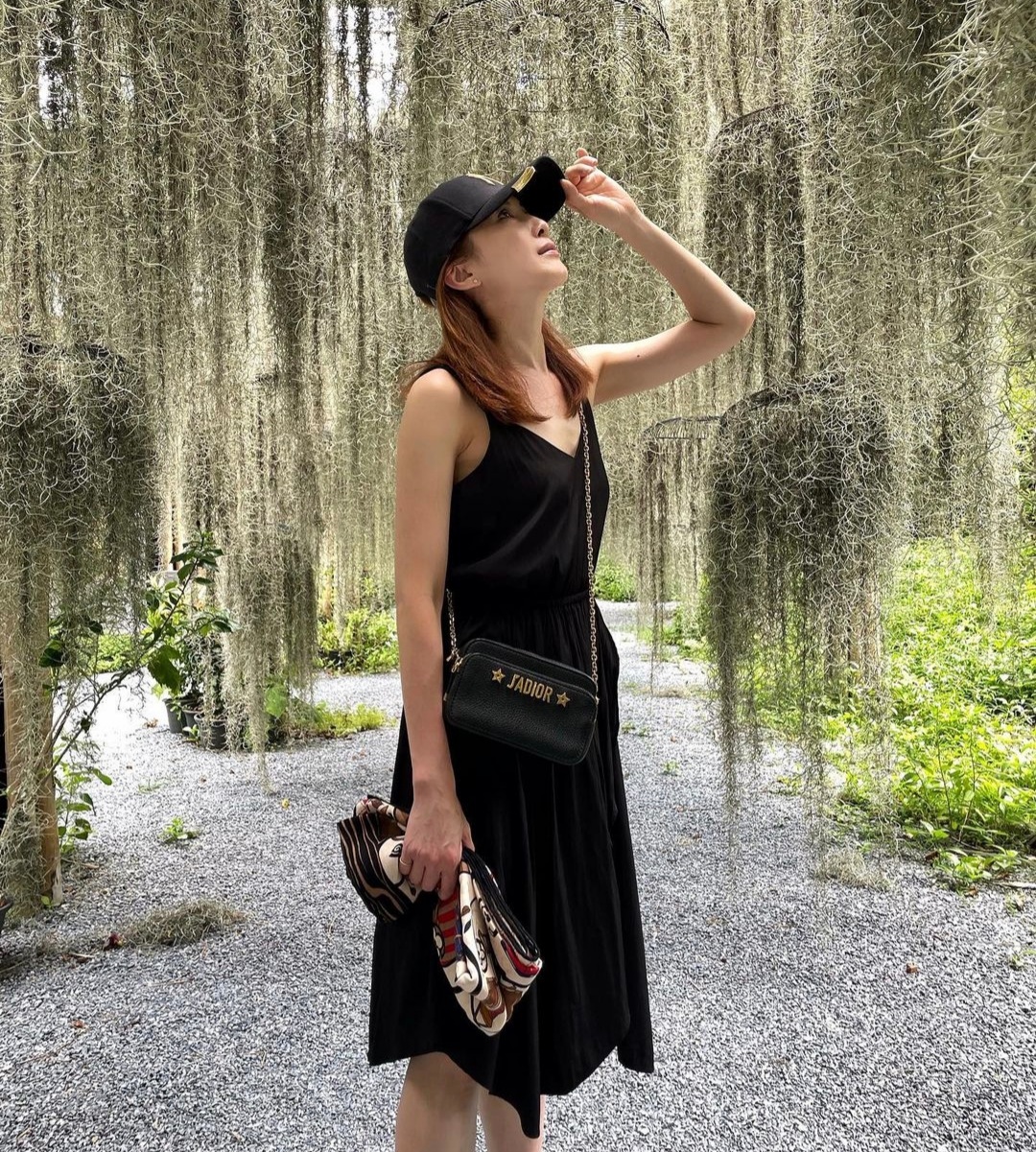 Jeanette — who just returned from her break — went for a minimalist aesthetic, pairing her strappy LBD with black and gold pieces for an effortless yet pulled together look. 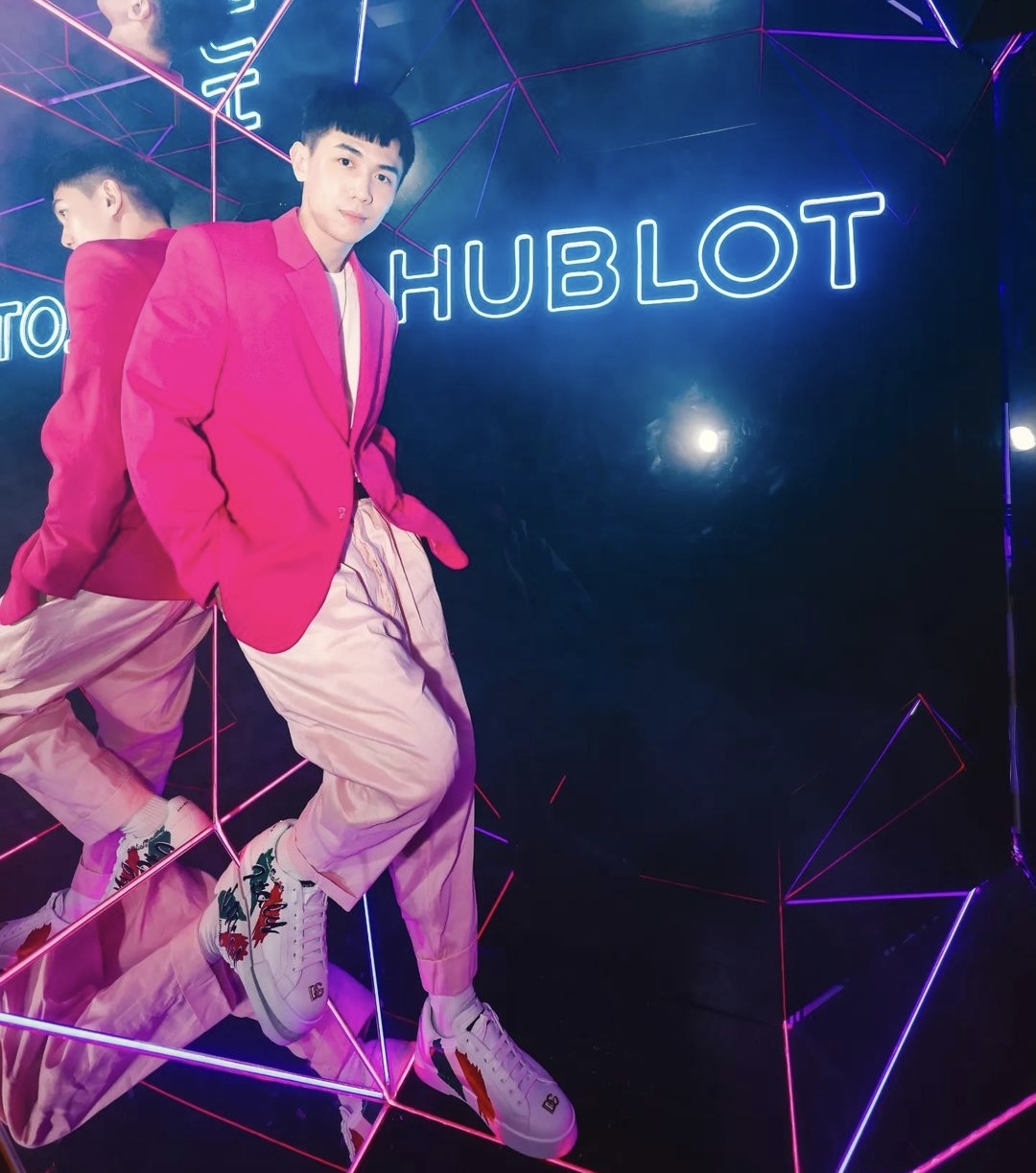 Few guys can pull off pink tonal dressing and Nick puts the case for how to do it like a pro. The actor, who was also at the Hublot party, played with different shades of pink to create a charming and standout look. 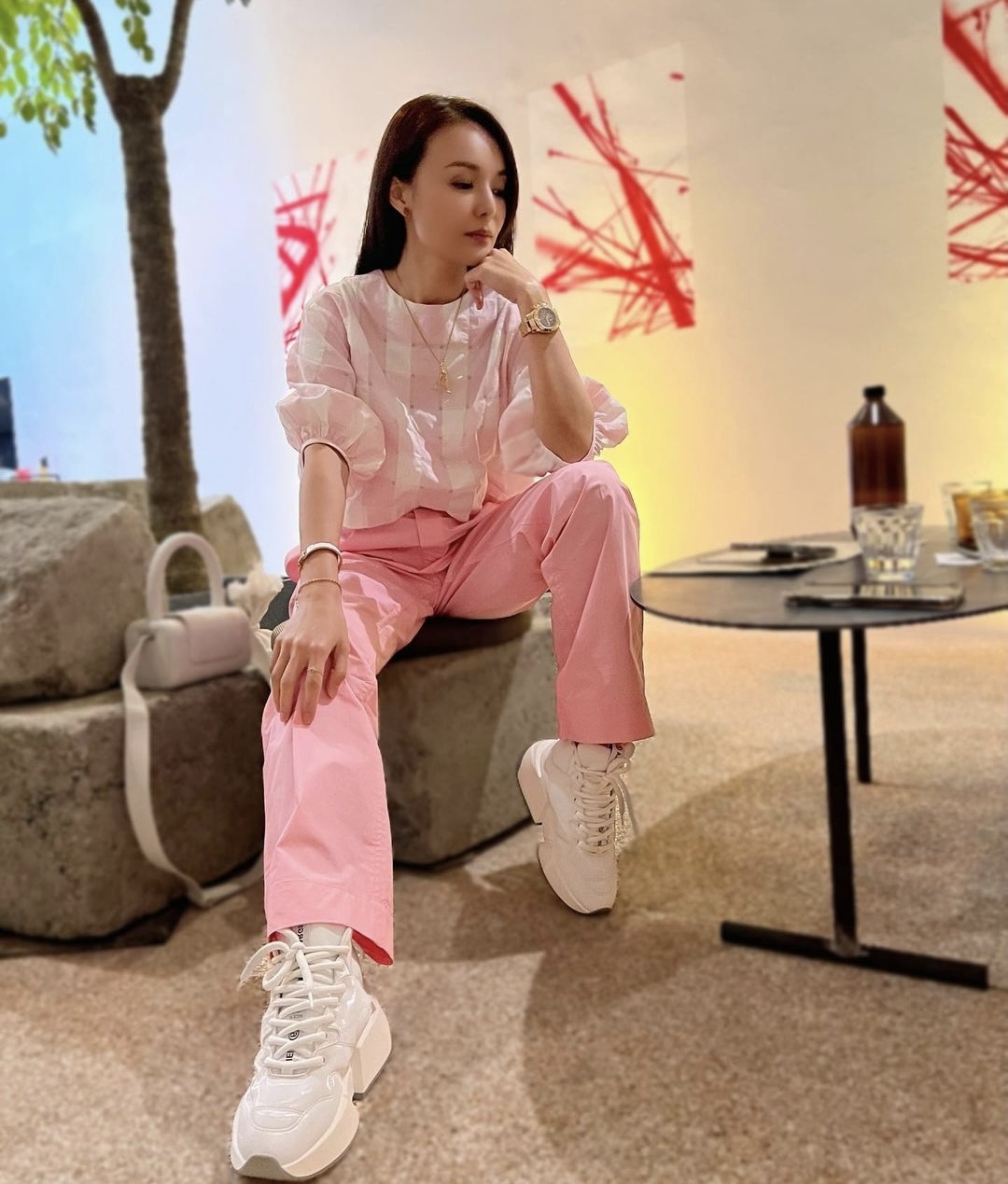 Okay, this is the last pink look, we promise. Apple contrasted her sweet get-up with a pair of chunky kicks for a chick OOTD.

The asymmetric and high low design on Mei Xin's denim dress makes it a conversation-starting piece. Looking good, Shu An. The actress enlivened her knitted matching set with a fun printed top and megawatt smile. 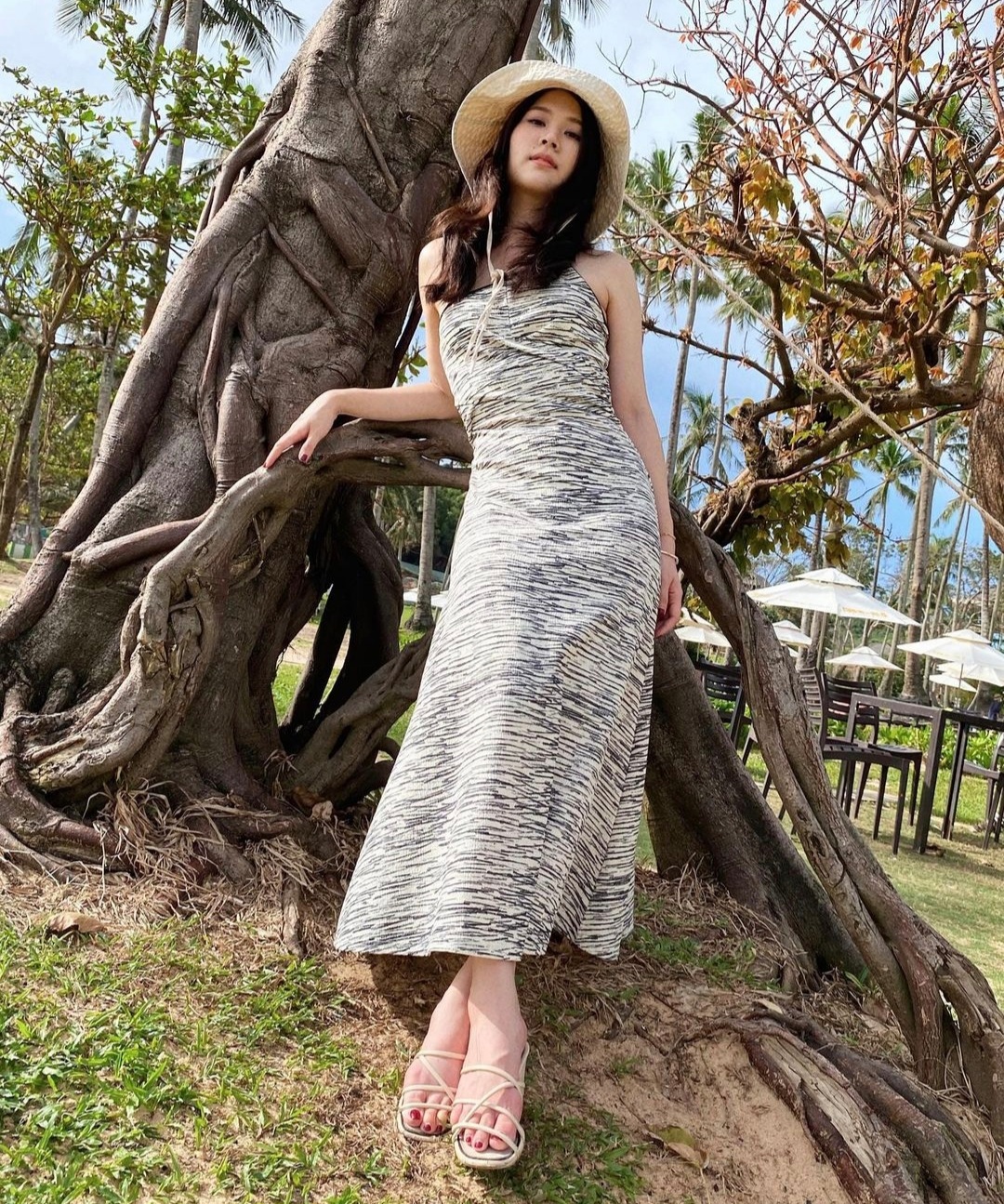 Michelle balanced out her printed dress with a nude sun hat and sandals, looking fresh and ready to spend the day outdoors.