SINGAPORE — A new set of guidelines to standardise the process of rehoming dogs was launched on Friday (Jan 14), with the aim of promoting greater transparency between prospective dog adopters and welfare groups. 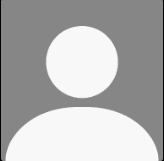 SINGAPORE — A new set of guidelines to standardise the process of rehoming dogs was launched on Friday (Jan 14), with the aim of promoting greater transparency between prospective dog adopters and welfare groups.

The guidelines also recommend science-based methods to train dogs, which include avoiding practices and tools that may cause pain and distress to the animals.

Animal welfare groups contacted by TODAY said that establishing these guidelines is a positive but insufficient step. This is because these organisations are already practising what is contained in the guidelines.

Instead, the groups would have preferred for these practices to be enshrined in law so that those who do not abide by them will face consequences.

At a briefing during the launch of the guidelines, Dr Chang Siow Foong, group director of professional and scientific services at Animal & Veterinary Service (AVS), stressed that the recommendations are “not meant to be prescriptive”.

“This is really to provide a set of comprehensive recommendations of best practices. And these practices were actually discussed quite comprehensively by the working group.”

The guidelines were developed by the Rehoming and Adoption Workgroup (RAWG), led by Mr Tan Kiat How, Minister of State for National Development,  and comprising stakeholders that include veterinarians, dog trainers and members of animal welfare groups.

Supported by AVS, a cluster under National Parks Board (NParks), it was formed in October 2020 on the heels of a high-profile case involving a dog that was adopted from a shelter and later on euthanised by its new owners.

The male dog, Loki, was adopted from animal welfare group Exclusively Mongrels in December 2017. It later developed aggressive behaviours that led to several biting incidents, including those involving a child.

Loki’s aggression persisted despite the owner’s various attempts to improve its behaviour, including sending it for training sessions for four months and giving it medication to soothe its anxiety.

The dog was euthanised in April 2020 without Exclusively Mongrels being informed beforehand. This led to public backlash along with a lawsuit by the group against the owners, for what it called an “outrageous” breach of the adoption agreement that required the owner to consult the group before taking any action.

The legal suit was dropped in November the same year after both parties reached a settlement.

This followed a series of focus group discussions as well as public consultation involving almost 4,000 respondents, 90 per cent of whom were dog owners.

The final list put forth guiding principles that should be followed for the adoption and rehoming of dogs. These include:

Key clauses of adoption agreements should also be made transparent to prospective adopters, the guidelines state, adding that each animal welfare group should develop its own policies based on the guiding principles.

The guidelines also delineate the specific roles and responsibilities for various parties throughout the pre- and post-adoption process. These parties include the animal welfare groups or shelters, adopters, fosterers, veterinarians and dog trainers.

Guidelines on canine training and behaviour rehabilitation emphasise the need to assess all underlying behavioural and medical needs before developing any training programme.

Dr Timothy Chua, president of the Singapore Veterinary Association, explained that this helps in improving the dog’s demeanour as it would rule out any otherwise unnoticed underlying causes for unsavoury behaviour.

“On top of that, there are also medical interventions that are possible for behaviour issues,” he added.

Instead, the guidelines recommend the internationally supported “least intrusive, minimally aversive” approach in training the animal, facilitated by a process that begins with an assessment of health, nutritional and physical factors that may affect a dog’s behaviour and removing triggers that may cause undesired ones.

There are tips to help owners identify a qualified dog trainer as well.

IF ONLY THERE WAS MORE ‘BITE’

While acknowledging these guidelines as a positive first step, animal welfare groups that spoke to TODAY agreed that they are insufficient, saying that the recommendations stipulated have long been carried out.

Ms Magdalene Eng, head of outreach and fundraising at SOSD Singapore, a volunteer-run organisation dedicated to the welfare of street dogs here, said: “SOSD wants to see these guidelines made into law and that there is proper enforcement to make sure these guidelines truly have ‘bite’ and are not merely ‘words’.

"SOSD would like to see the inclusion of the enforcement of these guidelines.”

Oasis Second Chance Animal Shelter said that it has already practised the recommendations, with a strong emphasis on meetings and home visits to ensure the best match for the dogs.

Its rehoming committee said: “Adoption of guidelines may not be implemented across the board as rehomers have a choice to selectively (use) only certain parts of the guidelines purely to suit their own needs.”

Ms Aarthi Sankar, executive director of the Society for the Prevention of Cruelty to Animals (SPCA), said that the guide provides more clarity as to where specific responsibilities lie, especially in unwanted cases where an adopter decides to resurrender a dog after adopting it.

SPCA already has a “robust” process when it comes to adoption, but Ms Aarthi said: “I think animal welfare groups have very different challenges, and very extenuating circumstances sometimes, in how they get their animals adopted.”

She has seen complaints by adopters who claim that they were not informed of certain conditions before taking home the dog, and she added that this is where guidelines may be useful.

SPCA hopes for legislation and enforcement to deal with “recalcitrant people”, but Ms Aarthi acknowledged that this process would take time.

Mr Kevin Neo, director of Exclusively Mongrels, which had rehomed Loki, questioned: “Where is the legal bite for all of these?